ST. GEORGE — Kaylee Gibb is not your typical 33-year-old mother of three.

For one thing, she’s currently recovering from a broken clavicle suffered when she crashed her mountain bike while attempting a backflip on her bike on a hillside in Virgin. She had completed the feat three times earlier in the day but, in her typical gung-ho fashion, tried it a fourth time and crashed. Hard.

The accident sidelined her for several weeks and it’s only been the past few that doctors would let her get back on her bike.

“They told me I could ride carefully, but no jumping,” she said.

“That’s the first time we know of that a woman has completed a backflip on a mountain bike on natural terrain,” said her husband, Ryan Gibb.

“We’re going to try it again this year and officially make it into the Guinness World Records,” Kaylee Gibb said.

To prepare for that unique backflip jump, she had a 25-foot tall ramp built in the backyard of her brother’s business in downtown St. George earlier this year.

Building the ramp was a challenge because the Gibbs had never built one.

“We went through a lot of changes because we didn’t know what we were doing,” Kaylee Gibb said. “A neighbor used his small tractor at first but that didn’t work and we had to bring in a machine. We even had a professional bike rider come in to help but he’d never built one either.”

A 15-foot dirt mound was created and then a 10-foot platform added on top. A pulley system let her hoist her bike from the dirt portion to the platform before going downhill.

Kaylee would roll down the ramp, across the yard, up another shorter ramp, flip backward and land in a 30-foot long airbag.

The ramp was taken down in May after the property was sold.

Although she was born in Iowa, she’s a Canadian citizen after marrying Ryan Gibb, who grew up in Calgary.

Ryan Gibb, a noted filmmaker and director, and Kaylee live with her parents in St. George during the winter months and then retreat to Rossland, British Columbia, during the summers with their three children, Alora, 6, Titan, 4, and Kya, 2. The two younger children are named for characters in “Willow.”

This will be a busy summer for the couple because Ryan Gibb is starting his second movie, which will feature Kaylee Gibb. They will begin filming in Canada this summer and complete filming in the St. George area this fall and have the unnamed movie ready for release in the fall of 2019.

The St. George area will be featured in the movie because it’s a mecca for bike riders of all levels.

“Riders from all over the world come here, some live in their trailers and train in the winter months because the weather is more favorable,” Ryan Gibb said. “I know a few who have tried to talk their wife or girlfriend into buying a second home here.”

Ryan Gibb created the mountain biking film “Life Cycles” more than eight years ago. The 45-minute film features some of the top riders in the world in a variety of locals doing some incredible things on a mountain bike.

Ryan Gibb was a sponsored freerider, or stunt rider if you will, before turning his attention to filmmaking at Brigham Young University after completing a mission in Tucson for The Church of Jesus Christ of Latter-day Saints.

“I figured it was a good way to combine my two passions – biking and filmmaking,” he said.

However, his first big film break came when he was hired to film the documentary,”199 Lives,” featuring motorcycle stunt rider/promoter Travis Pastrana. That led him to a connection with Pastrana’s sponsor, Red Bull, and more filmmaking opportunities. He has filmed several short promotional films for various sponsors but now spends most of his time traveling and directing TV commercials for clients like Budweiser, Honda and McDonald’s.

When St. George News talked to him, he had recently returned from directing a commercial for McDonald’s in Uruguay.

The couple plans to build a better practice ramp this fall when they return to the area.

“We’ll probably find a place to live in Hurricane so we’re closer to Virgin,” Kaylee Gibb said. “It will be bigger and the airbag will be twice as big.”

They met in 2004 at the annual Red Bull Rampage near Hurricane. They married in 2008 in St. George but have split their time between St. George and British Columbia.

Their summer home is near Whistler, a world-renowned skiing and biking mecca, and Kaylee Gibb trained there for seven years, between having children.

“She has kind of max’d out riding there,” Ryan Gibb said. “She’s done things many of the guys won’t attempt to do.”

Kaylee Gibb’s fearless, never give up spirit, is part of the nexus behind the upcoming film project.

“Biking is a male-dominated sport, unlike skiing,” Ryan Gibb said. “But more and more females are getting into it.”

He explained the central character is a professional bike rider with two children and he tries to give them advice about life along the way and women fill a big role showing it’s never too late to pursue your passion.

That’s where Kaylee Gibb comes in.

“She asked if she could be in it and I said, ‘Why not?'” Ryan Gibb said. “We want females to be well represented.”

However, she said she wanted to do the backflip first.

“One of my life goals was to do the backflip before I was 30, but the kids got in the way,” she said.

Now that she’s accomplished the backflip goal, she’s excited about the new movie project. “Ryan wants to create a legacy piece for the kids,” she said.

He added, “My kids aren’t going to show their friends the chocolate milk commercial I did.”

But they will probably show the friends the video of Kaylee Gibb spinning backward on her bike high above the red Utah dirt below. 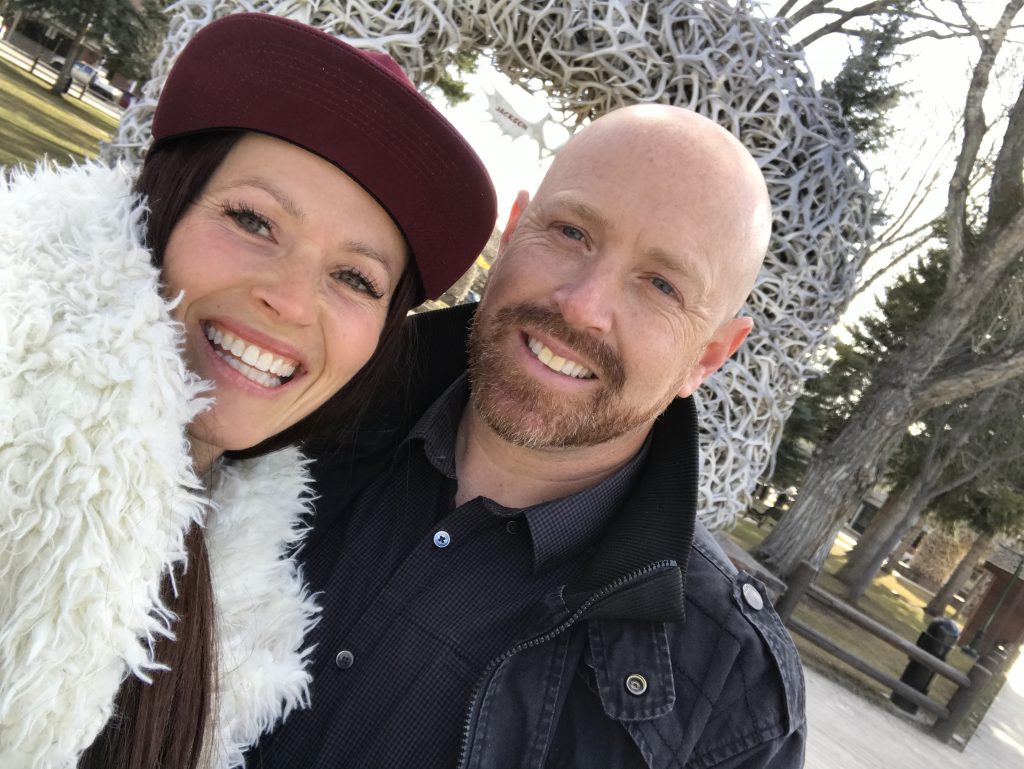 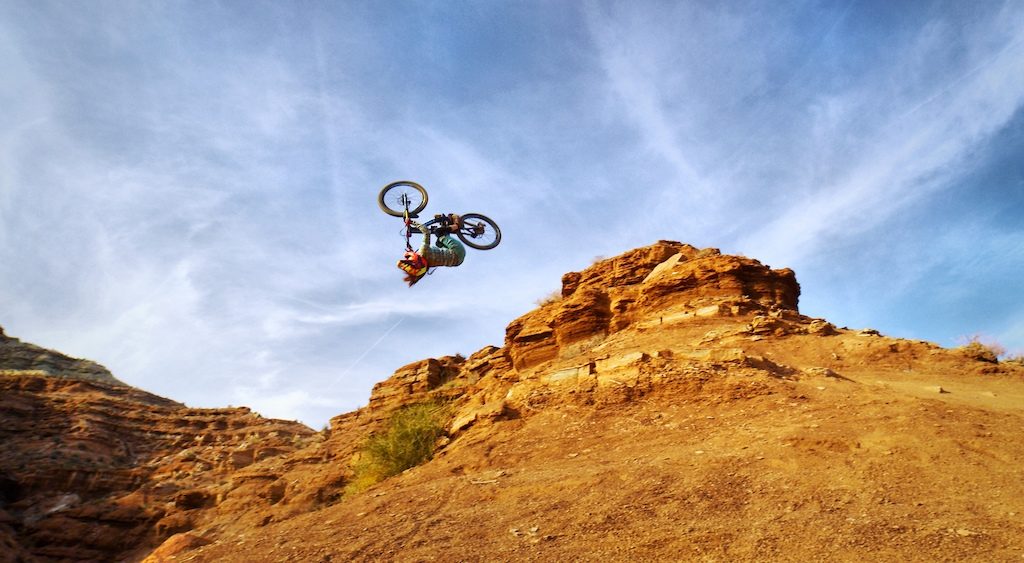 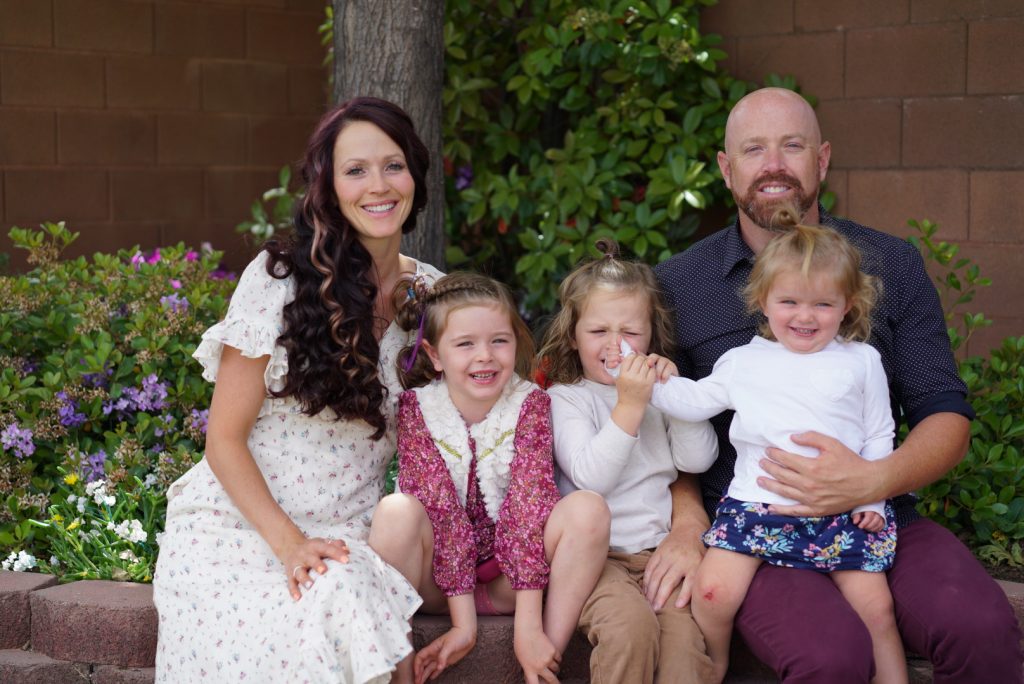 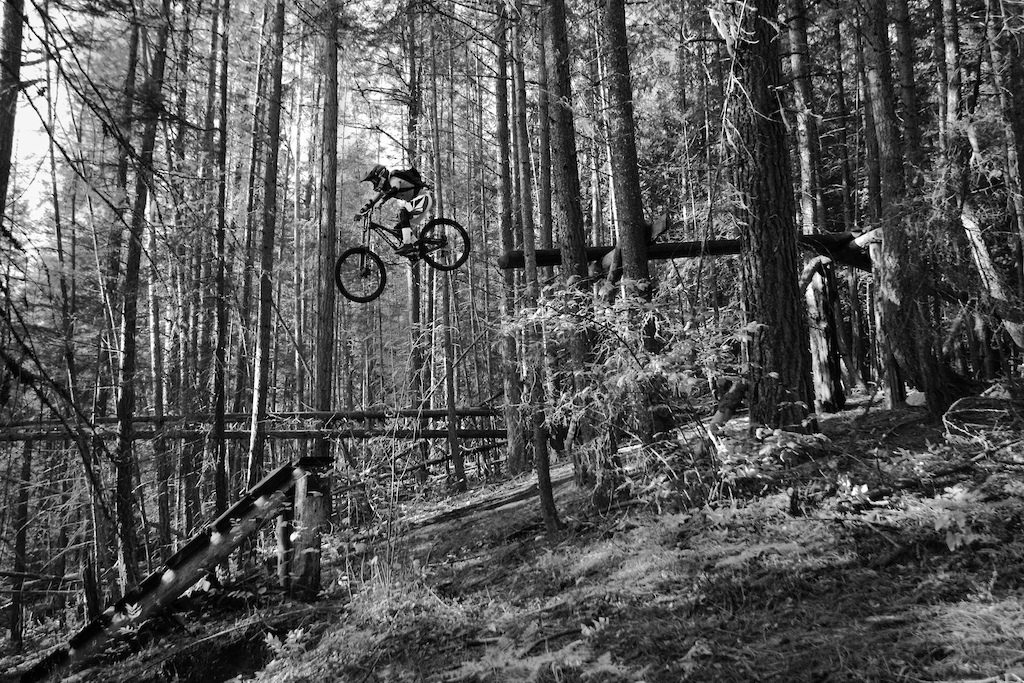 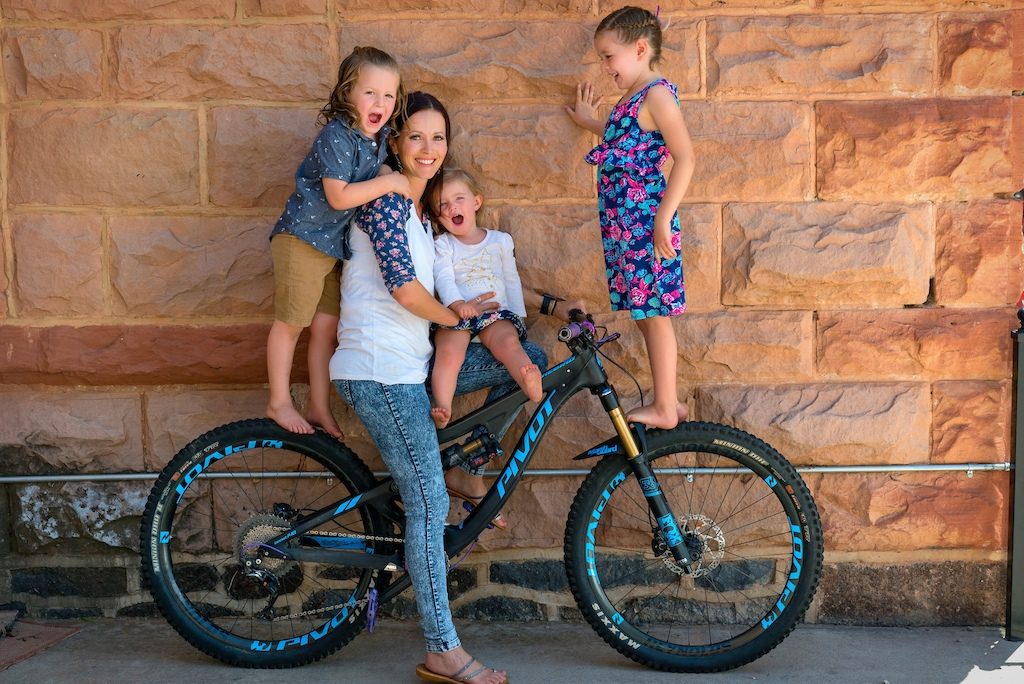 Kaylee prepares a practice run on the ramp they built in the backyard of a downtown St. George business. Mar. 28 2018, St. George, Utah | Photo by Ryan Rees, STG News 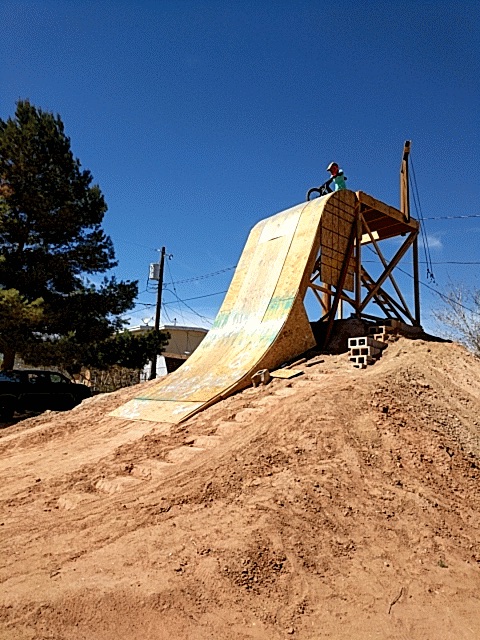 Kaylee Gibb prepares for a practice run on a ramp built in the backyard of a downtown St. George, Utah, business, circa March 2018 | Photo by Ryan Rees, St. George News

Ryan R Rees has been a writer, editor and public relations representative the past 50 years in Utah, Southern California and Georgia. Born in northern Utah, he comes from pioneer Mormon stock, some of which helped settle St. George in the 1800s. His son, three grandsons and their families live in West Point, Utah. He and his wife, Marilyn, moved to Ivins from Georgia where they have lived the past 35 years.