FEATURE — In Southern Utah there are places to buy doughnuts and then there’s Daylight Donuts’ on Bluff Street in St. George. They’re in a league of their own.

Made from scratch and served fresh daily Monday through Saturday, Daylight Donuts aims to take the cake when it comes to serving the best doughnut in Washington County.

And in celebration of National Doughnut Day, the purveyors of these practically perfect treats plan to do it up in style, offering the community not only their full menu of delicious doughnuts but also a few surprise specialty treats in honor of the sweet holiday.

Start the day at Daylight Donuts

Part of a worldwide network of independently owned retail doughnut outlets, Daylight Donuts has its origins in Tulsa, Oklahoma.

The Daylight Donuts in St. George website said this of the chain’s beginnings:

In 1954, Tommy and Lucille Day set out to create a new kind of donut mix. The Day’s light donut recipe became Daylight Donuts.

The couple founded the store on the belief that “not all donuts are created equal.”

Today the owners of the St. George store remains passionate about what they do, continuing the mission to creating the best homemade quality doughnuts available in the area.

To the Daylight Donut chain, that means confections that are light in texture, melt in the mouth and are never stale or leftover from the previous day.

“I think fresh is key,” said owner Shaunna Durante. “We’re the only ones that make everything from scratch everyday.”

Daylight Donuts offers a wide assortment of doughnuts – from cake to raised – as well as specialty doughnuts, like their famous “pinecones,” which are a sort of pull-apart cinnamon roll shaped like a pine cone. And of course you can’t go wrong with doughnuts with interesting fillings like key lime, lemon and raspberry.

“I think our cake doughnuts are the best I’ve ever had,” Shaunna Durante said, adding that she is partial to the cake-style and prefers their blueberry cake doughnut to any other in the shop. Shaunna’s husband and co-owner, Bill, says he enjoys the Bavarian cream bismarks.

When it comes to the customers, one of the most popular doughnuts at the store remains the old fashioned glazed doughnut, a classic that Bill Durante said will never go out of style.

From new beginnings to never sold out

Shaunna and Bill Durante recently took over ownership of the Daylight Donuts in St. George after being loyal customers and longtime admiring fans of the shop. The couple also owns Rocky Mountain Chocolate Factory in the Shoppes at Zion in St. George.

Though the Durantes are new to the store, they are intent on maintaining the quality of doughnuts and the hometown feel that customers have come to know and love about the shop, while also bumping up production so nobody has to see the “sold out” light turn on.

“We don’t want our customers to come at 10 a.m. and say ‘Oh, they don’t have any doughnuts,'” Bill Durante said.

Though construction on Bluff Street has made it more difficult to gauge how many doughnuts they need each day, Bill Durante said he is hopeful that they will be able to continue to meet their customer’s needs.

The couple is also in tune with the larger community’s desires and hope to open another Daylight Donut retail shop in Washington County as soon as they are able.

In the meantime, the St. George location also offers delivery and catering services for weddings, parties and special occasions and will work with the customer to create specially designed flavors or shaped doughnuts.

“We are a small, hometown business, and we want people to feel that family business feel,” Bill Durante said. “We just want them to know who we are, that we have a quality product and that we care.”

National Doughnut Day was started in 1938 by The Salvation Army in Chicago. The holiday began as a fundraiser for the group and as a way to honor volunteer members of the Salvation Army who went to France during World War I and set up huts to serve baked goods and provide other needs to the soldiers.

Serving baked goods so near to the front lines proved to be difficult for the volunteers, so two women – Salvation Army “Lassies” – named Margaret Sheldon and Helen Purviance came up with the idea of frying doughnuts. The treats were a hit.

A tweet from the Salvation Army’s northern division said this of National Doughnut Day:

In some cities, including Chicago, the day continues to act as a fundraiser for the Salvation Army.

There are also historical accounts of volunteers from the American Red Cross serving doughnuts to soldiers during World War II.

Today the delicious holiday is celebrated in the United States on the first Friday of June and is more typically seen as an excuse to eat doughnuts.

“Who doesn’t need a good excuse to go get doughnuts?” Shaunna Durante said.

Friday will be the first National Doughnut Day for the Durante’s and Shaunna said their bakers will be working through the night and morning to be sure the store is stocked with fresh doughnuts made from scratch until they close their doors.

Daylight Donuts is open Monday through Saturday from 5 a.m. to noon. The store is located at 435 N. Bluff St. in St. George. To view a menu or learn more, visit their website or follow them on Instagram and Facebook. 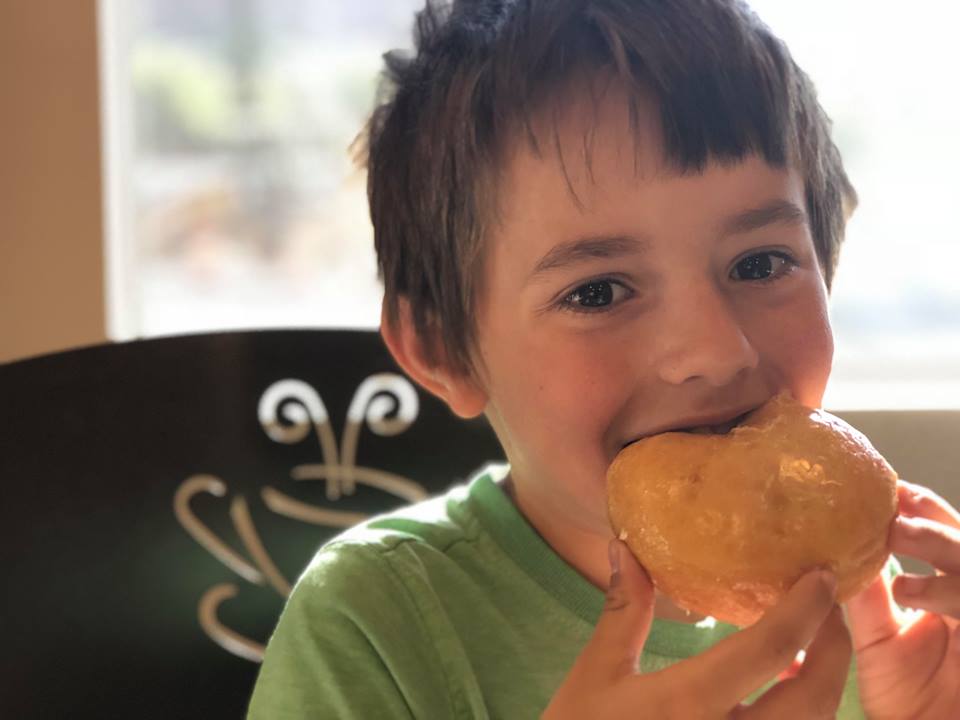 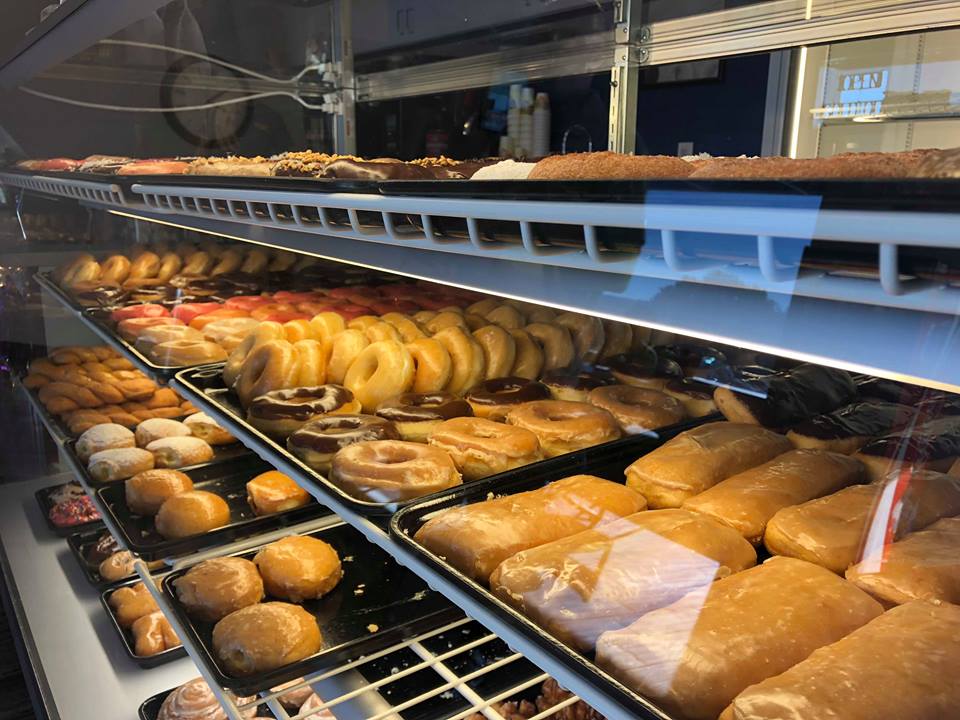 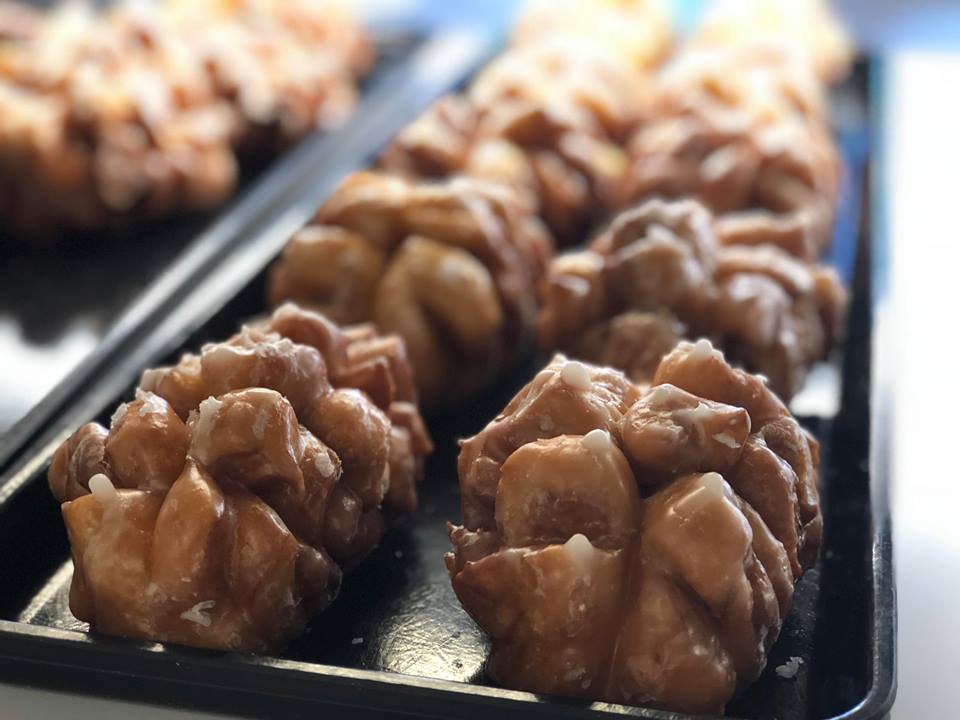 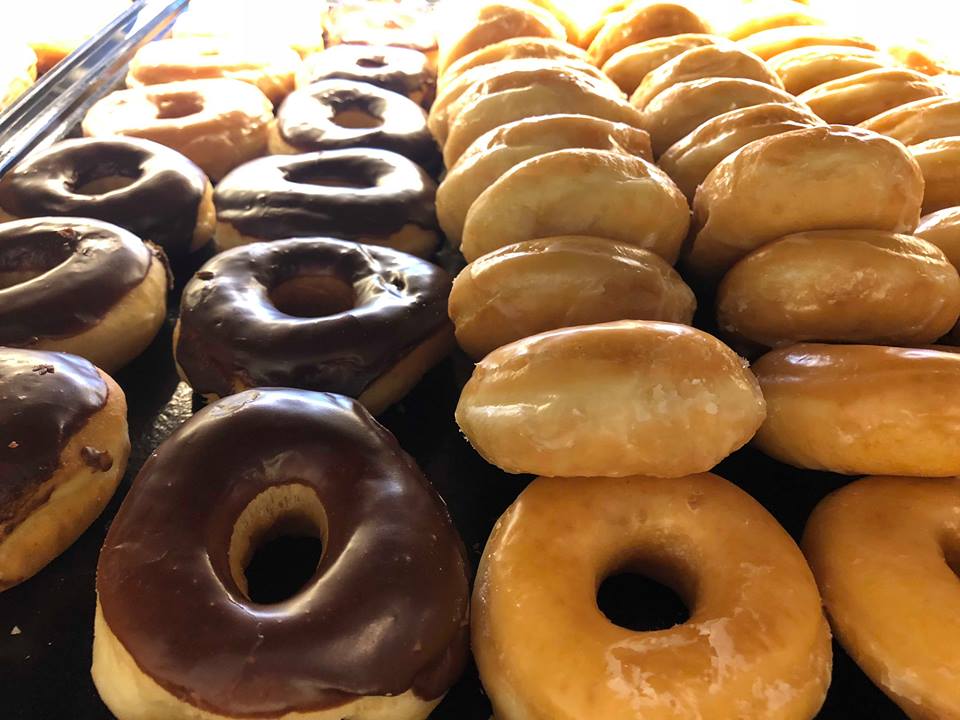 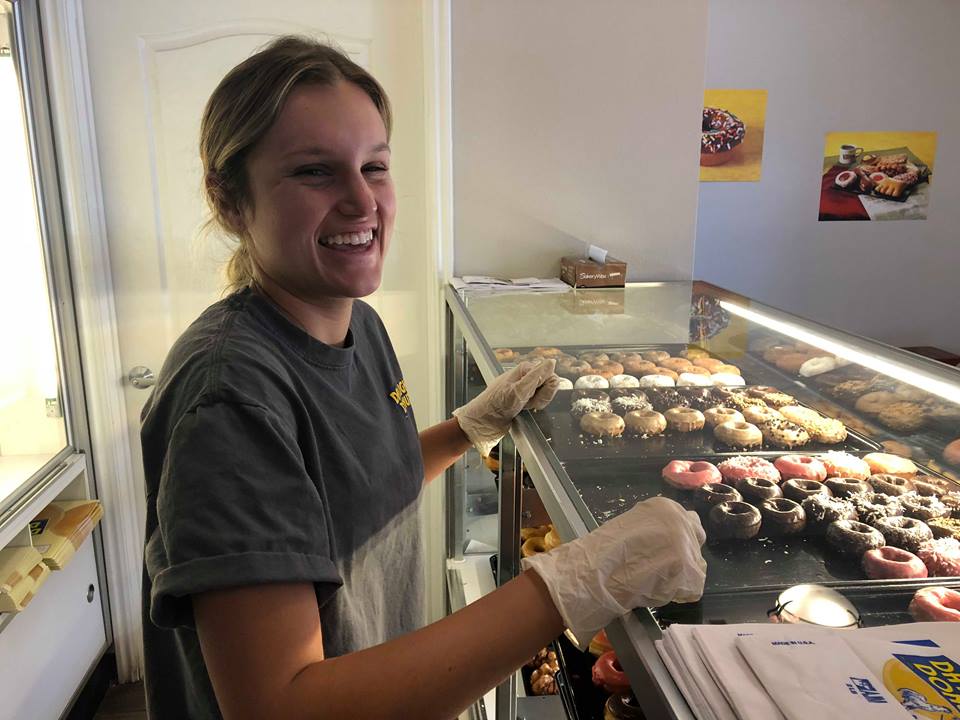 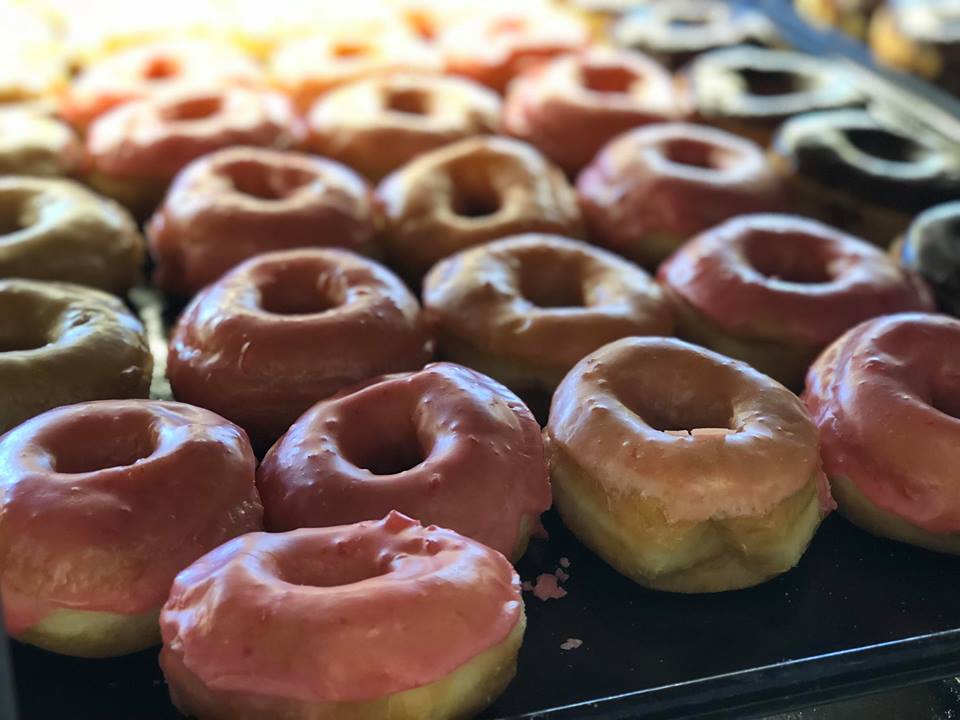 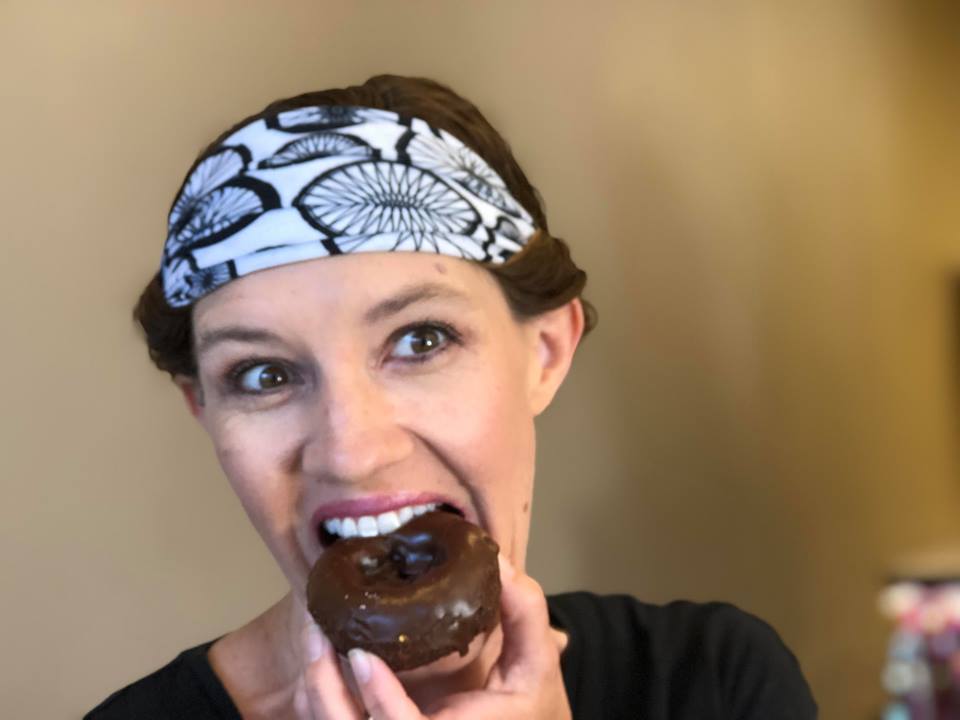 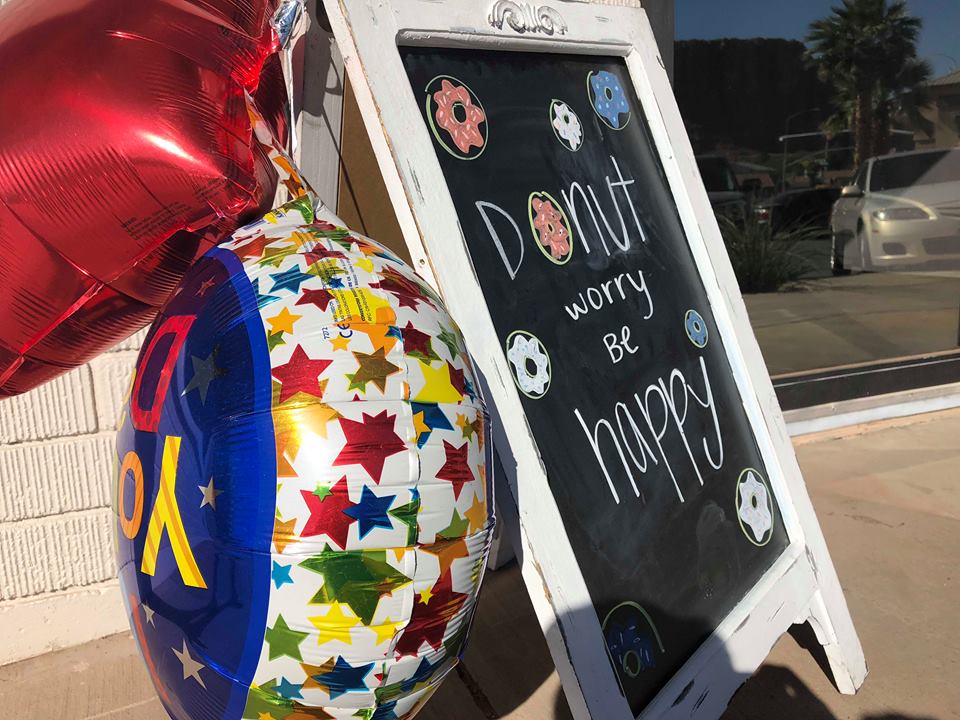 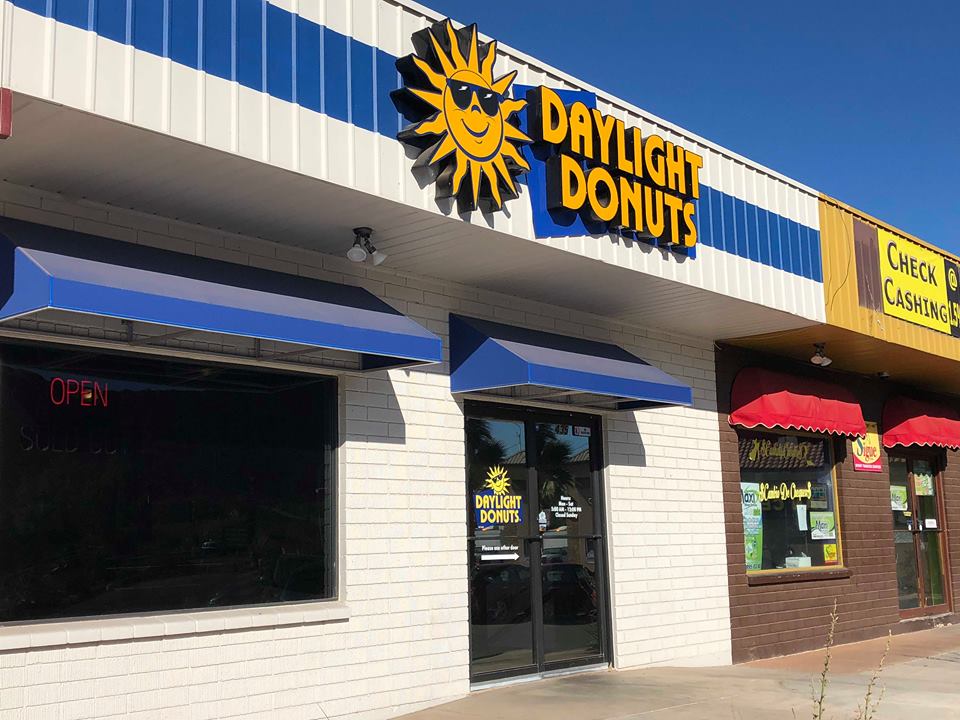 On the Hunt: The best pies for National Pi Day