HURRICANE — It’s a tale of sagebrush rebellion meets rodeo stardom – a chronicle of a family of ranchers who produced three saddle-bronc riding world champions and plenty of other young men seeking that same title.

The New York Times’ Pulitzer Prize-winning journalist and author John Branch came to Hurricane Monday night to talk about his new book, “The Last Cowboys: A Pioneer Family in the New West,” which provides an intimate portrait of the Wright family, headed by Hurricane natives Bill and Evelyn Wright, who are trying to make a living as ranchers in a changing environment while encouraging and watching their sons and grandsons rise to fame as professional rodeo giants.

Thanks in part to the Zion National Park Forever Project, which included the event as part of its regular lecture series, Branch made a stop at the bleachers behind the Hurricane Valley Heritage Museum to tell the story of his book and how it came to fruition as well as to autograph copies of it.

Branch, who has been making the rounds in California first and in Salt Lake City last Saturday, said that of all the stops on his book tour, Hurricane (and he made sure he got the pronunciation of the town’s name right) was the stop he was looking forward to the most because it is close to where the action in the book takes place. In most places he presents, he has to explain who the Wright family is, but not in Hurricane because here people already know about Wrights and some even know them personally.

Another thing that made this stop special was that the subject matter of the book was sitting right in front of the audience. Bill and Evelyn Wright, parents of what some would call the Wright family rodeo dynasty – seven sons and six daughters – sat with Forever Project Executive Director Lyman Hafen, who served as master of ceremonies, and Branch to answer questions about their lives and their experiences chronicled in the book.

First, however, Branch, who is primarily a sports reporter for The New York Times, told about the genesis of the book, which sprung from his desire to write stories that people have never heard and as well as a conversation he had over breakfast while attending the National Finals Rodeo in Las Vegas with his former executive editor at the Fresno Bee, the late Charlie Waters. Waters told Branch about the Wright family and that they would be something even New York readers might want to hear about.

That conversation eventually prompted Branch to call the Wrights and visit them at their property on Smith Mesa to meet the family first-hand to write an article about them. Branch admitted that little did he or the Wrights know where that first meeting would take them, but it was that first meeting that showed him what a kind, down-to-earth family they are.

The example Branch cited to back him up on that is his description of that first meeting on Smith Mesa, during which every family member was extremely nice to him. He told the story of being an hour late when he first met the family member who would show him the way up to the mesa and he didn’t realize he was late until that evening because he didn’t look at his phone until he left. Before departing, he said he asked Bill Wright if it was 6:30 but the family patriarch told him it was actually 7:30. Branch said the fact that no one in the family made a comment about his tardiness is a testament to their character.

To write the book, Branch said he “embedded” himself with the family over the last few years. In the volume, he tells the tale of their rodeo success, getting inside the Wright boys’ heads as the try to ride a bronc for eight seconds, but also showing through words the challenges of ranching in a day when developers are clamoring to build on land that has been grazed for generations while on the other side conservationist groups want to do what they can to preserve it from development.

After Branch’s opening remarks, Hafen sat down with the Wrights and Branch for a question and answer session. Hafen asked the Wrights what they thought of their life being recounted in a book. Evelyn Wright admitted that they are private people and were a little reluctant, but that Branch just had a way to make them feel comfortable about it.

After the article was written and Branch approached them about taking it a step further, Evelyn Wright said she responded with: “How much more can you say about one family?”

Bill Wright, who was the last ditch rider along the Hurricane Canal, said that at first he didn’t want the book written and when he read one of the first drafts he thought, “This book is too honest.” He said he was surprised at all that Branch noticed from the family’s comings and goings to write about.

“He didn’t portray me as a perfect person in my eyes,” Bill Wright noted, explaining that it was a good thing.

Bill Wright said he consented to the book moving forward so it might encourage people to live their dreams and do things differently if they choose to.

Hafen asked both of the Wrights what their hopes and dreams are for the future, to which Evelyn Wright responded, “We don’t make plans – we just get up every day and are thankful to be alive.”

Bill Wright said he hopes his family members can still live the culture that helped raise them and hopes to continue ranching on both his Smith Mesa property and his spread near Milford.

“We have a righteous pioneer heritage and we hope to keep it going,” Evelyn Wright said.

So far they’re keeping it going. For instance, one of the only times the whole family is together other than Christmas, is branding time, Evelyn Wright said.

Hafen noted that the Wrights’ story is ever evolving with the rodeo fortunes of the sons and grandsons and decisions on the future of the Smith Mesa property, which borders Zion National Park.

Branch said the book’s ending definitely leaves the reader wondering what will happen next. And that “next” is yet to be decided. 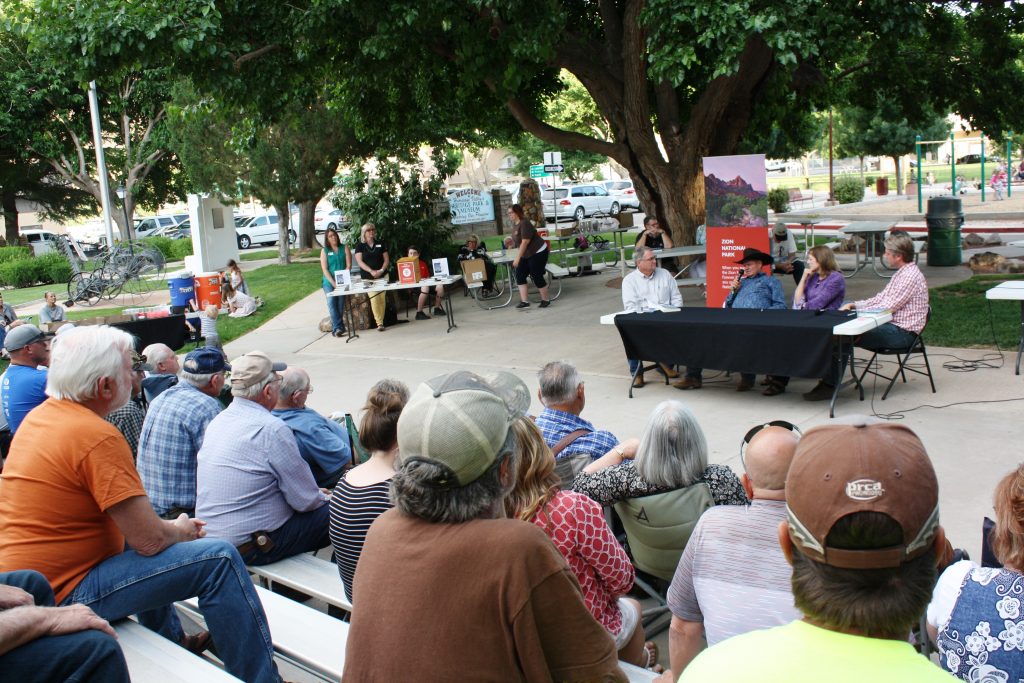 The audience listens to a question and answer session with Bill and Evelyn Wright, parents of the Wright rodeo family behind the Hurricane Valley Heritage Museum, Hurricane, Utah, May 21, 2017 | Photo by Reuben Wadsworth, St. George News 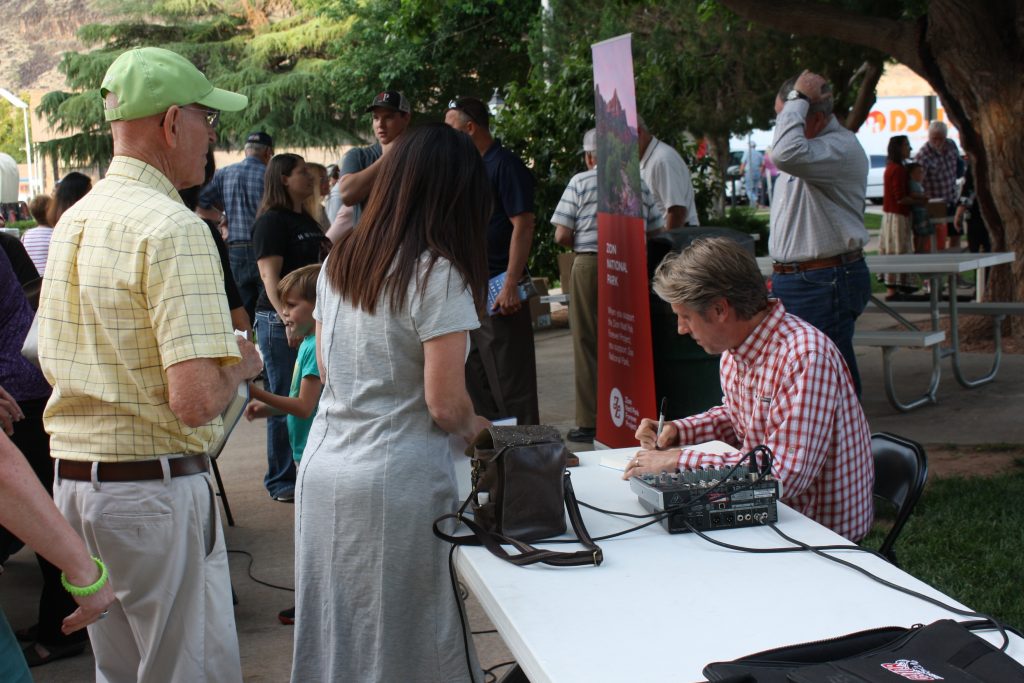 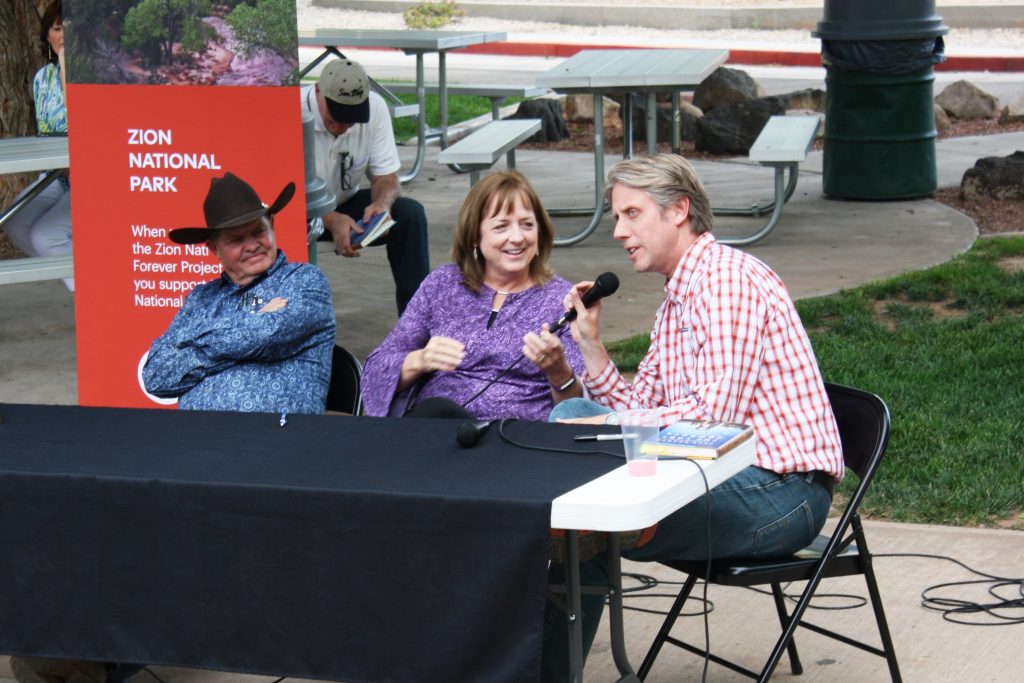 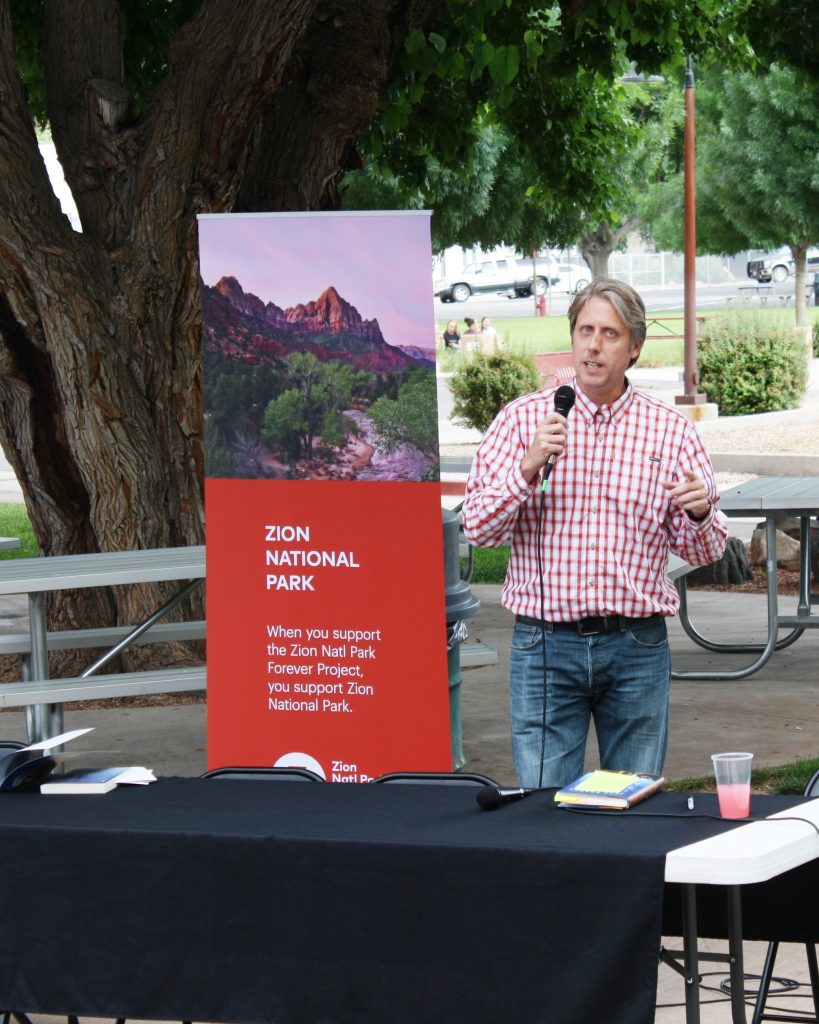 New York Times Pulitzer Prize winning journalist and author John Branch tells the crowd about the genesis of his book on the Wright family behind the Hurricane Valley Heritage Museum, Hurricane, Utah, May 21, 2017 | Photo by Reuben Wadsworth, St. George News 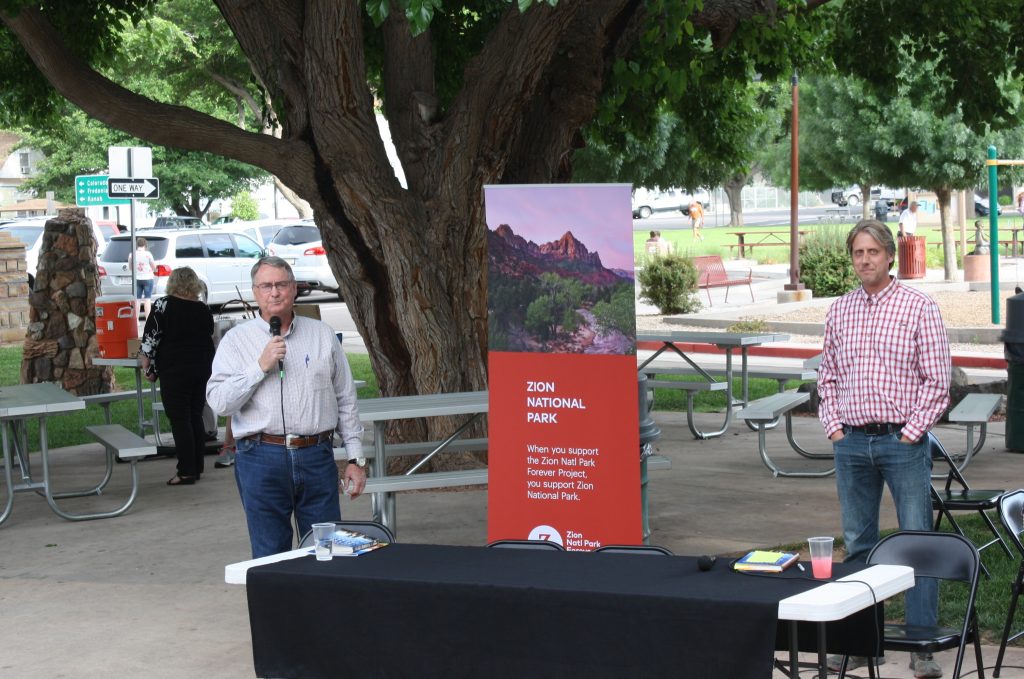 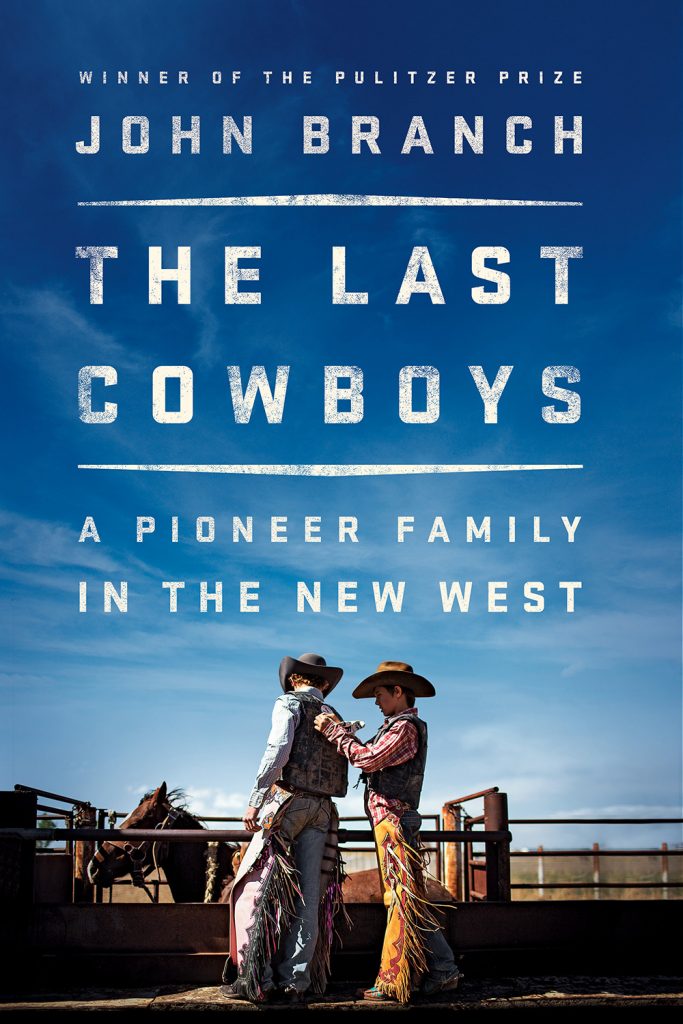 Smith Mesa day; a hard history on 'the prettiest horizon in the world'

Zion Forever Project boasts unprecedented success in Year 1. Are you in?