A few of the Atlas Award trophies that were presented to Region 9 high school athletes and coaches in St. George, Utah, May 5, 2018 | Photo courtesy of Santiago Photography, St. George News

ST. GEORGE — Dozens of Region 9 high school athletes, coaches and teachers were honored at the Atlas Awards May 5 at the Dixie Center St. George.

Joe Olivas, CEO of Atlas Awards, said approximately 700 people attended the event, now in its second year, including many of the award recipients and their families.

“We are so very pleased to be able to recognize so many wonderful young men and women across our region who are committed to excellence in sports as well as in the classroom,” Olivas said in his welcome statement printed in the event’s official program.

Dream Weaver of Cedar High and Hobbs Nyberg of Dixie were named Region 9’s Female and Male Athlete of the Year, respectively. Both are seniors who excelled in multiple sports at their respective schools.

Each of the seven Region 9 high schools also had two Athlete of the Year awards recipients at the school level.

The recipients of the Male Athlete of the Year awards for each school were Tayler Haley of Canyon View, Trenton Maurer of Cedar, Penei Sewell of Desert Hills, Hobbs Nyberg of Dixie, Jackson Last of Hurricane, Ryley Duckworth of Pine View and Vaughn Anderson of Snow Canyon.

In addition, Brianna Barrow of Pine View was named the winner of the Leadership and Community Impact Award. The Britton Shipp Inspiration Award went to swimmer Amber Graves of Snow Canyon.

In addition, sprinter Keivontae “Tae” Washington of Snow Canyon received the Record Breaker of the Year award. Quarterback Jacob Barben of Dixie was named Comeback Player of the Year.

The following pairs of athletes (a boy and a girl from each school) received Sportsmanship of the Year awards: Toby Potter and Kaitlin Marrott of Canyon View; Bridger Bunnel and Britney Simcox of Cedar; Trey Allred and K’Jhana Plant of Desert Hills; Jacob Barben and Ellen Stucki of Dixie; Robert Johnson and Hailey Homer of Hurricane; Christian Reis and Claire Newby of Pine View; and Pyper Schmutz and Kira Boettcher of Snow Canyon.

Dixie’s basketball team also received the Play of the Year award for “The Put-Back” play by Payton Wilgar to give the Flyers a 54-52 home win over Desert Hills on Jan. 19.

The Team of the Year award went to the Desert Hills boys swim team, coached by Dani Caldwell, which won the 4A state championship.

Kira Boettcher of Snow Canyon and Jaron Cordova of Hurricane received the Pursuit of Excellence Awards. They were chosen from a group of nominees that included one female and one male athlete from each school.

Each school also had a dozen different athletes featured in the pages of HS Sports Insider magazine over the past year. 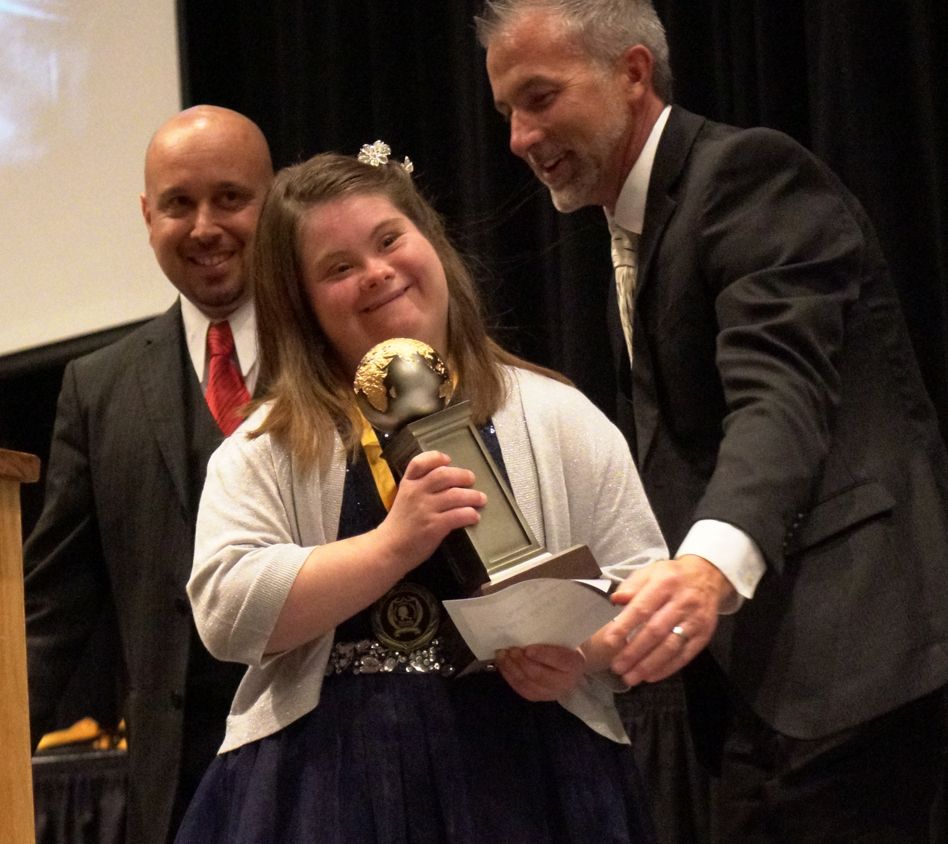 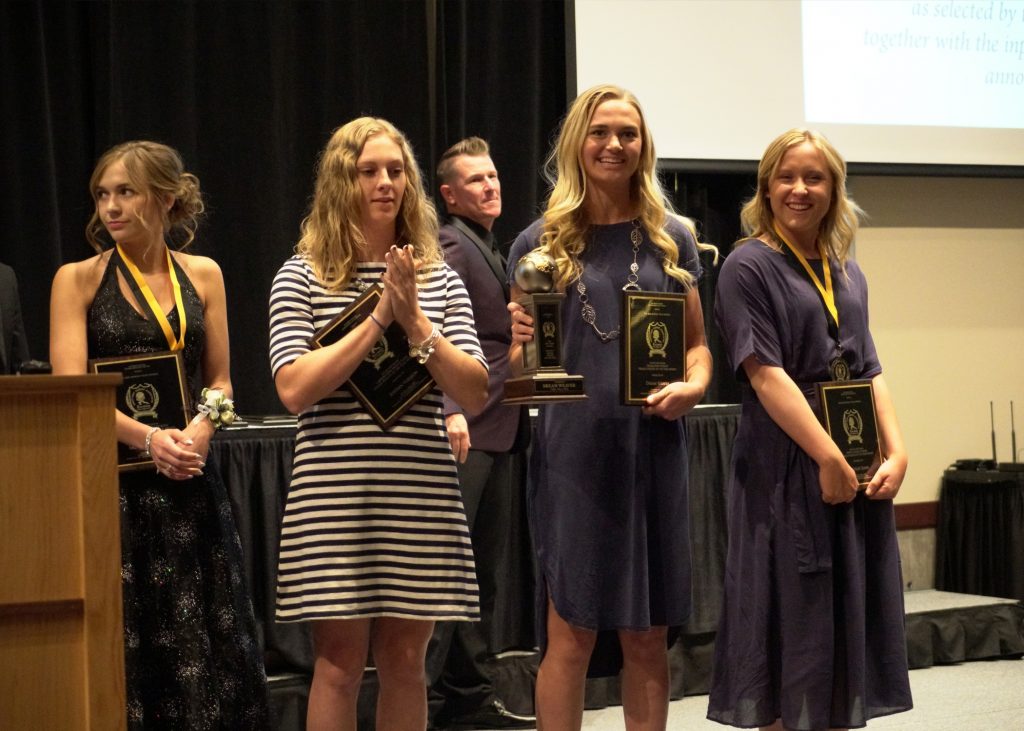 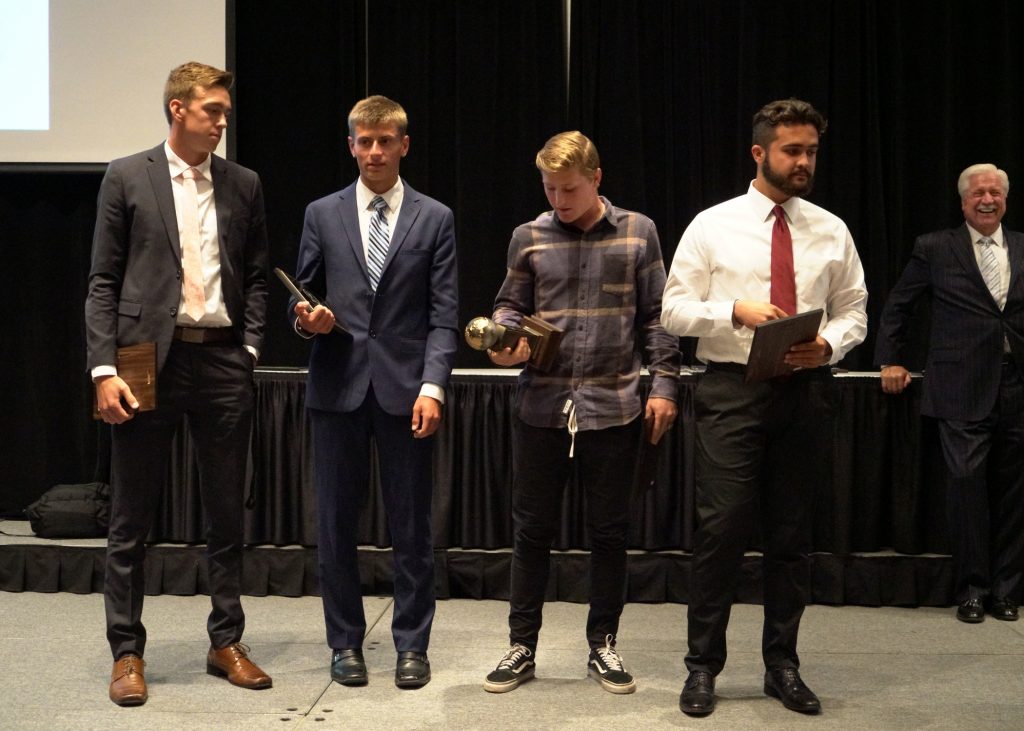 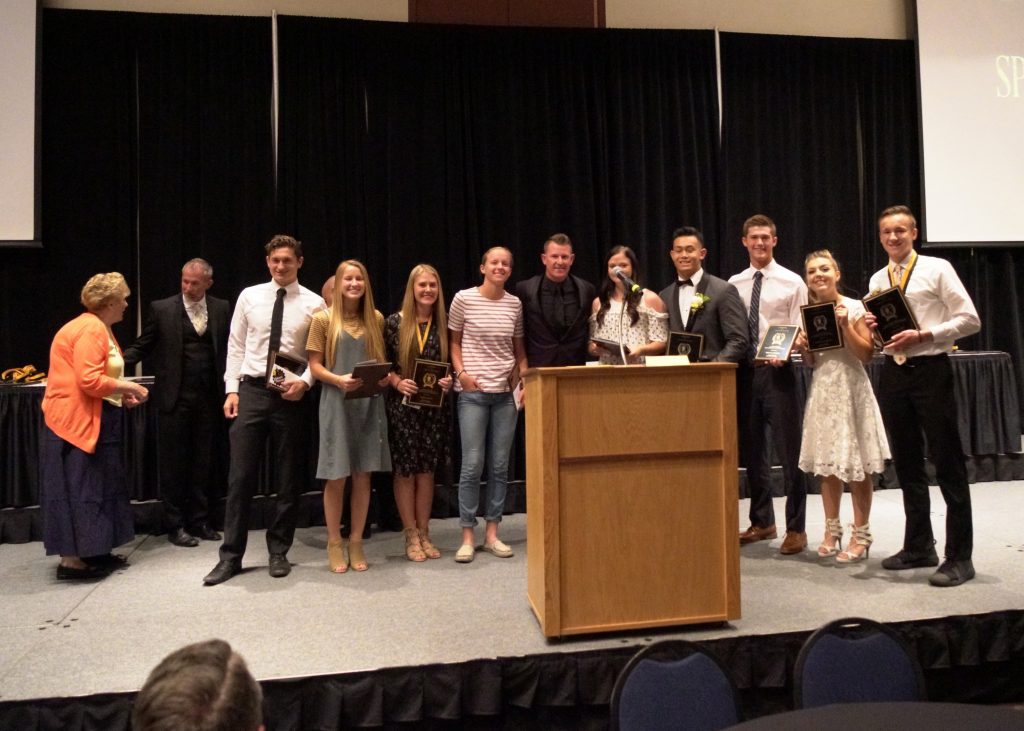 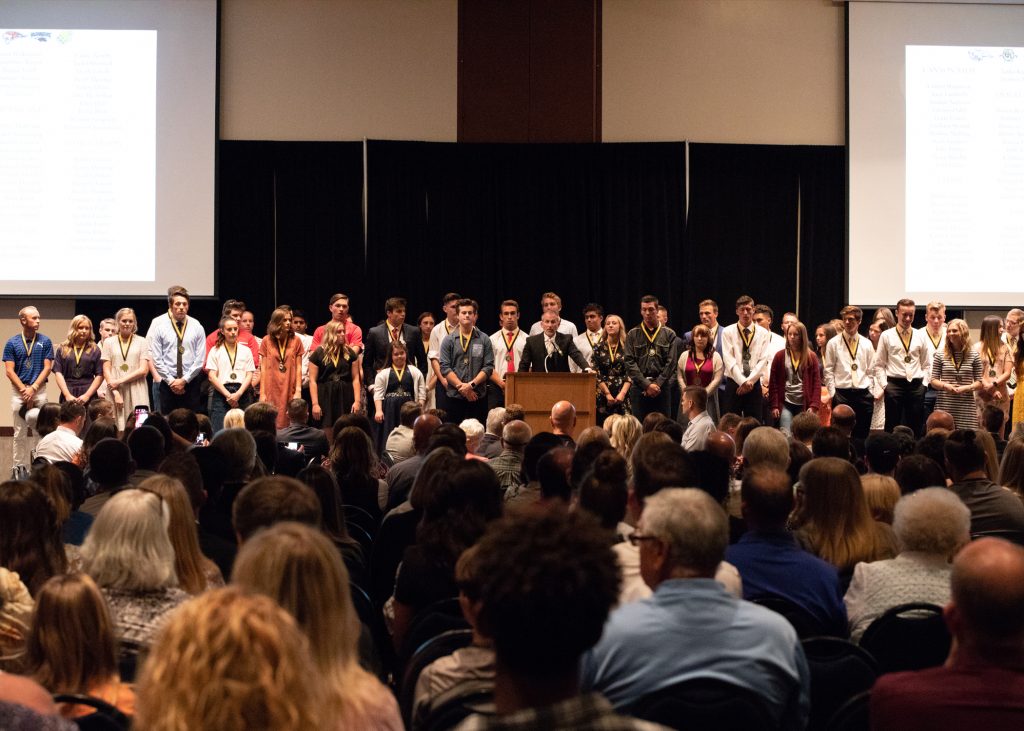 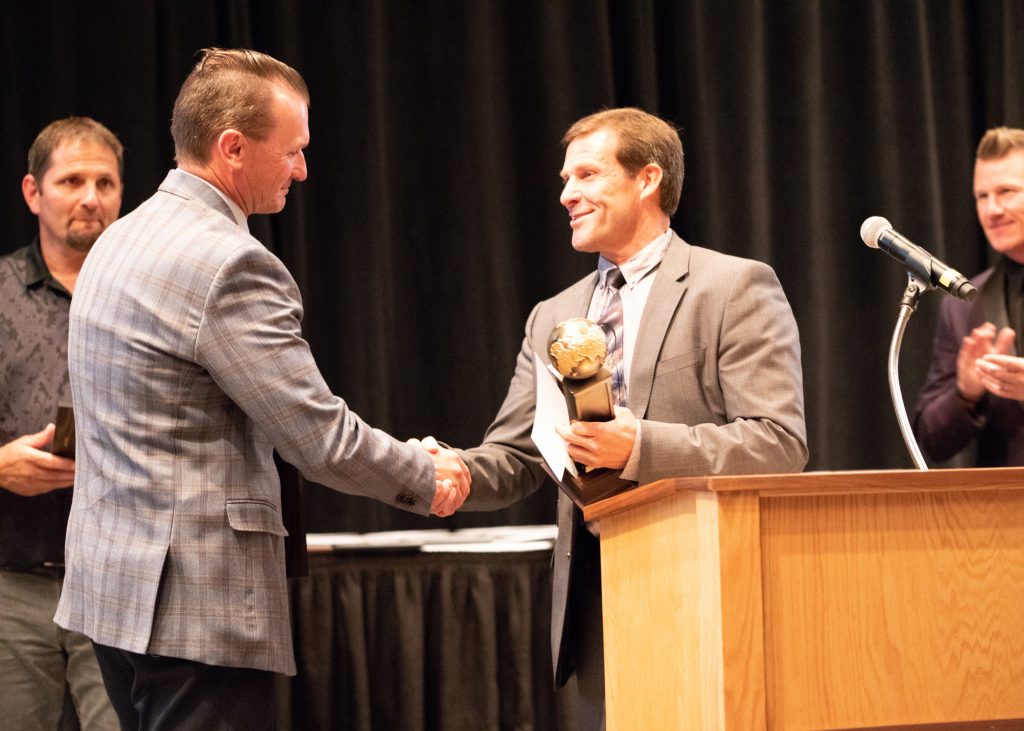