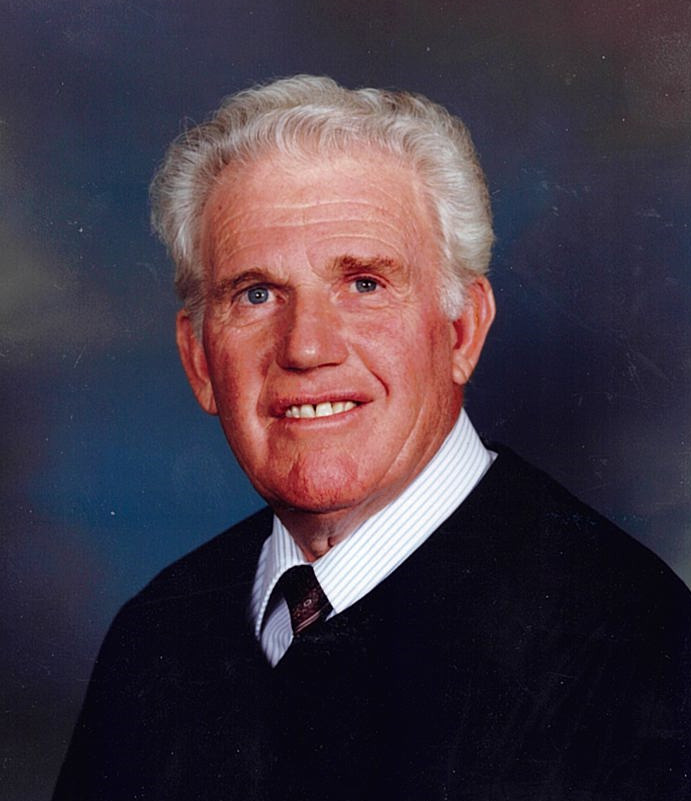 Richard Donald Carr, age 87, passed away Monday, May 7, 2018. He was born on June 30, 1930, in Cumberland, Maryland, to Donald C. Carr and Blanche Etta Smith. He had a baby sister who died shortly after birth and so he was raised as an only child.

He had a good childhood in West Virginia with lots of cousins and family around. When he was 14 years old his family moved to Ontario, California. In high school his main interests were cars and girls. After high school he joined the Navy.

Upon returning from the Navy he enrolled in Chaffey College. He joined the Upland Fire Department and worked there for several years and then joined the Upland Police Department. After six years of working on the police force he decided to become a California Highway Patrolman and rode motorcycle for nearly 16 years.

In 1952 he married Mirium Beezly and they had one son, Patrick. After seven years of marriage they divorced. He then met Beatrice Jean Sapp Graff, a widow with two young girls, after stopping her for speeding. They were married on April Fools’ Day in 1960.

Richard, or Dick, as he was called, had many interests and talents. He took flying lessons and got his pilot’s license and became part owner in a small plane. He learned how to operate landscaping machinery and loved running his tractor. He was on a bowling league and was an avid hunter and fisherman and loved the outdoors. Dick and Bea’s dream while living in southern California was to become ranchers and live in the country.

In 1965 he transferred to northern California to work at the CHP academy and was able to buy a 12-acre ranch. Here Dick and Bea built a beautiful home and had over 200 head of Angus cattle, along with horses, goats, dogs and other farm animals. He was a 4-H leader for 15 years and helped the youth in his club to show cattle and care for them. He taught high-speed driving at the police academy and also taught traffic violation school.

After retiring from the CHP, he became the head of the police academy in Sacramento, California. After his retirement, Dick and Bea moved to Hurricane and bought a five-acre peach orchard. He became a master pruner and tender of fruit trees. Always a leader and very civic minded, he became a member of the Hurricane City Council and served there for four years. He then became a municipal court judge for the city of Hurricane and served there for 16 years.

He joined The Church of Jesus Christ of Latter-day Saints in 1965 after listening to six different sets of missionaries. He served a two-year stake mission shortly after being baptized. He also served as a Young Men’s President, taught Sunday School and served as a counselor in his High Priest’s Quorum. He had a strong testimony of the Gospel and was very sentimental about his family.

He was known for his great story telling and had many funny stories to tell about his time as a CHP officer.

Obituaries are received from the public and are not the product of St. George News, its editors, staff or contributors. The matters stated and opinions included are the responsibility of the person submitting them. Obituaries may be submitted for consideration to St. George News via email to obits[email protected]