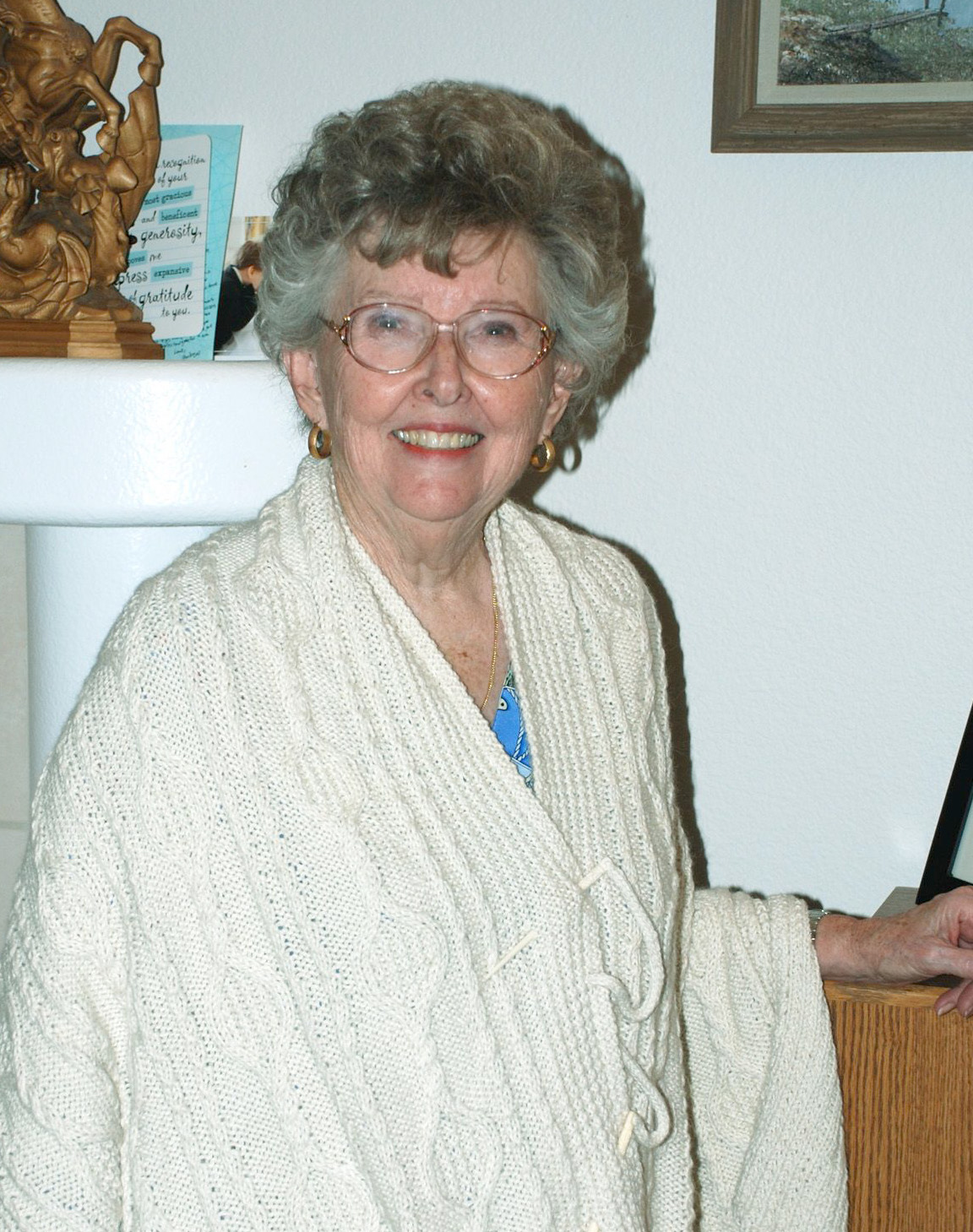 Betty Lee Starkey Redd Fox passed away April 10, 2018, from the complications of acute pancreatitis. She was 88. She was born Nov. 20, 1929, in Los Angeles, California, to Charles Ernst Starkey, a dentist, and Luella Ida Jorgensen Starkey Heder, a homemaker. Her late younger brother, William John Starkey, was a pilot in the Air Force.

At age 16, Betty met the man she would eventually marry, Harold Redd, who was in naval officer’s training during World War II, which ended before his training was over. Betty and Harold wrote to each other while Harold served a mission for The Church of Jesus Christ of Latter-day Saints to New England. When he returned, were married on Aug. 23, 1949: “the smartest thing I ever did, and the happiest day of my life,” as Betty wrote in her journal. They had seven daughters together.

Betty’s life has been one of continual service to family and to the church, where she held many callings. As her daughters married and moved away, Harold and Betty served in the Los Angeles Temple as recorder and sealer and assistant matron. They moved to St. George in 1993, and then spent 18 months as senior missionaries in Harrisburg, Pennsylvania. Back at home in St. George, they again served in the temple there.

Harold passed away in early 2004 after a series of medical crises. In September of 2005, Betty married LaMar Fox, a retired psychiatrist. As she reached her mid-80’s, she began to experience health problems. In late March she was diagnosed with acute pancreatitis. She never recovered her strength following surgery. She was taken peacefully from us the evening of April 10. She was sweet, uncomplaining, loving, family-oriented and always thought the best of everyone until the very end.

Betty is survived by her loving husband LaMar Fox of St. George, Utah, and four stepsons (Mark, Guy, Christopher and Scott) and their families; seven daughters and their spouses: Susan and Blair Davis of Saratoga Springs, Utah, currently serving an LDS mission in Memphis, Tennessee; Karen and David Barker of West Valley City, Utah; Patricia and Clinton Kennington of Fruitland, Idaho; Linda and Craig Robinson of Midway, Utah; Sarah and Ron Pimentel of Ridgefield, Washington; Laurel and Michael Feddock of San Carlos, California; and Jennifer and Peter Kurt of Canyon Country, California; 30 grandchildren; and 76 great-grandchildren. She was preceded in death by her husband Harold Keith Redd, her parents, and her brother William John Starkey.

We want to thank the care and kindness shown to our mother by the doctors, nurses and staff of the Dixie Regional Medical Center.