IVINS — Fire crews responded to a report Wednesday evening involving two people being stung by what they referred to as “aggressive bees,” and when crews arrived, they found a swarm of honeybees, with a hive hidden just below the sidewalk.

Shortly after 6:30 p.m. officers and firefighters were dispatched to a report of two individuals who suffered bee stings at a residence in the area of East 500 South, Santa Clara/Ivins Fire Chief Dan Nelson said.

Upon arrival responders located the individuals who later told EMS they were “okay,” Nelson said, and declined to be treated at the scene or transported to the hospital.

“We also observed some aggressive bees when we arrived,” Nelson said.

Firefighters discovered a beehive inside the box housing the water shut-off valve near the home, and once the lid was opened numerous bees came out “swarming,” Nelson said, adding that he isn’t qualified to determine if the bees were Africanized or not but “they were very aggressive.”

“Africanized” refers to a hybrid of African and European honeybees – also called “killer bees” – that were developed in Brazil and are known for their disease resistance and superior honey production.

Fire crews were able to spray the expanding swarm with white fire suppression foam, and the hive was doused with the foam as well, removing the danger by eliminating many of the bees.

Chris Hill, a nearby resident who is also an exterminator by trade, was watching the activity and lent beekeeping protective suits to facilitate St. George News reporting at the scene. Hill called the protective suits much-needed protection against “a lot of angry bees.”

No serious injures were reported in the incident, and the remaining bees dispersed.

When bees become a problem

Casey Lofthouse, the Washington County bee inspector and a professional beekeeper, said anytime a hive is disturbed the colony will “aggressively” defend its home.

Lofthouse also said that the water valve housing box was an attractive place for the bees to build a hive.

“Bees will look for some type of void,” he said, “and once they find it, whether it’s inside of a home or in the valve box, it provides a place to start building.”

Lofthouse went on to say that making a determination on whether a bee is Africanized requires a DNA test but that bees can have “Africanized traits” even if they aren’t completely Africanized.

Feral honeybees are typically aggressive as well, he said, and also have a tendency to swarm. These wild bees are of little value for commercial honey production and can overpopulate the colony, which makes them even more aggressive.

Lofthouse added that raising bees in a managed setting keeps the hive healthy and prevents the bees from becoming a public nuisance.

Honeybees are the most economically important pollinators, and in Utah, managed honeybees pollinate commercial apple, pear, apricot and sweet cherries orchards, as well as many other crops. As such, insecticides can be problematic for commercial beekeepers.

There are several ways honeybees can be killed by insecticides. One is direct contact of the insecticide on the bee while it is foraging in the field or an insecticide is sprayed directly on the bee. The bee immediately dies and does not return to the hive, so the colony survives and is not affected.

The second, more deadly way is when the bee comes in contact with an insecticide and transports it back to the colony, either as contaminated pollen or nectar, on its body or from an infected hive.

If insecticides are sprayed on the hive while exterminating bees, the hive will be empty but remain in tact. The honey left in the deserted hive attracts nearby bees that remove the honey and take it back to the hive where it can infect the entire colony.

“If you just spray it and leave it you’ll have a secondary kill down the road,” Lofthouse said, “and it could kill someone’s managed hive down the road.”

To prevent this type of cross-contamination the hive must be destroyed and removed from the area,  Lofthouse said, adding that calling on a professional that is trained in beekeeping and hive removal is preferred.

Maintaining “situational awareness” is one of the most important defenses against becoming a victim of a bee attack, Lofthouse said.

“It’s that time again where bees are beginning to reproduce and pollinate all of the blossoms,” Nelson said, “and the blossoms have nectar and the bees love that.” 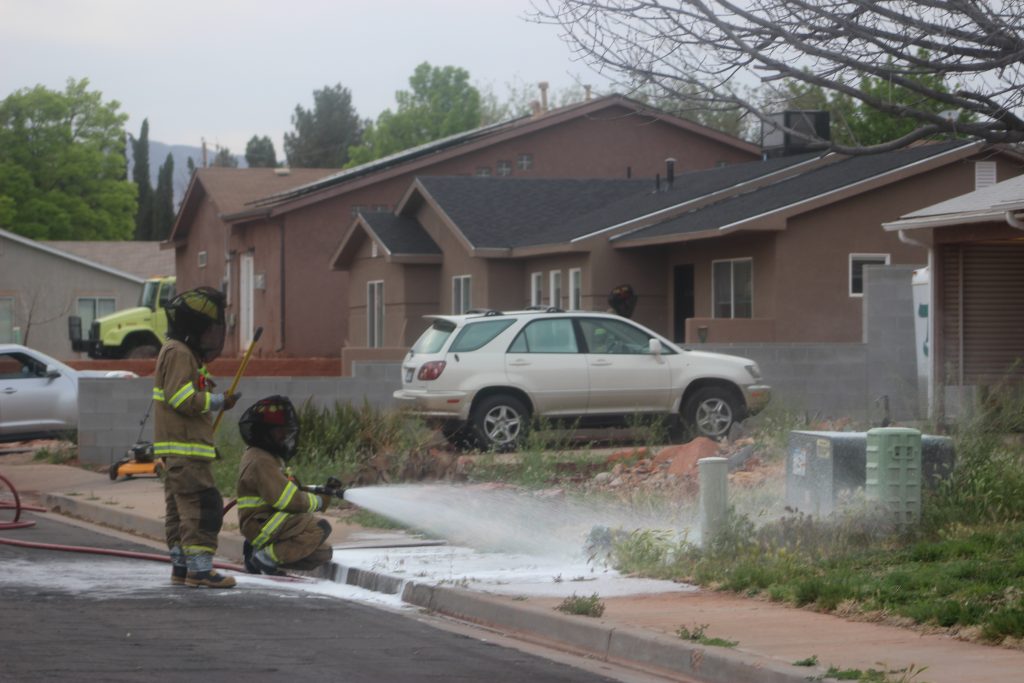 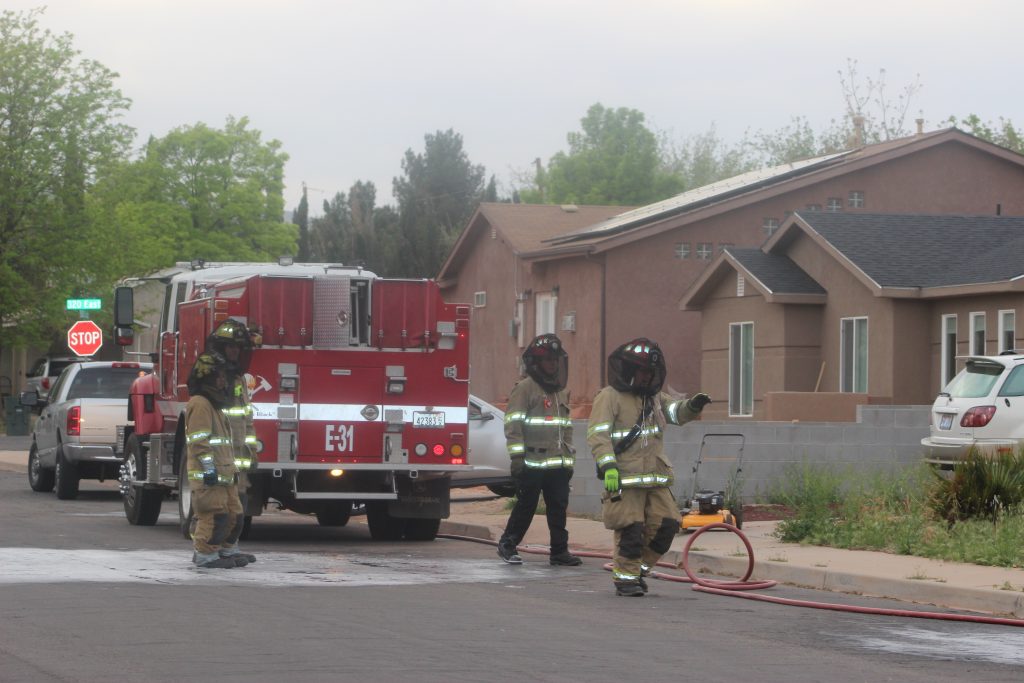 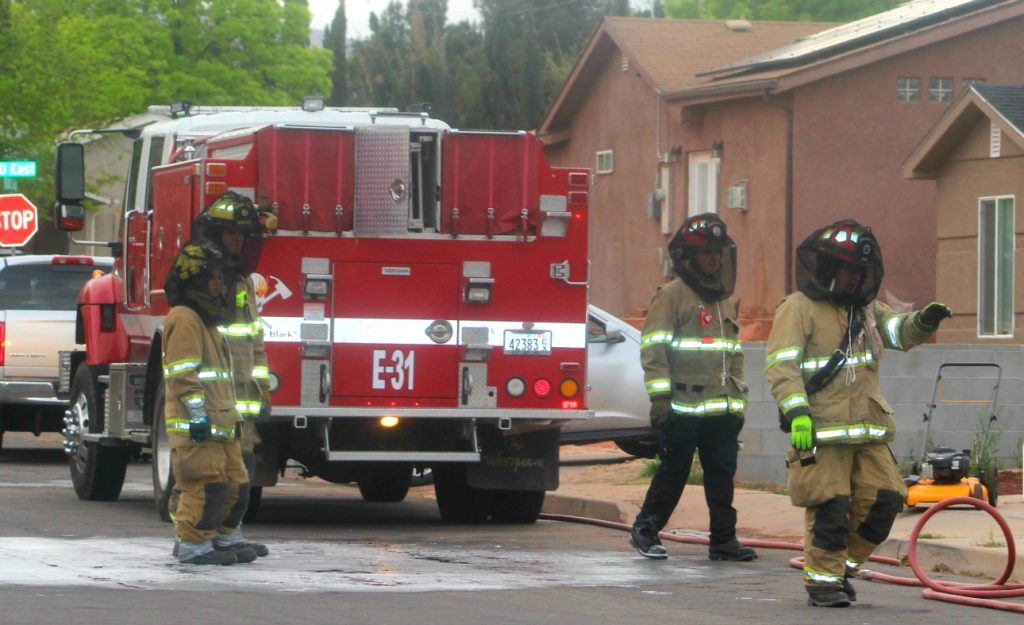 Bee season: Balls of bees in trees, swarms; what you need to know