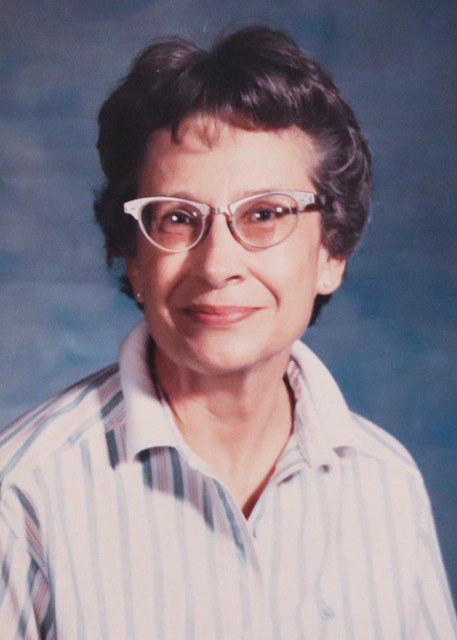 A life well-lived and loved and a loss now only recovered in memories of our beloved Marie Louise Wright. She was born to Ivan and Helen White on Sept. 6, 1924, and left us too soon on April 2, 2018, a full 93 years.

She was of a generation growing up through the depression and World War II in deep Texas farmland, together with her older sister, Jean, and younger brother, Ray, both pre-deceased. She graduated from Edinburg High School as salutatorian of the Class of ’41 and went on to college at Texas Arts and Industries in Kingsville, Texas, receiving a Bachelor of Arts degree in 1945.

On Dec. 9, 1945, in San Benito, Texas, she married a “rough and rugged” Marine (her words) named Bill Wright who had just returned from the South Pacific. The war was over and they fell fast in love. He was from Tucson, Arizona, and their life together took them back there in 1955 with their two boys, Jerry and Ted. Bill and Marie enjoyed Arizona through many years in Tucson and Tempe.

During that time Marie earned her Master’s in Education from Arizona State University and worked as a librarian in the Mesa Public Schools until she and Bill retired to Prescott in 1988. Bill passed away in 1993, and Marie took on life from there in fiercely independent style until injury and age slowed her down. She moved to St. George in 2015 to be near her eldest son, Jerry.

Marie enjoyed camping with family and RV-ing with Bill throughout Arizona and became a world traveler with friends after his death. She had a special place in her heart for the Catalina Mountains of Tucson and the Granite Dells of Prescott, where her remains will be scattered in a private ceremony.

Marie loved getting together with family and was always ready to beat you in a game of cards or Scrabble. She dearly adored Jerry’s children, Lisa and Dereck, and Ted’s children, Kara and Cameron, to whom she was the one and only Granmarie. The husbands and wives (Lisa’s Jon, Kara’s Natan, Jerry’s Eileen and Ted’s Jill) were all deeply loved by her as well as Lisa and Jon’s children, Jessica and Cassidy.

Marie believed in education and had a great love for books. For all of her years in Prescott she served as a volunteer for the Prescott Public Library and could regularly be found on Sundays at First Baptist Church. By her life, Marie encouraged strong virtues and the service of others. She believed that you did not have others do what you could do for yourself and that no one of us needs more than is necessary. Marie believed that what she had was more than plenty and left this life proclaiming it wonderful and enough.

She loved and lived well and welcomed her rest with the Lord. Our hearts are broken. We miss you, we thank you, we love you!

'Like a knee pad or helmet': Intermountain Healthcare officials urge high school athletes to get vaccine