ST. GEORGE — A crash between a semitractor-trailer and a pickup truck sent one vehicle into a rollover, and closed all lanes of travel on Interstate 15 near Payson early Thursday morning.

Troopers and emergency personnel were dispatched to a rollover involving the two vehicles, and once on scene, they found the pickup truck sitting sideways on the steep wall under the overpass, according to information released by the Utah Highway Patrol Thursday.

The semi was on its side blocking both northbound lanes.

One of the three passengers in the pickup sustained minor injuries in the crash and was transported to Mountain View Hospital in Payson, as reported in the statement. No other individuals were transported.

All lanes of I-15 were subsequently closed to allow responders to clear the contents of the damaged trailer, debris and wreckage from the roadway, with traffic being diverted at the 800 South Exit and delays expected, according to a UDOT alert that went out at 7:58 a.m.

The overturned semi was hauling baking goods, and while a section of the trailer sustained a breach toward the rear spilling some of the load on the roadway, the majority remained inside the trailer.

The details of the crash were not available at the writing of this report. 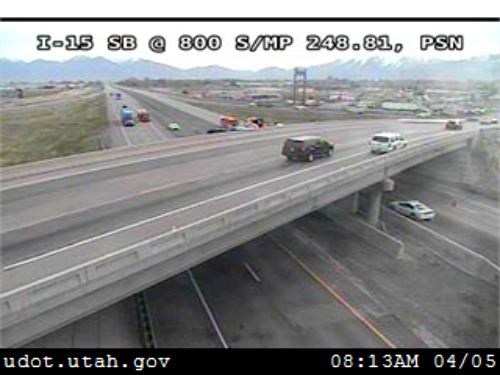 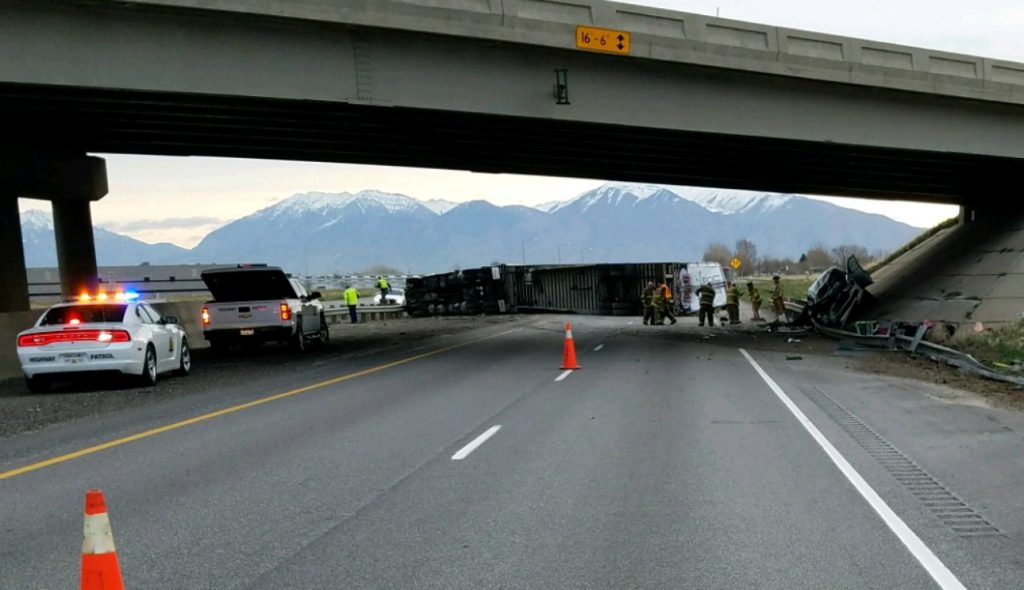 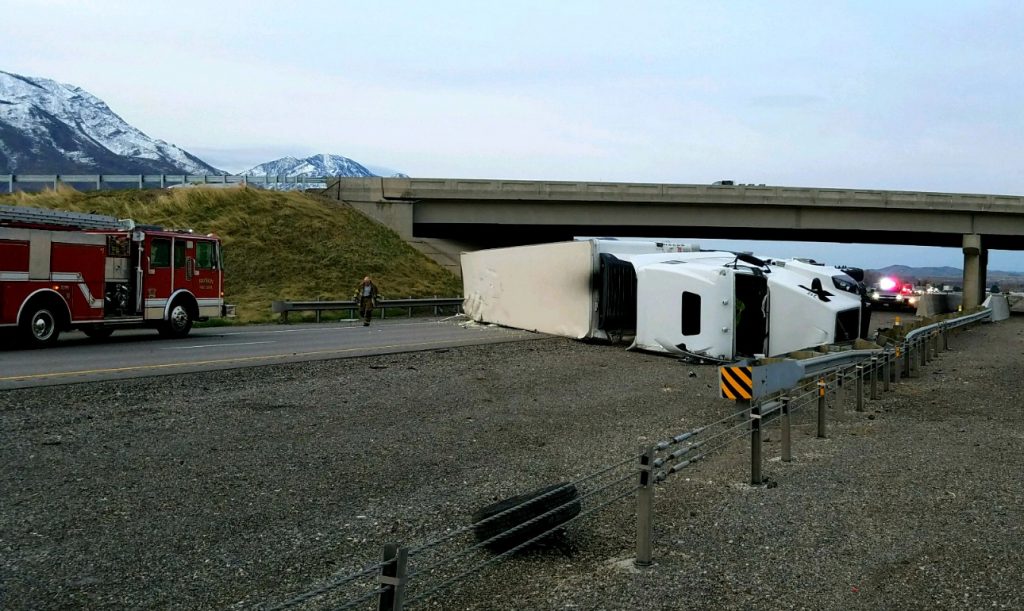 Rollovers, slide-offs and a semi fire on I-15 follow heavy rains