ST. GEORGE — A bystander assisted a school resource officer and was soon joined by another Wednesday morning in a struggle to restrain a teen intent on possibly hurting himself.

At 9:15 a.m. officers were called in to assist a school resource officer who found a 15-year-old sitting in the middle of Brigham Road after being notified that the teen walked off school grounds, St. George Police Capt. Mike Giles said.

The student resource officer, Brett Huish, began speaking with the distraught student who told him he wanted to harm himself and made other similar statements.

While Huish was attempting to coerce the student out of the roadway, the teen began struggling with the officer and became combative during the exchange, so additional officers were called in and began making their way to the scene.

“It is my understanding at this point that some bystanders saw what was going on and rendered assistance to the officer,” Giles said.

One of the bystanders, Dennis Nash, told St. George News that he was heading east in his truck on Brigham Road when he observed a “big teenage boy” hitting the officer in the face in the middle of the street.

“The officer continued pushing the kid back toward the sidewalk to get him out of the middle of the road,” Nash said, “to keep him from getting hit by a car.”

Nash initially passed the pair, he said, but once he looked in his rearview mirror and noticed the continuing struggle, he turned around to return and assist the officer.

As the two struggled to contain the student, another bystander pulled over to assist. Between the three of them, they were able to restrain the combative teen, preventing him from running back into the roadway, Nash said.

Once the ambulance arrived the student was checked by emergency medical responders and shortly after was transported to the hospital for evaluation and a possible risk assessment. Huish rode in the ambulance with him.

Nash commented on Huish’s ability to keep calm during the ordeal, saying “He is a hero, an absolute hero,” adding:

I told that officer that he had shown more restraint than anyone I could ever imagine, and all he was trying to do is keep the kid out of the street and keep him safe.

Information relating to any other possible injuries sustained was not available at the scene, as Huish had already left in the ambulance, but Giles said he was not advised of any injuries at that time.

Ed. note: An earlier version of this article incorrectly identified the school resource officer and the St. George police officer quoted in the story. Both stand corrected. 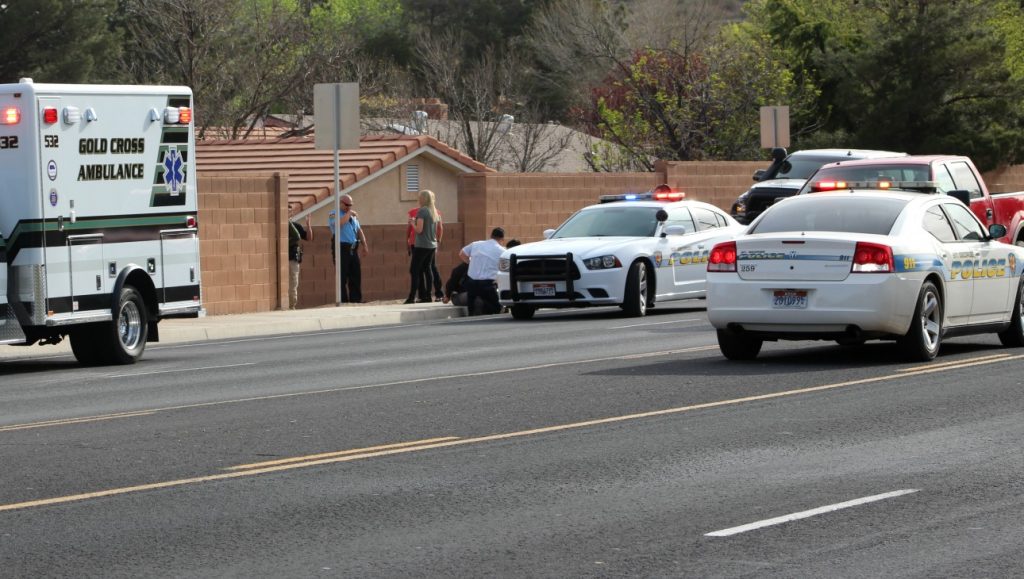 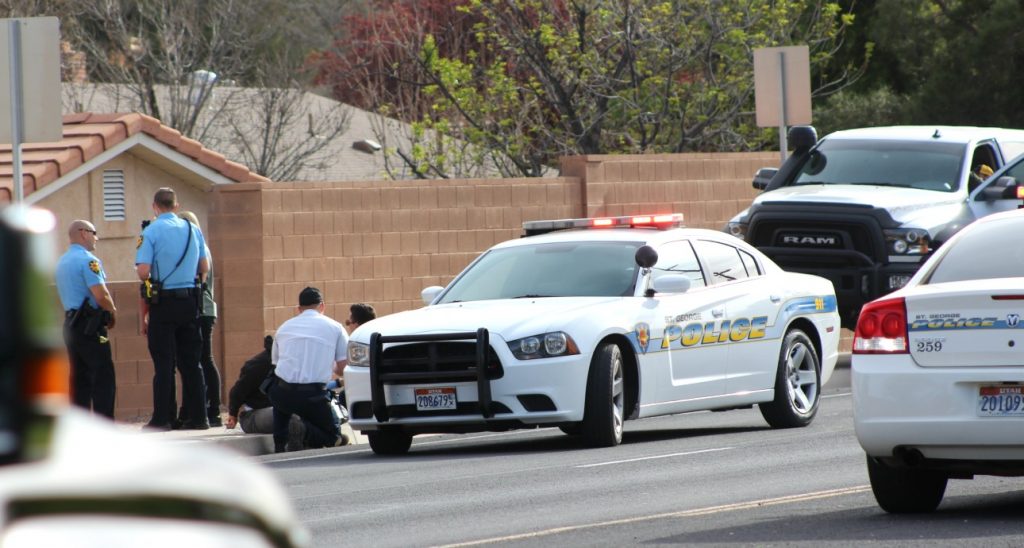 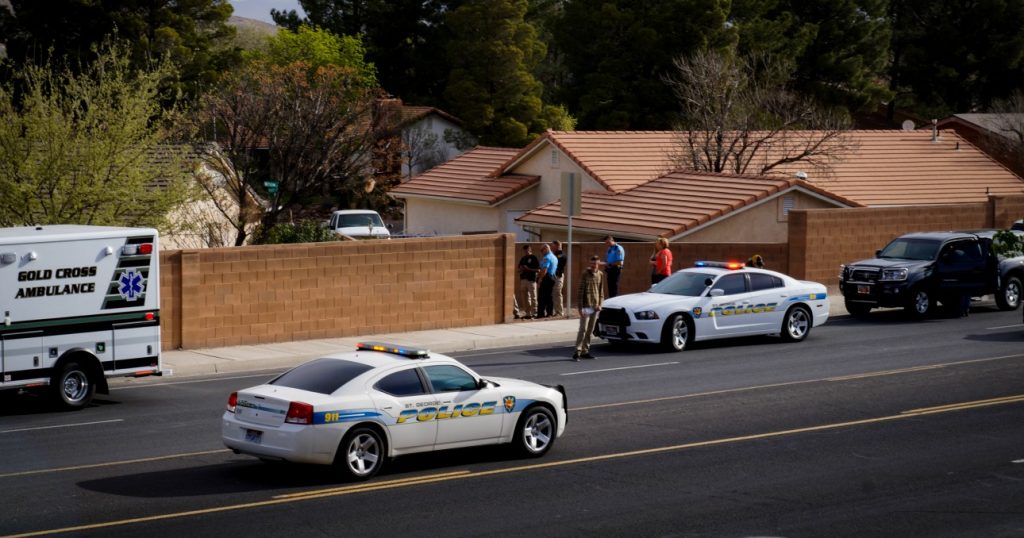 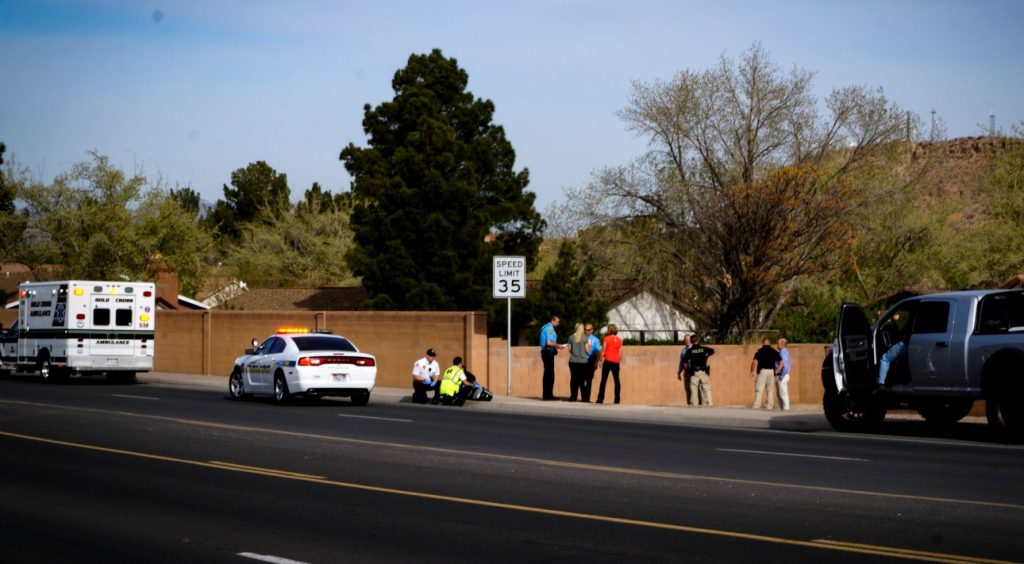 Bystanders go above and beyond to help injured motorcyclist