ST. GEORGE — In an area cordoned off in the main floor lobby of Dixie State University’s Holland Building, a compelling visual presentation designed to crush the myth that a person’s wardrobe is the cause of sexual violence launched Monday.

The name of the exhibit is “What Were You Wearing?” and it reflects the question survivors are often asked after a sexual assault, a question that implies that their clothing was somehow responsible for the attack.

The question is also based on faulty reasoning that places the blame on the victim and relieves the attacker of responsibility, according to information obtained during the presentation.

The exhibit features outfits hanging above a white card containing a rape survivor’s story detailing the clothing they had on and what they were doing when they were attacked.

Hosted by the Dixie State University’s Women’s Resource Center and the Dove Center, “What Were You Wearing?” debuted Monday at 3 p.m. with an open house that included several speakers, followed by an opportunity for attendees to view the gallery of clothing while refreshments were served.

The project was featured at Dixie State with the help of a Dove Center victim’s advocate, Elizabeth Bluhm, who wanted to bring the display to St. George in the hope that it would help to dispel the myth that a person’s clothing has anything to do with a violent act committed by one individual upon another.

Bluhm’s sights are set on changing the sexual assault statistics, particularly in Utah, where one in three women will become a victim of sexual assault during their lifetime, according to the Utah Department of Health.

Those who have participated in the project show the range of individuals targeted by sexual predators, including children, individuals with disabilities and both men and women of various ages, sizes and races.

The gallery of apparel includes cargo shorts, sweatshirts, exercise clothing, jeans and dresses. However, they are not the actual clothing worn by the victims when the attack took place but rather donated clothing selected based on the victim’s description. One display tells of a survivor who was wearing designer jeans, her mother’s BYU sweatshirt and white Keds tennis shoes when she was attacked by a friend of her brother’s.

One of the event’s speakers, 17-year-old Snow Canyon High School student Alyssa Ferguson, told the story of being attacked less than one year ago.

“About 10 months ago, I experienced an awful, manipulative and unimaginable act,” Ferguson said.

Ferguson also added that the ramifications of the assault has had far-reaching implications that are still present today, including being afraid to go on dates.

Ferguson said the clothes she was wearing are somewhere in the display, but the identities of the victims for each piece are kept anonymous.

“What Were You Wearing?” is scheduled to run for three weeks, the first event opened Monday, followed by a 3 p.m. showing on April 9 in Dixie State’s Eccles Fine Art Center lobby, and April 16 at the Taylor Health Science Center located at 1526 S. Medical Center Drive, in lobby 1-F.

The art project was created in 2013 by Jen Brockman, the director of the University of Kansas’s Sexual Assault Prevention and Education Center, and Mary A. Wyandt-Hiebert, who oversees all programming initiatives at the University of Arkansas’ rape education center. The installation has been featured at many college and university campuses since. 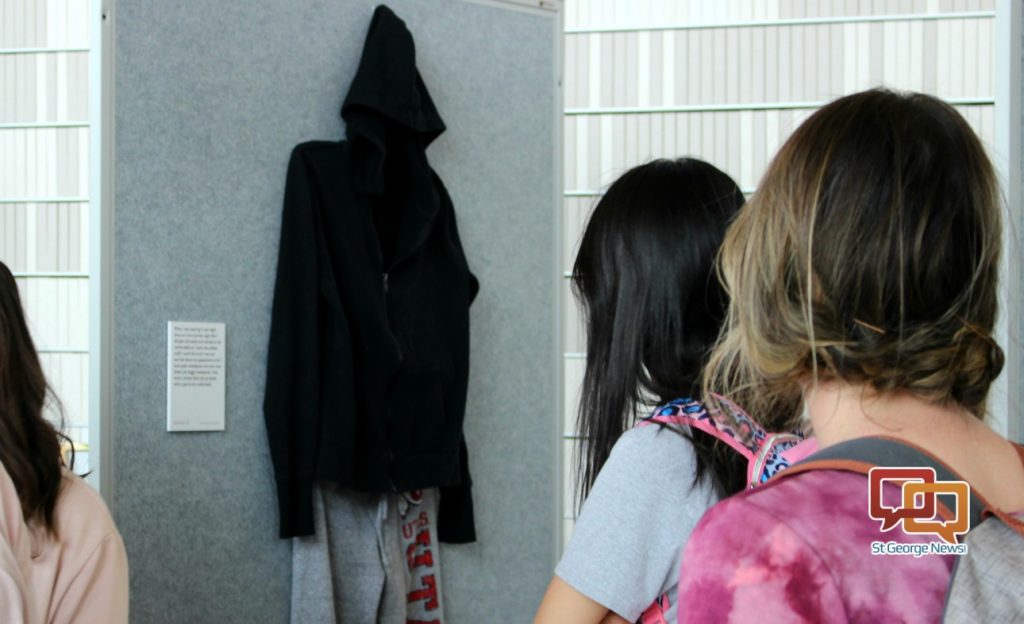 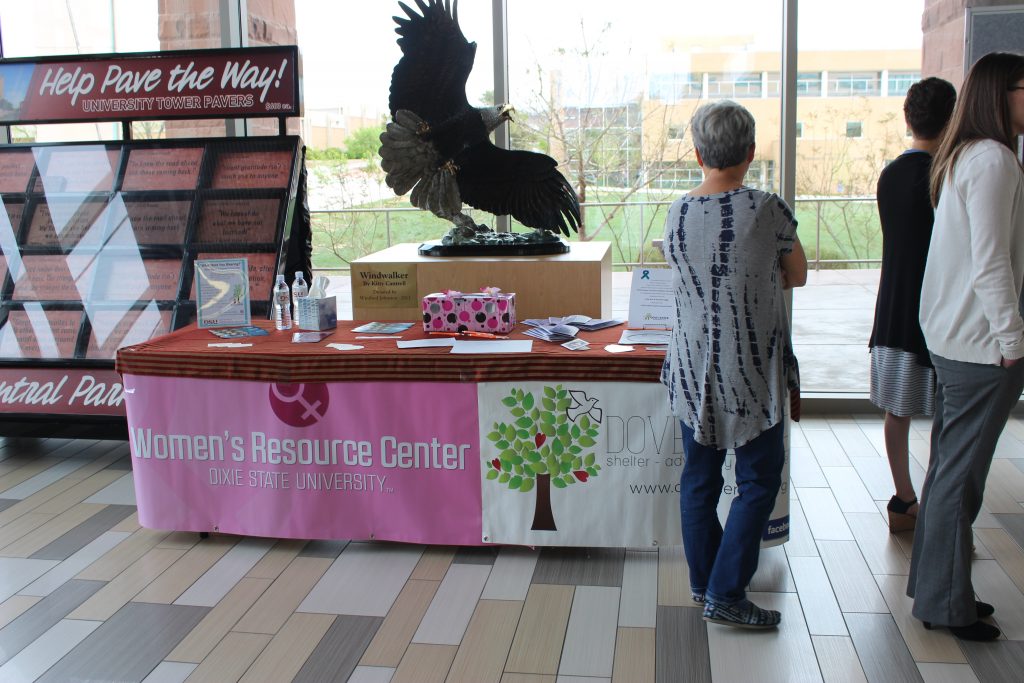 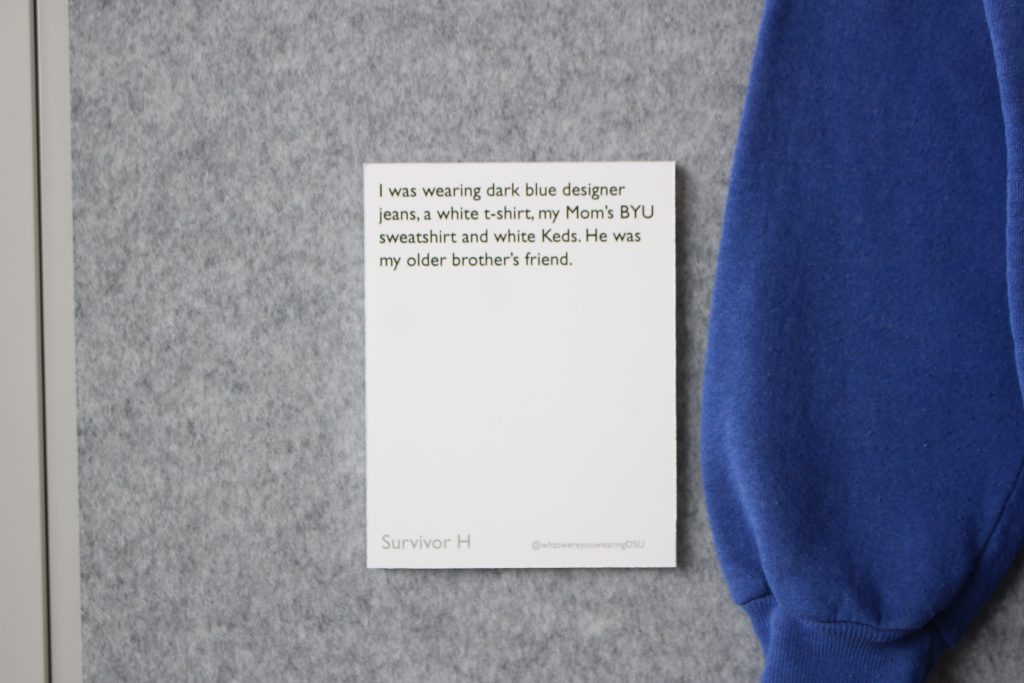 Card below outfit describes clothing and what the victim was doing at the time of the attack is showcased during "What Were You Wearing?" exhibit, St. George, Utah, April 2 2018 | Photo by Cody Blowers, St. George News 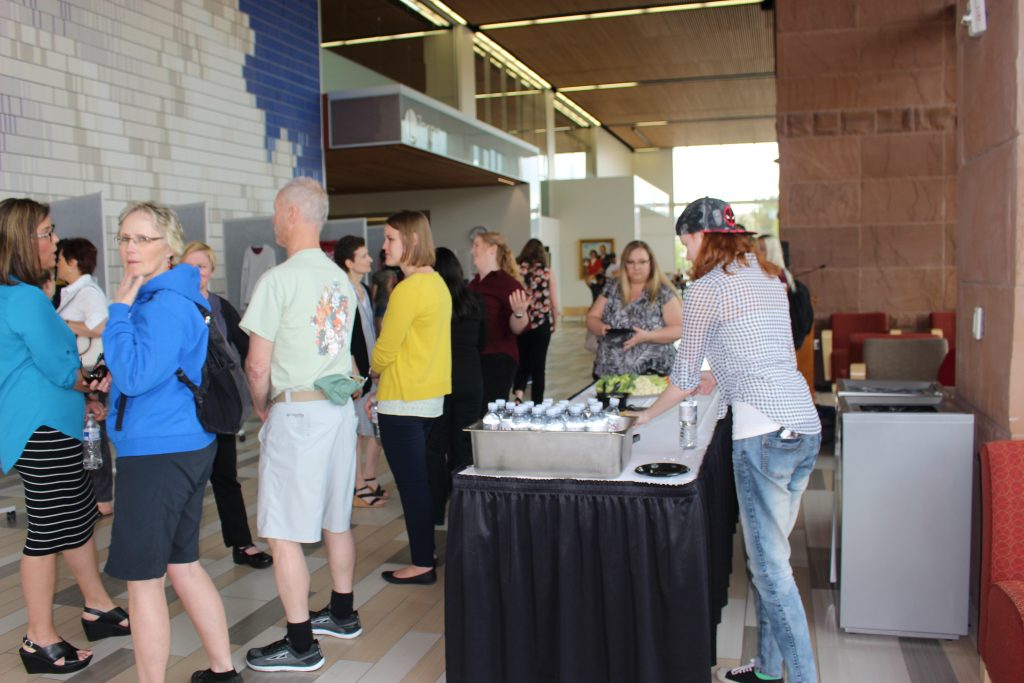 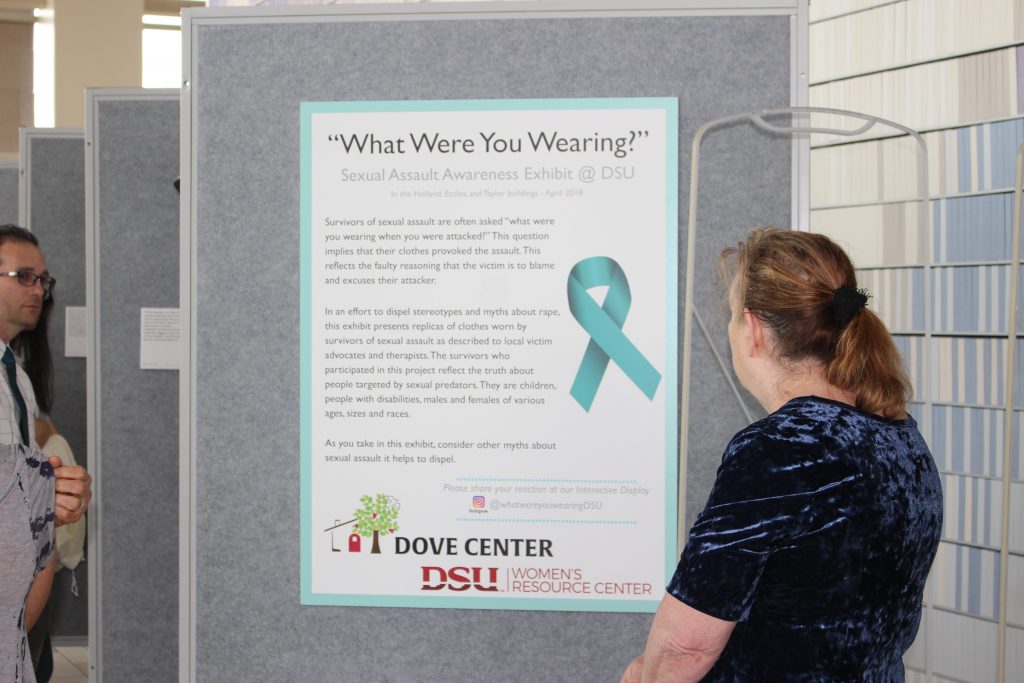 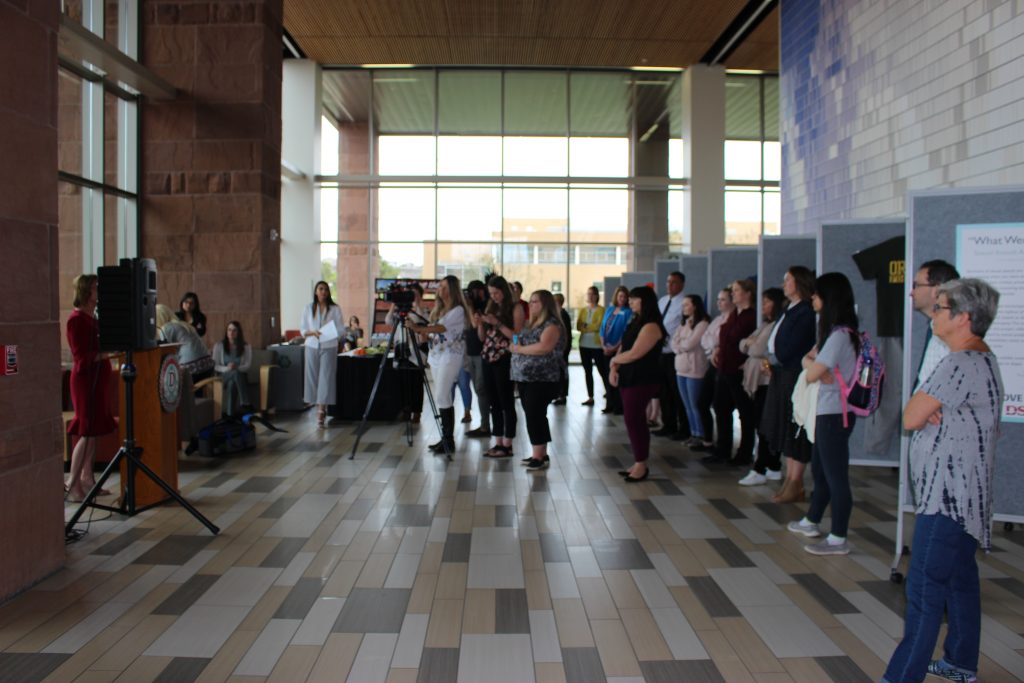 Alcohol party leads to sexual assault of a minor