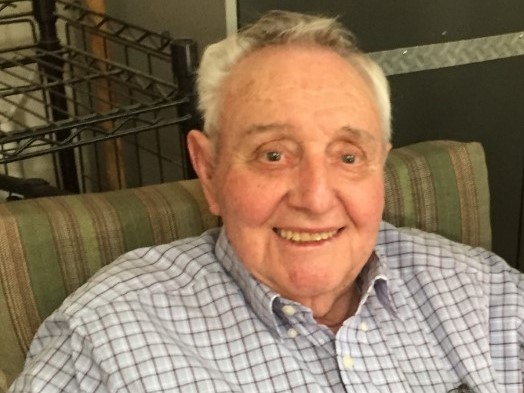 Reynold Paul Harris passed away in his sleep on March 22, 2018, at his home in St. George. He is reunited with his eternal spouse Lucille, and his daughter Annette and once again with his mother and father. He is survived by his two daughters, Maleta and Cheryl, his son Alan and multiple grandchildren. He will be greatly missed by all.

Paul was born on July 4, 1930, in Pleasant Grove, Utah. The only son of Reynold and Maleta Harris, after his mother’s death in December 1930 he was raised by his grandmother Polly Walker in Lindon, Utah.

He served a mission for The Church of Jesus Christ of Latter-day Saints on the Navajo Reservation in Southern Utah and northern Arizona. Upon his return he enlisted in the armed services where he received multiple commendations.

Returning to Utah County, he met and married his eternal companion Lucille Mills; they were sealed in the Logan Temple for time and all eternity on August 1, 1955.

He attended Brigham Young University where his blood became true blue. He graduated with his bachelor’s degree and continued his education, receiving his Master Plus 60 at Stout State University in Wisconsin.

In his career as a vocational arts and math teacher, he touched the lives of many students, by his example as a leader.