ST. GEORGE — Two women staying near Flagstaff, Arizona, were reported missing by police after family members had not seen or heard from them in nearly a week.

The women were reported missing from the Flagstaff area March 22.

According to the Coconino Sheriff’s Office, the women were located in the area of the Apache Junction in Pinal County, more than 170 miles from where they were reported missing.

Police began looking for the women after Lamprakes’ sister reported her missing.

According to the initial report the women were staying at a campground in a wooded area near Flagstaff, Arizona.

Police began searching for the women after Lamprakes was reported missing by her sister on March 22, and neither woman has been heard from since.

“Neither woman has had any contact with family since the were reported missing, to the best of my knowledge,” Coconino County Sheriff’s Sgt. Larry Thomas told St. George News on Tuesday.

The women are driving a 2007 Chrysler Pacifica four-door SUV with Arizona License Plate CEF6957. They were reportedly staying in the vehicle at a campsite near Flagstaff.

A stock photo of the same year, make and model vehicle was provided and can be found in this report below.

Police are seeking any leads in this case and would like to locate the missing woman, Thomas said.

Lamprakes is described as 5 feet 7 inches tall, weighing 160 pounds with brown-black hair and brown eyes, with a tattoo of “Marcy 143” on her back.

McGowan is described as 5 feet 5 inches tall, weighing 170 pounds with blonde hair and brown eyes, with a tattoo of a Chihuahua on her left leg.

Anyone with information about the women’s whereabouts is asked to call the Coconino County Sheriff’s Office at 928-774-4523, option 1. 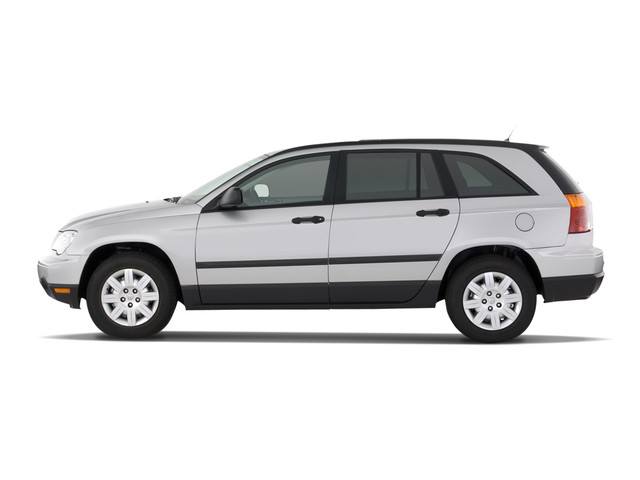 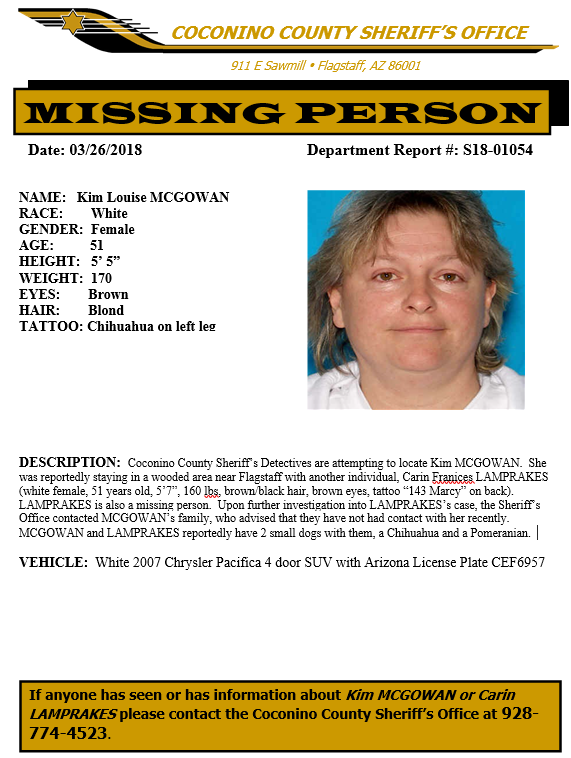 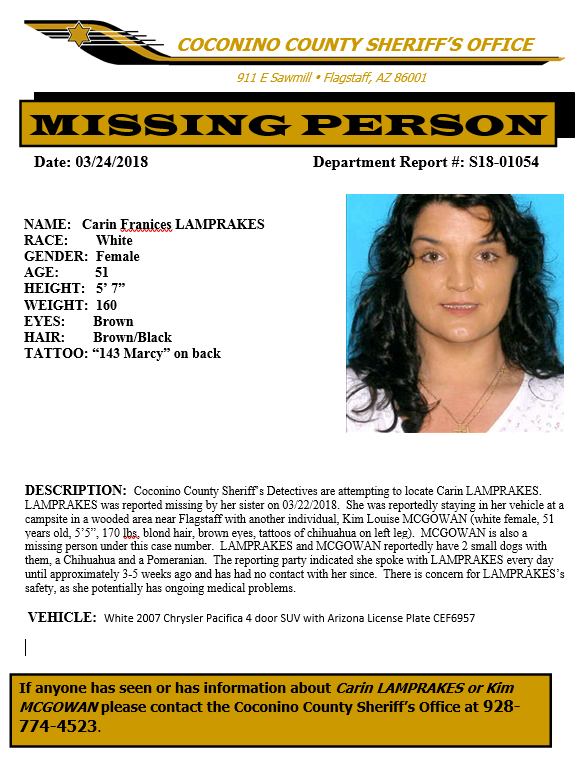