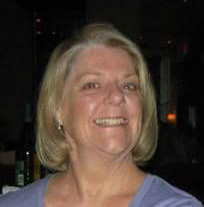 Stephanie was born March 18, 1949, in Cedar City to Yorke S. Nelson and Barbara Brown Nelson. She was married to James Hayes of Santa Rosa, California, and was later divorced. Steph was raised in Cedar City where she attended primary and secondary school, and then went on to study business at Southern Utah University.

Stephanie lived and worked in many cities in the United States. She always worked in the public service sector and served in many capacities. She had accomplishments in the courts systems including juvenile justice, where she received recognition as the Utah Public Employee of the Year. She also worked with federal magistrates and state courts. Stephanie worked in education teaching the use of court technology. She most recently worked for Clark County in the recorder’s office.

Stephanie loved beautiful places and she traveled extensively for business and pleasure, but her greatest love was her family and her “four-legged kids.”

She is survived by her mother, Barbara Brown Young, and sisters, Kathryn Nelson and Tawn Jensen who are currently residing in Salt Lake City. She is preceded in death by her father, Yorke S. Nelson.

Our family extends our deepest gratitude to Ted and Vivian Spilsbury, without whom we would have been even more lost and broken hearted.

A graveside service will be held May 5, at 1 p.m., at the Cedar City Cemetery, 685 N. Main Street, Cedar City, where she will be interred.