An agricultural watering system that has been fitted with more efficient bubblers on driplines instead of sprinklers, Iron County, Utah, date not specified | Photo courtesy of CICWCD, St. George News / Cedar City News

The most recent piece of news came during the March 12 Iron County Commission meeting, when Cedar City Council member Paul Cozzens, who is also a member of the Central Iron County Water Conservancy District board of directors, told the commissioners that a recent visit to the Utah Legislature’s Natural Resources Committee was successful in helping secure $220,000 in appropriations to help local farmers convert their pivot sprinkler systems to those that use more efficient water delivery methods.

Paul Monroe, general manager of the Water Conservancy District, said while traditional pivot sprinkler systems are about 75 percent effective, those that use bubbler or dripline attachments can achieve 95 percent efficiency, with less water being lost to evaporation or misdirection.

“That 20 percent savings is about 4,000 to 6,000 more acre-feet of water that we’d have every year. And if we do that, and we can couple that with our recharge efforts that we’re doing, then that’ll get us close to where we’ll have a balance,” Monroe told Cedar City News.

Currently, the Cedar Valley receives about 21,000 acre-feet of water each year but uses approximately 28,000 acre-feet, Monroe said, adding that agricultural irrigation accounts for roughly three-quarters of the water used.

“We’re trying to create a better watershed and a better environment,” he said.

Monroe said the recently approved funds are a one-time appropriation, with $200,000 in incentive loans to be administered through the Utah Department of Agriculture’s Agriculture Resource Development Loan Program. An additional $20,000 was approved for related research to be conducted by Southern Utah University and local extension agent Chad Reid.

The efforts in Iron County don’t stop with more efficient agricultural watering systems, and officials are addressing several other areas to help address the water deficit.

For several millenia, since the last Ice Age, the area geography’s closed drainage system has had Lake Quichipa as its ultimate end point. However, any water entering that now-dry lake bed is essentially ruined because of the soil’s high salt and mineral content. Much of Iron County’s aquifer recharge efforts are therefore aimed at keeping water from reaching Quichipa and putting it back into the ground before it gets there.

“For the first time since Lake Bonneville drained, Coal Creek water (mainly flood water) that was not diverted for other uses upstream is reclaimed before it mixes with Quichipa’s salty water, because once it mixes with that water it becomes virtually useless,” former Cedar City Council member Fred Rowley said. “Instead, we’re able to store it underground for our future culinary use.”

Cozzens and Rowley, who are seeking seats on the Iron County Commission in this year’s elections, both say water is a primary focus of their campaigns.

“Our valley receives about 21,000 acre feet of water each year, but we use 28,000. When you consider that Iron County is the third-fastest growing county in the state, it doesn’t take an engineer to figure out that our current usage is unsustainable,” Cozzens said during his speech.

Cozzens said aquifer recharge projects are vitally important in both good and bad water years. Last year, for example, Iron County received more than double its normal amount of snowpack in the mountains, Cozzens said, whereas this year’s winter precipitation totals are considerably lower. No matter the level of precipitation received, diverting as much unused water underground helps preserve it for future needs, he said.

One of the county’s most recent recharge projects involved the building of a concrete diversion structure near Quichipa that sends water northward underneath state Route 56, through a winding “lazy river” that helps remove sediment, and into a newly dug storage basin.

That latest project, which Cozzens said was created on a “shoestring budget,” is one of several active recharge projects that help put hundreds of acre feet of usable water back into the ground each year.

Other examples of active recharge and flood mitigation projects in Iron County include a couple that use portions of private gravel pits, one that utilizes a dried-up spring in the Enoch area and one that stores water in a series of narrow ponds along the runway at the Cedar City Airport.

“These projects are crucial,” Cozzens said, adding that the ongoing projects have involved the help and support and cooperation of numerous private citizens as well as elected government officials.

Cozzens said he is determined to seek even more ways of making sure Iron County has a sufficient and consistent water supply.

“I’ve taken it on as a personal mission, to find even more ways to help solve our water problems,” he said.

Conservation is a key aspect, with local water officials often reminding residents to reduce their household and yard water use and encouraging them to avoid wasting water.

Iron County will likely have to eventually pipe in outside water as its population grows, Cozzens said.

However, Iron County won’t be participating in the controversial Lake Powell Pipeline, as it opted out of the project several years ago, citing its high price tag.

“It would bankrupt our county and our cities,” Cozzens said.

Pipelines aren’t off the table entirely. Water officials in Iron County are looking at the possibility of building pipelines to carry water from the Wah Wah Valley and Pine Valleys north and west of Iron County in the sparsely populated western portion of Beaver County. That project has an estimated price tag of nearly $300 million, which is still roughly half what it would cost for Iron County to participate in the Lake Powell pipeline, according to officials.

Even water that gets flushed down the toilet is being looked at as being potentially reusable, said Kit Wareham, Cedar City’s city engineer.

“Probably the biggest things on the table right now as far as aquifer recharge and stabilization go is looking at the possibilities of using the treated effluent water from the Cedar City wastewater treatment plant to recharge the aquifer,” Wareham said, adding, “Of course, this may make a lot of people say ‘yuck,’ but it is possible and is being done in many areas.” 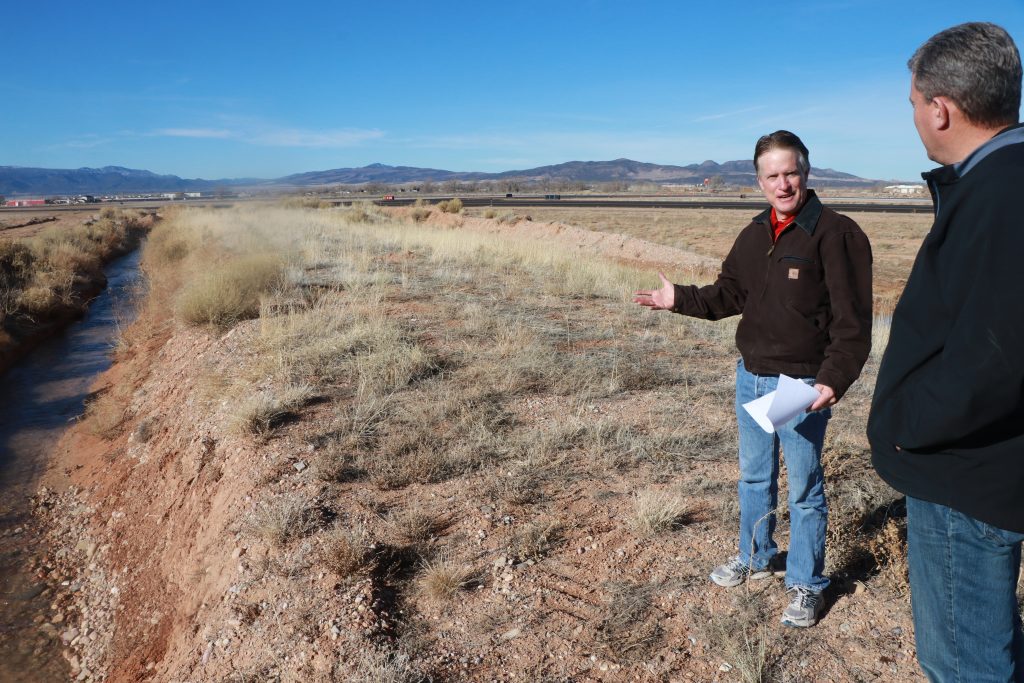 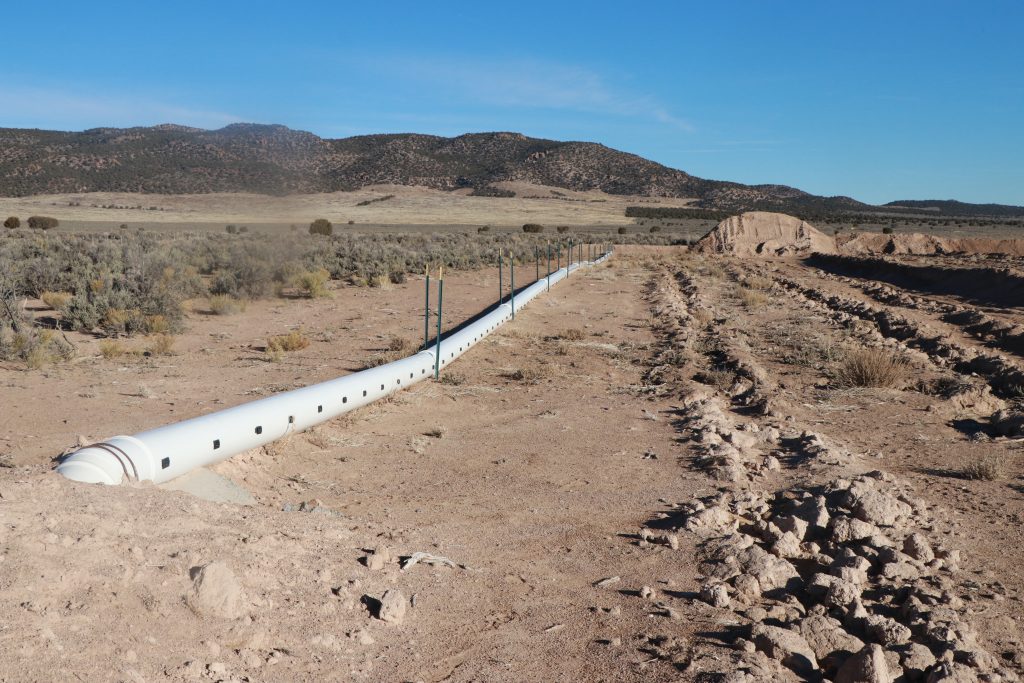 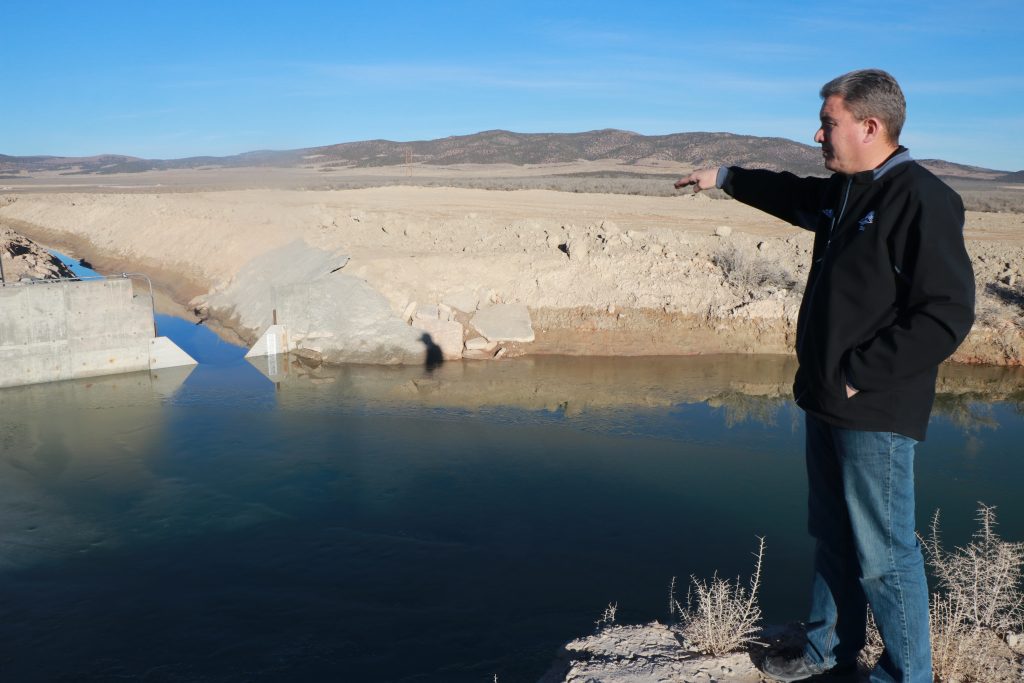 Paul Cozzens looks west toward a diversion structure that redirects water that would have gone to Quichipa and sends it to a retention pond, Cedar City, Utah, Feb. 3, 2018 | Photo by Jeff Richards, St. George News / Cedar City News 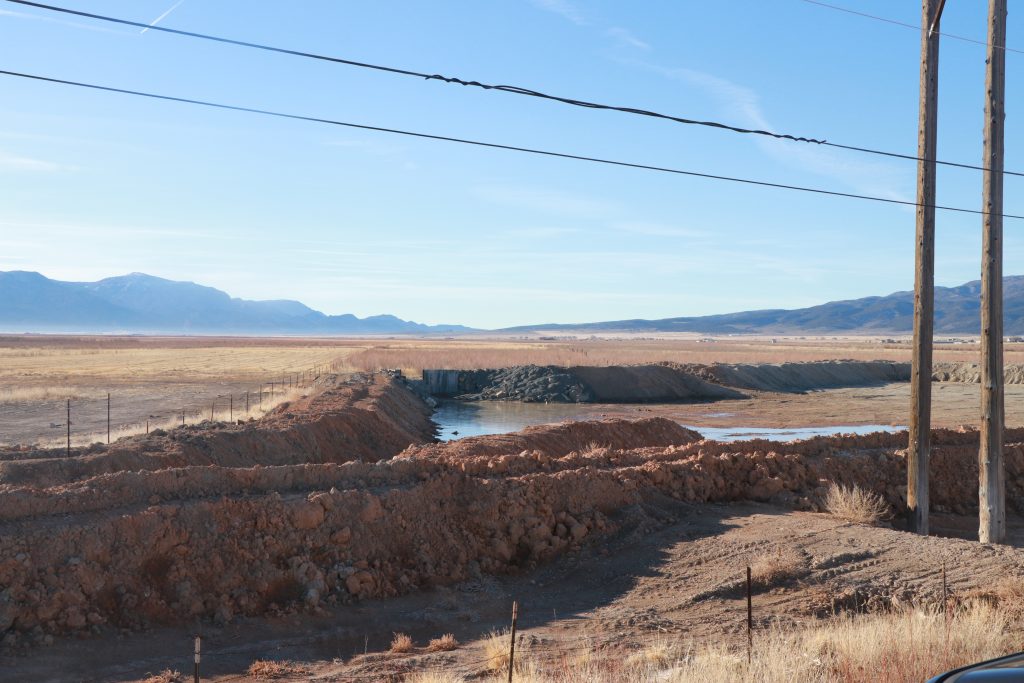 A newly built retention pond on the south side of state Route 56 near Quichipa dry lake bed. This pond receives water from the diversion structure, drops sediment and feeds four culverts that go under the highway and feeds the pumps to send water to the recharge basin, Cedar City, Utah, Feb. 3, 2018 | Photo by Jeff Richards, St. George News / Cedar City News 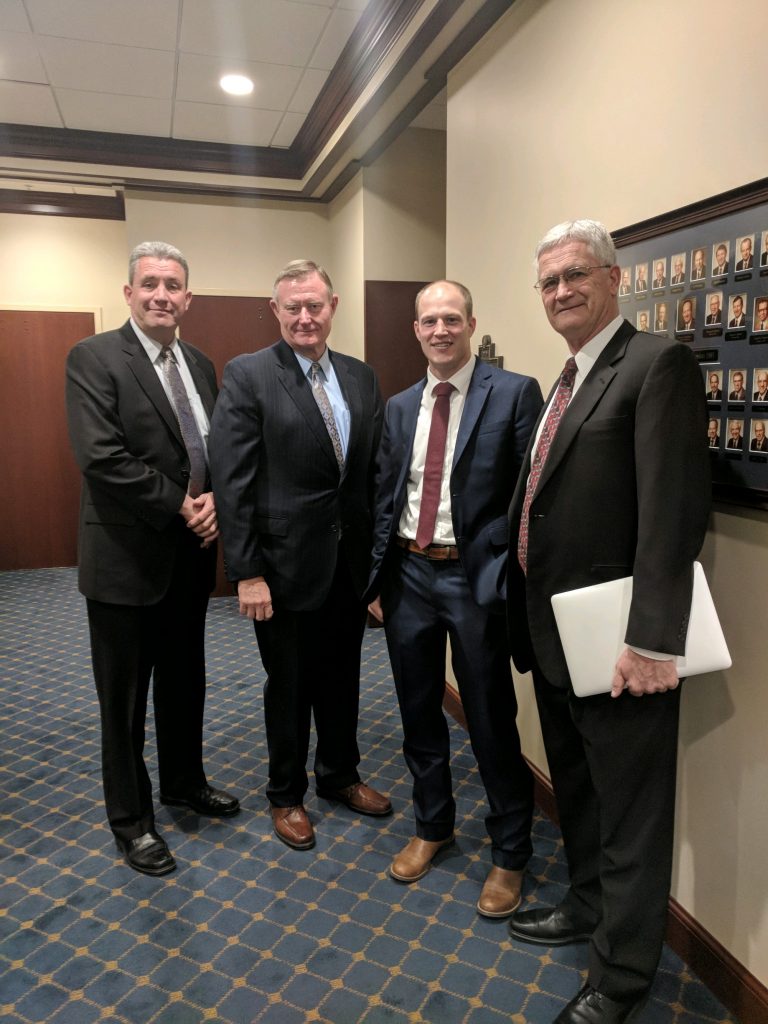 Water board one step closer to securing new water rights

‘Don’t you know we live in a desert?’ Developer says lake will actually save water in 3,400-acre Desert Color community.

Letter to the Editor: Iron County needs to make its No. 1 priority water

'These youth are the future of Hildale'; Hildale's first youth robotics team qualifies for state

From attainable housing to a bus route to Zion: A look at Washington County projects moving into 2020