WASHINGTON CITY — An old crate found inside a garage triggered a call to 911 that brought officers, firefighters and the bomb squad to a quiet residential neighborhood Thursday afternoon.

Washington City Police officers responded to a home on Frontier Drive shortly after 1 p.m. and were soon joined by firefighters and the Washington County Bomb Squad.

Officers cordoned off the street as a precaution while officers spoke to the resident who told police his family just moved into the home and, while clearing out the garage, he found a box that “appeared to contain either some road flares or possibly some dynamite that appears very, very old,” Washington City Police Chief Jim Keith said.

According to a witness at the scene, the box appeared to be a wooden crate that contained some very old road flares, ‘that haven’t been made since at least the ’70s.”

Toward the bottom of the crate they found an item that had lettering on it that was different than what was found on the flares, but it was difficult to read because of the weathered condition of the items, said the witness, who asked not to be identified.

Instead of handling the material the man called police and reported the discovery.

Keith confirmed that bomb squad officers found “one stick that had ‘explosives’ printed on it, so they believe there probably is one stick of dynamite,” he said.

Additional bomb squad vehicles arrived minutes later with a “bomb box” attached to a trailer that is typically used to detonate materials safely.

Meanwhile, a technician in a bomb suit inspected the suspected dynamite, which was subsequently stabilized, crated and removed from the area.

The witness provided St. George News with a video of the bomb squad agent removing the device from the garage, which can be seen at the top of this report. 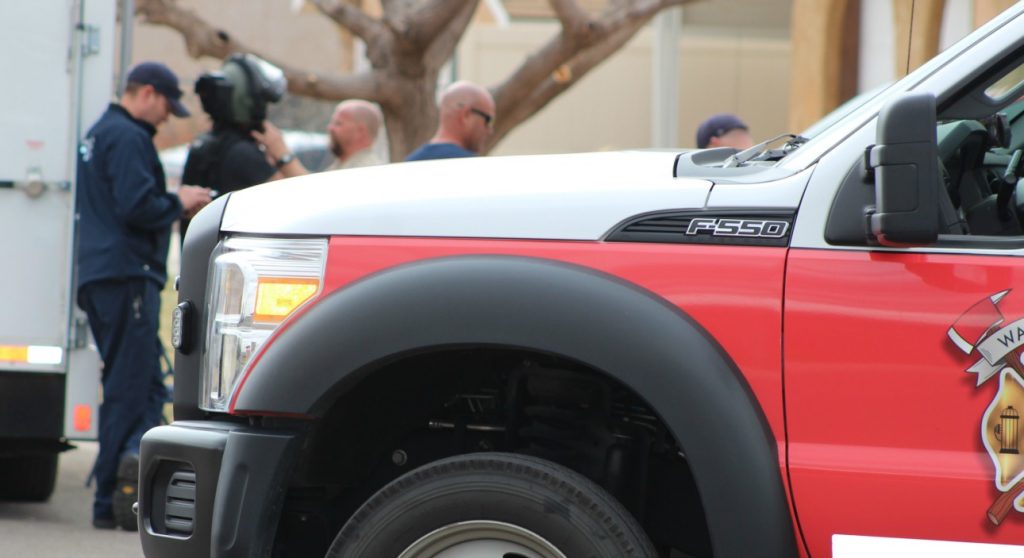 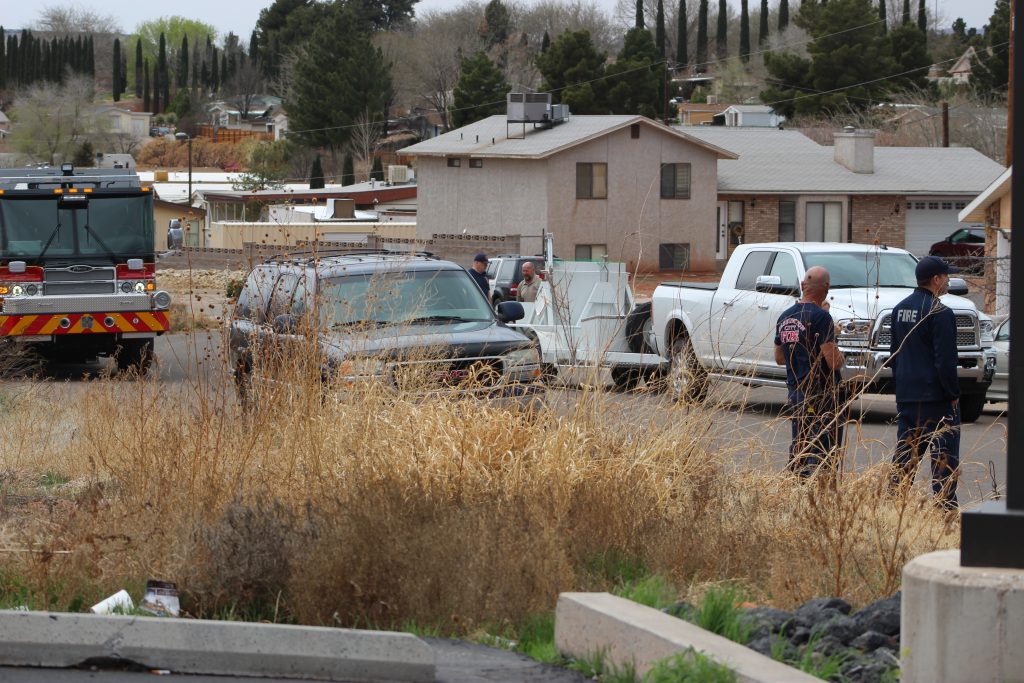 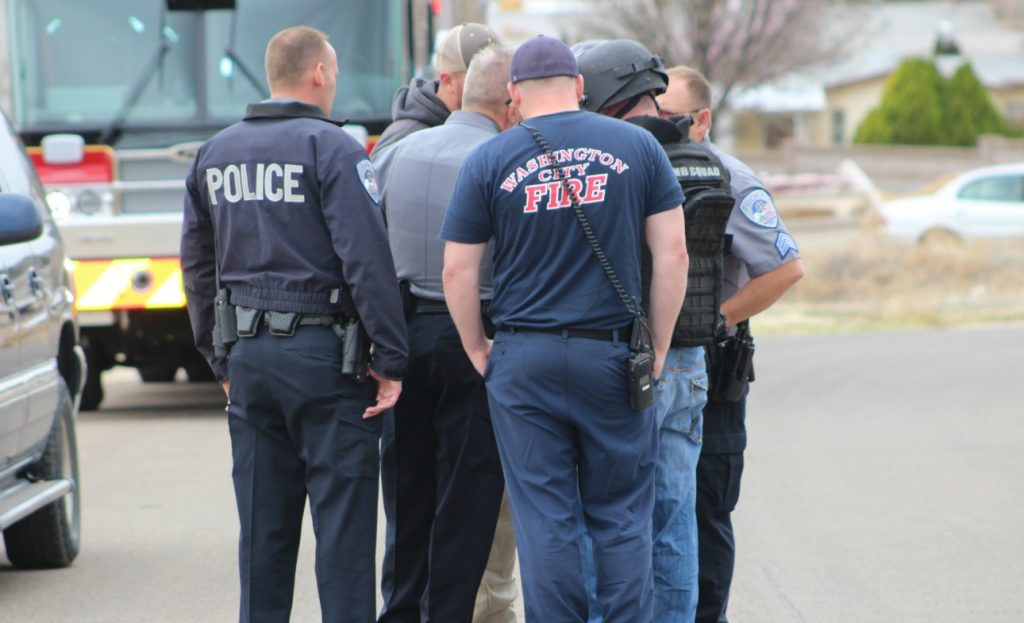 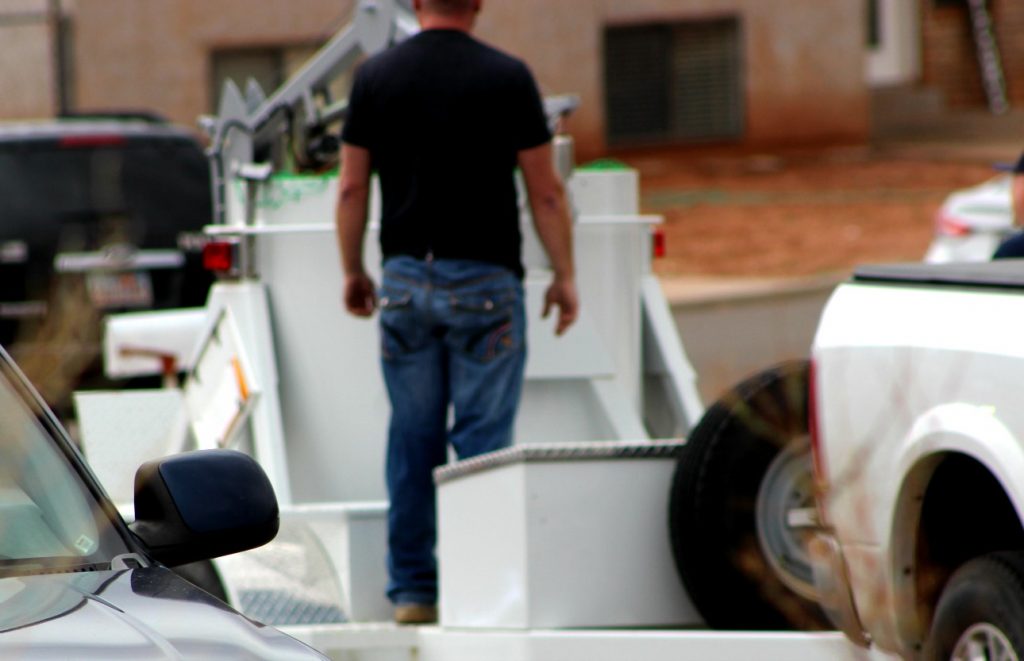 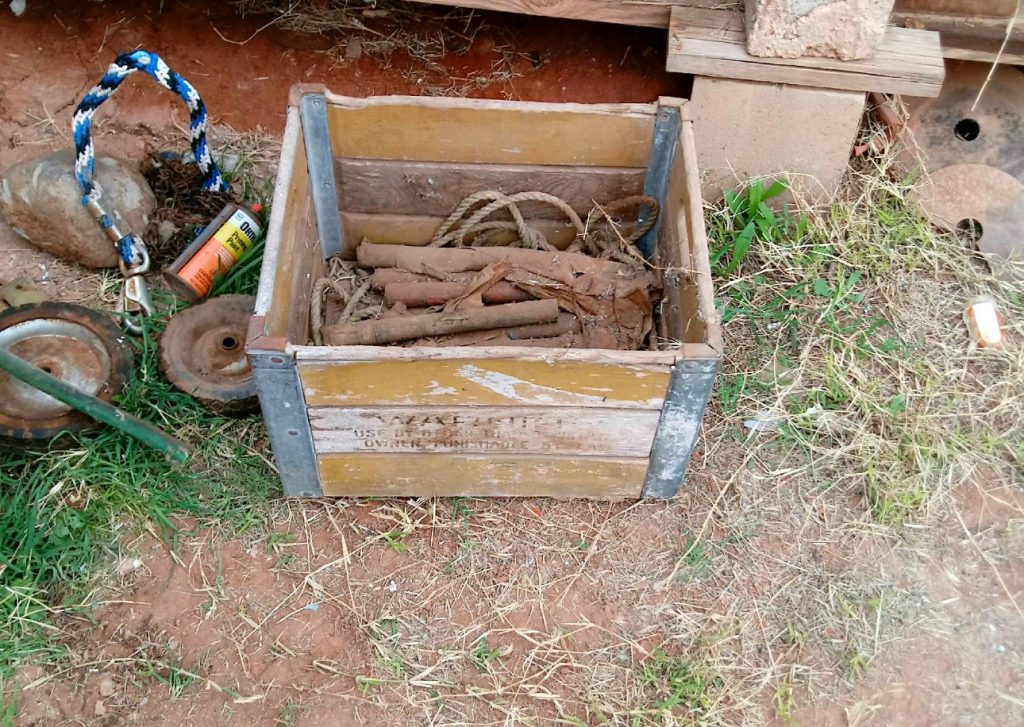