ST. GEORGE — An apartment fire that could have spread to multiple units Tuesday was kept in check by four painters working at the complex who contained the blaze until firefighters arrived – while a bystander rescued a dog that was trapped inside.

Firefighters, officers and emergency medical personnel were dispatched to the fire reported at Riverside Apartments at 400 E. Riverside Drive after a bystander called 911 to report flames coming from a downstairs apartment.

Once firefighters gained entry, they were able to extinguish the blaze in less than 20 minutes, St. George Fire Chief Robert Stoker said.

The tenants were not home when the fire started, but a dog was discovered inside the apartment. It was quickly carried out of the residence and “appears to be doing well, and we are still monitoring the dog,” the chief said.

When the fire started, four men painting one of the buildings in the same complex observed smoke coming from the apartment, grabbed fire extinguishers and ran to the unit to see if they could help.

The men entered the apartment through a window and began extinguishing the fire that was spreading quickly. They were able to hold the flames back until firefighters arrived.

“Those bystanders were able to keep the fire in check until we were able to get there or this could have been worse,” Stoker said.

Several police officers were on hand to make sure the burning unit was empty. They evacuated surrounding units as a safety  precaution.

The fire was caused by an electrical cord that failed, Stoker said, which ignited the carpet and then spread to the back of the couch and nearby furnishings.

Stoker estimated that approximately $20,000 in damage was caused by the fire, noting that actual damages could be higher.

The unit will take a significant amount of work to restore it to the condition it was prior to the fire.

The residents were displaced as a result.

Stoker added that the apartment manager is trying to find a unit that will serve as a temporary home for the tenants until the appropriate repairs can be made to the apartment that burned.

Most of the residents’ belongings remained intact but did sustain significant smoke damage, he said.

Stoker also said that the painting crew did an excellent job of using the extinguishers and, more importantly, they entered the residence making sure they had an exit and were able to back out of the apartment safely.

“If you use those extinguishers, make sure you have an exit so that you don’t become trapped while trying to contain the fire,” Stoker said. 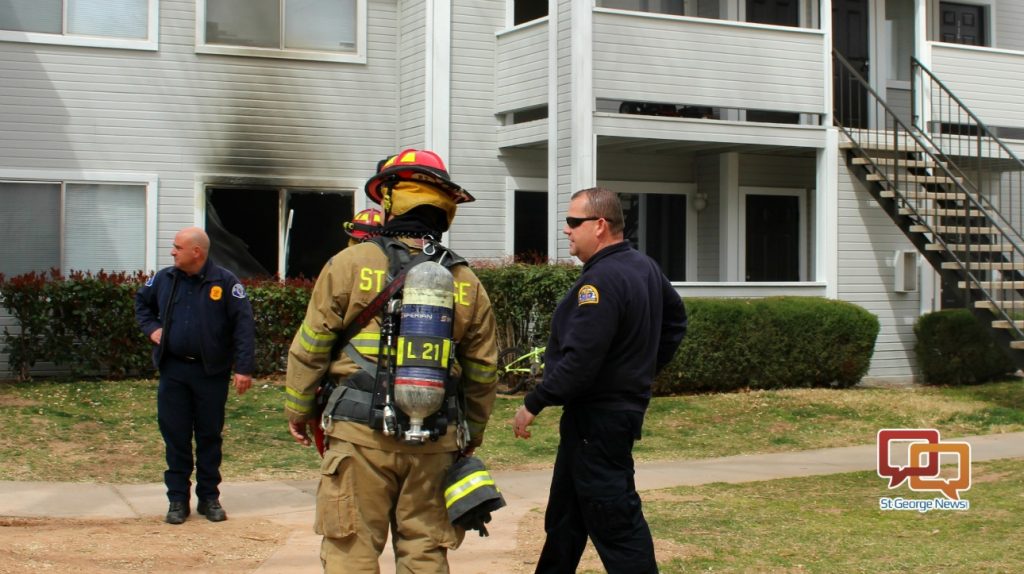 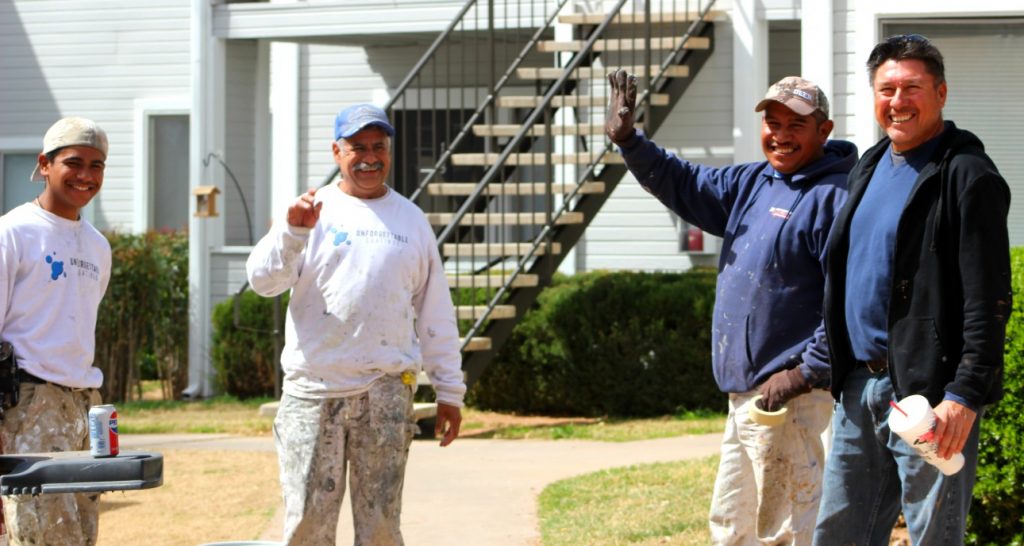 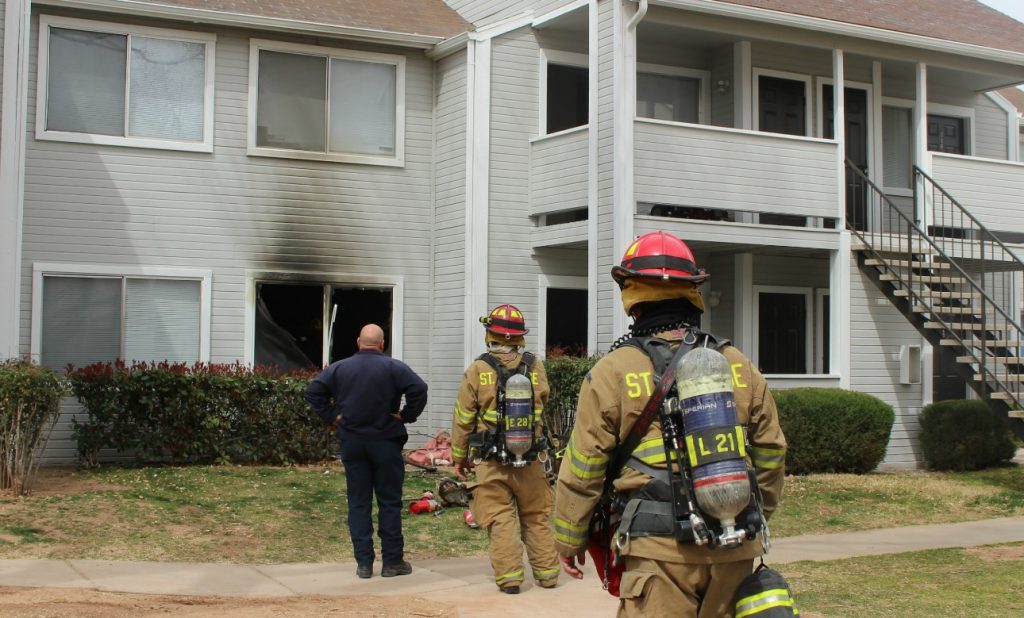 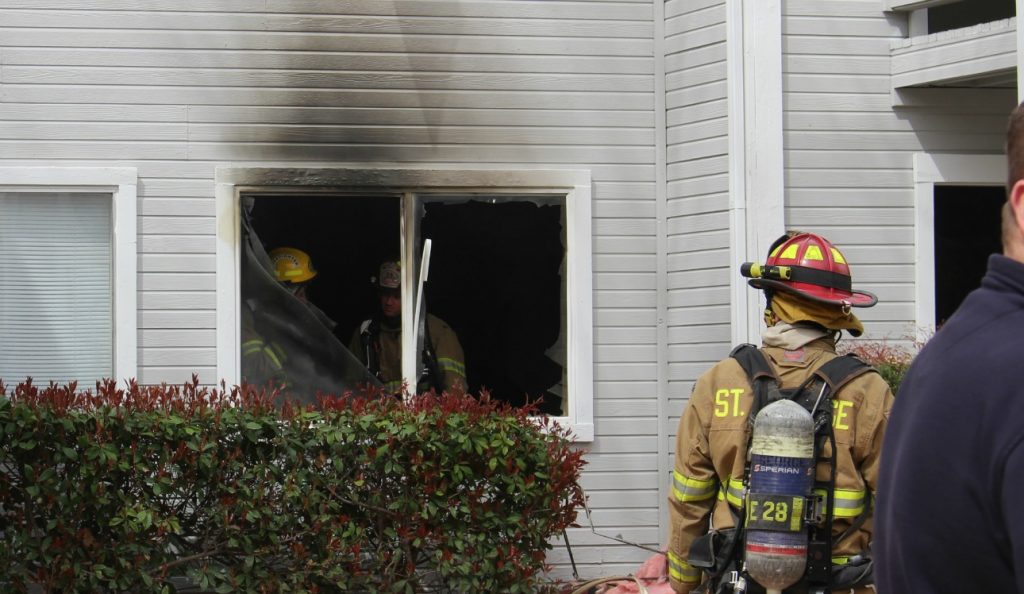 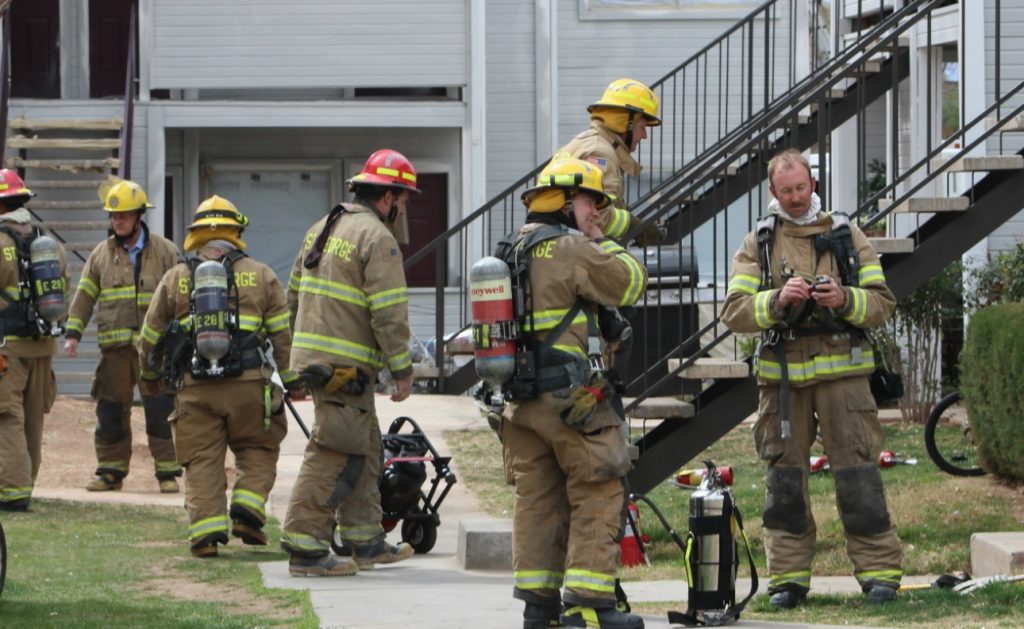 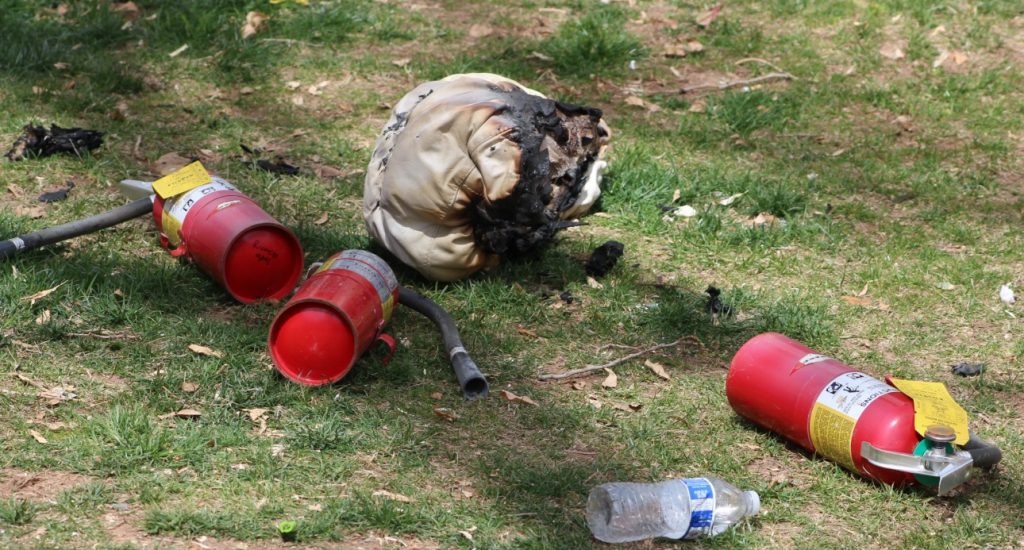 Agencies respond to apartment fire, cause under investigation