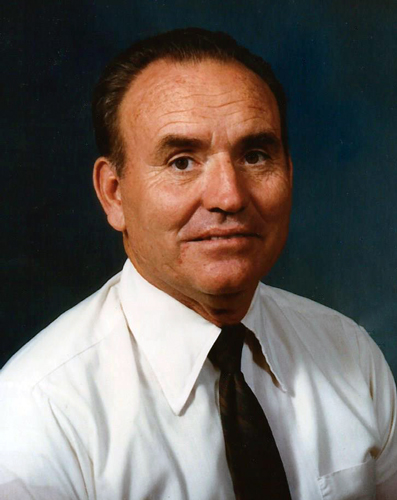 Joe, as he was known by most of his family, grew up in Virgin, Utah, where he learned to work hard at an early age and began working at his first paid job when he was 8 years old. After he graduated from Hurricane High School in 1952, he began working full time as a farmer for E.J. Graff. Joe was drafted into the Army and served from 1954 to 1956 during the Korean War. He became a wheel vehicle mechanic and later was assigned as a driver for General Garr, a Four Star General. After Joe’s two years in the Army he began working in St. George for a propane gas company. He was asked to go to Las Vegas for one month to get a branch of this company started. He worked for the gas company for four years before he was hired by the Las Vegas Fire Department where he worked for 29 years, first as a firefighter and then as an engineer.

Joe had many interests. He loved the outdoors and enjoyed hunting, fishing, camping and trapping with his family. His favorite interest was missionary work for the LDS church. He loved to share the gospel message.

Survivors include his wife, Frances, of 61 years; sons Eugene (Julianne), David (Pamela), Lorin (Janet); daughters LaResa and Melissa (Ben) LeBaron and daughter-in-law Julia, all of Las Vegas, Nevada; 36 favorite grandchildren; 26 favorite great-grandchildren (with two more great granddaughters on the way); his brother Waldo (Winnie) and his sister Priscilla (Varl) Riding both of Fredonia, Arizona. He was predeceased by his son Kelvin, two grandsons Logan and Benjamin, his parents, five sisters and three brothers.

In lieu of flowers, the family suggests donations go to the LDS church missionary fund.

Arrangements have been entrusted to the care of Moapa Valley Mortuary, 702-346-6060.