UPDATE March 5, 2:35 p.m. At approximately 2:15 p.m., students were given permission to leave school grounds if they normally walk or are picked up. The Washington County School District website has a notice that parents should pick up students at the “SOUTH Sportsman’s Warehouse parking lot” 2957 E 850 North. Buses will operate at the normal time.

Several parents of Pine View students told St. George News that their children had messaged them saying they heard a backpack was found that was “smoking.”

David Whalen, a grandparent of Pine View students, said he was told by his grandsons that a student set a backpack on fire and reported explosives were in it.

“My grandsons reported the backpack, and the student evacuated with the whole school,” Whalen told St. George News. “Police arrested the student while they were on the field.”

While there has not been confirmation of an arrest, witnesses reported seeing a student escorted off the field by law enforcement, and a reporter from St. George News saw a bomb robot on the scene.

Parents are being asked not to pick up students early and that they will be released at the normal time. Buses will be operating as normal. 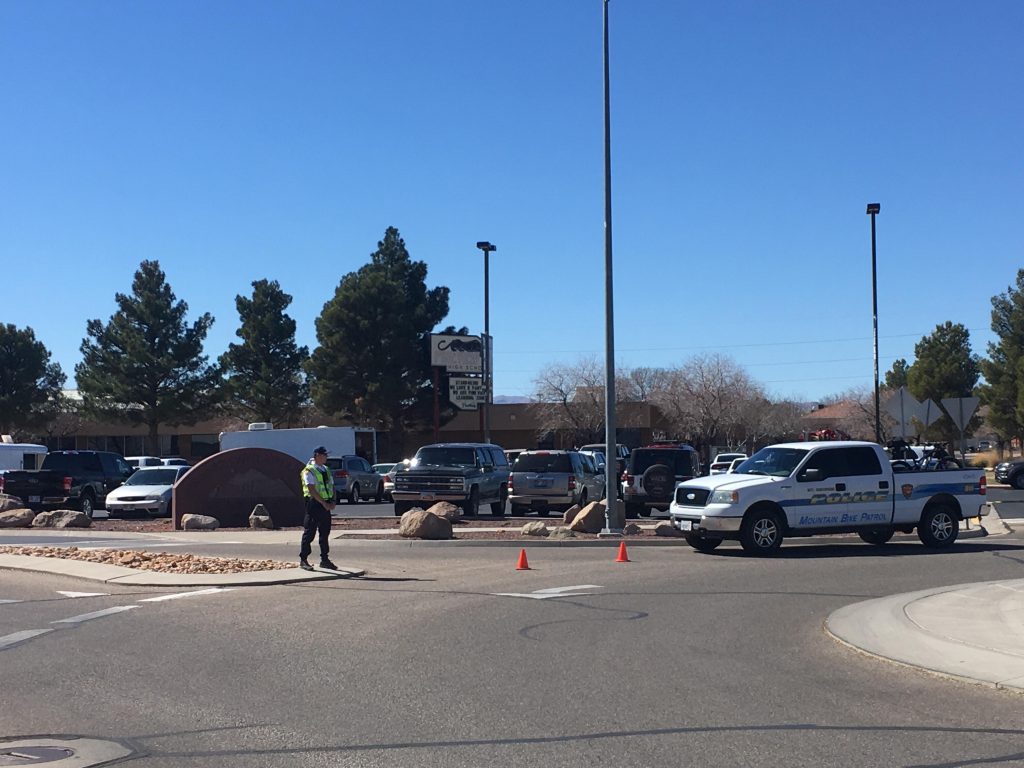 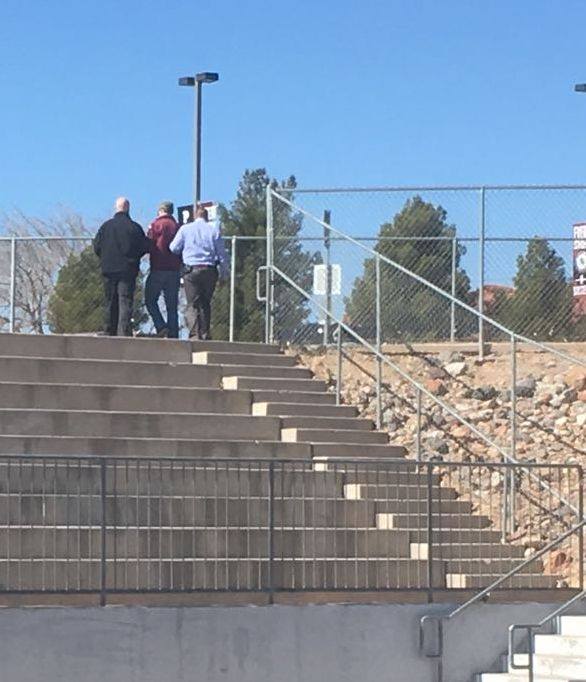 Student escorted off the football field at Pine View High School after the school was evacuated following the discovery of a suspicious package, St. George, Utah, March 5, 2018 | Photo sent to St. George News 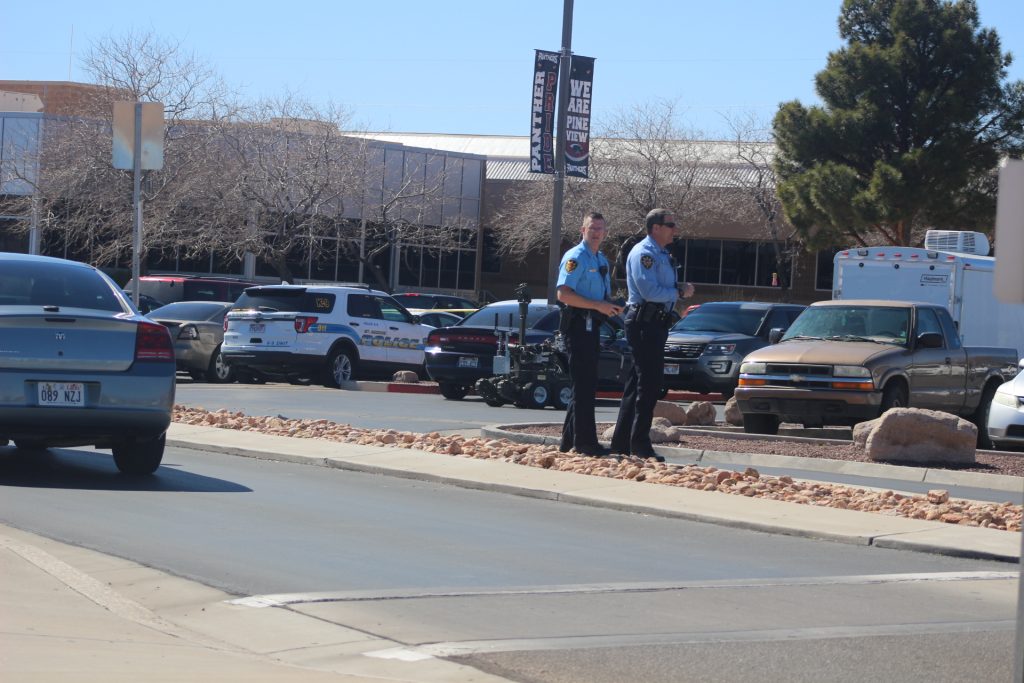 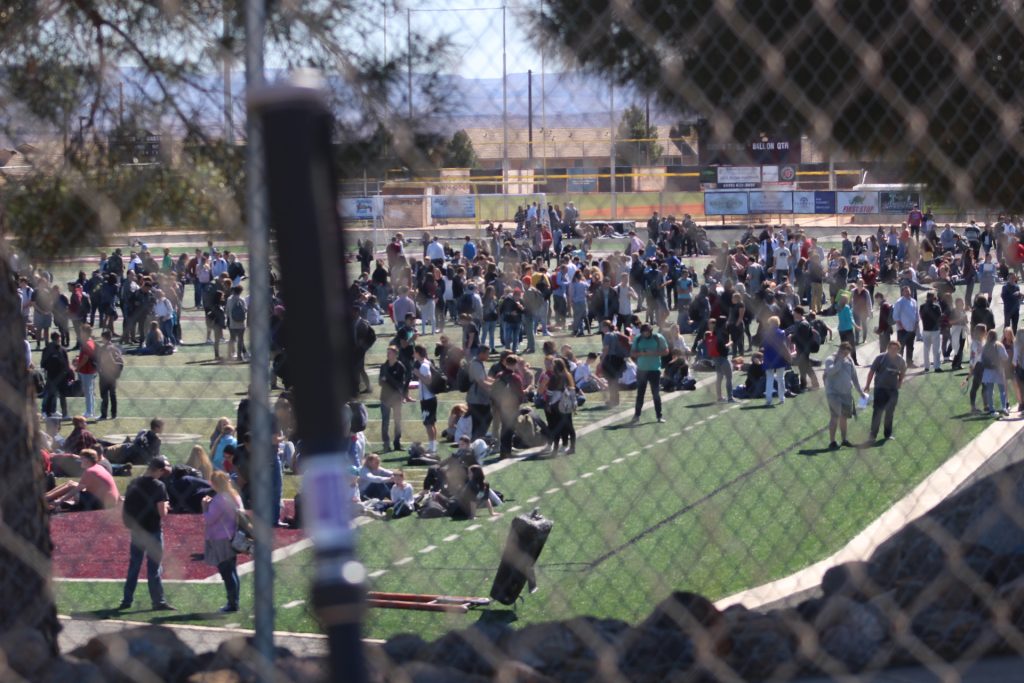 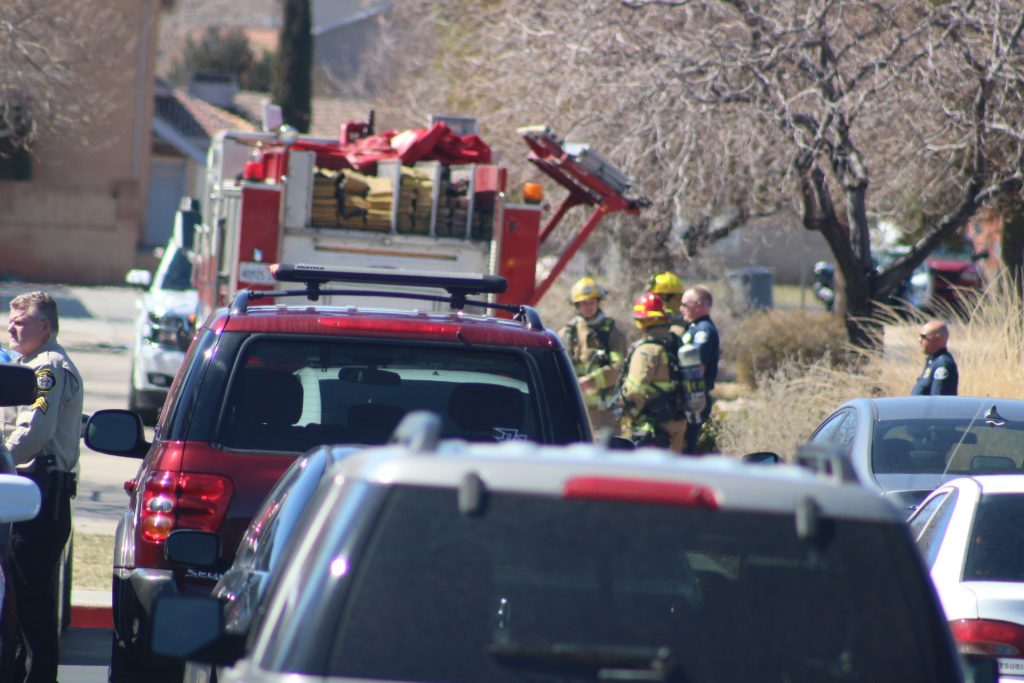