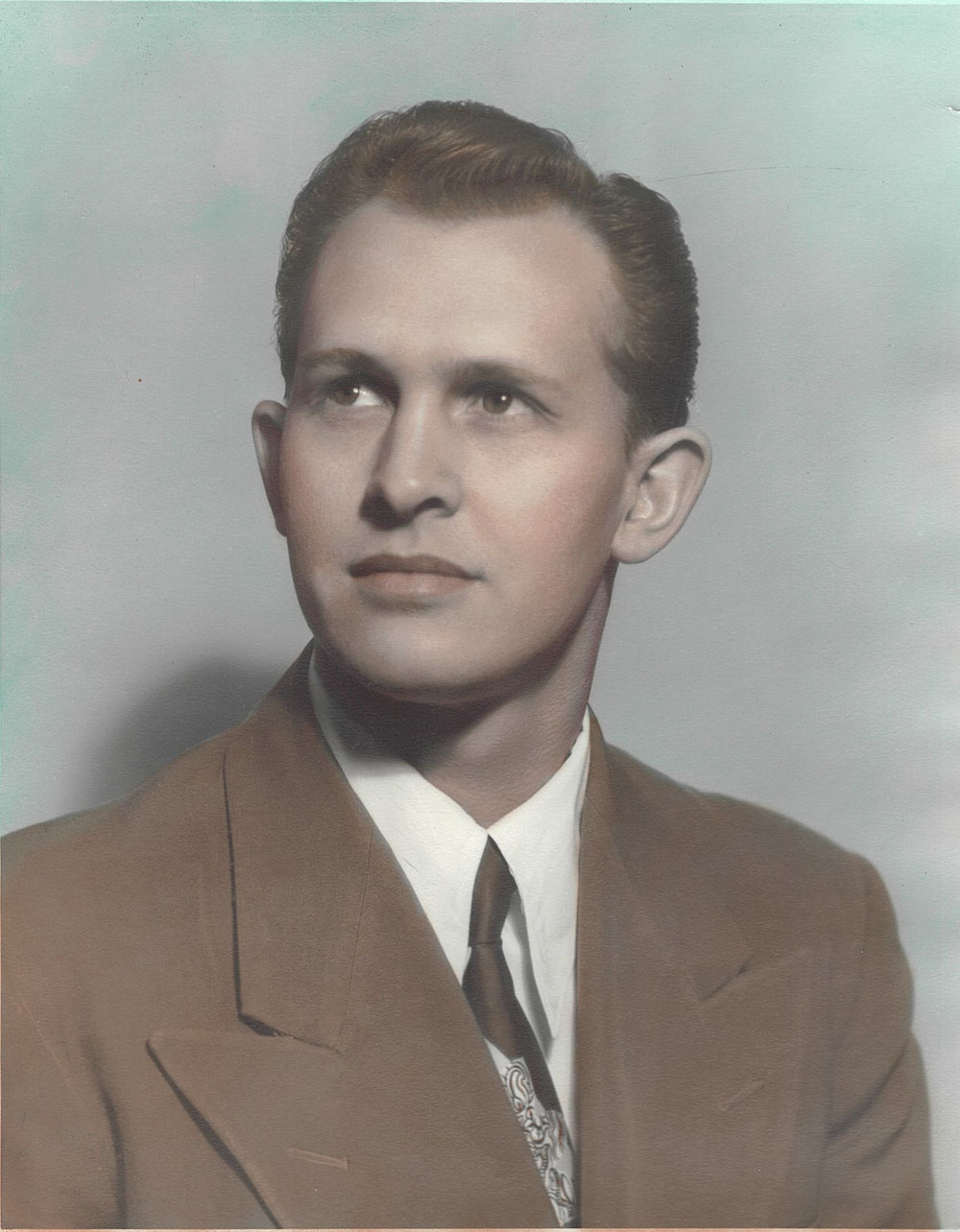 Wilson Lane Foote was born on Jan. 4, 1924, in a hospital in Price, Utah, to Grant Lane and Ethel Caldwell Foote, who lived in nearby Wellington. He was their first of eight children. Lane departed this life peacefully on the morning of Feb. 15, 2018. At 94 years of age, he was the last in the family to return to his heavenly home.

In his youth, Lane loved sports. He was a pole vaulter, did well at the running broad jump and played basketball all through high school. He also had a love for music and was in several operas. He earned a scholarship in Carbon County for voice but was unable to take advantage of that opportunity. He graduated from high school in 1942.

When World War II broke out, Lane enlisted in the Army. He reported to Fort Douglas on March 1, 1943. During his military service he was awarded five Battle Stars and a Bronze Star. He was also awarded the French Coeur De Guerre, a French military decoration for bravery awarded to very few Americans.

Shortly after his honorable release from the military, Lane met Marian Roundy on a work-related trip to Escalante, Utah. They were married on July 5, 1946, and raised a wonderful family of eight children.

Lane worked at several different jobs, including traveling sales, working in a bakery, serving on the police force and selling and installing floor coverings. He owned and operated “The Carpet Gallery,” a very successful enterprise in St. George, Utah. He loved visiting new places and meeting new people and was loved by all who knew him.

The family moved frequently, finally settling in St. George in 1975. Lane loved the gospel of Jesus Christ and served in several organizations in The Church of Jesus Christ of Latter-day Saints, including the Sunday school, the Young Men and as a bishopric member. However, Lane felt that the most rewarding experience of all was having the opportunity to serve with Marian in the St. George Temple as ordinance workers for over ten years.

There wasn’t much that could slow Lane down. He went through three open heart surgeries (resulting in 13 bypasses), an appendectomy, gall bladder surgery, bladder and colon cancer, and he just kept on going. Even in his nineties, he was still very cognizant of everything that was happening around him.

Quoting from Lane’s personal history, he says, “I’m grateful for the large family that we had… for each of the children we had. I love and respect each one of them and am proud of the way they have directed their lives. I’m grateful for Marian and for the type of life which she has led and for the strength and guidance that she has given, not only to me, but to all the family. I am thankful for a loving Father in Heaven, who has extended His arm out constantly. I’m grateful to know that we can once again come back into His presence. I have so much love for all the members of my family. I have great respect for our grandchildren. It is our hope that one day we will all be together with all our family again. It will be a great reunion. I’m grateful to you all!”