ST. GEORGE — A collision on Red Hills Parkway resulted in no injuries but left a Jeep badly damaged Friday evening.

St. George Police responded on report of a rollover crash at the intersection of 900 East and Red Hills Parkway involving a gold Toyota Camry and a dark-colored Jeep SUV at approximately 5:45 p.m.

The drivers made their left turns simultaneously, Parry said, and the Camry hit the back of the Jeep, causing the Jeep to roll twice before coming to rest on its side in the southbound lane of 900 East.

Emergency personnel from Gold Cross Ambulance arrived to provide medical attention, but no injuries were reported by the driver of the Jeep or the five occupants of the Toyota.

“Luckily nobody was hurt,” Parry said. “The fact that everybody was seat belted probably really helped that, especially since the car rolled twice.”

A wrecker arrived and pulled the Jeep upright before towing it away in inoperable condition with a displaced windshield and crunched frame. The Toyota sustained minor damage to its front driver’s side and was able to be driven away.

Southbound traffic on 900 East was blocked while responders cleared the scene. Eastbound traffic on Red Hills Parkway was intermittently blocked, causing some backup for motorists in the area. 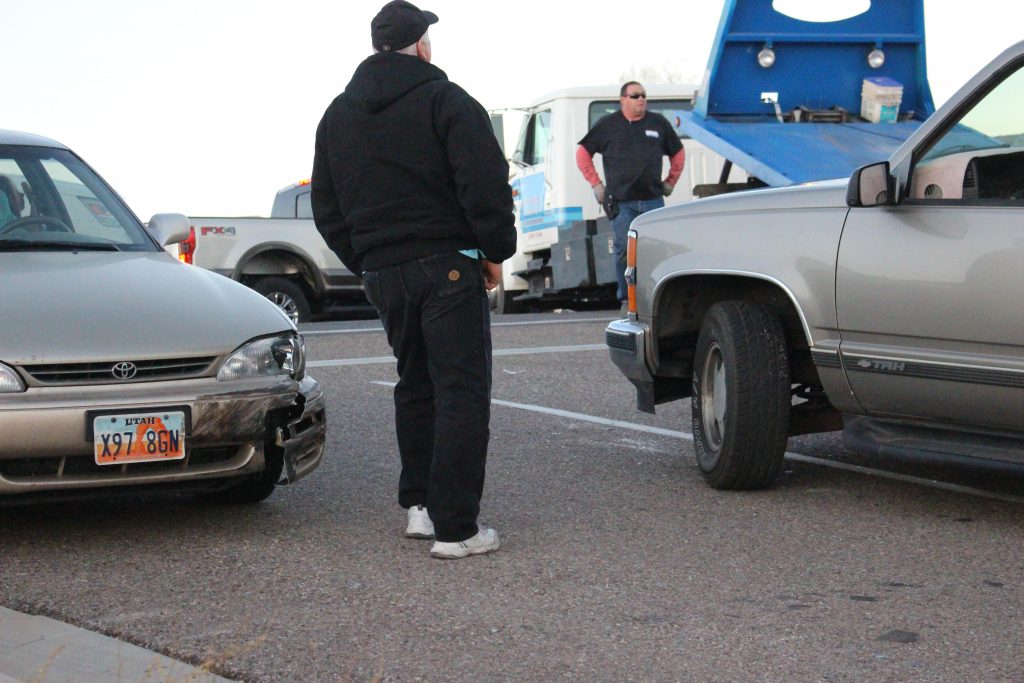 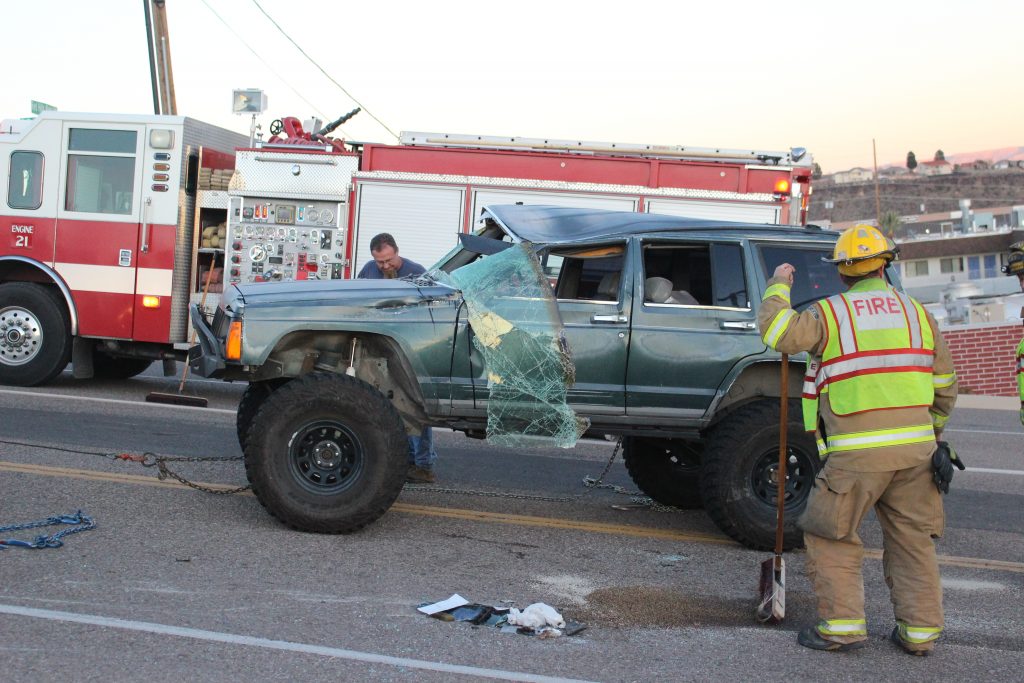 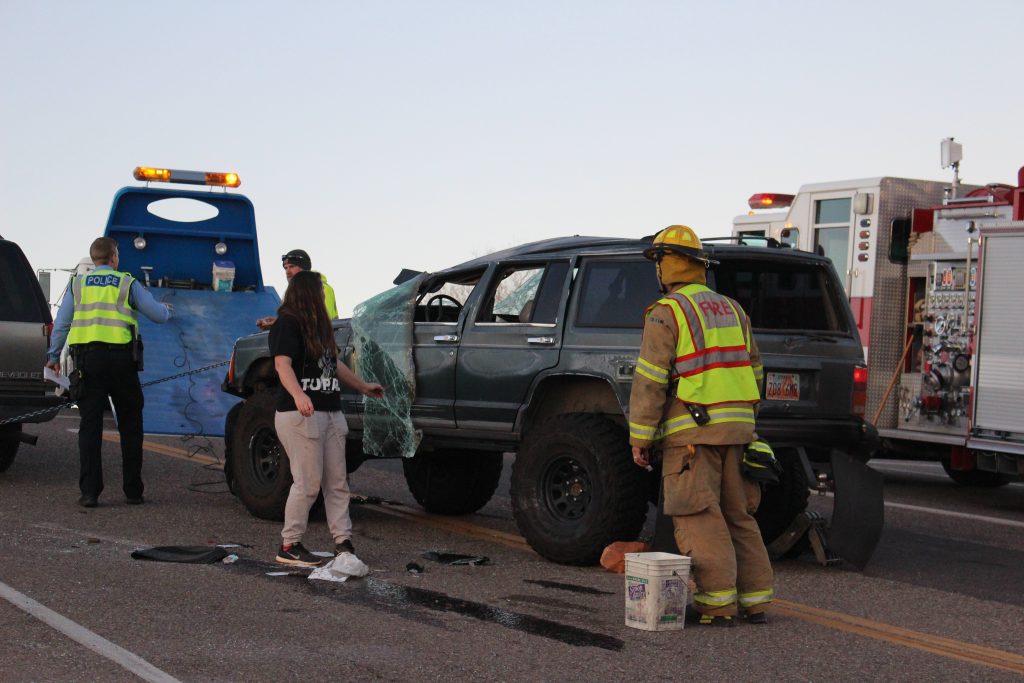 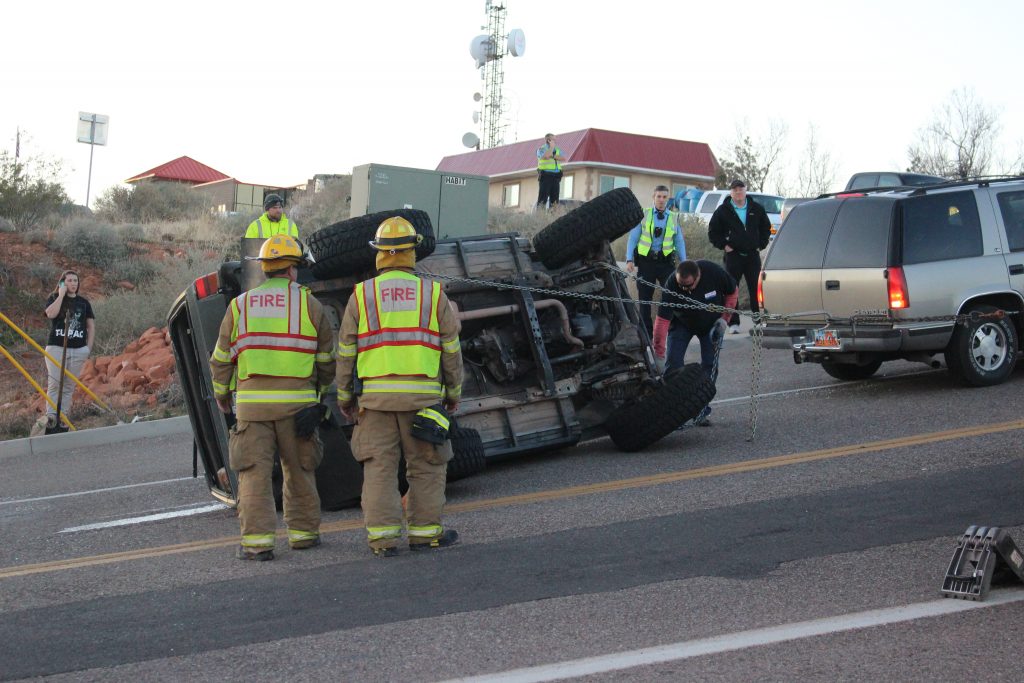