CEDAR CITY — Playing in the last regular-season game for both teams, the Cedar Lady Reds survived a scare from Dixie, relying on their defensive prowess to post a 41-25 victory at Cedar High Thursday night.

Junior center Sina Tapasa scored an inside basket on Dixie’s first possession, giving the Lady Flyers an early 2-0 lead. Cedar, which started five seniors on Senior Night, then scored the next seven points of the game, thanks to a pair of free throws by Dream Weaver, a baseline shot by Lexi Williams, and a 3-pointer by Carley Davis.

Although Cedar maintained a single-digit lead for the remainder of the first half, Tapasa kept powering her way inside, scoring Dixie’s first 10 points and 13 of its first 16. Even so, the Lady Reds managed a seven-point lead at the half, 25-18.

“We had a hard time stopping (Tapasa) at first,” said Cedar head coach Corry Nielsen. “At halftime, we made some adjustments and were able to hold their team to seven points the whole second half. Our defense really came through for us, as usual.”

“We knew we had to attack the basket more and break down their zone defense,” Nielsen added. “They really played us tough all game.”

Cedar outscored Dixie 6-2 during the third period and 10-5 during the fourth, as the Lady Flyers scored just three field goals in the entire second half.

“She started out strong for us, but then had a dropoff,” Forsey said. Even so, Tapasa, with 13 total points, ended up with more than half her team’s total points, despite being held scoreless in the second half. She also pulled down a team-high five rebounds. After Tapasa, Dixie’s next highest scoring players were Sina Schwalger and Joslyn Bundy, who each made three points.

“We’re a young team, but I think we did some things well tonight,” Forsey added. “For the most part, I think we controlled the tempo of the game, and we were able to slow Cedar down. We just couldn’t keep up with them offensively.”

Following the victory, the Lady Reds cut down the net from the basket at the north end of the gym in celebration of their Region 9 title.

Cedar which finished its season with a 10-2 region record, will enter the first round of the 4A playoffs next Friday, Feb. 23 as the No. 1 seed from Region 9. CHS will host either Bear River or Sky View, which tied for fourth place in the Region 12 standings with 3-7 records. The game is scheduled for 7 p.m., as are all of the other 4A first-round games that evening.

Hurricane secured a second-place finish in the Region 9 standings, thanks to a season-ending 49-36 road victory over Snow Canyon Thursday.

The game was close throughout the first half, with the teams heading into halftime tied 22-22.

Hurricane then outscored the Lady Warriors 12-9 during the third period and 15-5 in the fourth to pull away with the win.

“We made some adjustments on defense at the half, but our best quarter was the fourth,” Hurricane head coach Franci Homer said. “We were much more patient on offense and rotated better on defense.”

Snow Canyon was paced by Brielle Hoskins and Tylei Jensen, who each scored seven points, while Alivia Hinton added six. The Lady Warriors ended their season in fifth place in the Region 9 standings with a 5-7 record.

Despite losing its first three region games, Hurricane went on to finish the regular season 8-4. The Tigers will host Region 12’s No. 3 seed, North Logan’s Green Canyon High School, in the first round of the 4A state playoffs next Friday, Feb. 23, starting at 7 p.m. at Hurricane. 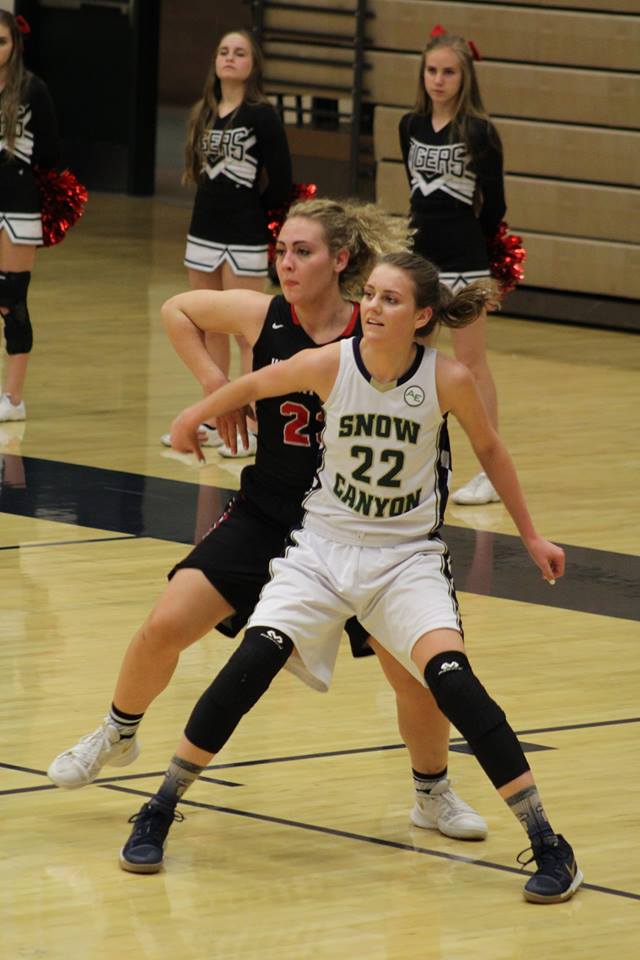 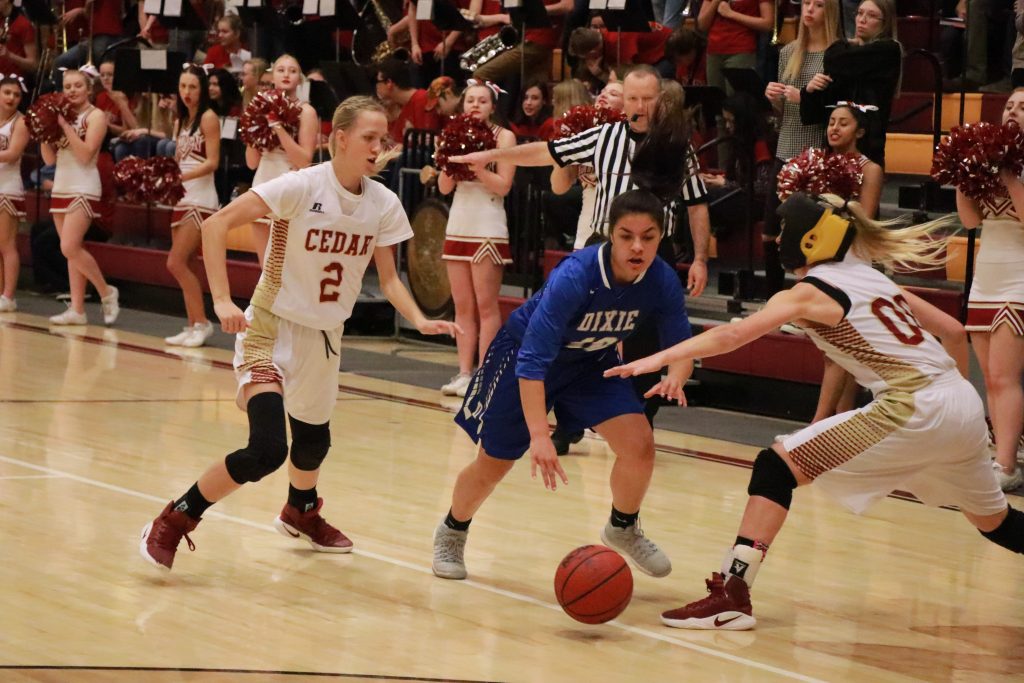 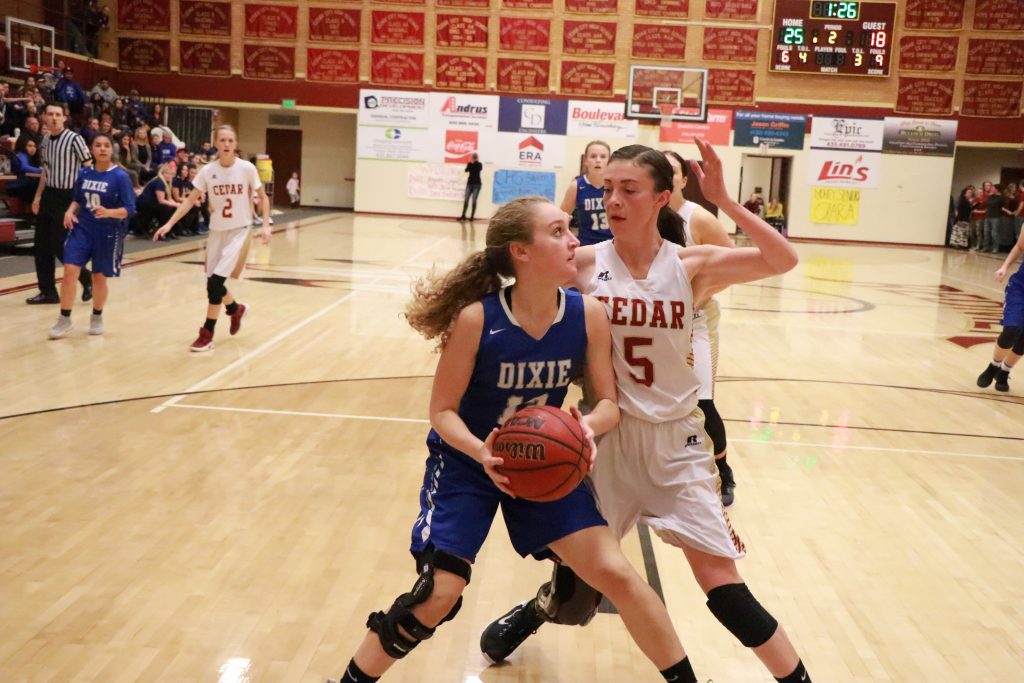 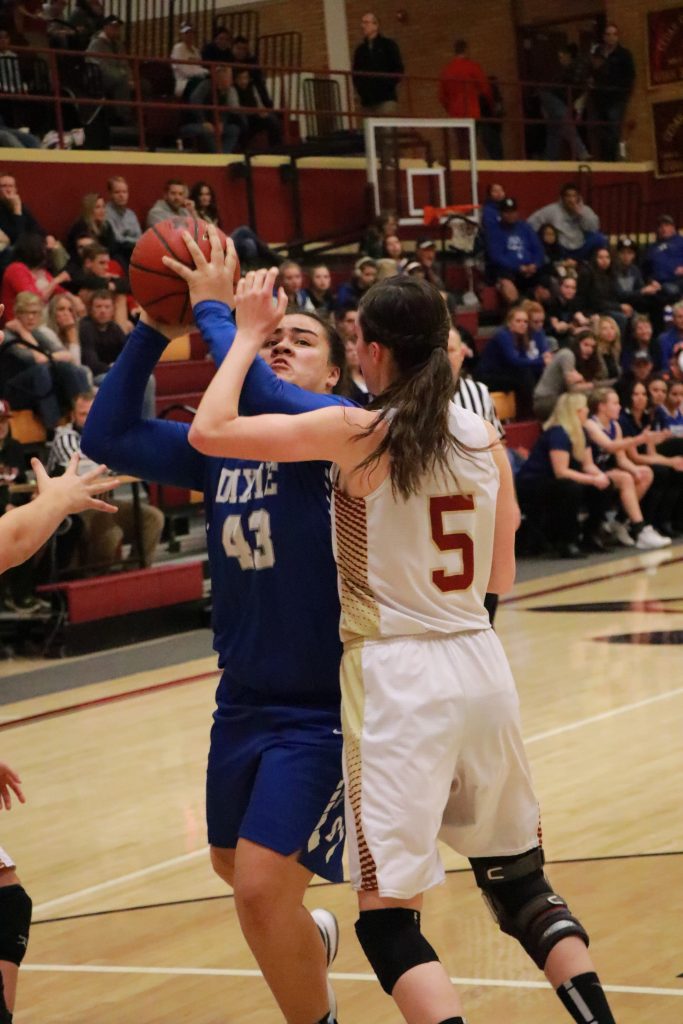 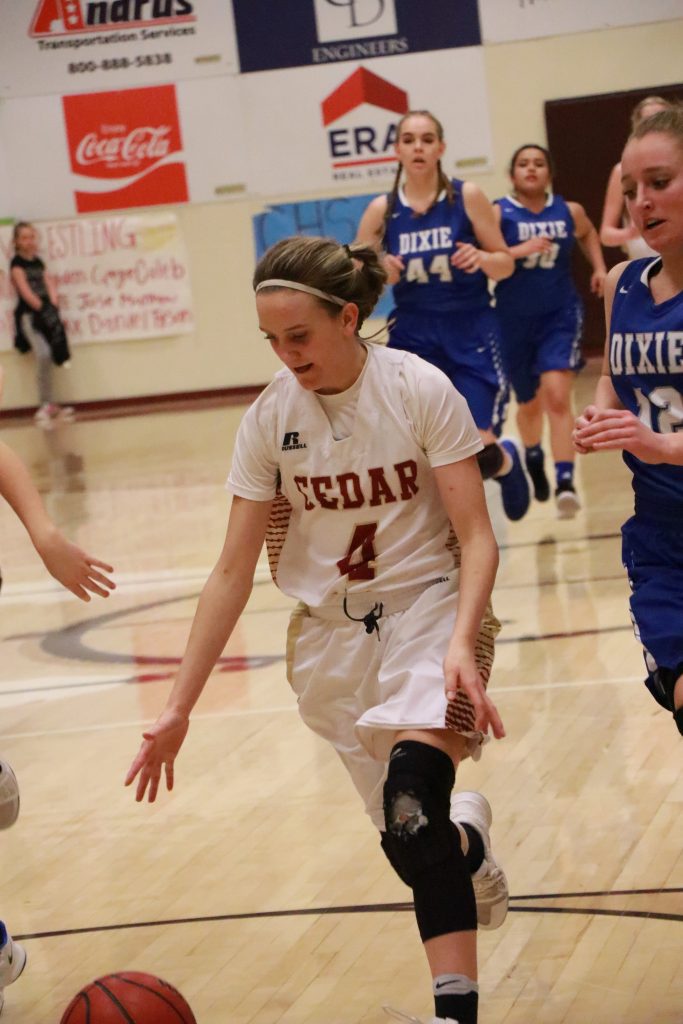 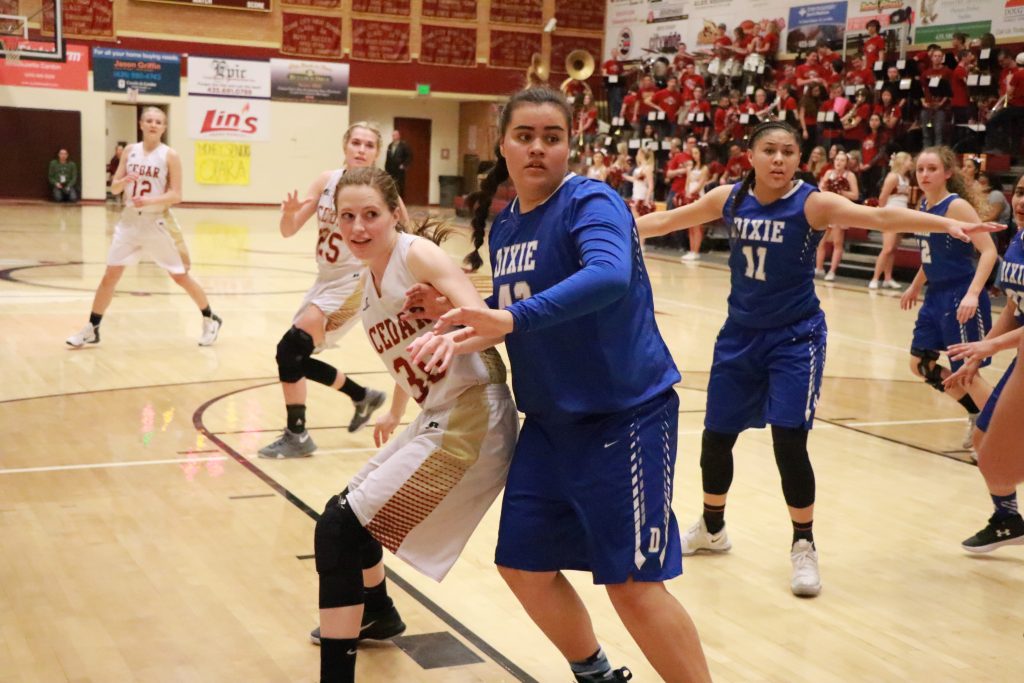 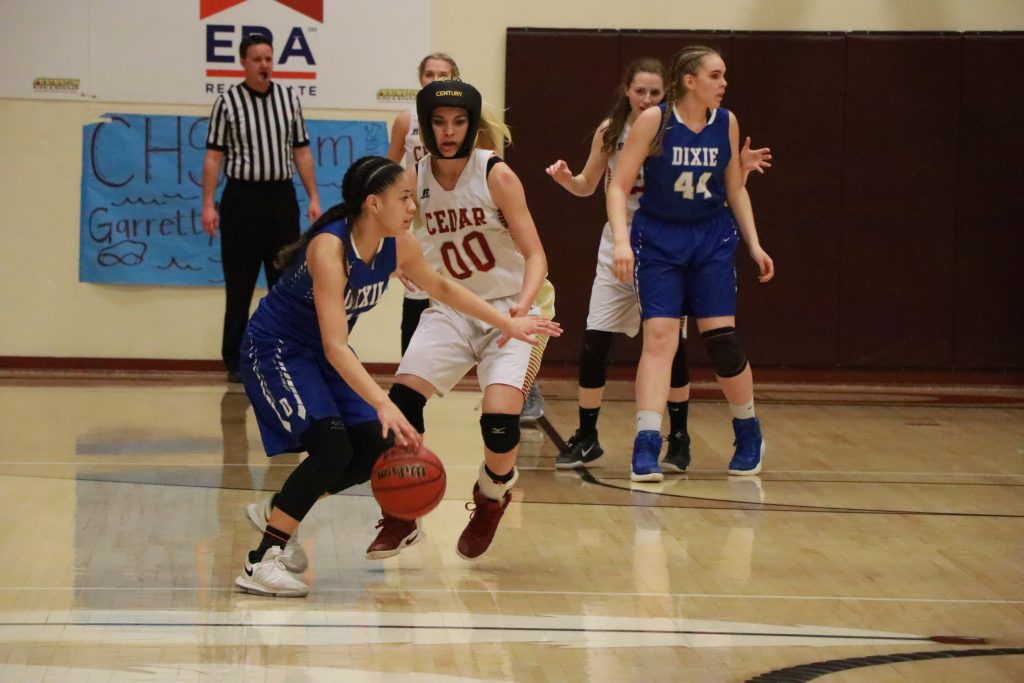 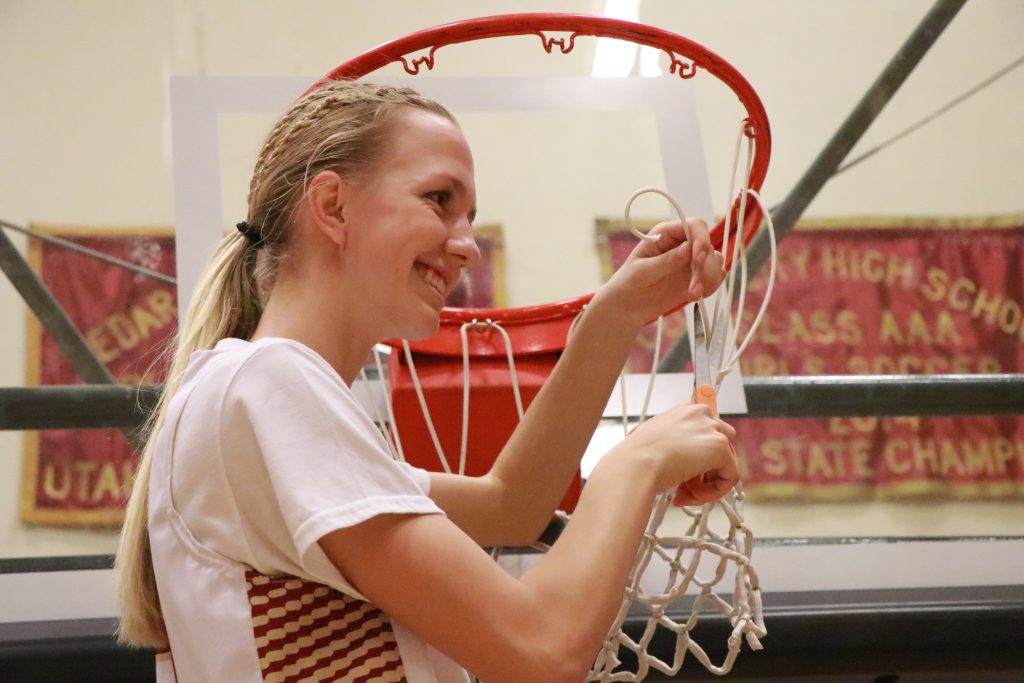 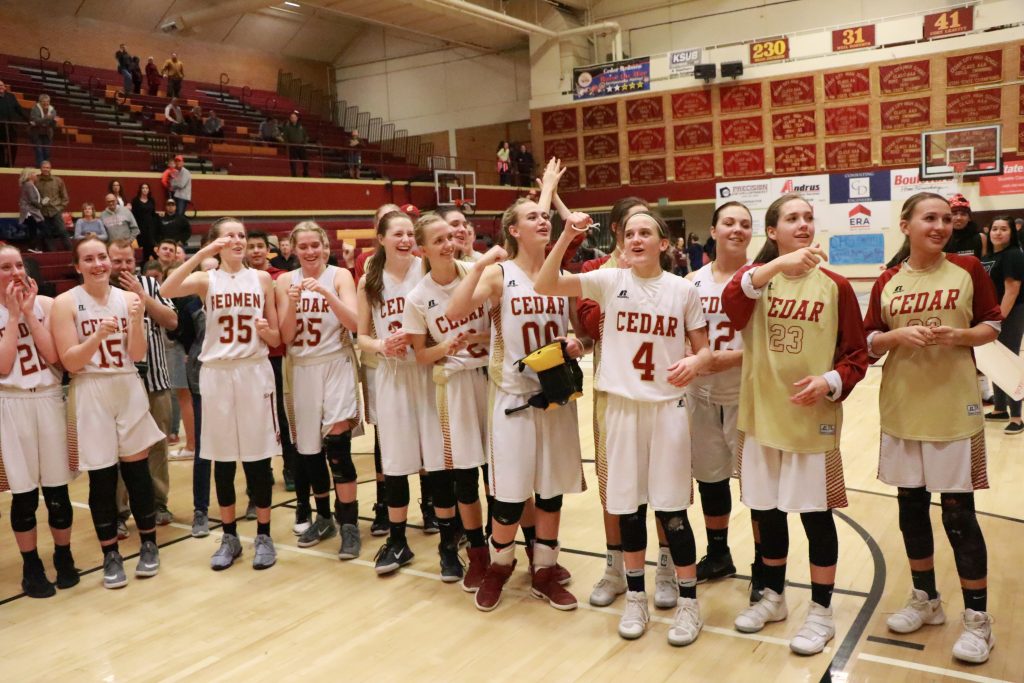 Cedar High bounces back from tough losses to wreck Dixie

'Just go, go, go all day'; Rescuers respond to 5 calls in 1 day, including cyclist who lost his life

99.9 KONY Country to hold moment of silence on Memorial Day