ST. GEORGE – Perhaps the most highly-recruited high school football player in the history of southern Utah sports threw everyone a curveball Wednesday.

Penei Sewell, who is rated as one of the top offensive linemen in the entire country, chose to sign a National Letter of Intent with the University of Oregon Wednesday afternoon in an announcement at Desert Hills High School.

Sewell said it was the “family atmosphere” he felt during a campus visit to Eugene, Oregon, that helped him decide to join UO’s team. “It was definitely a tough decision, but it was a good problem to have,” Sewell said. “Oregon just feels like a home away from home.”

Sewell thanked his parents, coaches, and friends for their support. He kept everyone in the room in suspense for a few more moments, with four caps resting on the table in front of him, representing the University of Utah, Alabama, Oregon, and USC. Then, unzipping his jacket to reveal he was wearing a black shirt emblazoned with Oregon’s trademark “O”, he put his hands together in the shape of that same letter as the crowd clapped and cheered.

Sewell had been wooed by a virtual who’s who of college football, with Alabama, USC, Oregon, Wisconsin and many others offering the high school senior scholarships and campus visits. Sewell narrowed his finalists down to Oregon, Alabama, USC and Utah in December. He finally made his decision this week.

Regarding Sewell, former Desert Hills head coach Carl Franke said, “It’s been a tough decision for him. He doesn’t want to make the wrong choice.”

Sewell said he was impressed with “the family atmosphere, the coaching staff, just that whole area.” He said he will report to the Ducks’ camp a couple of weeks after his graduation in May.

“We’re excited for both of them. What a celebration this is!” said DHHS athletic director Troy Coil as he welcomed the standing-room only crowd packed into a lecture classroom Wednesday afternoon.

Franke, whose six-year stint as head football coach came to an end after last season, said both Sewell and Jacobsen were “the same type of kid. Both have worked extremely hard to get to this point,” Franke said, admonishing both seniors to continue to work hard to achieve their goals.

Other signings from around the region include two from Dixie, three from Pine View one from Snow Canyon and three from Hurricane.

For the Flyers, Payton Wilgar had offers from Dixie State and other Division II schools, but chose to go to BYU and sign as a “preferred walk-on,” which means he can practice and work out with the team and perhaps eventually earn a full scholarship.

“Big Red is a great story,” former Dixie coach Andy Stokes said. “He didn’t play his sophomore year and was just going to play basketball. But he came out his junior and senior year and worked really, really hard. He earned that scholarship.

“And Payton Wilgar, I’ll tell you, BYU got a steal. I believe that he’s the best outside linebacker in the state of Utah. He had a lot of other offers, but he decided to be a walk-on at BYU. That tells you of his character. He is confident in his own ability and he decided what he wanted and he went out and got it.”

Pine View had three players sign on the dotted line, with linebacker Christian Reis accepting a scholarship to play at Southern Utah and running back Jacob Mpungi inking with another Big Sky school, Northern Arizona University in Flagstaff, Arizona. Also, lineman Tomasi Tonga will go the junior college route and play at Snow College in Ephraim.

“I’m really excited,” Mungi said. “I really loved the school and the coaching staff. It was a difficult decision, but I’m happy.”

At Snow Canyon, super-strong Jayden Lacayo signed a letter of intent to play at the next level. He is going to compete for a job at Dixie State University.

“Four-year starter, true captain of our team,” Snow Canyon coach Mike Esplin said. “Has a great attitude and is passionate about football. Strongest person on our team in every lift. Very good hand-eye coordination and explosive off the ball. I know he can compete at the college level. Can’t wait to see how his career at DSU unfolds. One of the best from Snow Canyon all time.”

The three Hurricane players moving on to the next level chose a more non-traditional route. Running back Jaron Cordova and lineman Shane Farnsworth signed to play at Southern Virginia, a private university in Virginia that has been called “the BYU of the East,” for its Latter Day Saint lifestyle. Robert “Stevo” Campbell is going to the College of Idaho, but will compete in track and field, not football.

Pine View head coach Ray Hosner also announced that he has named a new defensive coordinator. Nick Hansen, who has been the DC at Desert Hills for many years, is switching schools and will now help out at Pine View.

At SUU, head coach Demario Warren was high on his two signees from Region 9.

“Leo is a high character kid and we were trying find way to get him here,” Warren said. “He’s a hard working guy who brings a lot of energy to our offensive line. And Christian Reis is a preferred walk-on. We lost a lot of good players on defensive, and Christian is a guy who can come in and play and compete. He’s a hard-working kid with a nose for the football and a solid tackler.” 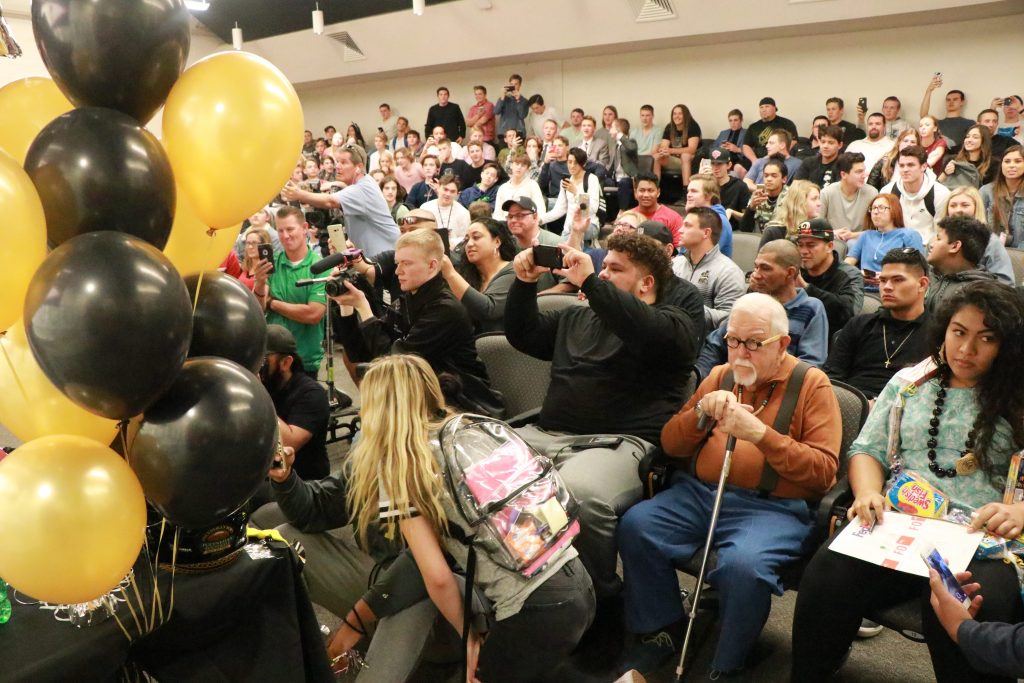 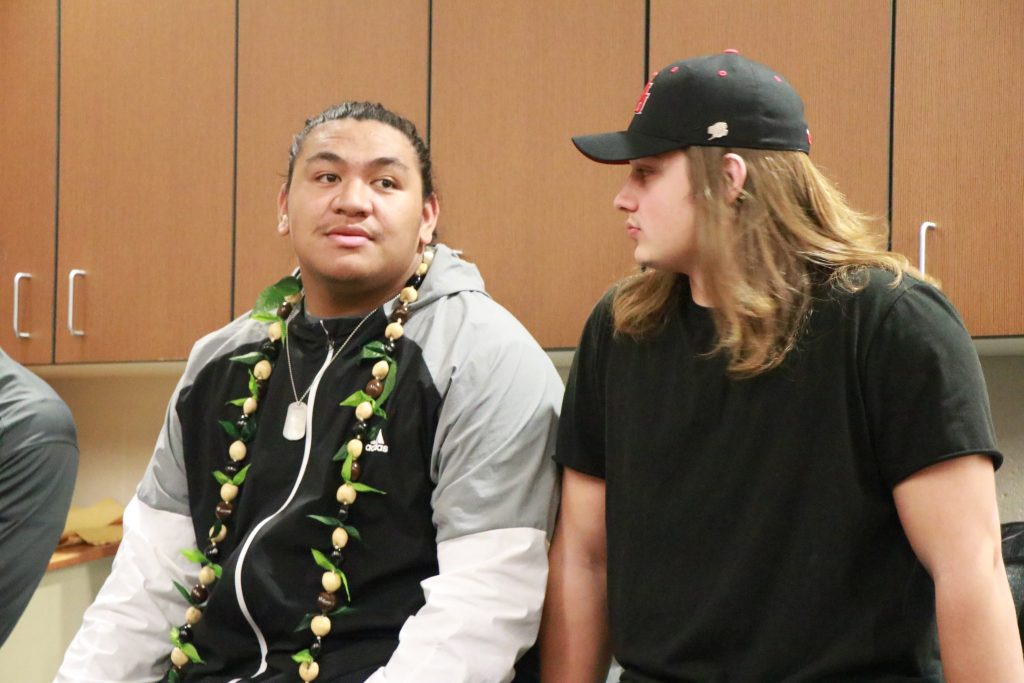 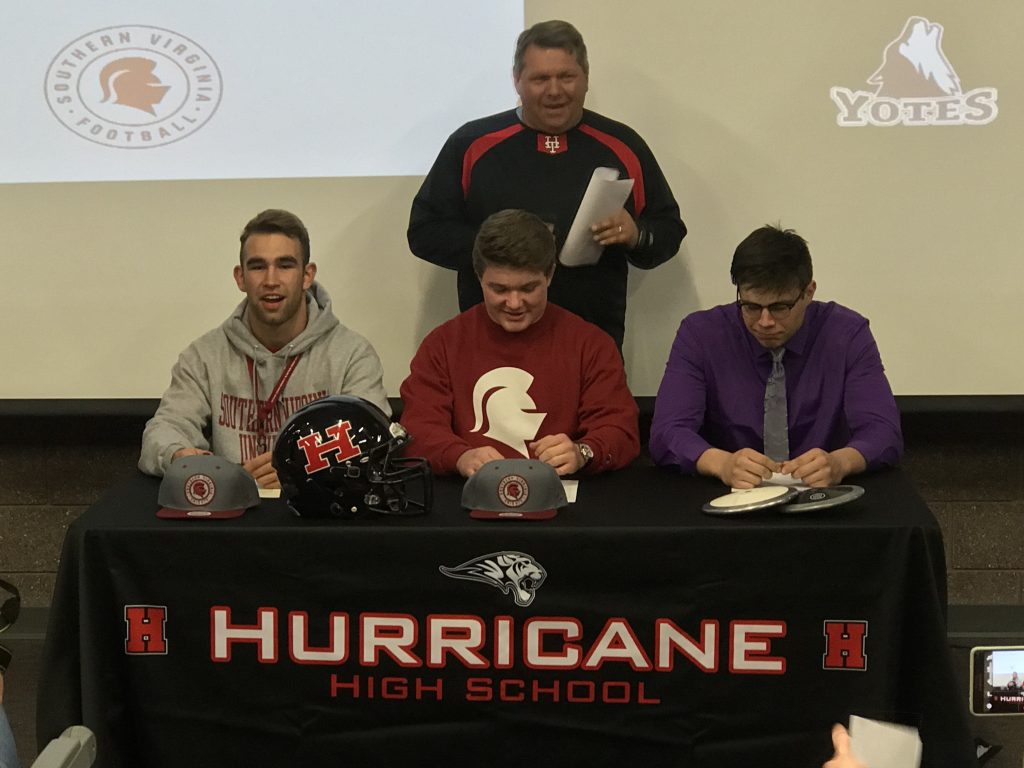 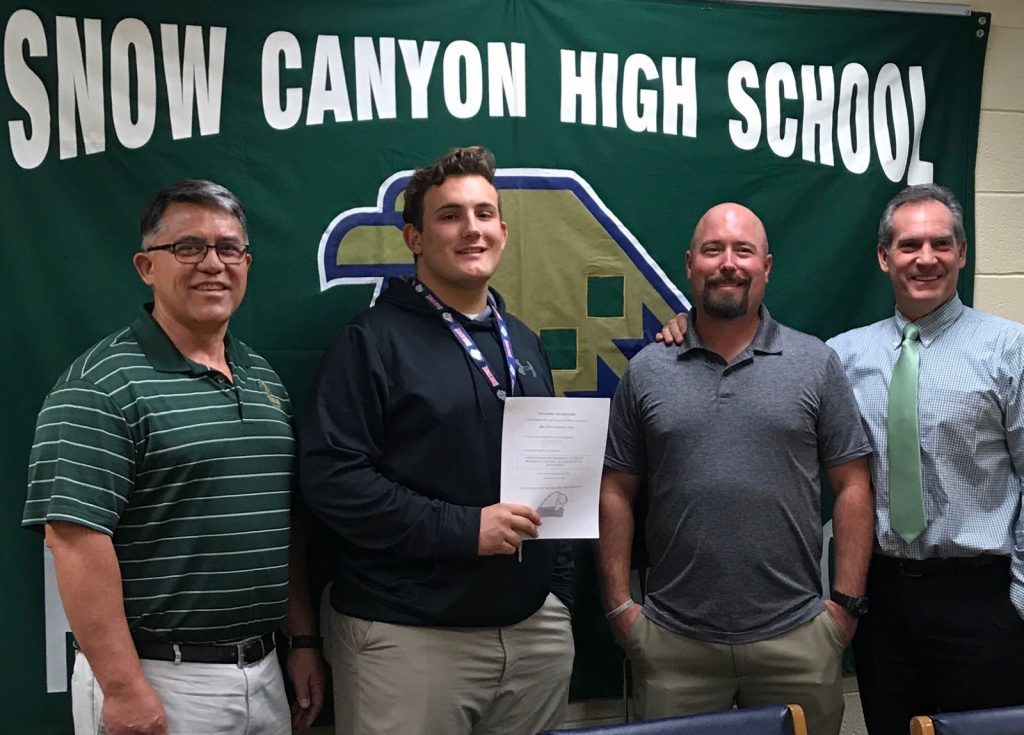 Relationship Connection: I'm married to a man who can't emotionally connect with me