ST. GEORGE — Police are issuing a warning to the public Friday following the takedown of an identity theft ring in Washington County, affecting more than 300 people and leading to the arrests of three suspects with fraud skills so cunning that they were initially booked into jail under their alleged victims’ names.

Authorities are urging the community to take precautions in making sure their identity is secure.

“Most importantly, we want the community to know that it is very critical that they do their part in protecting themselves with their identity and stuff in every way they possibly can,” Washington City Police Chief Jim Keith said Friday while standing in front of long tables filled with bagged evidence seized this week by police.

The matter was brought to the attention of law enforcement Tuesday after the Washington City Police Department was notified about an unauthorized credit card transaction in the amount of $2,700 for a vacation rental in Washington City.

Police obtained search warrants for the Washington City residence and an additional rental property in Santa Clara, Keith said, along with a vehicle also rented fraudulently by the suspects.

At the time, police had no idea of the gravity of the situation or magnitude of what was about to be revealed, Washington City Police Lt. Jason Williams said.

While Keith attributed some of the stolen items and personal information to vehicle burglaries, he said a vast amount of the information was stolen from mailboxes, including cluster mailboxes and mail collection boxes.

“A lot of this is simply going and getting into people’s mailboxes, you know, after the mail’s been delivered … and taking that back and taking information off a credit card and putting it on a new credit card with their picture and their name on it, but utilizing the number from the other individuals,” Keith said, adding:

Same thing with Social Security cards and driver’s licenses. The driver’s licenses, for most officers on the street, they would not even question it as being valid. It had all of the different individual logos for some of the states they’re using.

The three suspects were located and arrested Wednesday during a traffic stop in Santa Clara.

The trio was transported and initially booked into the Washington County Purgatory Correctional Facility on fraud- and drug-related charges under false names after providing stolen identification belonging to their alleged victims.

Police said additional charges will be forthcoming as the ongoing investigation continues to unfold.

“We felt this would be a good case to share with the public and let them know to what magnitude we deal with this on a daily basis. … It’s happening every single day so it’s critical that we all do our part to prevent what we can,” Keith said, noting:

(There are) many, many victims in this case who haven’t even really been identified yet. 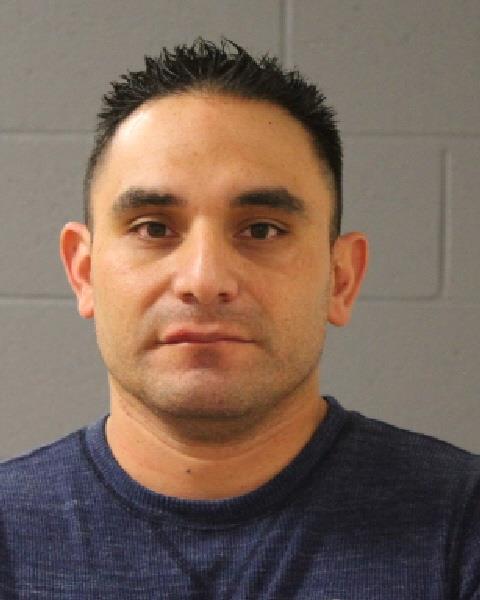 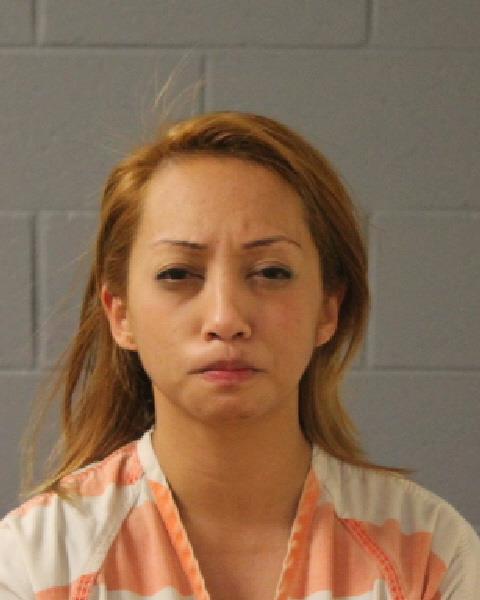 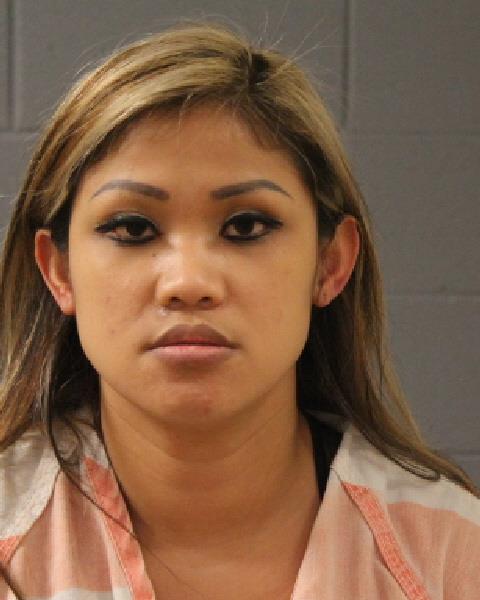 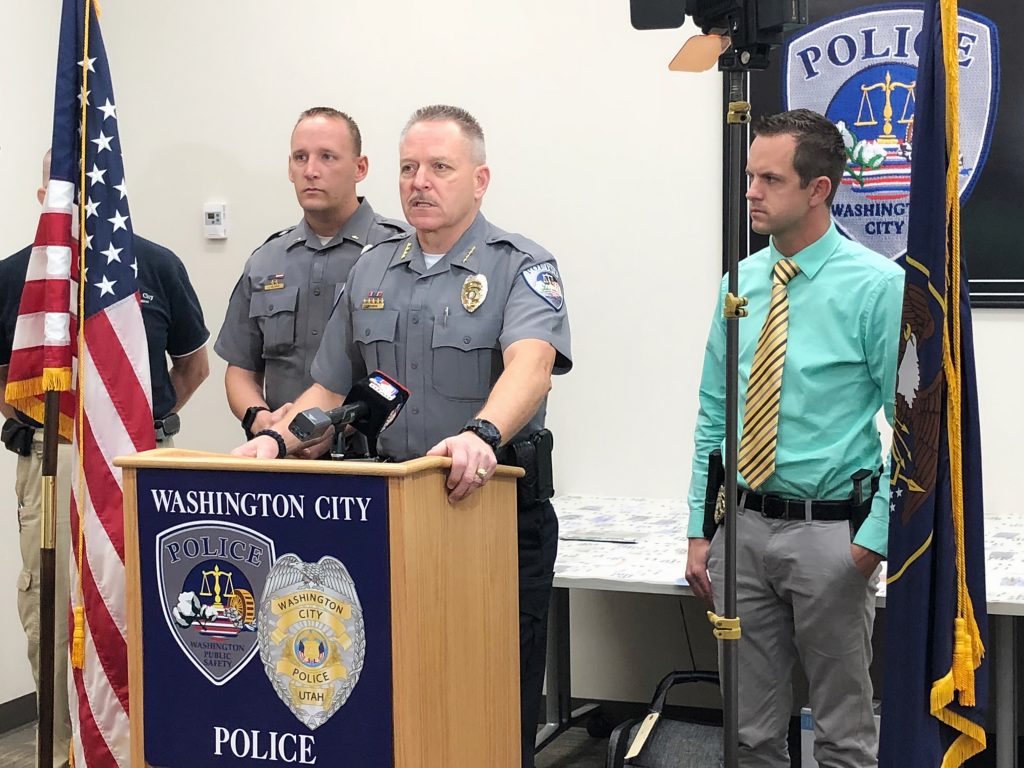 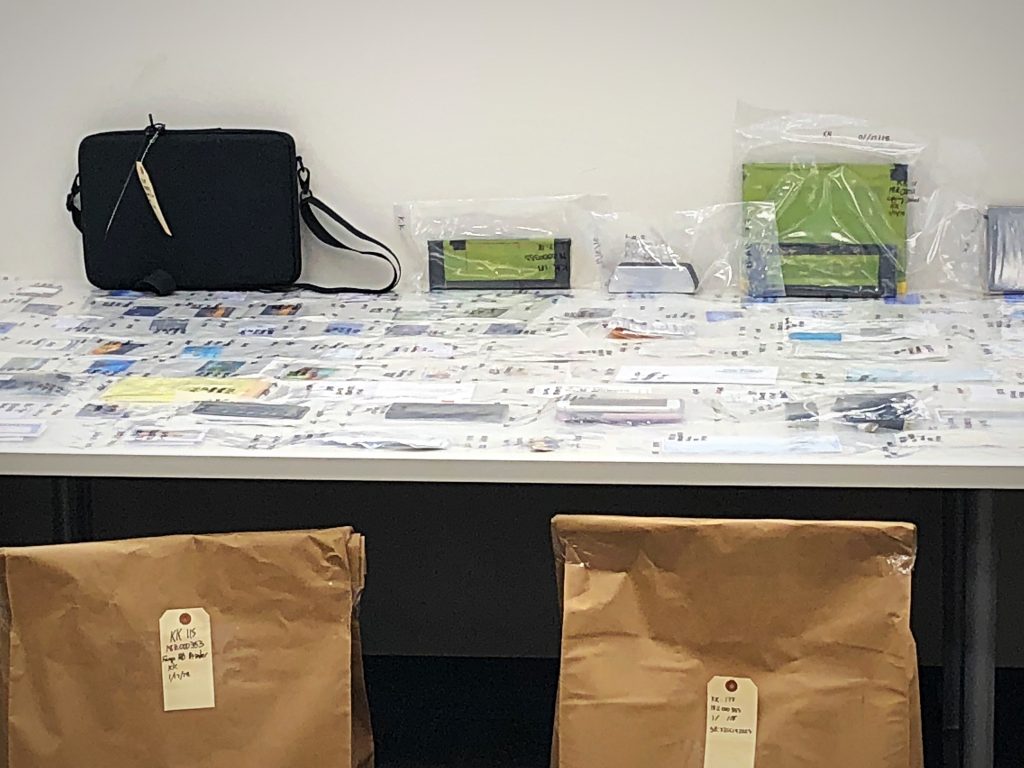 A small portion of the large quantity of evidence seized during the takedown of an identity fraud ring in Washington County, Utah, Jan. 19, 2018 | Photo by Kimberly Scott, St. George News