Mike Cooper, 25, shown in this undated photo, died from his injuries in an explosion at the DATS Trucking facility in Hurricane, Utah, Jan. 15, 2018 | Photo via Facebook, St. George News

HURRICANE — A man died from his injuries following an explosion at the DATS Trucking facility in Hurricane Monday.

Cooper was a diesel mechanic working inside the facility when the explosion occurred, said Cooper’s sister Jenni Claseman, 20. He was transported to the Dixie Regional Medical Center with head injuries, where he later died, Claseman said.

Hurricane Police responded to the incident at approximately 1 p.m. at the back of the facility, located at 321 N Old Highway 91.

Cooper was replacing a part on a fuel trailer when the explosion occurred, Hurricane Police Officer Ken Thompson said. He was reportedly unconscious after the explosion when coworkers who heard the explosion found him and called 911.

Claseman said she was just leaving the movie theater with her friends when she called her parents and found out that her brother had been in an accident and was in the hospital. She said when Cooper arrived at the hospital, he had no brain activity.

“When I went in to the room to see him, that wasn’t him,” Claseman said. “My brother was amazing… There was not a day that went by that he didn’t make me laugh.”

Several hours later, Claseman said she was sitting in the waiting room at the hospital when the doctors came in told her Cooper had died.

“(Doctors told me) four of the five functions of his brain stem were gone, so he had no functions left and was basically just breathing when he died,” Claseman said.

Thompson said the cause of the explosion is still being investigated.

“As far as what led up to it and what caused it, we’re not sure at this point,” Thompson said of the explosion.

While the explosion did not result in a fire, the pressure of the eruption caused three garage doors to be blown and bent outward, Thompson said, adding that parts of the facility’s ceiling installation were also damaged.

Emergency crews were on scene Monday afternoon tending to the damaged building.

Representatives from DATS Trucking said they were not prepared to comment on the incident when asked by St. George News Monday. 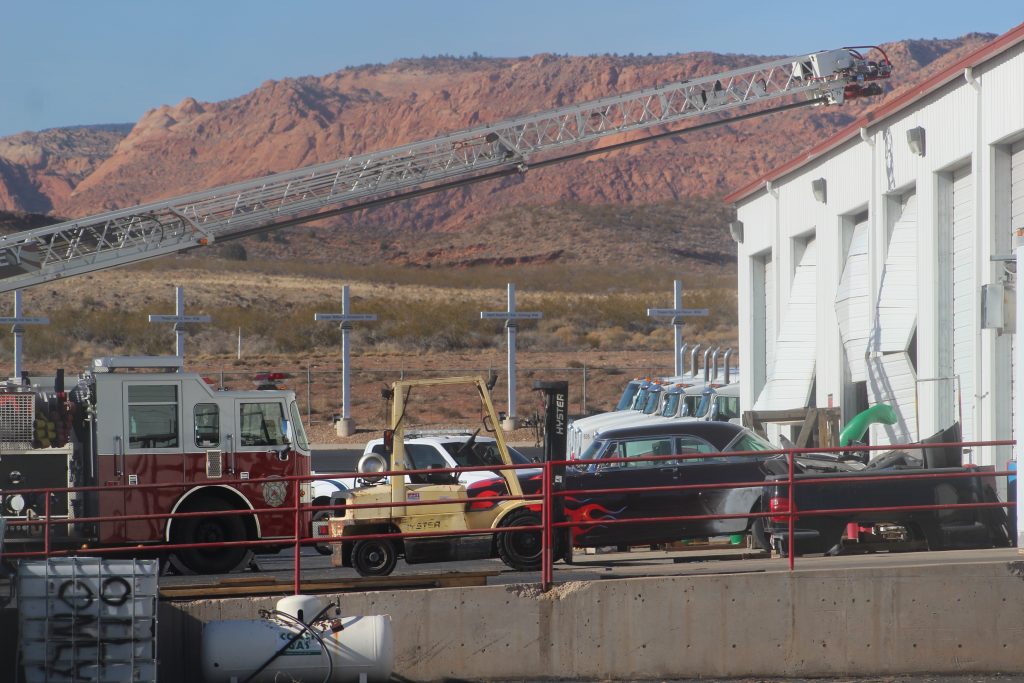 A Hurricane Valley Fire truck extends its ladder to allow firefighters to inspect the damage from an explosion at the DATS Trucking facility in Hurricane. One man was injured by the explosion and taken to the hospital, Jan. 15, 2018 | Photo by Spencer Ricks, St. George News 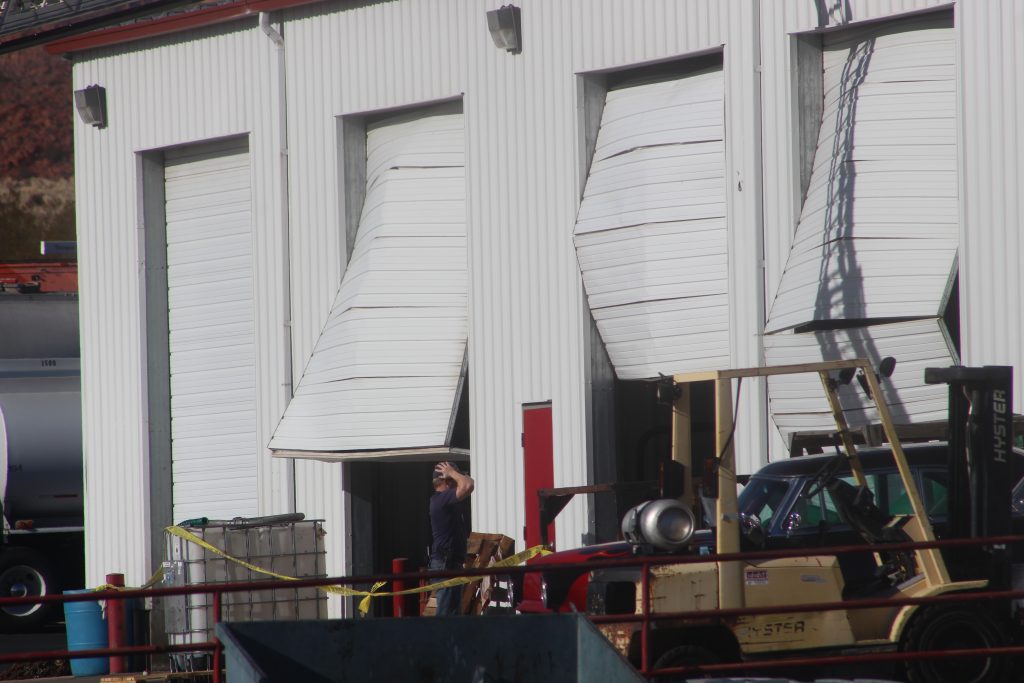 A firefighter inspects damage from an explosion that rocked the DATS Trucking facility in Hurricane. One 25-year-old man was injured from the explosion and taken to the hospital, Jan. 15, 2018 | Photo by Spencer Ricks, St. George News 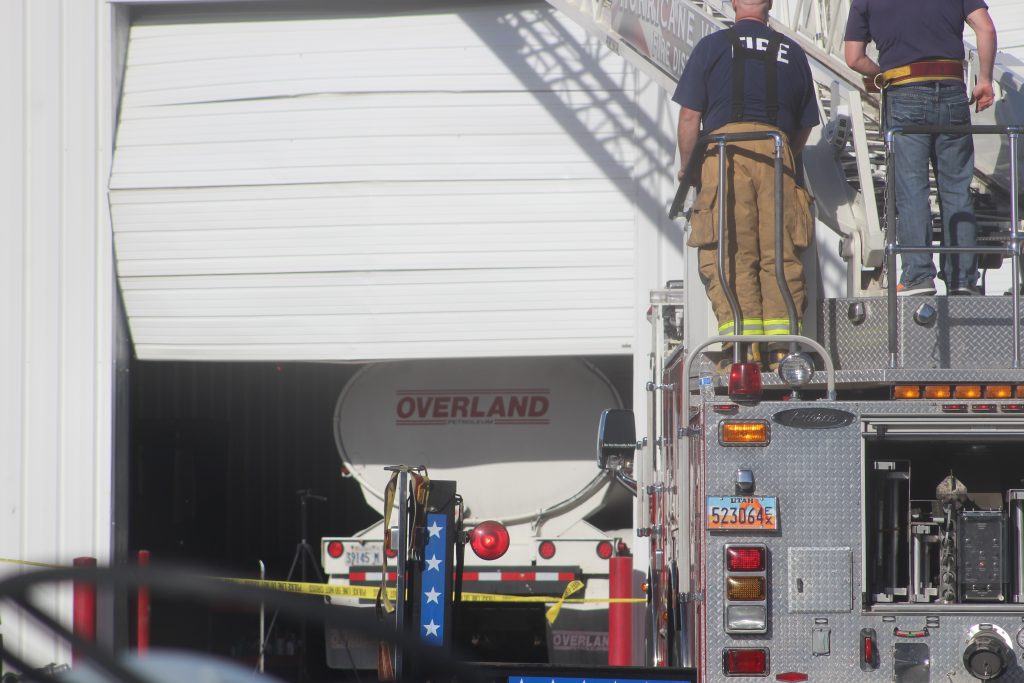 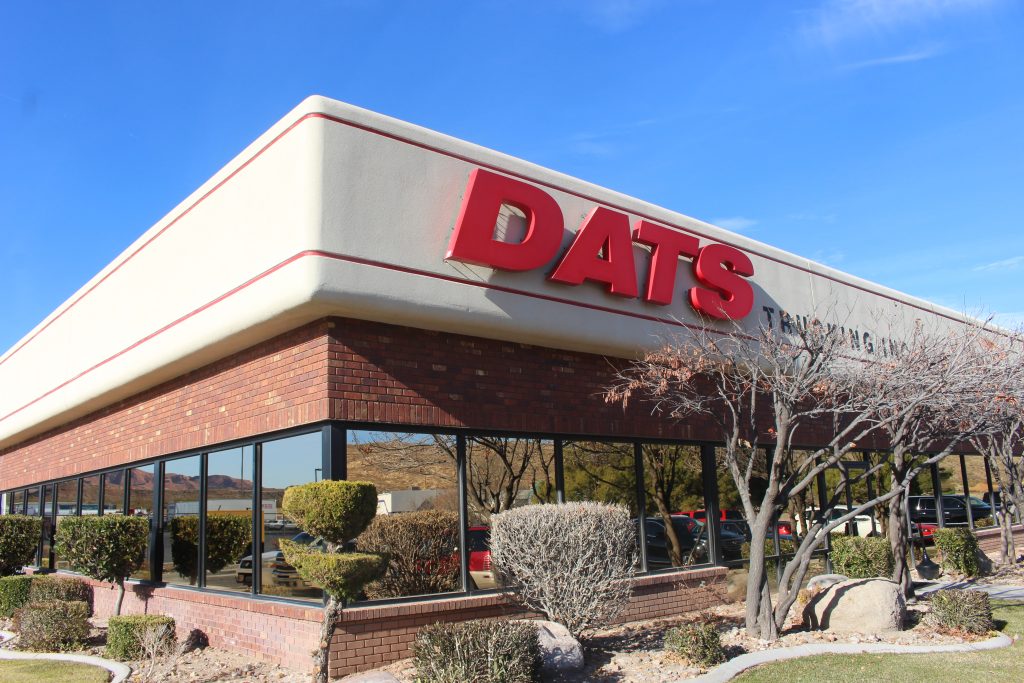 The DATS Trucking facility where an explosion sent one man to the hospital, Hurricane, Utah, Jan. 15, 2018 | Photo by Spencer Ricks, St. George News