“These guys all played so well individually and collectively,” BYU head coach Dave Rose said. “We played maybe our best game from beginning to end tonight.”

Childs had nine of BYU’s first 11 points as the Cougars led by one point early. Five minutes later, Childs made a layup to up his total to 15 points and give BYU a 24-16 lead.

Jahshire Hardnett buried a 3 and Luke Worthington made a left-handed shot off the glass to make it 29-16 a little more than halfway through the first half. 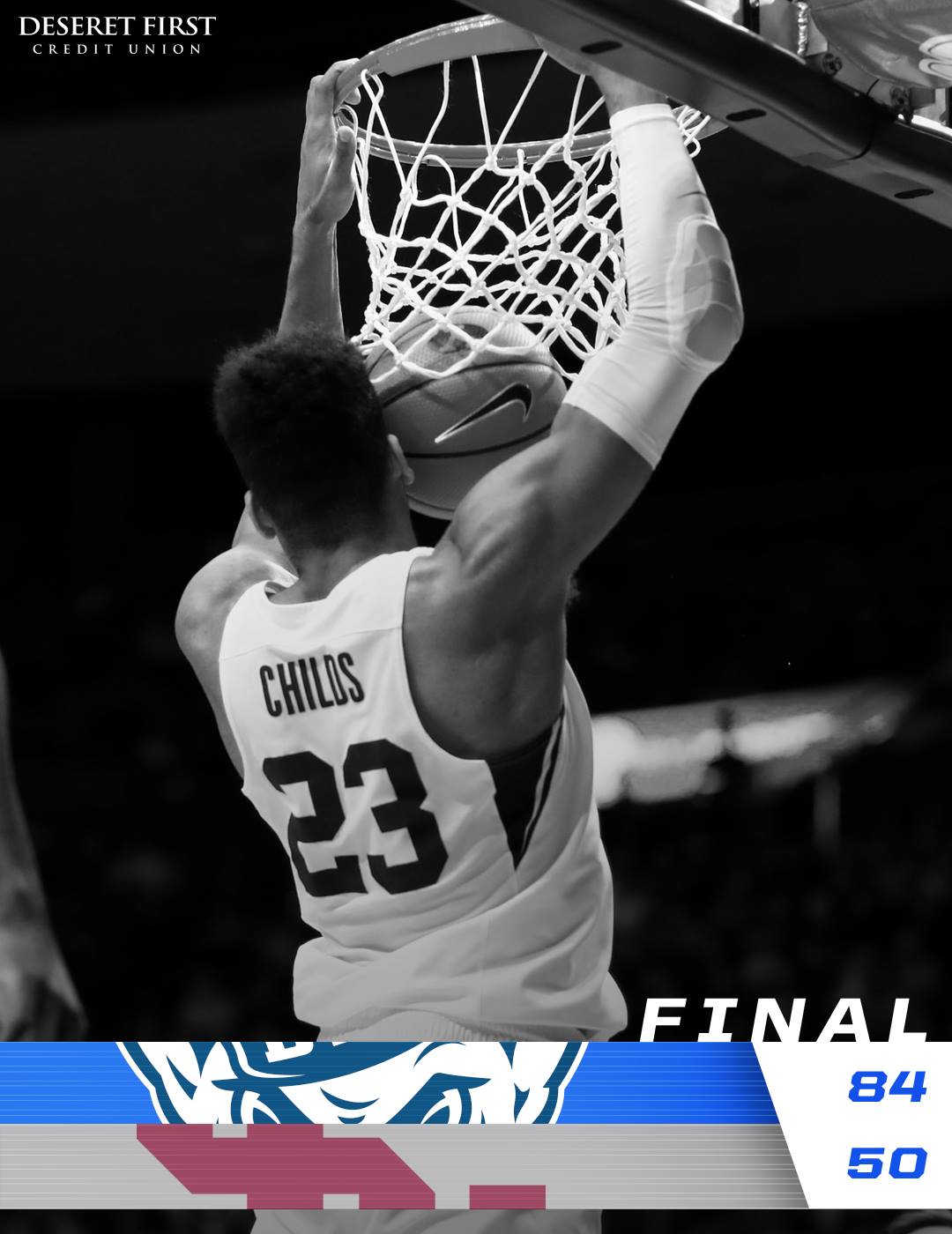 Haws made two 3-pointers early in the second half for 14 points on the game and a 52-31 Cougar lead.

Childs scored off an inbounds play five minutes into the second half and completed a 3-point play at the foul line to make it 60-35 for BYU.

With 10 minutes remaining, Childs connected his eighth assist with Zac Seljaas, who made an easy lay-in for a 66-36 lead. Hardnett made a free throw four minutes later to give the Cougars their largest lead of the game at 74-36.

BYU coasted over the last several minutes of the game to the 84-50 win.

The Cougars return home to play against Loyola Marymount on Thursday at 9 p.m. MST. That game will be televised on ESPNU with radio broadcasts on BYU Radio (Sirius XM 143) and KSL (102.7 FM and 1160 AM).

Childs has scored in double figures in 17-straight games.

TJ Haws made four 3-point field goals, the fourth time this season and 20th time in his career he has made three-plus treys. He finished the night with 14 points, his 12th game this season scoring in double figures.

Elijah Bryant totaled 14 points, 12 rebounds, two assists and one block for his second double-double of the season.

Luke Worthington shot a perfect 4 of 4 from the field for eight points. He added two rebounds and a career-best three assists.

BYU shot 61.5 percent for the night, a new season high.

BYU had a new season high 26 assists on 31 field goals.

BYU defeated Santa Clara 84-50. The 34-point margin is its largest of the season.

Final shot split-second too late as BYU falls at Pacific