STOCKTON, Calif. — The BYU men’s basketball team fell 67-66 in a heartbreaker against Pacific on Saturday night at the Alex G. Spanos Center.

Zac Seljaas hit a hook shot as timed expired – actually, just after time expired – and video replay confirmed the shot was a split-second too late and the Tigers were able to celebrate the close victory.

“We were really stagnant and stale in the first half tonight and that surprises me because that’s not something we’ve really seen from this team,” BYU head coach Dave Rose said. “This is a team that’s been successful when we play as a team. It’s disappointing. We have got to find a way to be better at executing down the stretch and win the close ones.”

Hardnett scored the first bucket of the contest, giving the Cougars their first lead of the night. The Tigers answered with five consecutive points before a Bryant basket tied the game at 5-all. With just under 14 minutes remaining in the first half, Haws converted once at the line to give BYU a 15-9 advantage. 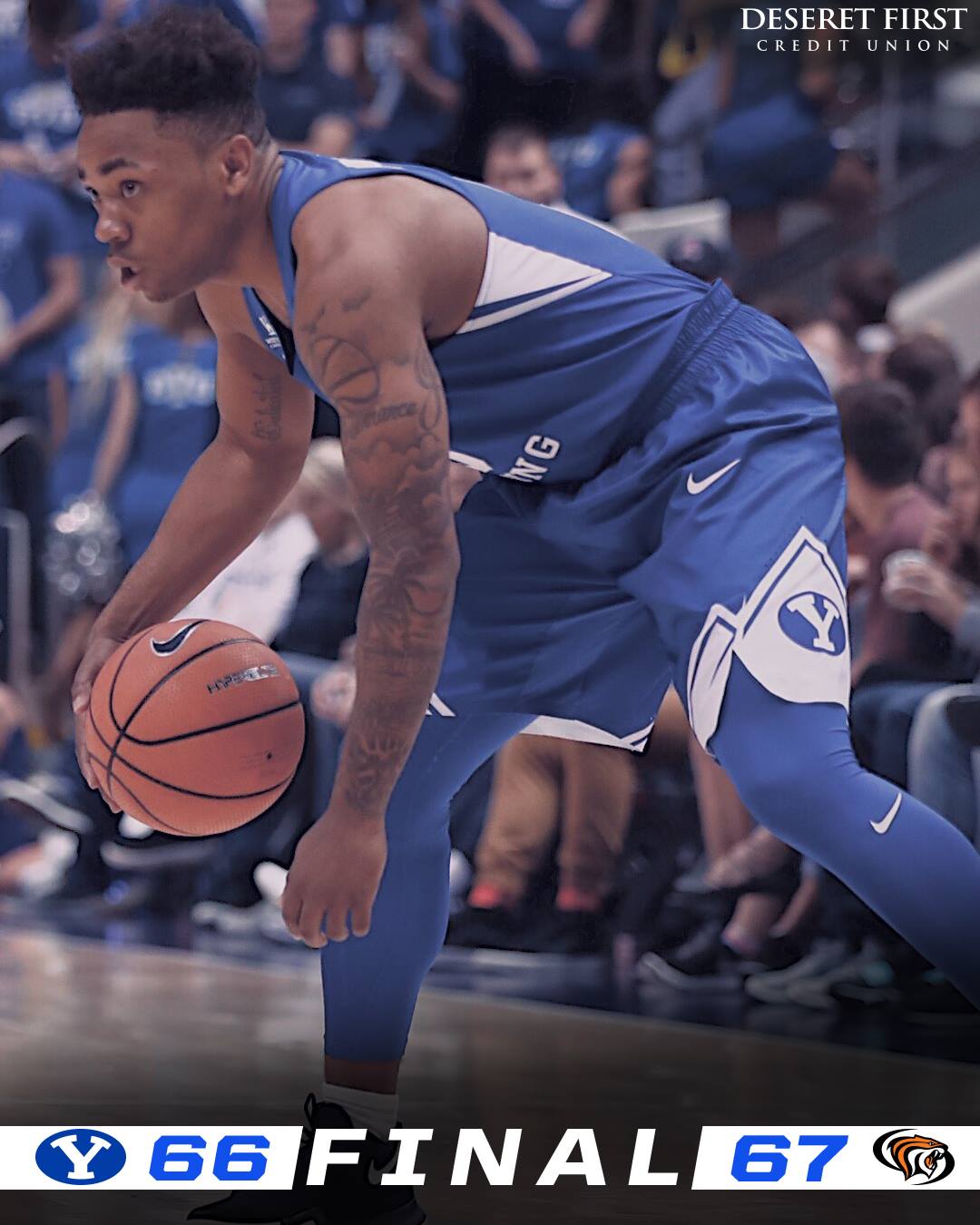 After BYU started the game 6 of 7 from the field, Pacific answered with a 4-0 run before Bryant grabbed a steal for a dunk, keeping the Cougar lead, 17-13. After the Tigers evened the game at 19, they continued on to take a 23-19 advantage with six minutes remaining before halftime.

As the clock dropped to under two minutes, Pacific gained control and took a 34-26 lead. A pair of free-throws by Bryant and another by Childs cut the deficit, but the Tigers went into the locker room on top, 36-29.

At halftime, Bryant led the Cougar offense with 15 points on 6 of 8 shooting. BYU shot 45.5 percent from the field compared to Pacific’s 55.6 percent.

In the first four minutes of the second half, three different BYU players put points on the board, including a 3-pointer by Childs to even the score at 40-all.

A second trey by Childs gave BYU a 47-44 advantage with 13:32 remaining. Free-throws by Cannon and another 3-pointer by Bryant kept the Cougars on top by four points, 53-49. With 5:20 remaining and the score tied at 56, the Tigers converted on two points from the line, while on the other end Childs finished under the basket to keep the game even at 58-58.

The two teams continued to exchange the lead throughout the final minutes of the game and with 1:30 remaining, Pacific scored a pair of free-throws to take a three-point lead, 64-61. Haws cut the score down to one-point on a reverse latup with under a minute to go.

With the Cougars down by four and 23 seconds remaining, Bryant hit one from beyond the arc to make it a one possession game. After the Tigers missed two free-throws, a baseline shot by Seljaas after a scramble for a loose ball came just after the clock expired and Pacific held on to win.

The Cougars finished the game shooting 46.8 percent from the field, while Pacific shot 52.0 percent.

BYU continues West Coast Conference action on Thursday, Jan. 11, as the Cougars host Pepperdine at 7 p.m. MST at the Marriott Center. The game will be televised on BYUtv and audio broadcasts can be heard on BYU Sports Network, BYU Radio (Sirius XM 143) and KSL 1160 AM/102.7 FM.