The tournament is named for Steve Hodson, a popular basketball coach who led teams from both Cedar High and Canyon View to state titles. Hodson died of multiple cell myeloma cancer in 2008, after which his family, friends and colleagues decided to create a tournament in his name that would help raise money to benefit others affected by cancer.

“It takes so much from our community to make the Hodson Classic happen, but it is all worth it when we can help those families,” he said.

“The $5,000 won’t pay off the bills, but it will just bring some relief and maybe some fun for the families,” Potter added.

“It’s only a matter of time before cancer affects all of us in one way or another, so it isn’t hard to get folks to jump in and help out,” Potter said.

The following three local cancer survivors were presented with $5,000 checks Friday night as hundreds of fans looked on and applauded. Joining the survivors at center court were numerous family members, the Cedar and Canyon View boys and girls basketball teams’ athletes and coaches, Hodson family members and other tournament organizers.

The information below is taken from the biographical sketches included in the tournament programs, excerpts from which were also read aloud by the announcer Friday night:

Troy Goulding is an auto mechanic who has been unable to work since being diagnosed with B-cell acute lymphoblastic leukemia. He is scheduled to receive stem-cell transplants in Salt Lake City as part of his treatments, which are expected to take three months or longer. He and his wife Melissa are the parents of one daughter, Haley, 7. The Gouldings enjoy spending time outdoors, camping and riding ATVs.

Mara Lambert, currently an eighth-grade student at Cedar Middle School, was diagnosed with stage 2 Hodgkin’s lymphoma about a year ago, undergoing multiple chemotherapy treatments at Primary Children’s Medical Center in Salt Lake City. She is now working on overcoming the residual effects of the chemotherapy so that she can return to her favorite activities, including swimming, hiking and running. The musically talented Mara plays French horn in her school’s symphonic band and has been selected to play in the upcoming Utah Junior High School All-State Band in Salt Lake City.

Amy LeBaron, a 31-year-old native of St. George who now lives in Cedar City, is the mother of three young children, including twins born last February. Shortly after she and her husband, Alex, learned of the pregnancy in August 2016, Amy was diagnosed with stage 3 colon cancer, which was treated with a colonoscopy to partially remove the tumor, followed by chemotherapy.

Because of her pregnancy, Amy received a milder form of the chemotherapy for five months and stopped altogether about a month before the twins were born. After the delivery, Amy had surgery to remove the cancerous portion of her colon, followed by more aggressive chemotherapy treatments.

The LeBarons say they are “healthy, happy, and incredibly blessed by the love and support that have helped see them through it all.”

“I still get choked up thinking about it,” she said. “I would just like to say thank you to this wonderful community. I feel extremely blessed and am just so appreciative for the love and support. It means the world.”

Friday night’s game ended up being a thriller, with Cedar coming away with a 46-44 victory over Canyon View. Click here for a full report on that contest, including a video clip of the last play of the game. 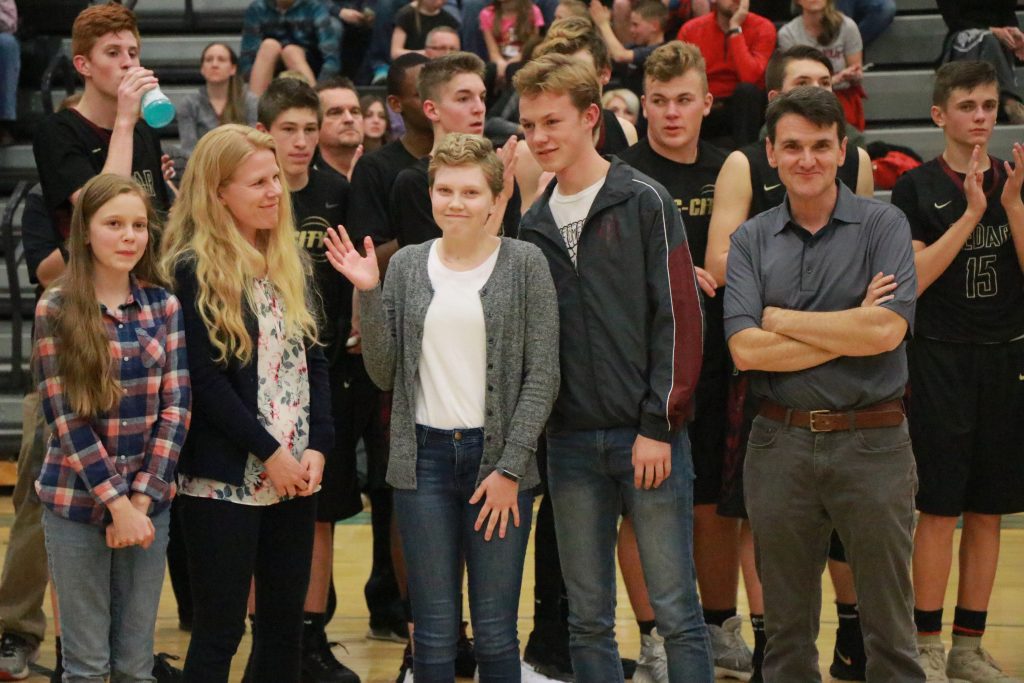 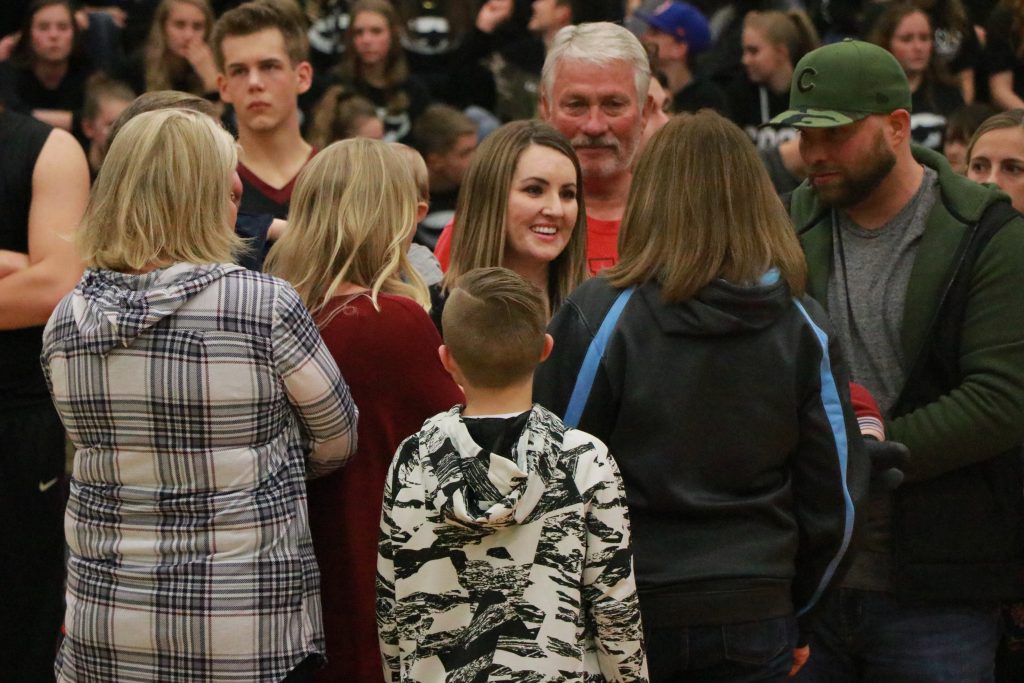 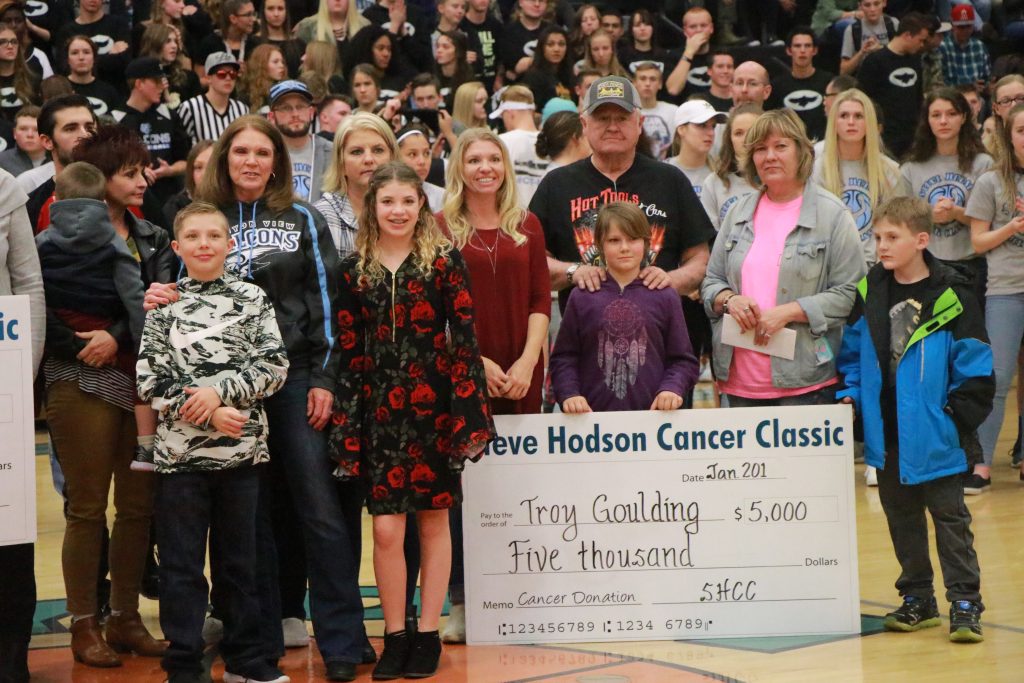 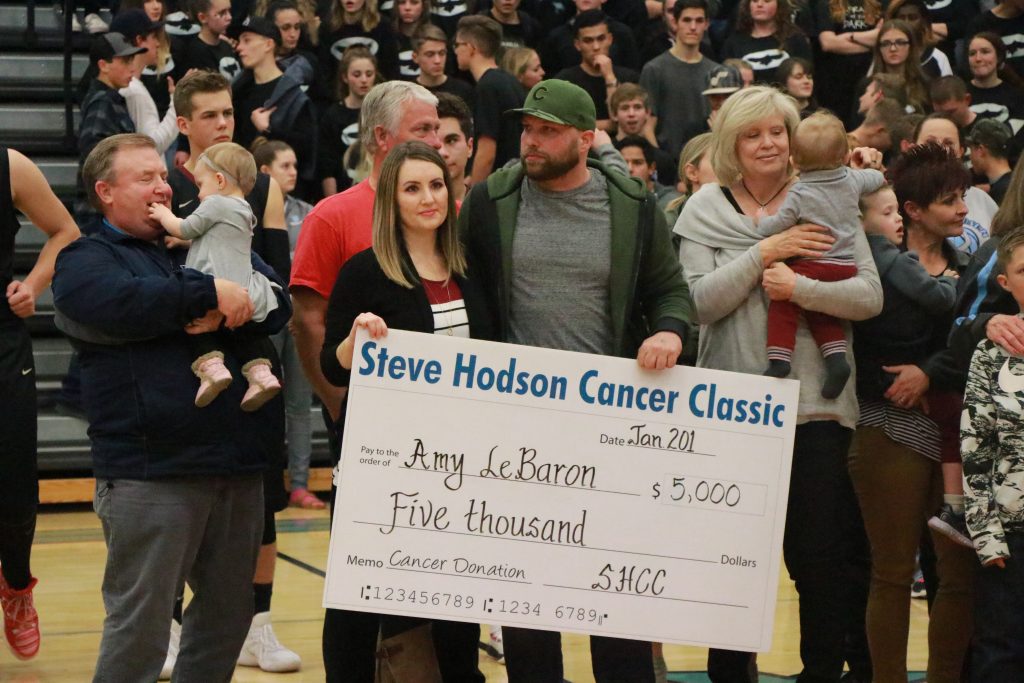 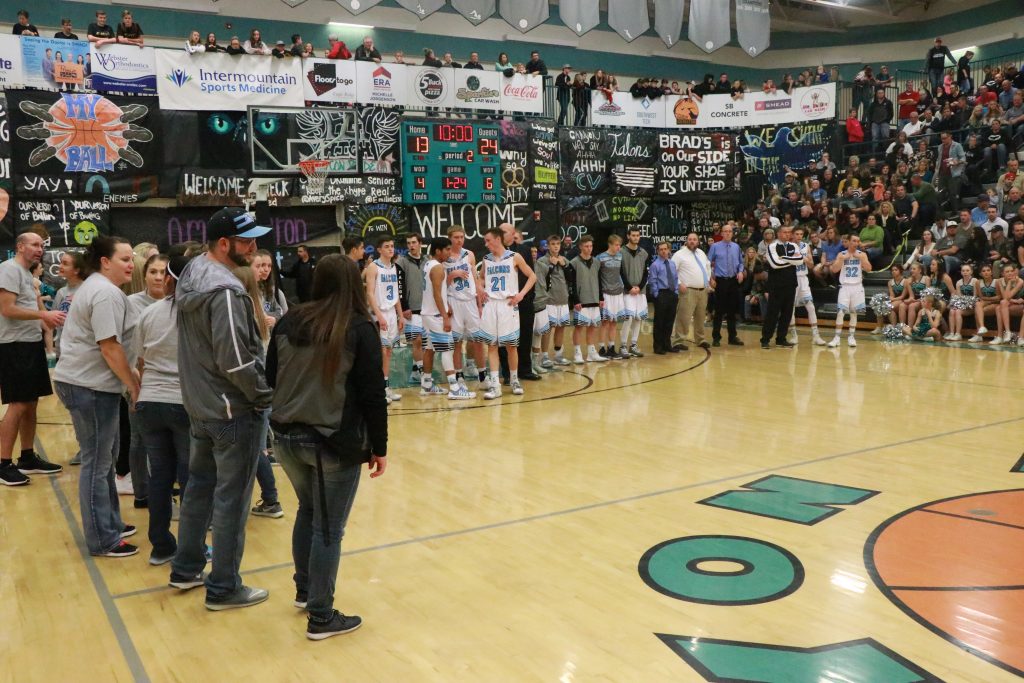