ST. GEORGE — The St. George Branch of the Washington County Library System celebrated the opening of a new makerspace Saturday with a ribbon-cutting ceremony and open house.

Makerspaces are part of the “maker movement” that is an encompassing term for people who create, build and innovate, often building small businesses around their products. Makers include independent inventors, tinkerers, designers, crafters, artisans and other innovators.

Located on the basement level of the St. George Library, the Sid Atkins Makerspace – named after a longtime library board chair and supporter – is equipped with tools, a soldering station, a CNC – computer numerical control – machine, a laser cutter, several 3-D printers and more, which are available for use to the community.

The idea for the makerspace was born from a presentation given in the summer by Paul Hill, a professor at the Utah State University Extension. Hill, who works in economic development, presented on the potential economic impact for the community if the county were able to lower the barriers for people to be able to access the tools of innovation.

Creating a community makerspace allows more people access to the tools they might not otherwise have given their current profession or because it is not financially feasible to purchase their own equipment. If more people can create products, start micro-businesses like an Etsy shop or become entrepreneurs it could help lift the prosperity of the county, Hill said.

It is also particualry important, Hill said, that these tools are introduced to the younger generations because these are the tools they will be using as they join the workforce and create for the future.

Being a maker is something that is inherent in being a Southern Utahn, Hill said, referencing the area’s pioneer heritage and the people who built St. George.

“We’ve been making in Southern Utah since we got here,” Hill said, using the lingo of the maker movement.

Washington County Library System director Joel Tucker attended Hill’s presentation and shared Hill’s vision. Tucker offered what was once a storage space in the basement of the library to create the makerspace.

Money to purchase the equipment was provided in part by grant funding as well as a private donation by Atkins and his wife.

Because of its potential benefit to the community, the project also has the support of the Washington County Commission and other civic leaders in the area, Hill said. Commissioners Zachary Renstrom, Dean Cox and Victor Iverson were all present at the ribbon-cutting.

Tucker said he believes that the makerspace is a vital part of the future of the library and his goals to bring the community together.

Tucker plans to expand the idea into other library branches in the community. There is already a small makerspace in the Santa Clara Library, which has a 3-D printer. Tucker wants to create additional makerspaces in the Washington City and the Hurricane libraries, he said.

“The library is one of those other places where (families) can go to be together, to learn and to grow together,” Tucker said, adding that he hopes the makerspace is going to help children and adults come together and use the resources and tools to be innovative, to create things and to make a difference, he said.

It is that community of creativity that Joe Larson, the makerspace director, is so excited about.

Larson has been part of the “maker movement” for a few years now and runs a YouTube channel under the title 3D Printing Professor. The channel includes how-to videos, troubleshooting, product reviews and more.

“These tools can make anything, they can make whatever you want,” Larson said, adding that he hopes to help people learn how to use the tools so he can then watch what they create.

Larson will be teaching certification classes Wednesdays at the makerspace to help people get certified to use the equipment. Once a person is certified they can use the tools to create whatever they want.

Materials are available for purchase at the space. If a person brings their own materials, they will be charged a minimal cost to use the equipment, Larson said. 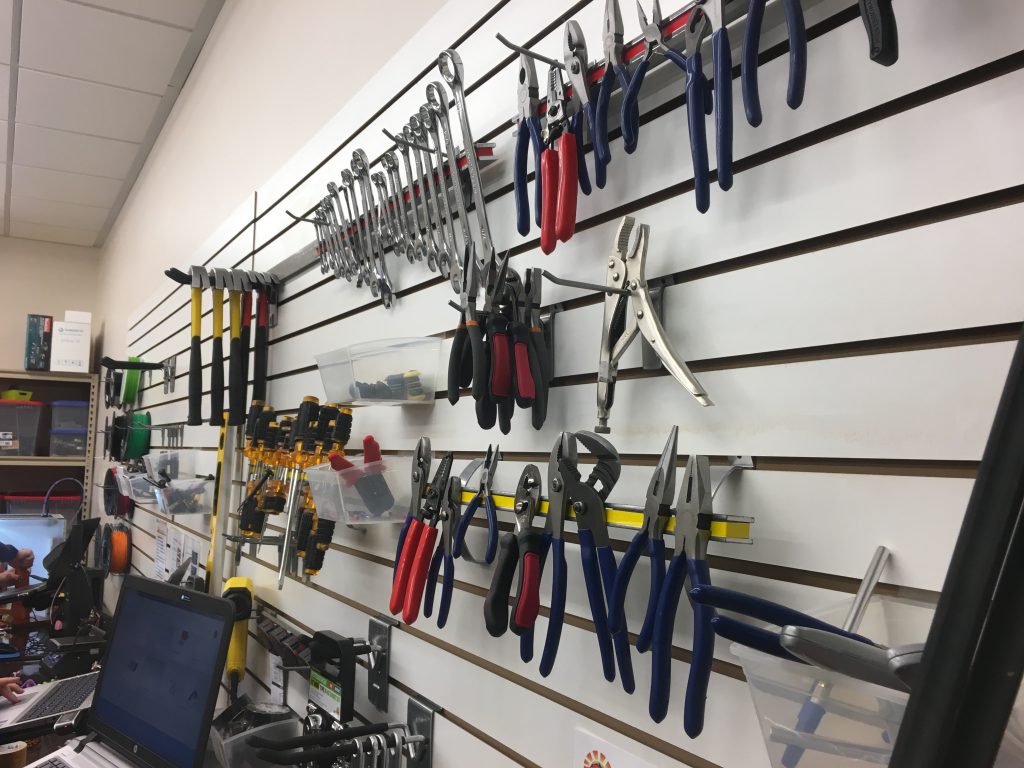 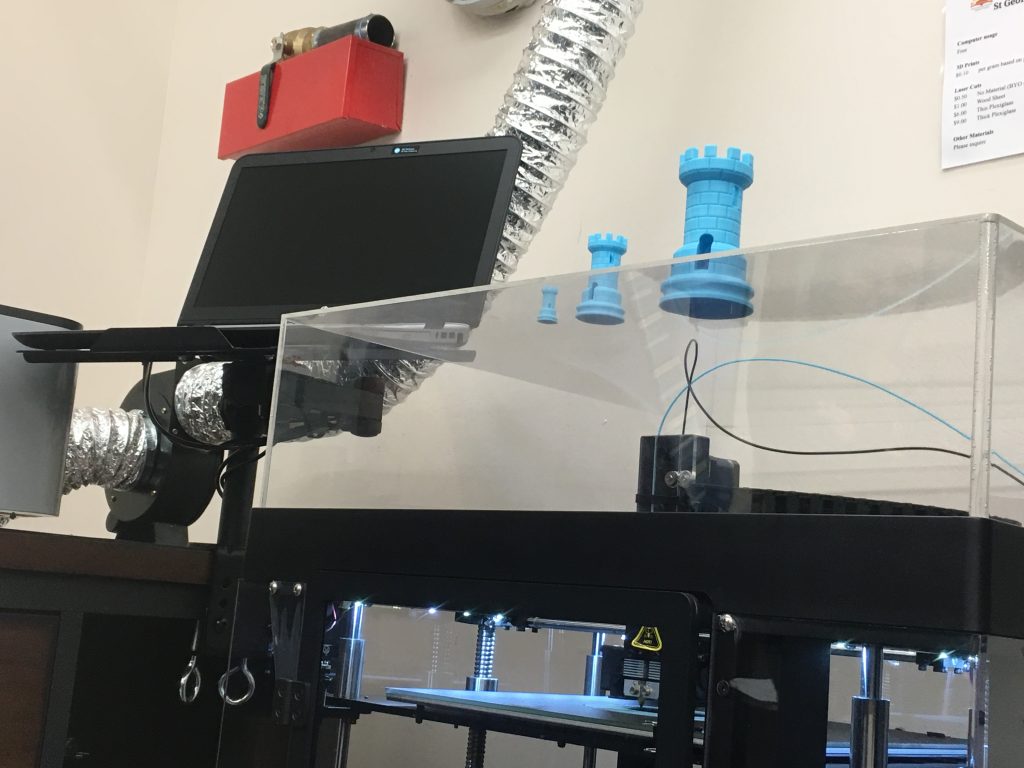 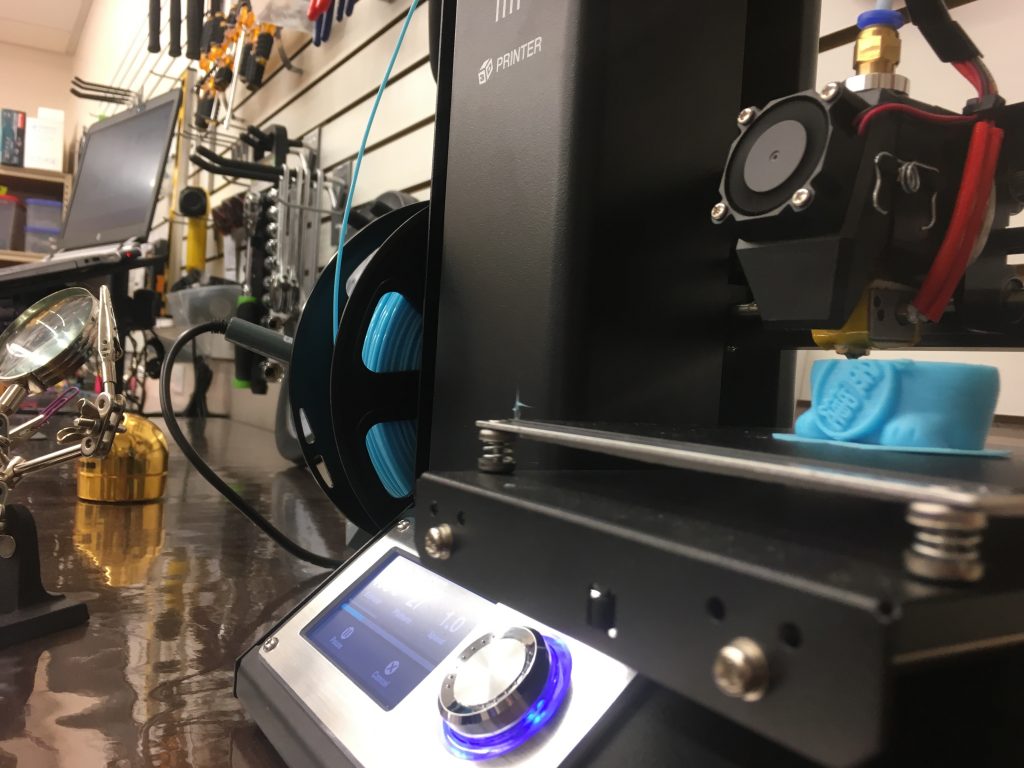 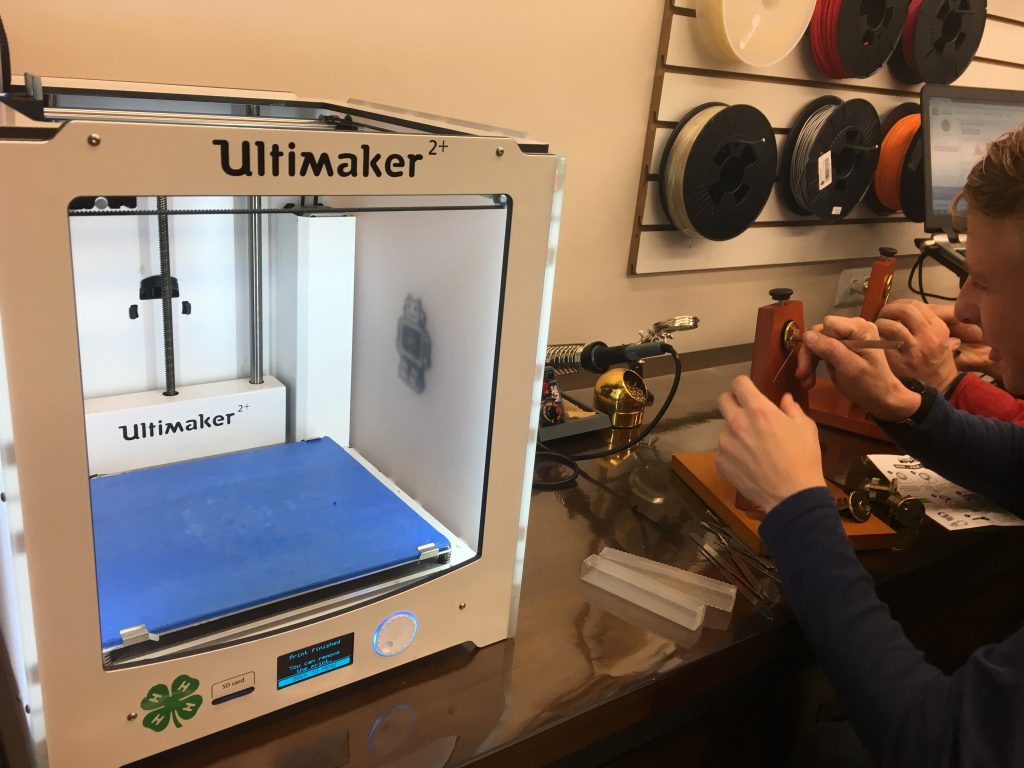 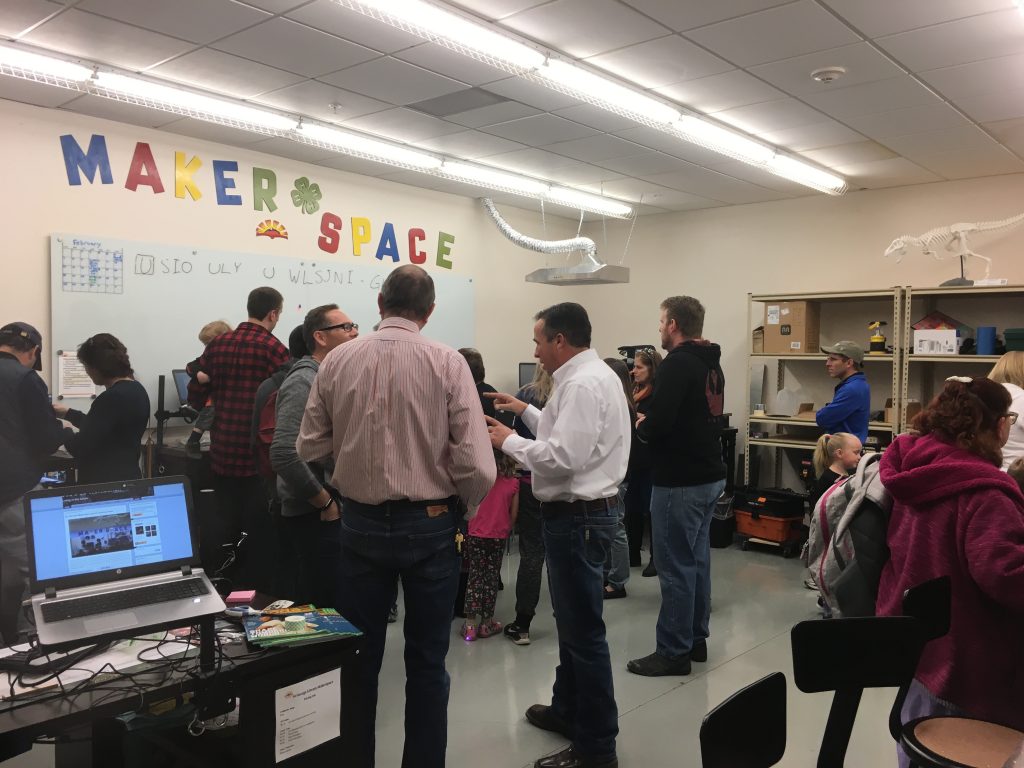 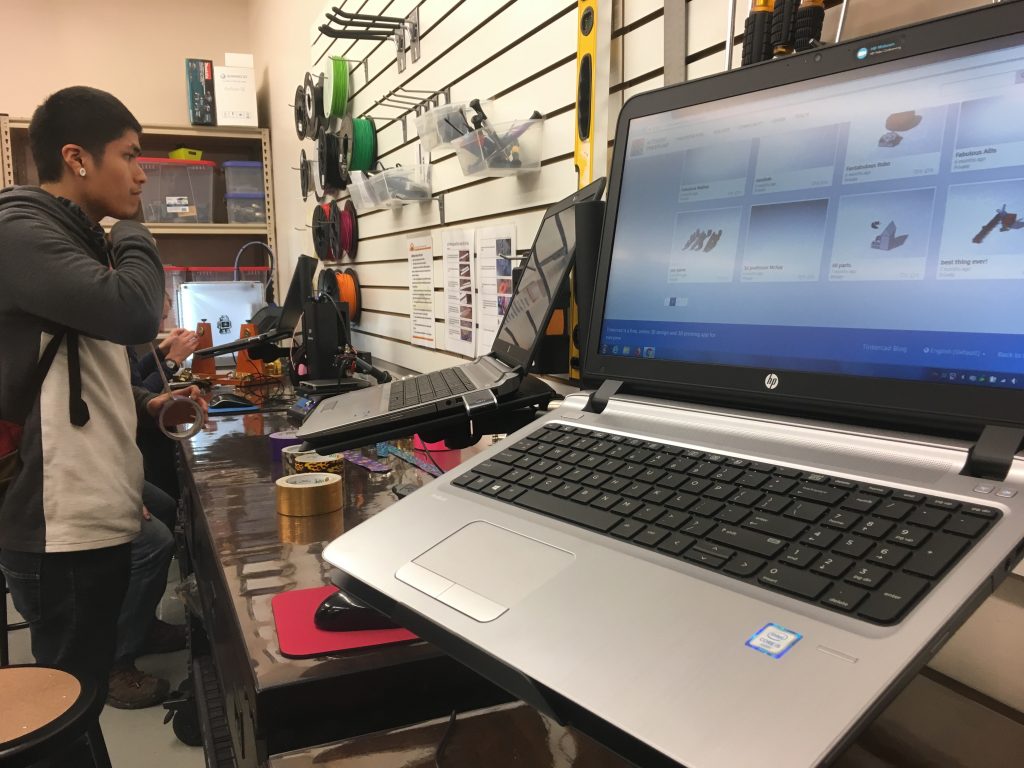 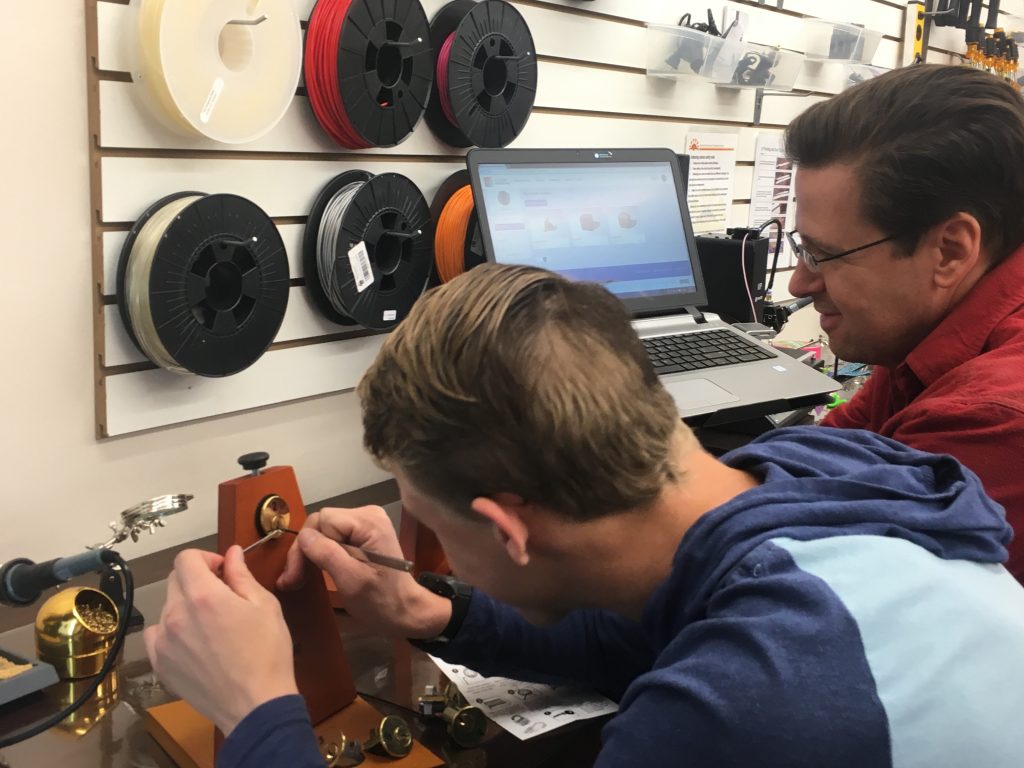 What do you think about that TED Talk? What talent can you show? Monthly events at Santa Clara Library