COMMENTARY – Once again, it’s the most wonderful time of the year … to be a University of Utah fan. Here are the 12 Ute Days of Christmas:

12. With a wink and a nod to Bob & Doug McKenzie, who inspired this list with their own hilarious version of the Twelve Days of Christmas, I just can’t make this list without noting our Canadian athletes from the Great White North (we actually have more than 12, call it a baker’s dozen, but I only had 12 days of Christmas to work with, so please humor me). 1. Isaac Deveaux (baseball); 2. Emily Potter (women’s basketball); 3. Daneesha Provo (women’s basketball); 4. Maurane Corbin (women’s basketball); 5. Tristan Mandur (golf); 6. Sydney Soloski (gymnastics); 7. Martin Grasic (skiing); 8. Huston Philp (skiing); 9. Kristin Fairbairn (soccer); 10. Natalie Kump (soccer); 11. Daniel Theriault (diving); 12. Genevieve Robertson (swimming); and 13. Lauren Sproule (volleyball).

11. The Utah ski team won the 2017 NCAA title for the 11th time in school history, giving it a total of 12 national titles (including an AIAW title in 1979), which is the most of any team on The Hill (and yes, even more than gymnastics, which has won a mere 10 national titles).

10. Unlike Olympic gymnastics, the perfect 10 still lives on in collegiate gymnastics. MyKayla Skinner earned two perfect scores on floor last year (with one of those at the Pac-12 Championship). Expect more 10.0 scores from her and her teammates this year. 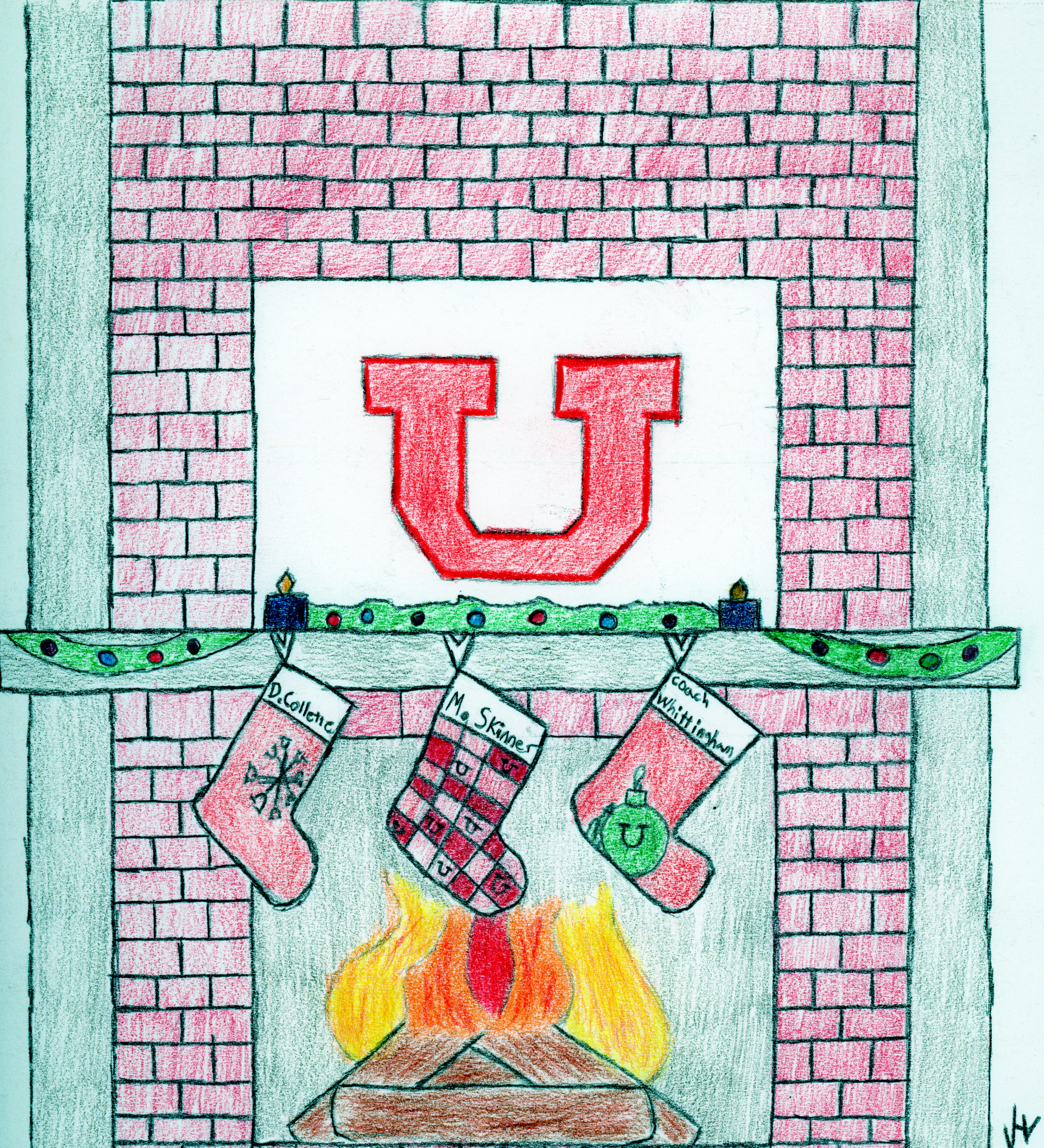 9. Nine players on the field at a time. Even though the baseball team improved its overall record from a year ago, they just couldn’t replicate their improbable run through the Pac-12 for the conference title in 2016. Still, four Utes were drafted in the June 2017 MLB draft.

8. Utah kicker Matt Gay won the Lou Groza Award as the nation’s best kicker, and was a consensus All-American. It was the eighth time a Ute football player had earned consensus All-American status (although he was only the seventh player to do so because Tom Hackett did it in back-to-back years in 2014 and 2015). Other Utah consensus All-Americans include Luther Elliss (1994), Jordan Gross (2002), Eric Weddle (2006), Louie Sakoda (2008), and Mitch Wishnowsky (2016).

7. Utah’s victory over BYU in Provo on Sept. 9 gave the Utes their seventh straight win over the Cougars in football. Utah has now won eight of the last nine games (and 12 of the last 15).

6. The women’s volleyball team (which has six players on the court at a time) finished the season ranked No. 11 for the best finish in program history (and tying the highest ranking in the polls back on Nov. 27, 2006).

5. The Runnin’ Utes finished out their non-conference schedule with an 8-3 record. Pac-12 play begins this week as Utah travels to the Beaver State to take on Oregon Friday night, and Oregon State on Sunday.

4. Yes, we have more than four gymnasts, but there are only four events, so this is where they fit in. The Red Rocks made it to the Super Six in the women’s gymnastics finals again (yawn) in 2017, and finished fifth overall. Led by super sophomore MyKayla Skinner, they should continue to be perennial contenders for a national title.

3. The Runnin’ Utes are the only Pac-12 team to have three consecutive first-round NBA draft picks in the last three years. Duke, Kentucky, and Syracuse are the only other teams in the nation to have first-round draft picks in each of the last three years. Delon Wright was the 20th pick in 2015, Jakob Poeltl was the 9th pick in 2016, and Kyle Kuzma was the 27th pick in 2017. Currently, Kuzma is seeing the most playing time among the three players (31.5 minutes per game for the Lakers), and also has the highest scoring and rebounding average (17.7 and 6.9 per game). This stunning streak will likely come to an end this year, so let’s enjoy it while we can.

1. Kyle Whittingam boasts an incredible 10-1 bowl record, tying him for second (with Urban Meyer) for most wins among active coaches (and only one behind Nick Saban). His winning percentage (91 percent) is the best in NCAA history. Hopefully, his players will give him a belated Christmas gift and give him yet another win in the Zaxby’s Heart of Dallas Bowl the day after Christmas (kickoff at 11:30 am).