ST. GEORGE — Most of the 125 firefighters deployed to California from Arizona returned home this week, including four fire personnel from Beaver Dam/Littlefield Fire District in Littlefield, Ariz. who arrived home in time for Christmas.

The crew from the department, including Chief Jeff Hunt, Battalion Chief Andre Ojeda and two firefighters, Cory Kamachi and Brent Pickering, returned home Thursday, after a 14-day deployment to fight the Thomas Fire in California.

Many left Arizona and were headed for California within hours of the call.

Once in California the Arizona firefighters were used as strike teams and worked the front lines of fighting the fires or providing relief to other teams who have been there since the start.

The Beaver Dam/Littlefield Fire Department made up part of that deployment, and were initially sent to Chino, California, where they spent only a few days before being transferred over to a camp in Ventura County, California.

One there, the Arizona teams began fighting the Thomas Fire burning through Ventura County, California, and were met with the bone-dry Santa Ana winds blowing from the northeast that picked up speed, gusting to 60 miles per hour in places,, which spread the fire quickly.

At that point the Thomas Fire had burned through more than 155,000 acres, destroyed more than 500 structures and was 15 percent contained as it continued to burn its way up the Southern California coast for six straight days.

The winds only added to firefighters’ struggles with thick brush and rugged terrain, fueled by strong winds that continued for nearly a week, and continued into the neighboring county of Santa Barbara, California where the flames previously driven by strong winds became topography driven.

“Once we got over into Santa Barbara County we were fighting fire in heavy brush along steep, rugged terrain that was covered with homes and other structures, so in the midst of this huge fire there was so much going on,” Hunt said.

Hunt also said their crews were able to save the home of Kenny Loggins, when flames spreading from nearby hills began burning through the front yard of the singer’s residence, and fire crews continued fighting the flames and reached containment before the blaze reached the structure.

When asked how the experience went while fighting fires in California, Hunt replied, “we went through some crazy fire down there,” he said.

On Dec. 14 a fire engineer, Cory Iverson from Cal Fire San Diego, was killed while fighting the Thomas Fire in Ventura County, California, and according to reports he died of smoke inhalation. A memorial was held Saturday morning for the fallen firefighter at Rock Church in Point Loma, a seaside community within San Diego, California.

“Saying goodbye to Cory,” Cal Fire Chief and Director, Ken Pimlott said in a statement Sunday. “His bravery and sacrifice will never be forgotten. Rest in peace.”

By Christmas Eve more than 2,500 firefighters are still battling the blaze that has burned through nearly 274,000 acres  is 70 percent contained, however, firefighters appear to be getting a handle on the fire and are monitoring flareups and new fires, aided by higher humidity and decreased winds.

The Thomas Fire was concentrated near the celebrity havens of Montecito and Santa Barbara, with more than 100,000 people evacuated, more than 750 homes and other structures destroyed with damages estimated at more than $120 million.

“It’s hard to fathom the amount of devastation that California has seen over the last few months,” Arizona State Forester Jeff Whitney said, “We will always be ready to assist our neighbors when needed. We are praying for California and all of the firefighters and first responders who are working so hard to protect those affected communities,”

“We are just really glad to be home,” Hunt said. 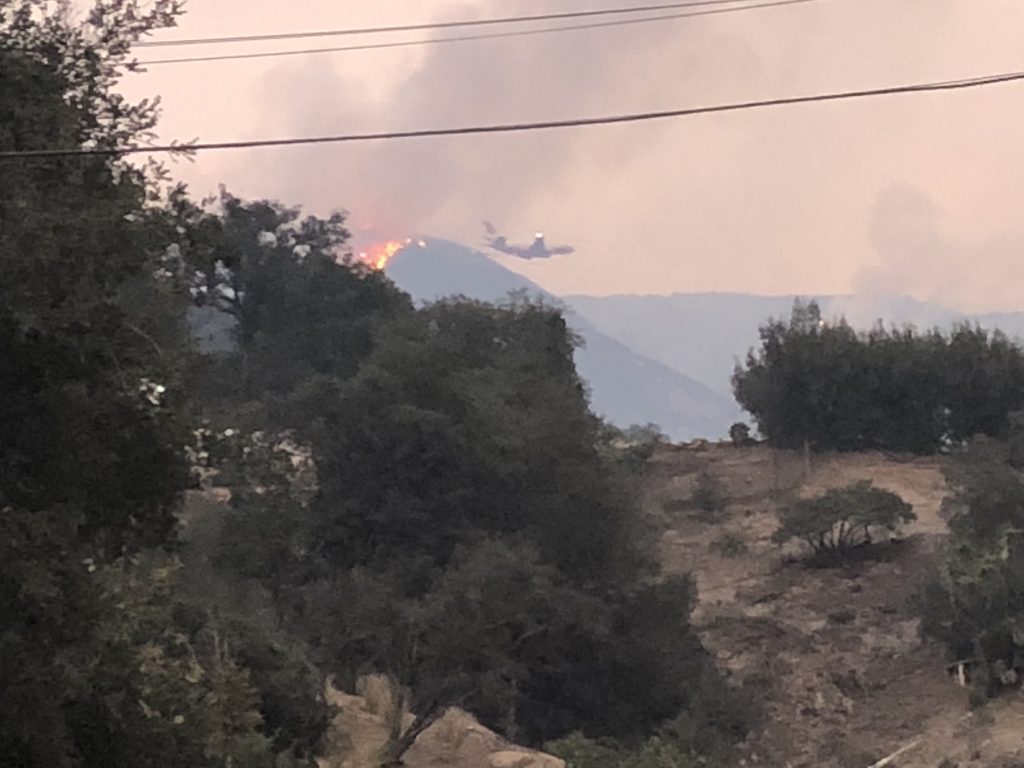 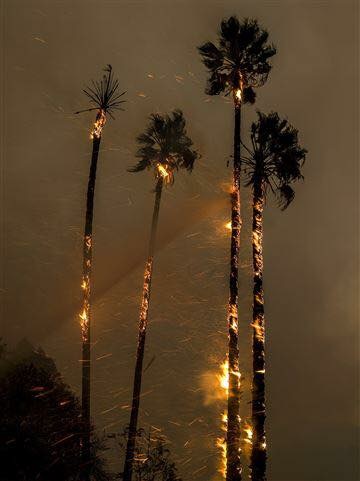 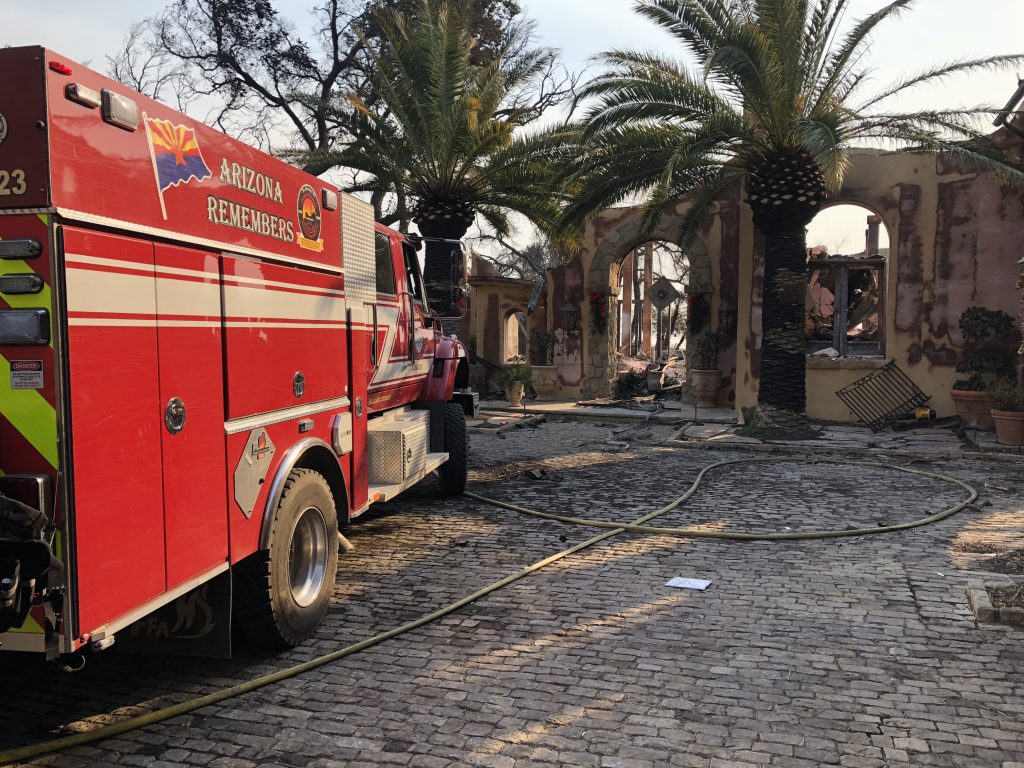 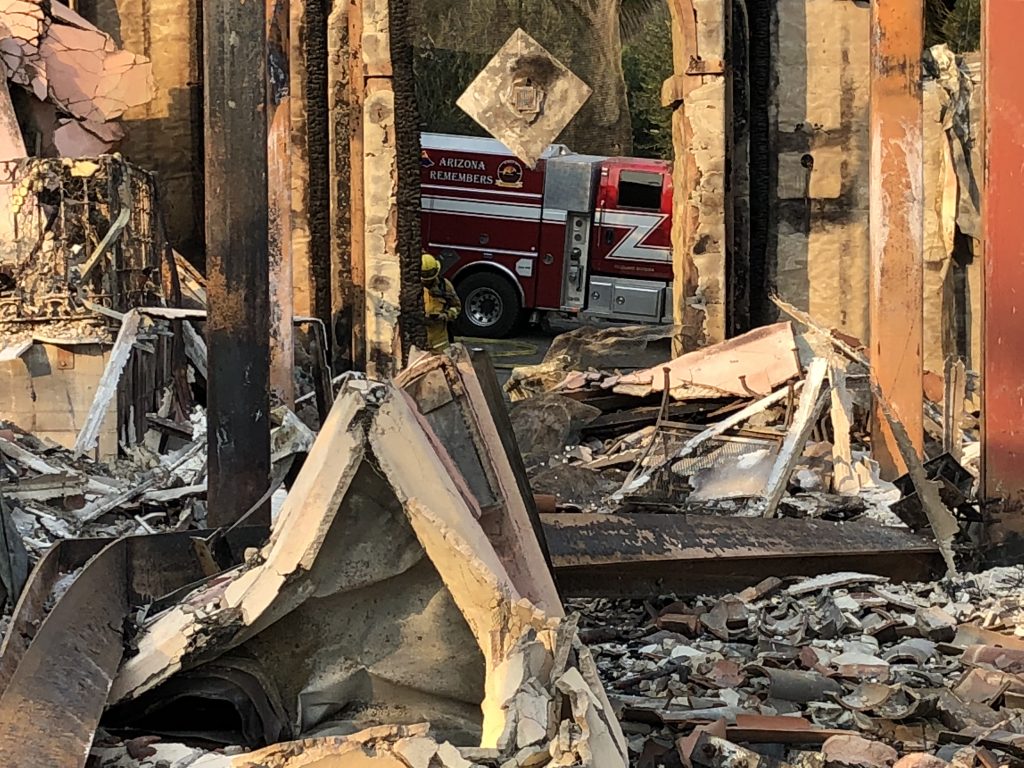