Iverson, 32, of Escondido, California, was a fire apparatus engineer who had been with the Cal Fire San Diego Unit since 2009. He left behind a wife and young daughter, with another baby on the way, according to information released by the agency.

“I am very saddened to report that a firefighter fatality has occurred on the Thomas Incident. Please join me in keeping our fallen firefighter and his loved ones in your prayers,” Cal Fire Director and Chief Ken Pimlott said in a statement released by the agency Thursday.

“Jeanette and I also join the state of California in mourning the passing of fire engineer Cory Iverson from Cal Fire San Diego, who gave the ultimate sacrifice on Thursday, Dec. 14, while fighting the Thomas Fire,” Herbert said.

Utah firefighters sent to fight the Thomas Fire Dec. 7 are on a two-week deployment in Ventura County where hundreds of thousands of acres have burned. The fire is 35 percent contained, according to the statement released by the the Utah Governor’s Office Friday.

The deployment is part of the Emergency Management Assistance Compact, a system of state-to-state mutual aid that takes effect when another state needs help.  The firefighters are working long hours but gaining valuable experience, the statement said.

“I am especially proud of our Utah firefighters who are sacrificing time away from their families during this holiday season to lend strength in the fight against the devastating fires in California,” Herbert said.

Utah crews also transported firefighting equipment and 32 vehicles, including engines, water-bearing trucks and support vehicles, according to a news release from the Utah Division of Emergency Management issued last week.

The Washington City Fire Department went in the department’s new Type 1 engine, staffed with four firefighters who were immediately sent to the Lilac Fire in San Diego County where 4,100 acres burned and 65 structures have been destroyed. Upon their arrival the fire was 10 percent contained, and four days later it was 80 percent contained. The firefighters were then released and immediately sent to fight the Thomas Fire in the foothills of Santa Barbara.

The Thomas Fire started Dec. 4, and as of Thursday, has destroyed more than 970 structures, damaged nearly 260 structures with 18,000 more threatened. More than 8,100 firefighters are currently deployed in the firefighting effort, using more than 1,000 engines and other firefighting apparatus.

Just as the state recovered from devastating northern California wildfires in October, the southern wildfires ignited. Fueled by fierce Santa Ana winds and combined with dry brush and dead trees, there are multiple fires now raging in five counties.

The U.S. Forest Service announced Friday that an additional 27 million trees, mostly conifers, died throughout California over the last 12 months, bringing the total number of trees that have died in recent years to more than 129 million on nearly 9 million acres – more than at any other time in the state’s history and in large part due to fires. 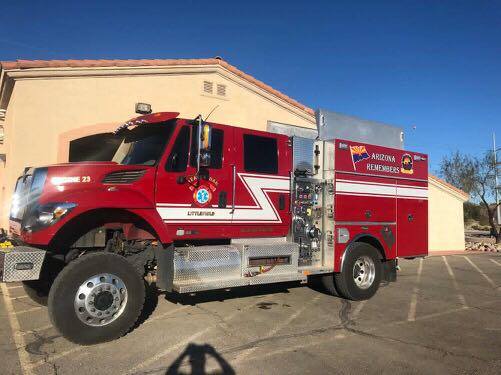 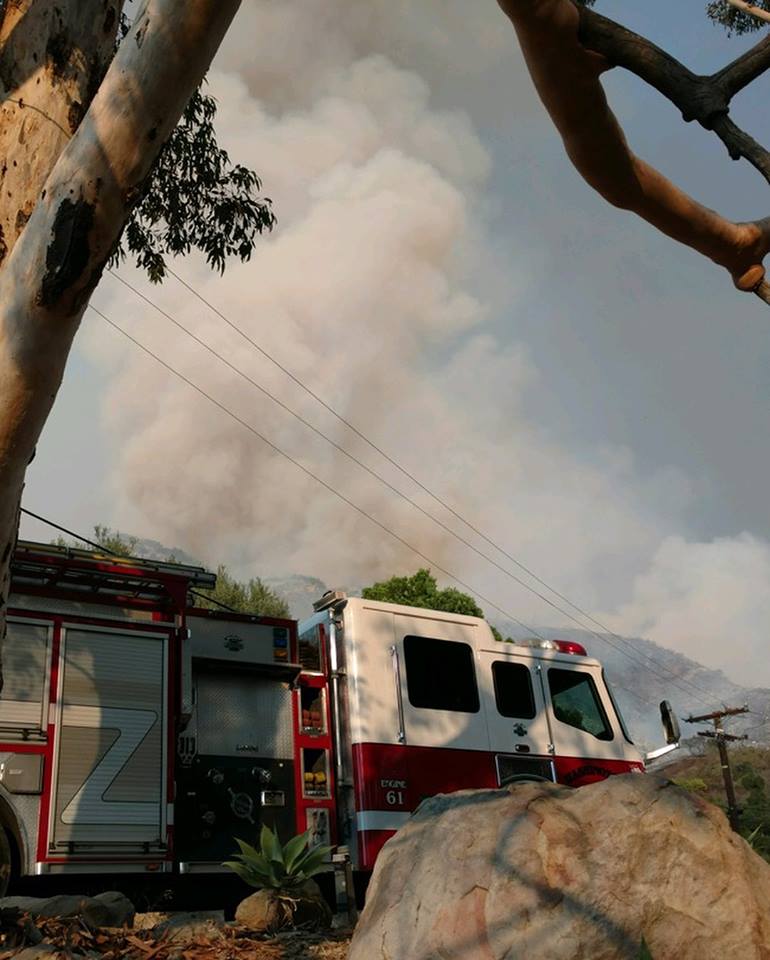 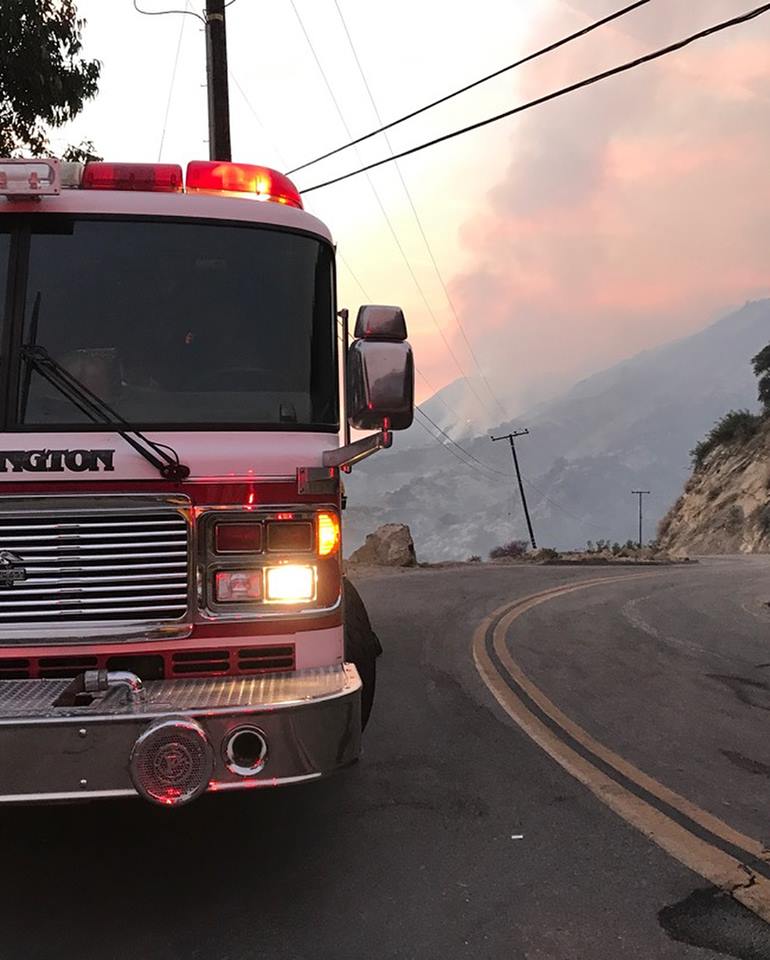 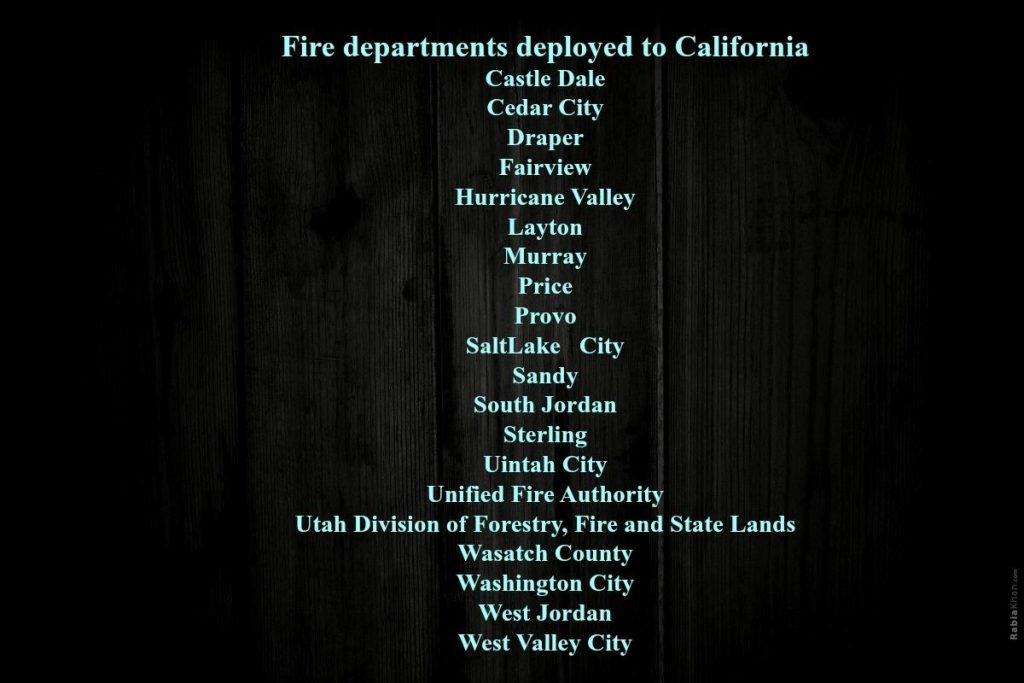