ST. GEORGE — Two weeks before Christmas 2014 firefighter Krystle Lake received an emergency call involving a man experiencing a heart attack, and once she heard the address, everything changed. The address belonged to Lake’s father, a 26-year veteran of the Santa Clara Fire Department. After EMS worked for more than an hour performing CPR, Kurtis Lake died.

When Kurtis Lake died, 22-year-old Krystle was facing hefty medical bills for her late father. She contacted the medical services hoping to work out a payment plan for the bills she could not afford to pay outright, but they insisted on covering the bill on the family’s behalf.

Krystle Lake was inspired by the act of kindness, and after a lifetime of seeing her father give to others – including a tradition of matching his home’s holiday power bill in the form of a donation to a family in need – she formed the The Lake Foundation, which is perhaps best known for orchestrating the “Angel Tree Project.”

The Angel Tree Project has been an important part of the foundation since its inception and has spread like wildfire.

What started out in 2014 at the Santa Clara Fire Department just helping two families has since grown to 24 struggling families that will have some of their wants and needs met this Christmas, thanks to the donation efforts of eight Utah fire departments, six of which are located in Washington County, as well as local police departments.

The Washington City Police Department contributed to the Angel Tree Project by collecting donations from each officer who elected to grow a beard starting Oct. 1 and running through Dec. 1, when they returned to their clean-shaven selves. Participating officers then donated their own money as well as funds donated by the community to the project in a show of support.

Over the course of a week the gifts are delivered to each home on fire engines with sirens blaring and lights flashing to alert the coming of Santa Claus, with each fire department taking a different day.

While the gift portion of the Angel Tree Project is complete, they are still seeking food donations for the families, such as nonperishable food items, either canned or boxed, which can be dropped off at the Washington City fire station, Santa Clara fire station, the Ivins fire station or Hurricane Valley Fire.

For more information regarding the Angel Tree Project go to the organization’s Facebook page. 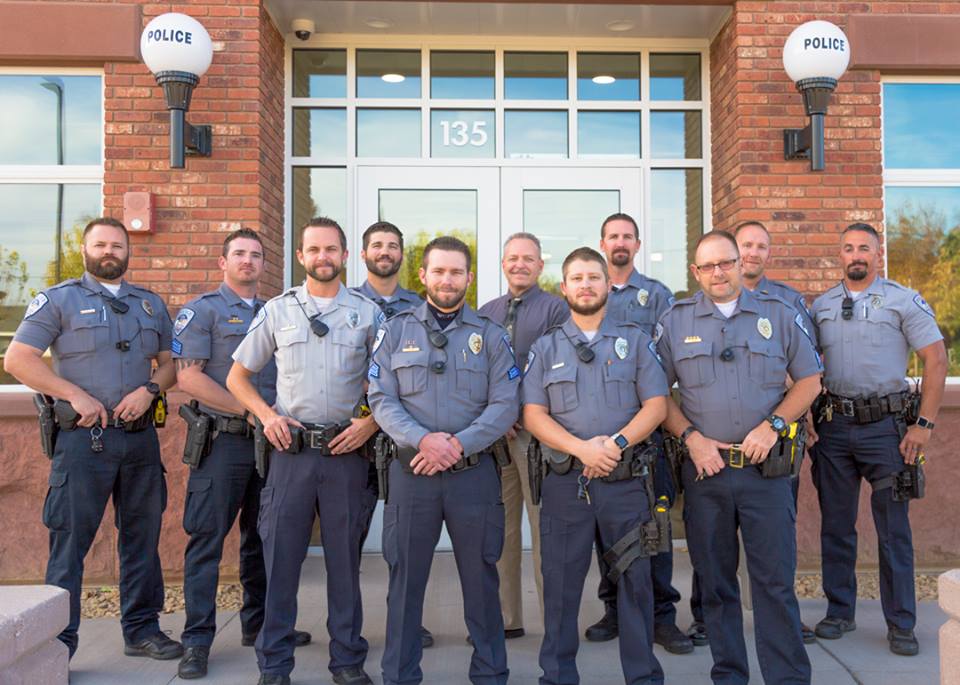 Washington City Police officers grow a beard from Oct. 1 until Dec. 1, when each officer makes a donation to the Angel Tree program along with any proceeds donated by the community, Washington City, Utah, Dec. 1, 2017 | Photo courtesy of Krystle Lake, St. George News 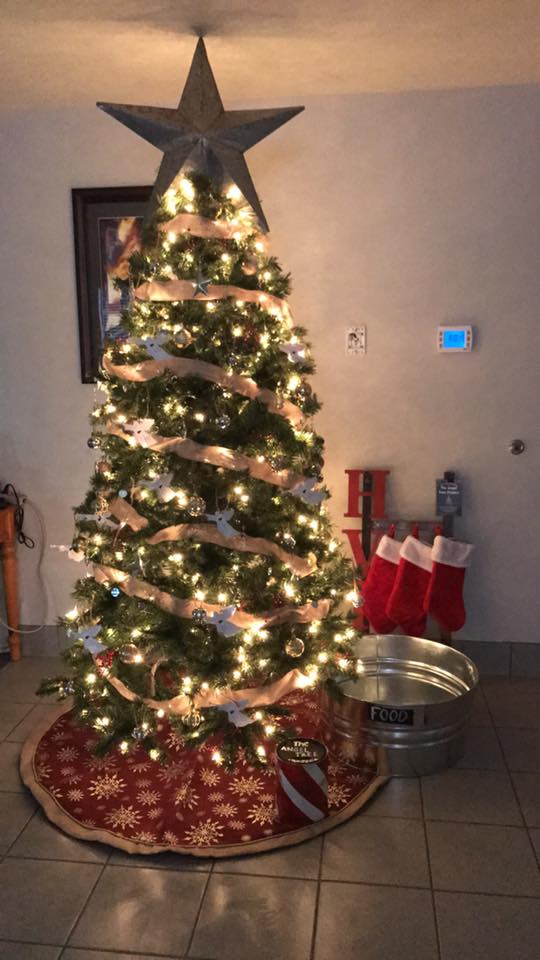 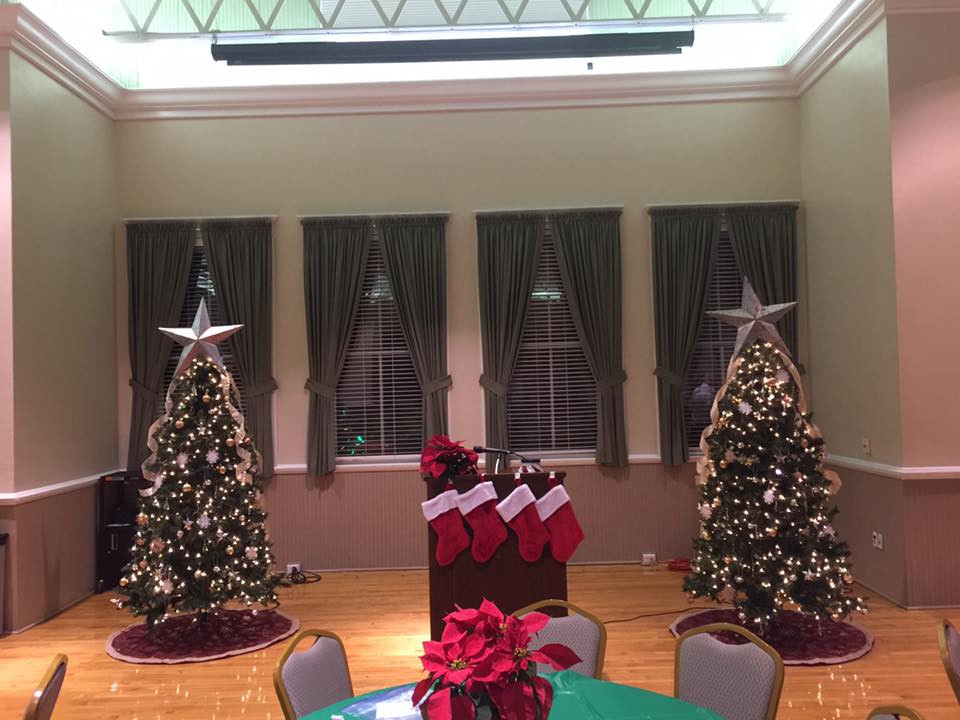 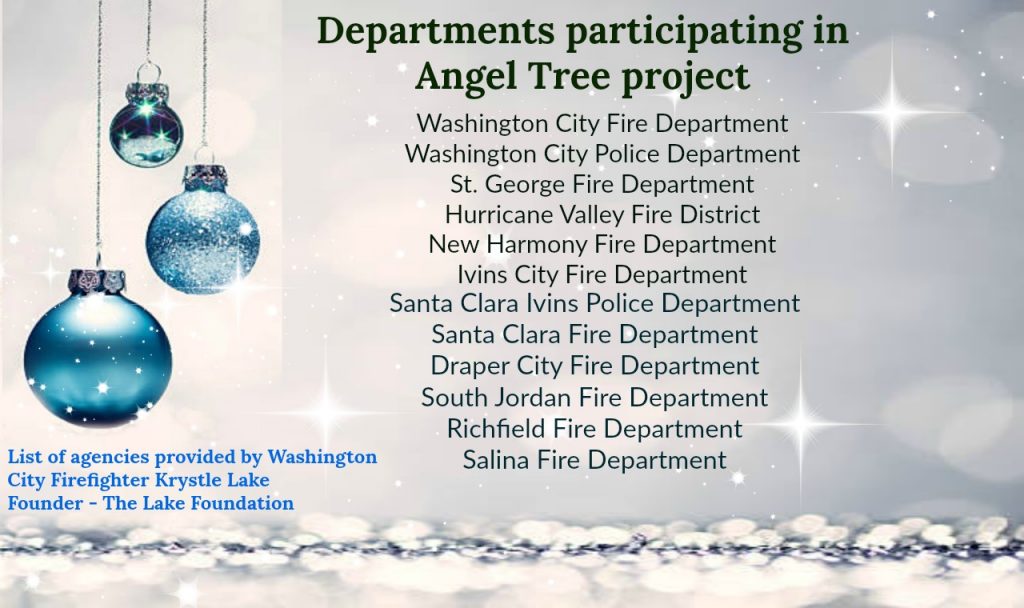 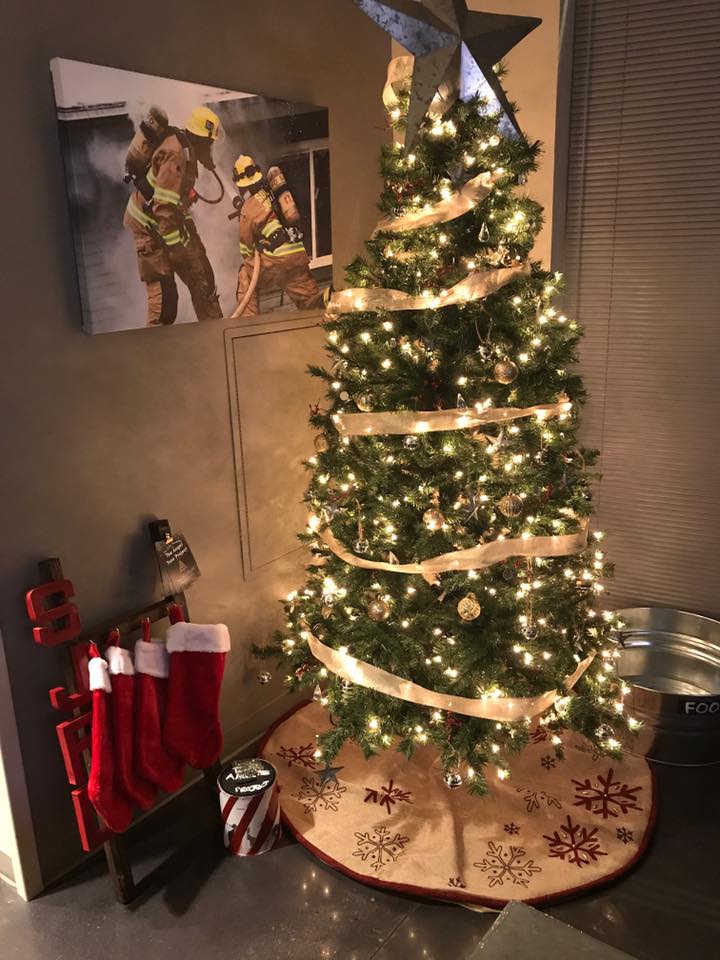 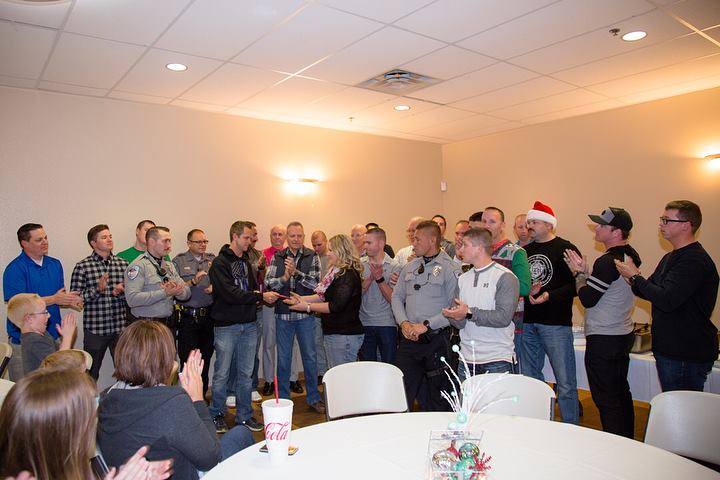