The tournament is scheduled to pit Utah, Utah State, BYU and Weber State against each other at the Utah Jazz’s home arena with the opponents rotating each year.

Utah played a near perfect game through the first 13 minutes against Utah State on Saturday. The Utes were so sharp early that they couldn’t keep up the pace and had to work to put away the in-state rival.

Justin Bibbins scored 16 points and had seven assists as Utah led start-to-finish in a 77-67 victory over Utah State on in the first game of .

“It’s hard to turn a 20-point lead into a 40-point lead in a game like this,” Utah coach Larry Krystkowiak said. “We got sloppy and started throwing the ball around. I use the term ‘disrespect the game.’ It’s not really like the guys are knowingly doing that. 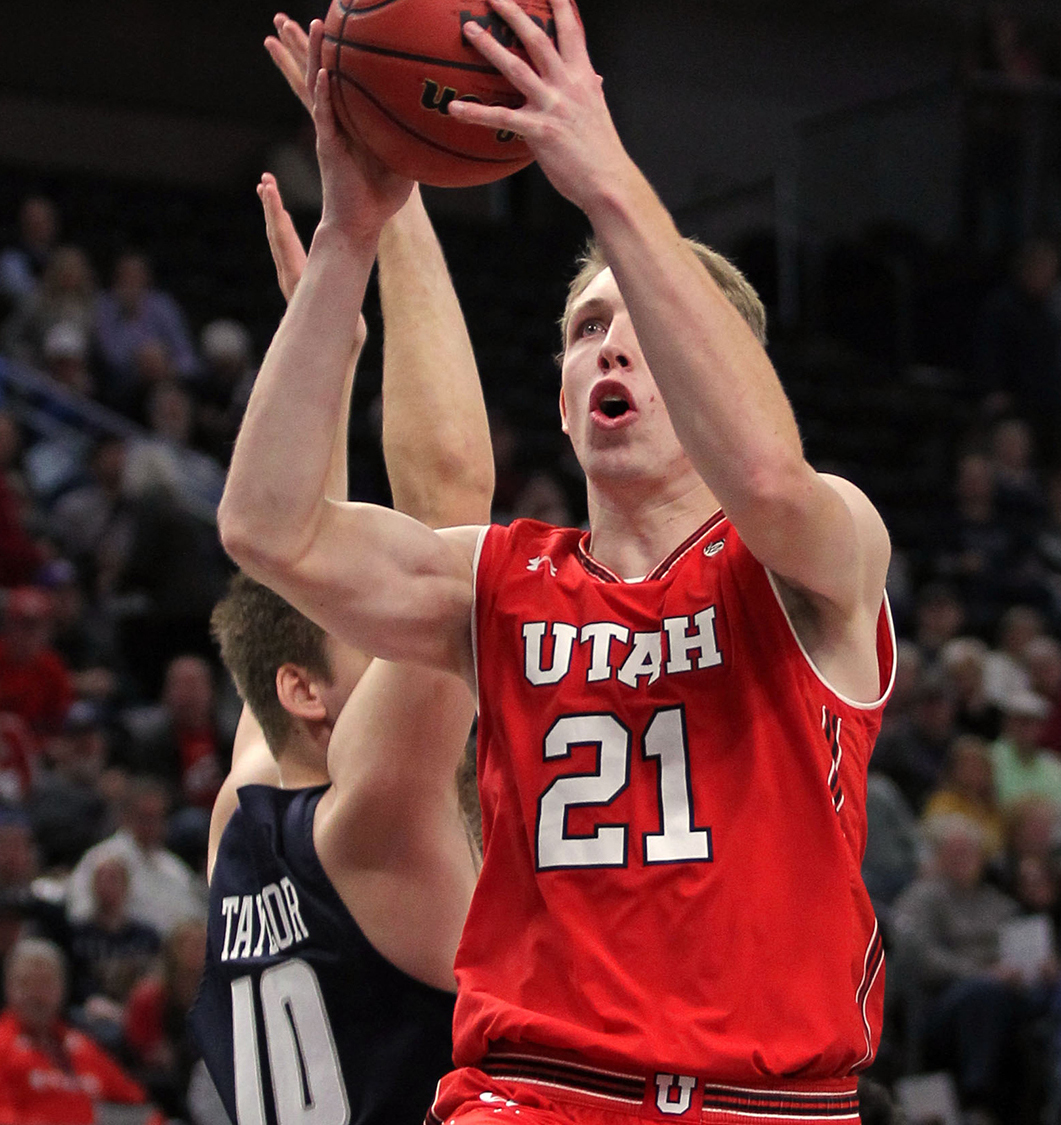 Tyler Rawson, Utah Basketball vs. Utah State December 9, 2017 in Salt Lake City, UT. (Photo / Steve C. Wilson / University of Utah)”Mature teams, winning teams, realize that the next play is really important regardless of score. … Maybe that’s part of a team maturing. We haven’t been in that position. Hopefully we can learn.”

The Utes (7-2) stormed out the gate with a 19-2 run highlighted by an active David Collette and a sharp-shooting Tyler Rawson. Collette seemed to have some extra juice at the outset, throwing down an aggressive dribble-drive dunk and pounding his chest after an and-1 layup, against his former team. The 6-foot-10 senior had to sit out a year after transferring from Utah State, where he was third-team all-Mountain West in 2014-15.

“We came out with more fire, for sure,” Collette said. “A lot of that could have been me. Just trying to get my guys fired up because I feel like the last few games I’ve kind of been sitting back and not doing my part as a leader.

“Honestly, it is a little difficult (to keep up that pace). As young guys, as players, we get a little complacent. With a big lead, we feel like we can relax. That’s one thing that we have to tighten up.”

“Really poor start on our part,” Utah State coach Tim Duryea said. “We were not aggressive at all and kind of standing around waiting to see what would happen a little bit. And they were tremendous.

“The first half, Taylor and Isby saved our bacon. Our starters had nothing going. No rhythm, no flow, foul trouble. Everything you could think of.”

The Aggies got within four points in the second half, but were never able to get over the hump.

TJ Haws scored a season-high 24 points as BYU defeated Weber State 74-68 on Saturday night in the second game of the inaugural Beehive Classic.

Weber State (4-5) hung around despite missing starters Brekkott Chapman (foot) and Zach Braxton (Achilles). The Wildcats clawed their way to a 41-40 lead in the second half, but BYU (8-2) answered each time Weber State made a run. A Haws layup capped a 7-2 stretch to take a 61-53 lead.

Weber State’s Dusty Baker made a reverse layup in traffic to bring the Wildcats within 68-66, but the Cougars made their free throws down the stretch to put away the game.

Haws knocked down four 3 pointers and added five assists while Yoeli Childs had 10 points and 10 rebounds.

Butler shoots lights out in win over Runnin' Utes

No contest: BYU never trails in whitewashing of Redbirds

Not 'sexy,' but Runnin' Utes slide past Hawaii