ST. GEORGE — A two-vehicle crash in front of Dixie High School Friday was set in motion when a driver, unable to stop in time, rear-ended another vehicle and was later cited.

A few minutes after 1 p.m., officers were called to the crash on E. 700 South near the corner of S. 300 East involving a white Hyundai passenger car and a black Mazda CX-7 SUV, St. George Police Officer Ken Childs said.

Emergency medical personnel checked on the drivers while officers began diverting traffic away from the wreck that was blocking the single eastbound lane of 700 South.

“Both drivers were shaken up but were checked by medical and suffered no serious injuries,” Childs said.

Officers learned through the investigation that the Mazda was stopped behind at least two other vehicles that were also stopped in front of the crosswalk on the corner of 700 South and 300 East.

Meanwhile, the driver of the Hyundai, following directly behind the Mazda, struck the rear bumper of the SUV. She told officers she was unable to stop in time to avoid the crash, Childs said.

The driver also told officers she didn’t think she was following too close, and she may have looked down or away for a second which gave her little time to react.

The Mazda sustained moderate damage but remained operational, allowing the driver to pull the car out of the roadway and into the parking lot of Dixie High School immediately after the crash. The Hyundai was disabled and remained in the middle of the roadway until it was towed a short time later.

The driver was cited for following too closely, Childs said.

The officer cautioned drivers to make sure they are following behind other vehicles at a safe distance, mentioning that several of the recent crashes police have responded to have been caused by drivers following too closely.

One of every five crashes across the state is caused by following too closely, according to the Utah Department of Motor Vehicle Handbook, which lists the top-five leading causes of crashes on Utah highways:

How close is too close?

At 20 miles per hour, a driver will need 44 feet to allow for reaction time and another 20 feet for the vehicle to come to a stop, requiring at least 64 feet between the driver and the car in front of them.

Those numbers more than double when speeds increase in 10 mph increments, so a car traveling 30 mph will need 44 feet for reaction time and 45 feet for stopping distance, requiring at least 111 feet between vehicles, according to an analysis by Paul Lutus, NASA engineer and mathematician, whose calculations are outlined in  “The Mathematics Behind Stopping a Car.”

“Virtually no one realizes that a car’s stopping distance increases as the square of velocity, and ordinarily, not knowing physics and math is inconvenient – but in this case it can get you killed,” Lutus writes. 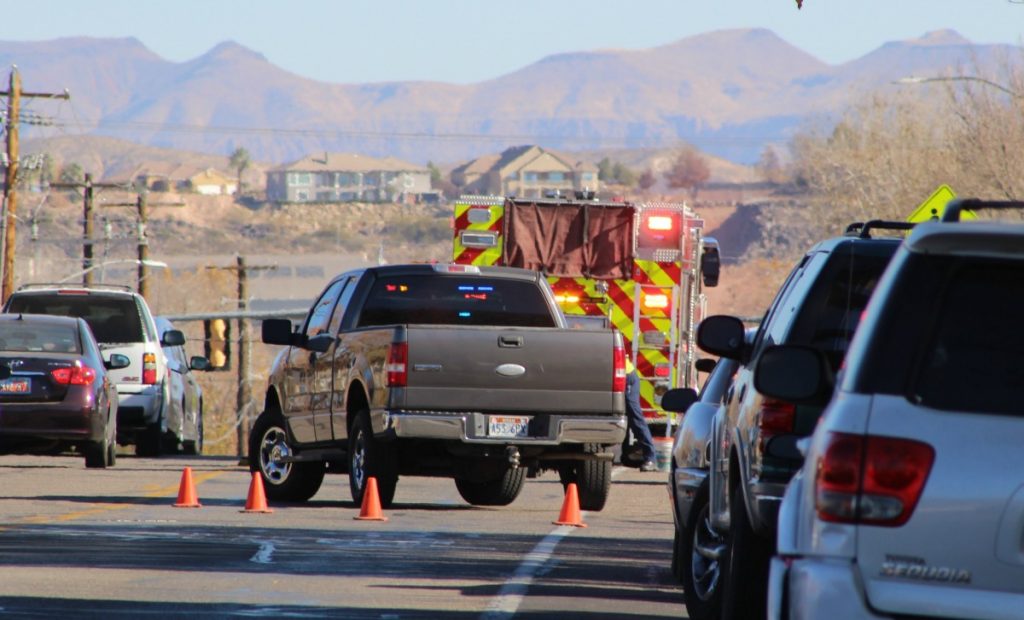 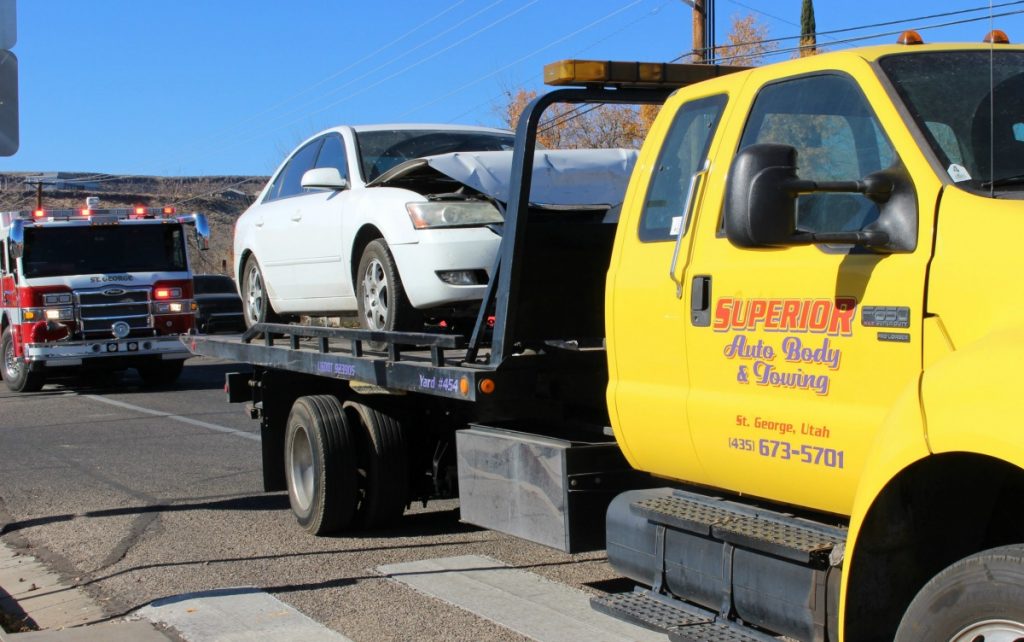 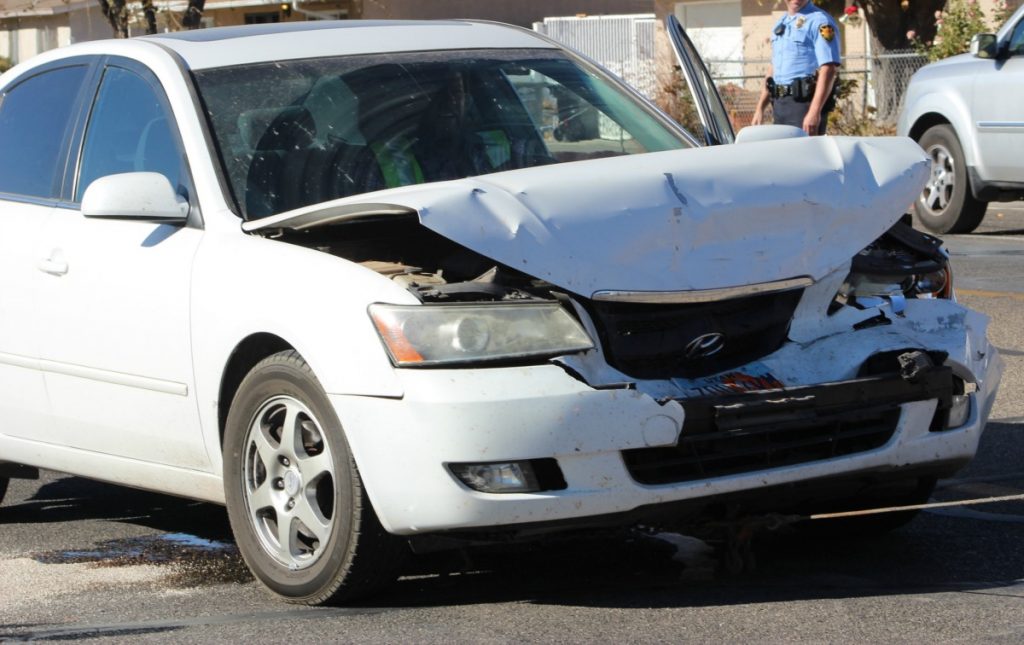 Who had the green light? Collision at River Road, 700 South