HURRICANE —A call to 911 Saturday night triggered a multiagency response to West State Street where a distraught man with a gun ultimately shot and injured himself despite negotiators talking to him for nearly two hours, a shot that proved fatal by Sunday morning when he died.

Once officers arrived they were confronted with a man armed with a gun. As they were speaking with him, the man was threatening suicide.

Officers continued speaking with the man who then went across the street into a 7-Eleven convenience store parking lot, and from there moved on into the parking lot of Lin’s Marketplace with police close behind him.

As numerous officers and task force members arrived at the scene, and with the help of Utah Department of Transportation’s Incident Management Team, state Route 9 was cordoned off in both directions from approximately South 1700 West to South 1000 West during the incident response. A number of cross streets were also barricaded to divert traffic from the area.

“We’ve been out here for over an hour talking to him, negotiating with him and trying to solve the problem, and at this point we are still talking to him,” Thompson said in an initial interview with St. George News shortly after 10 p.m.

Negotiations continued for nearly two hours from the time of the initial 911 call. While officers were attempting to calm the man and negotiate a safe outcome, he shot himself.

An ambulance waiting on standby quickly responded to the parking lot and transported the injured man to Dixie Regional Medical Center in St. George for treatment.

“We aren’t quite sure why he ended up where he did or what caused him to do this” Thompson said Saturday, noting the ongoing nature of the investigation. 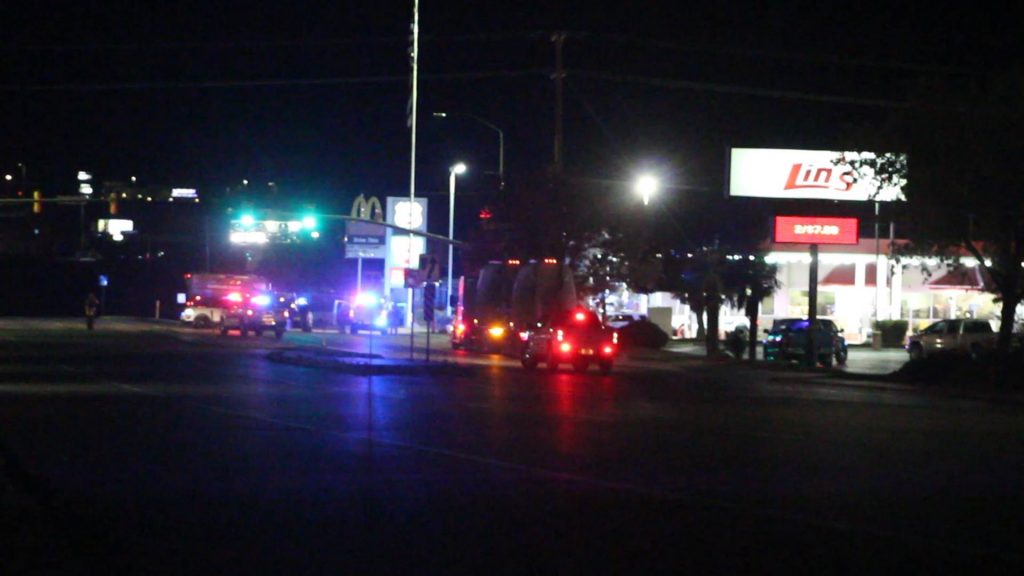 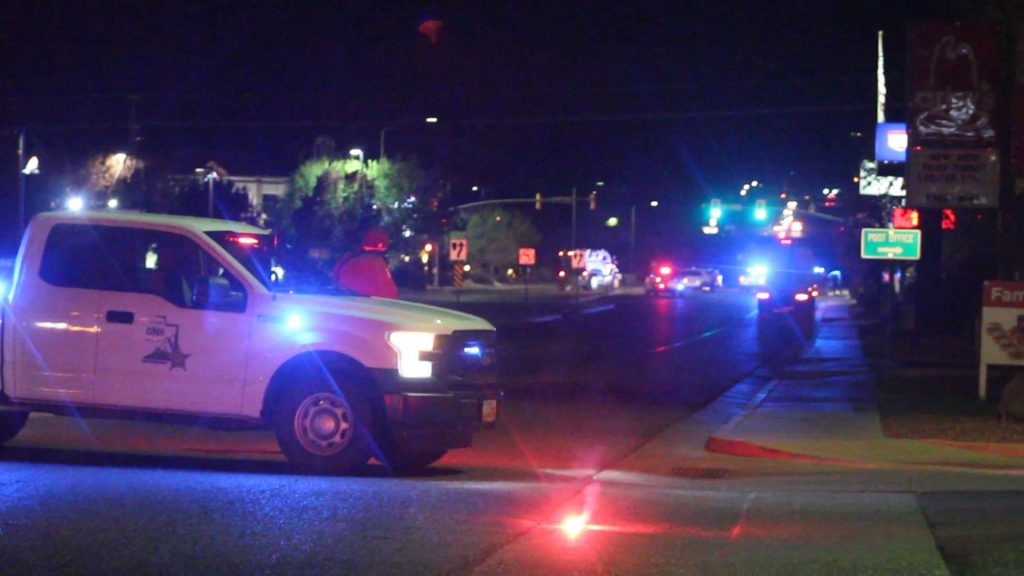 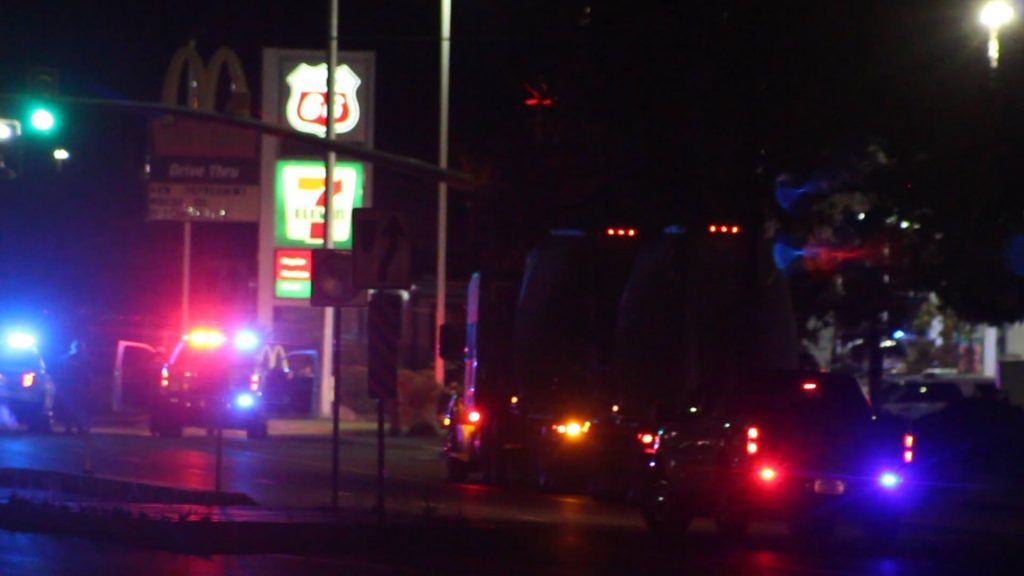 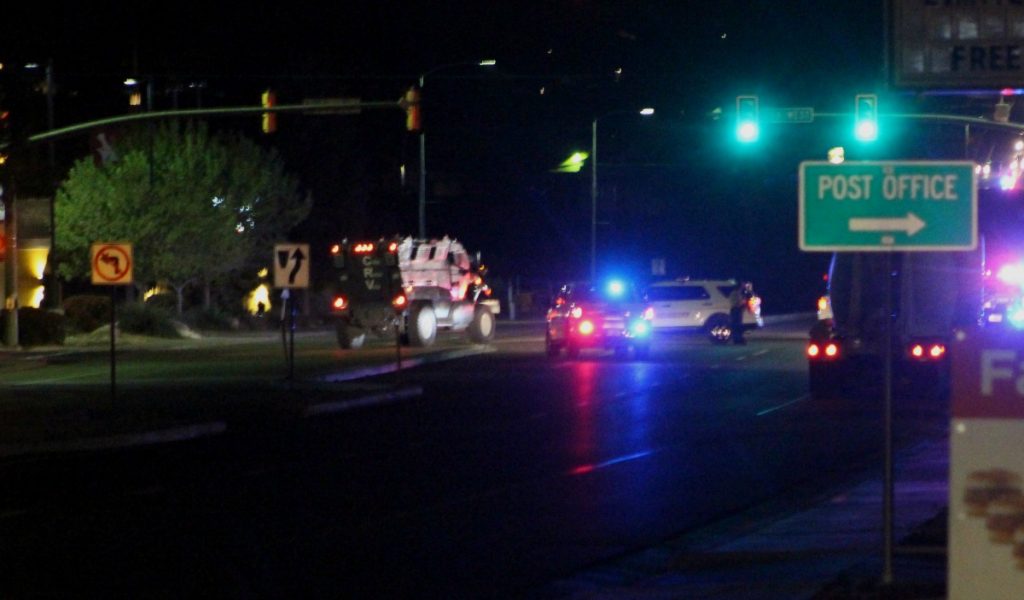 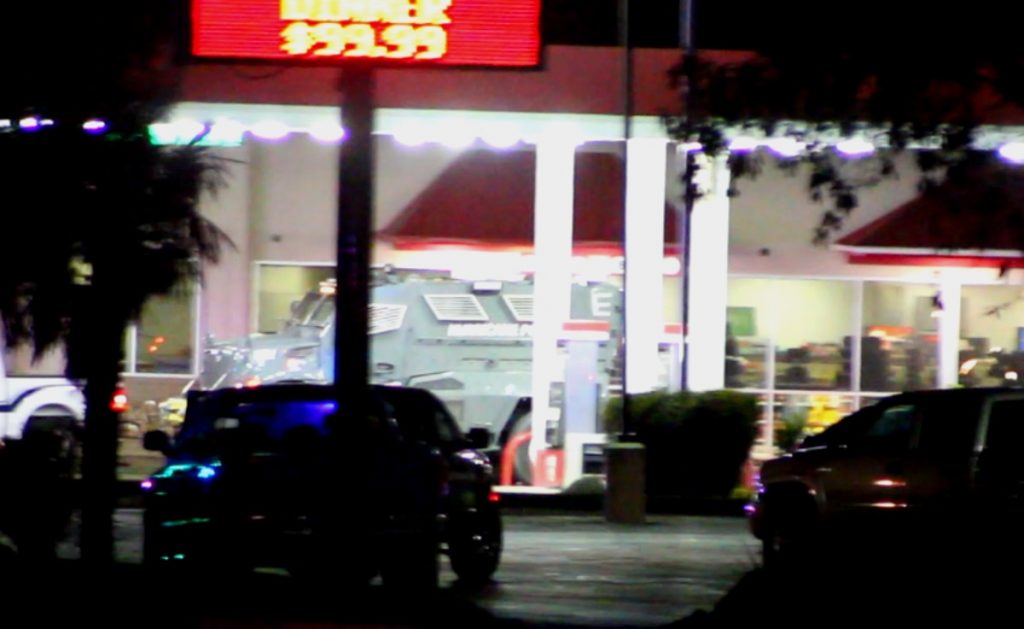 SWAT responds when shots are fired in St. George neighborhood