ST. GEORGE — A two-vehicle crash on River Road during abnormally heavy traffic that left two drivers uninjured and two severely damaged vehicles was caused by what officers call the “trap.”

At 12:30 p.m. officers and emergency personnel were dispatched to a two-vehicle crash at 335 River Road involving a gray Honda Accord and a silver Honda four-door passenger car.

After speaking with the drivers and witnesses at the scene, officers determined that the silver Honda was heading north on River Road in the outside lane while the gray southbound Honda entered the center lane intent on turning left into the shopping center parking lot.

Meanwhile, traffic on both sides of the street began backing up and was completely stopped in two of the northbound lanes, while traffic continued moving in the outside lane closest to the parking lot, the officer said.

“It was extremely heavy traffic for lunchtime here,” McDaniel said.

The gray Honda driver attempted to make a left turn when an open space became available between the cars lined up in the first two lanes but was struck as it crossed into the path of the silver Honda traveling in the outside lane where traffic was moving normally.

“Traffic was stopped in the first two lanes, but in the outside lane was still flowing until she pulled directly out in front of him,” he said.

McDaniel explained that many times drivers will stop to allow a vehicle waiting to turn the space to pass through, without taking into account that other drivers, unaware of the gesture, may not stop, but instead strike the vehicle as it pulls out in front of them.

“We call it the ‘trap,’ which is when people stop and motion you through but can’t see the other lanes and then boom, and that’s what happened here today,” McDaniel said.

Traffic was affected for more than 40 minutes while responders tended to the scene.

The drivers were properly restrained at the time of the crash, and the airbags deployed. Both vehicles sustained extensive damage and were later towed from the scene. 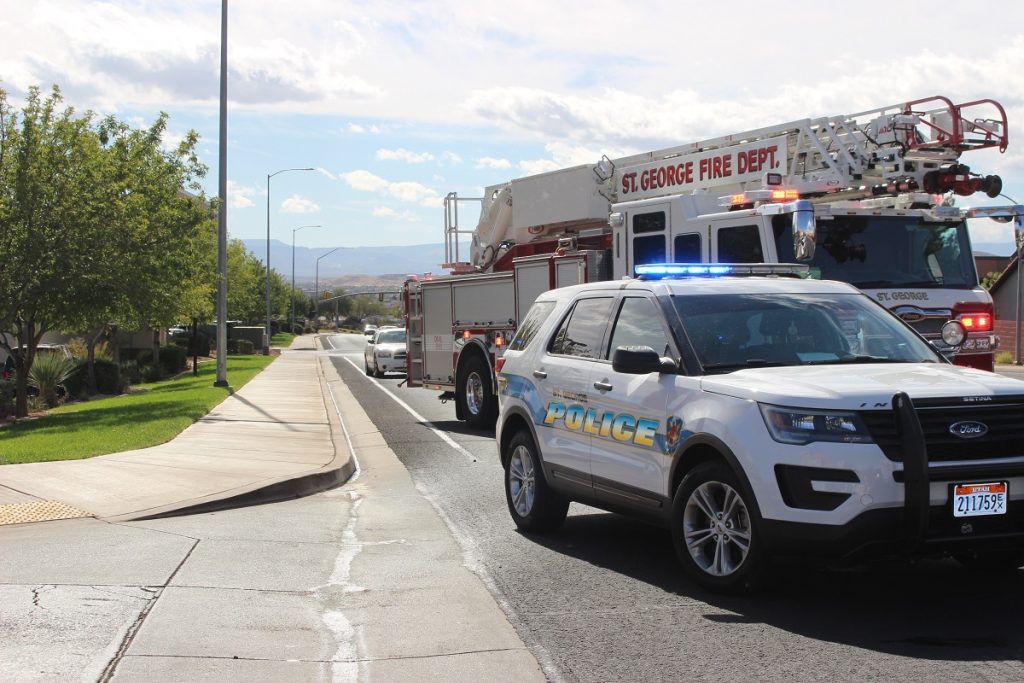 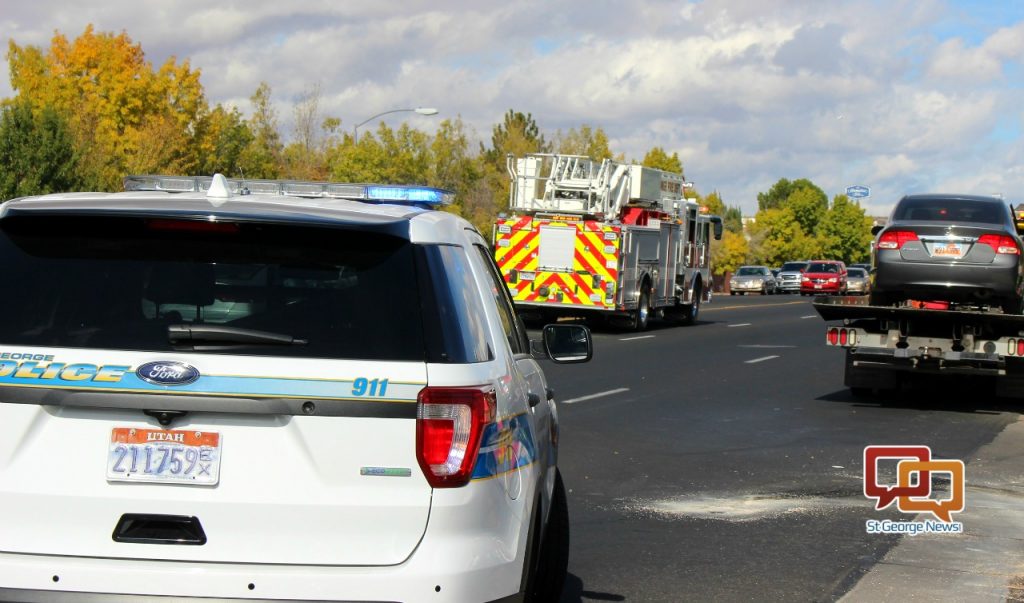 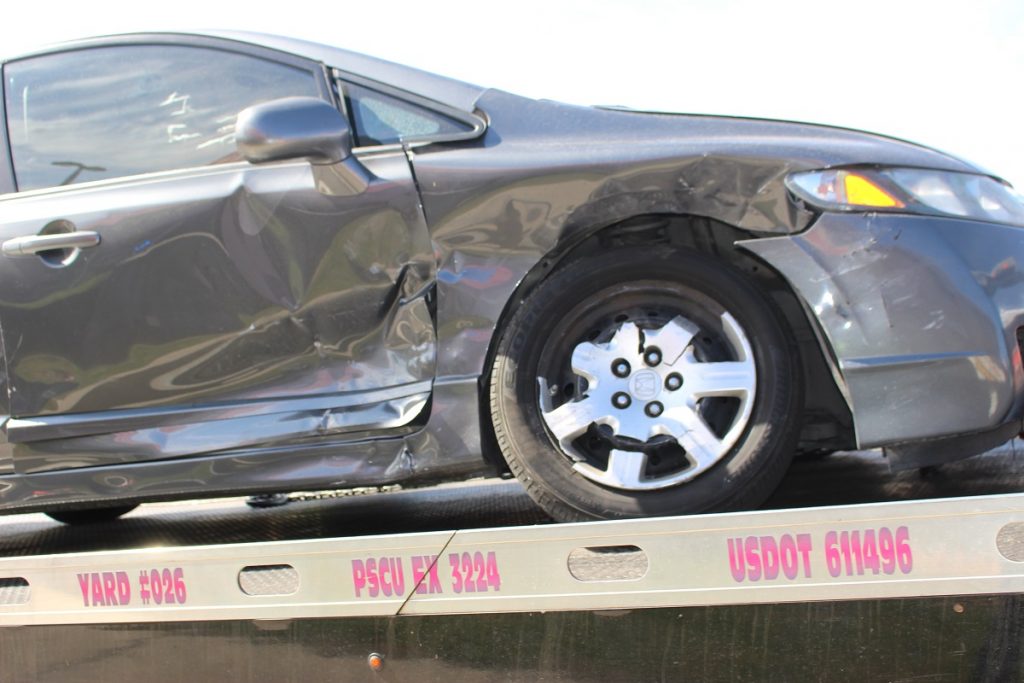 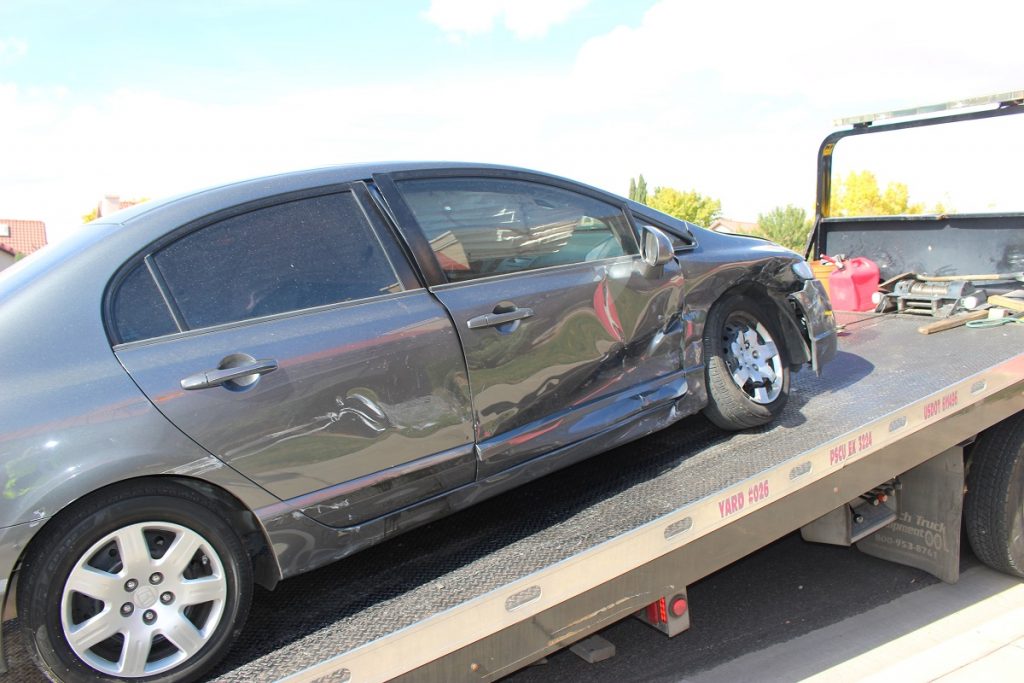 Gray Honda on the tow truck after it is struck while making a left turn on River Road Friday, St. George, Utah, Nov. 3, 2017 | Photo by Cody Blowers, St. George News 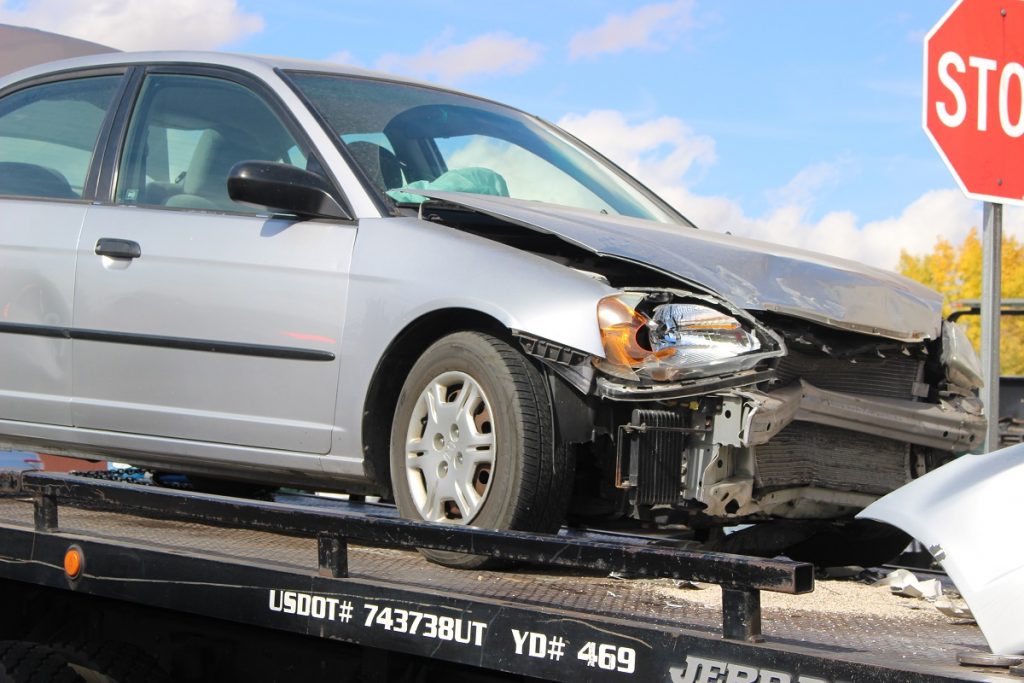 Police: Crash with injuries occurs on River Road after driver fails to yield