ST. GEORGE – Firefighters from across Utah are leaving for California this weekend to join the fight against the deadly wildfires blazing across the Golden State’s Napa wine region.

Eight of the fire engine crews involved are heading out Saturday and are deploying under the Emergency Management Assistance Compact, a system of state-to-state mutual aid, according to Utah DPS.

The units will be put to work as soon as they reach California and plan to be used for 21 days.

The units from Washington City, Cedar City and Hurricane are a part of resources already sent out by the Utah Division of Forestry, Fire and State Lands. The agency has deployed 10 engines and crews through the Resource Ordering and Status System, which is overseen by the National Wildfire Coordinating Group.

Those resources have been put into two strike teams and consist of fire engines and crews from Richfield and Salina, and Unitah, Juab, Sanpete and Carbon counties, as well as resources from the state.

Resources from Utah previously deployed include units and personnel from the Bureau of Land Management, U.S. Forest Service, state of Utah and Juab County, according to Utah PDS.

The fires in California’s wine country began Oct. 9 and have since chased an estimated 90,000 people from their homes and destroyed at least 5,700 homes and businesses. The death toll rose to 36, making this the deadliest and most destructive series of wildfires in California history, according to the Associated Press.

In all, 17 large fires still burned across the northern part of the state, with more than 9,000 firefighters attacking the flames using air tankers, helicopters and more than 1,000 fire engines.

Since Thursday evening, crews arrived from Nevada, Washington, Idaho, Montana, New Mexico, North Carolina, South Carolina, Oregon and Arizona. Other teams came from as far away as Canada and Australia.

Earlier this week, Utah Gov. Gary Herbert voiced his support for sending resources from to California.

Thinking of the people of California today as the wildfire rages. @JerryBrownGov, Utah is ready and willing to help if needed.

Fire officials were investigating whether downed power lines or other utility failures could have sparked the fires, but they say they are far from determining how the blazes began.

The Associated Press contributed for this story. 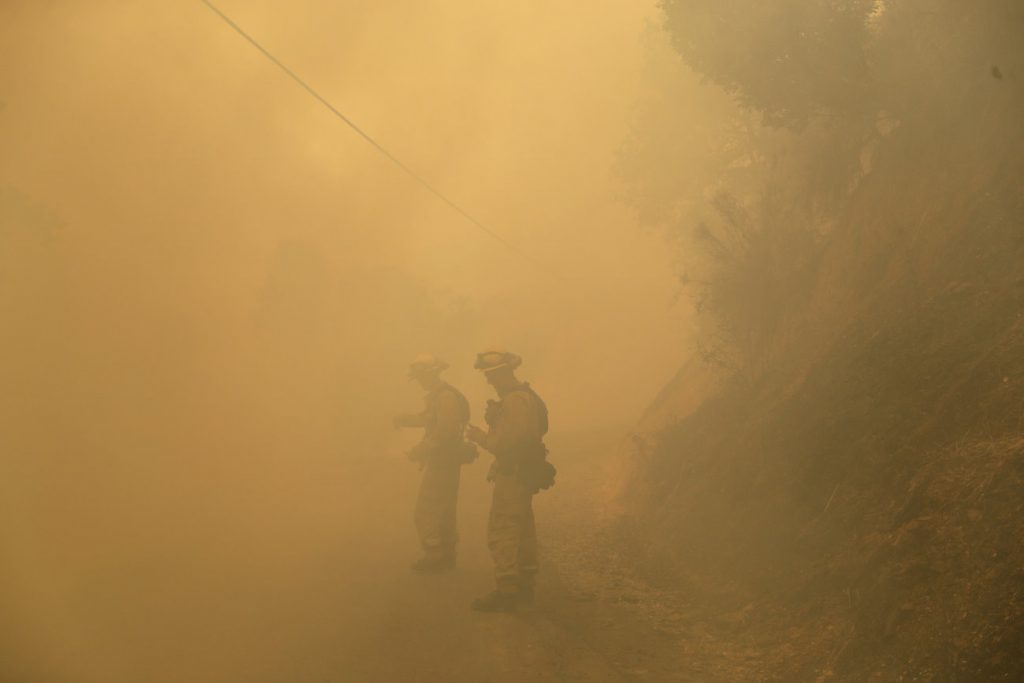 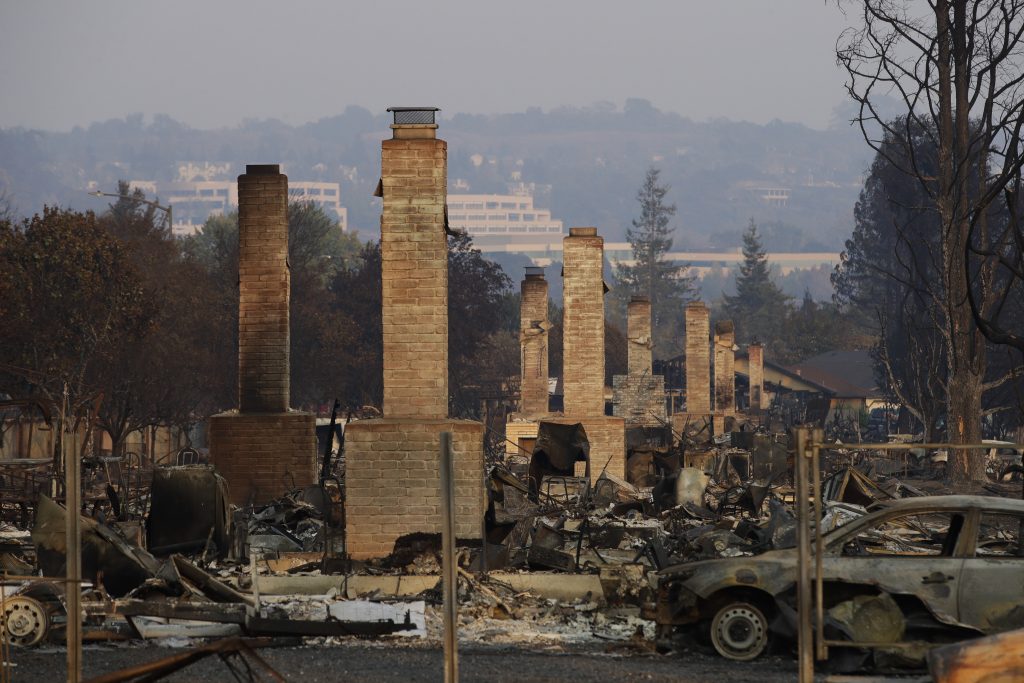 A row of chimneys stands in a neighborhood devastated by a wildfire. Firefighters gained some ground on a blaze burning in the heart of California's wine country but face another tough day ahead with low humidity and high winds expected to return, near Santa Rosa, Calif., Oct. 13, 2017 | AP photo by Jae C. Hong, St. George News 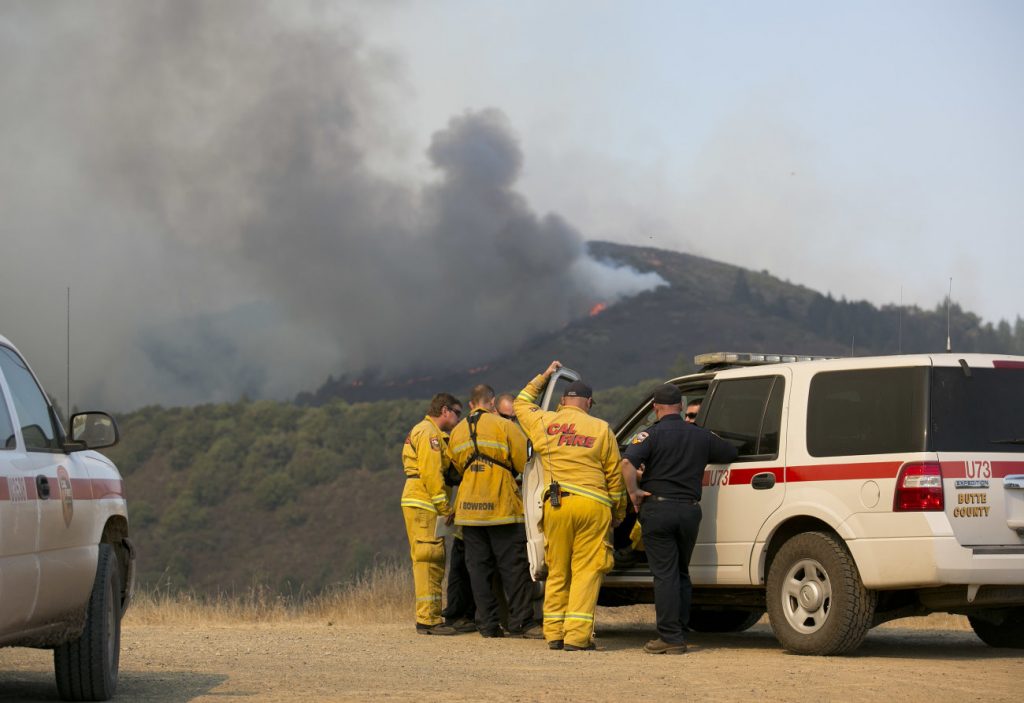 Firefighters confer as flames from a massive wildfire burn along a mountaintop. Firefighters continue to battle the blaze burning in the heart of California's wine country, near Oakville, Calif., Oct. 13, 2017 | AP photo by Rich Pedroncelli, St. George News 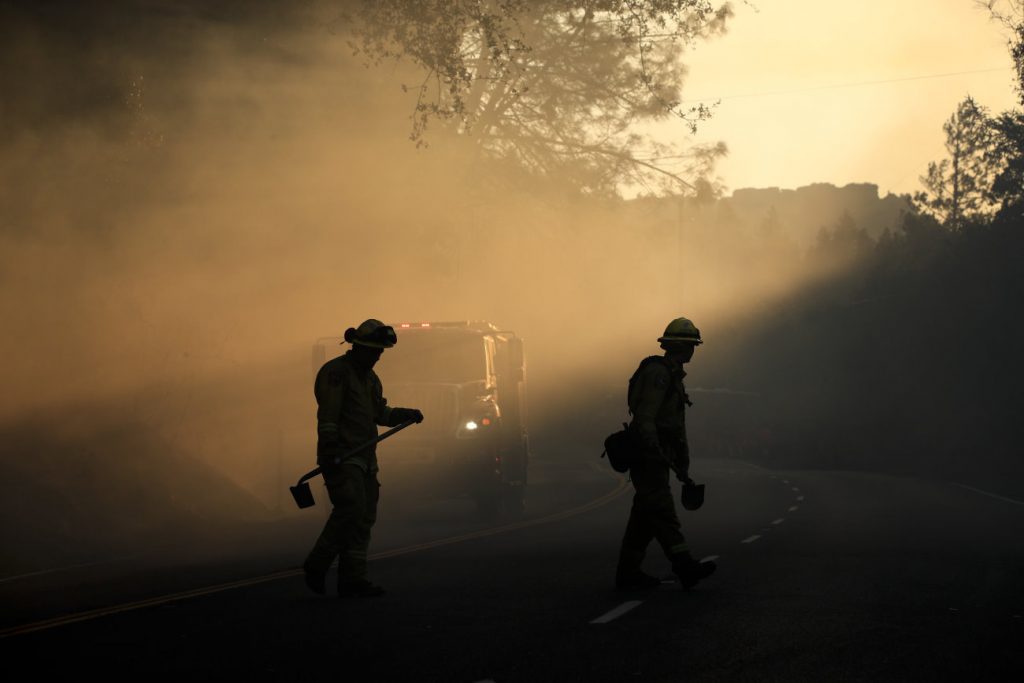 Two firefighters watch for spot fires Friday near Calistoga, Calif. Firefighters gained some ground on a blaze burning in the heart of California's wine country but face another tough day ahead with low humidity and high winds expected to return. Oct. 13, 2017 | AP photo by Jae C. Hong, St. George News 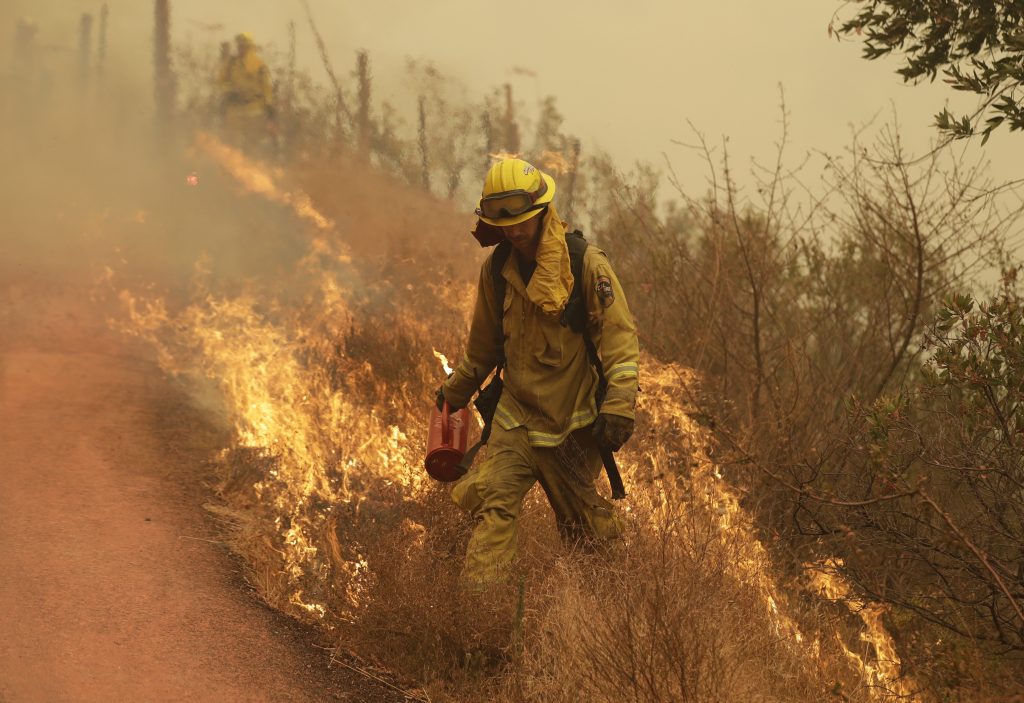 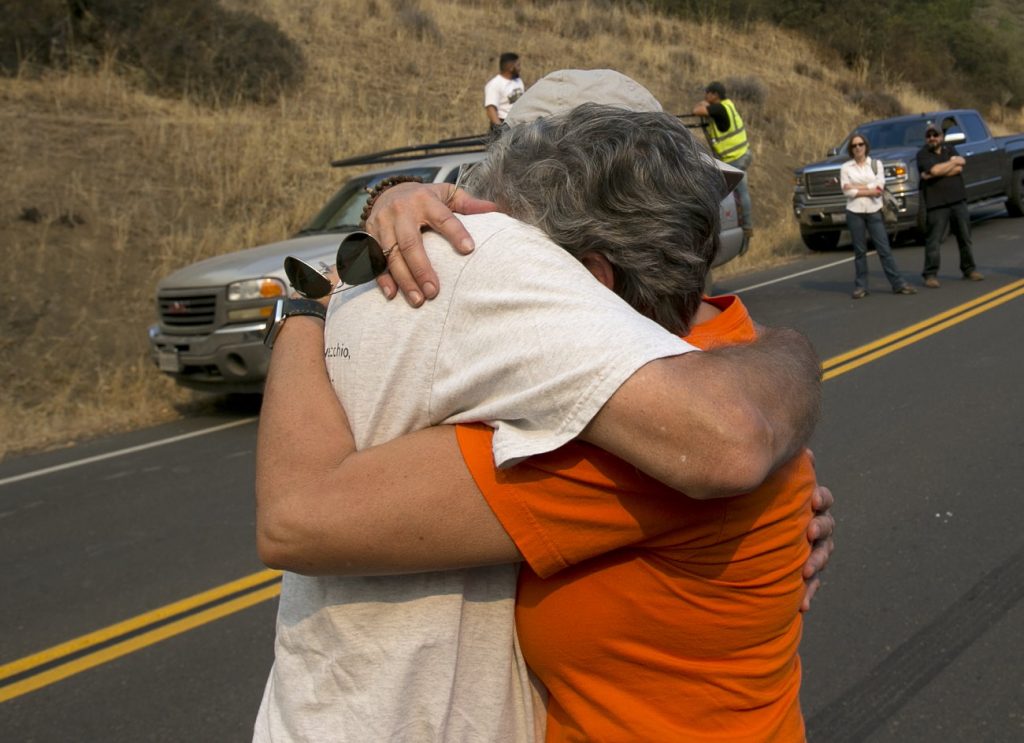 Laura Castellanos comforted by neighbor Mike Fisher after learning that her home was destroyed by the massive wildfire that swept through the hills near Oakville, Calif. Fisher's home was spared by the fire. Oct. 13, 2017 | AP photo by Rich Pedroncelli, St. George News 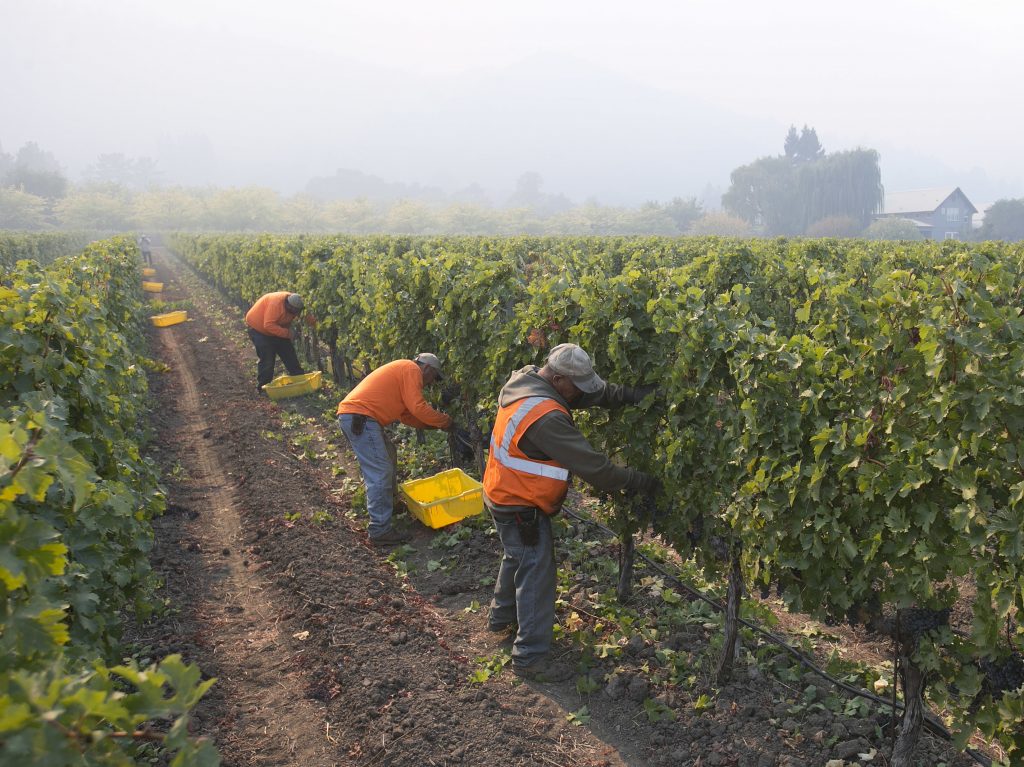 Grapes are harvested from a vineyard as smoke from a massive wildlife fills the air near Oakville, Calif., Oct. 13, 2017 | AP Photo/Rich Pedroncelli, St. George News

'If it can spark, it can cause a fire': Tips on preventing human-caused wildfires

St. George author revives atomic shadows of the past in telling tale of Russian survivor of Hiroshima

Confluence Park day: What is that old building between Hurricane and LaVerkin?