ST. GEORGE – Once again, St. George has welcomed a delegation from Ibigawa, Japan, continuing a tradition of cultural exchange shared by the sister cities for nearly three decades.

Wednesday evening, three days before the 41st annual St. George Marathon, a contingent of 11 Japanese visitors arrived in St. George, including four runners who will compete in Saturday’s marathon.

The Japanese delegates, who are staying in the homes of local host families during their visit, were also formally recognized during Thursday’s St. George City Council meeting. Then, Friday afternoon, they were treated to an international luncheon at the Dixie Center St. George.

Among the delegates is runner Kenji Miyazaki, 28, of Moriyama, Japan, who is listed among the top 20 elite runners for the 2017 St. George Marathon, with a projected finish time of 2 hours, 31 minutes. Saturday’s top Japanese female entrant is Mitsue Tomita, 41, of Obu, Japan, who has an entry time of 2:59, putting her among the top 20 elite women. This year marks Miyazaki’s second entry in the St. George Marathon and Tomita’s third.

The other two runners who are part of the delegation are both from Ibigawa, a city in central Japan with a population of about 25,000. They are Nobuchika Tsuboi, 46, and Mina Tusboi, 39.

Also part of the Japanese delegation are Ibigawa Vice Mayor Sunao Isaji, along with a handful of city staff, council members and race officials.

“It’s a wonderful relationship that builds so many friendships,” Pike said during Friday’s luncheon, just prior to exchanging ceremonial gifts with Isaji.

“We have enjoyed our sister city relationship with St. George,” Isaji said through an interpreter. “Thank you for taking care of us.”

Pike noted that St. George will be sending a similar delegation of local officials and top runners to Japan next month, where St. George’s top finishing runners will compete in the 30th annual Ibigawa Marathon Nov. 12. Ibigawa’s event has about 6,500 entrants in the full marathon and another 3,500 registered for the half-marathon event staged at the same time.

“We hope that your runners are fast and have a good time,” Pike said, inviting the nonrunning delegates and members of the public to participate with him in the St. George Exchange Club’s Mayor’s Walk event Saturday morning between 7 and 8 a.m. 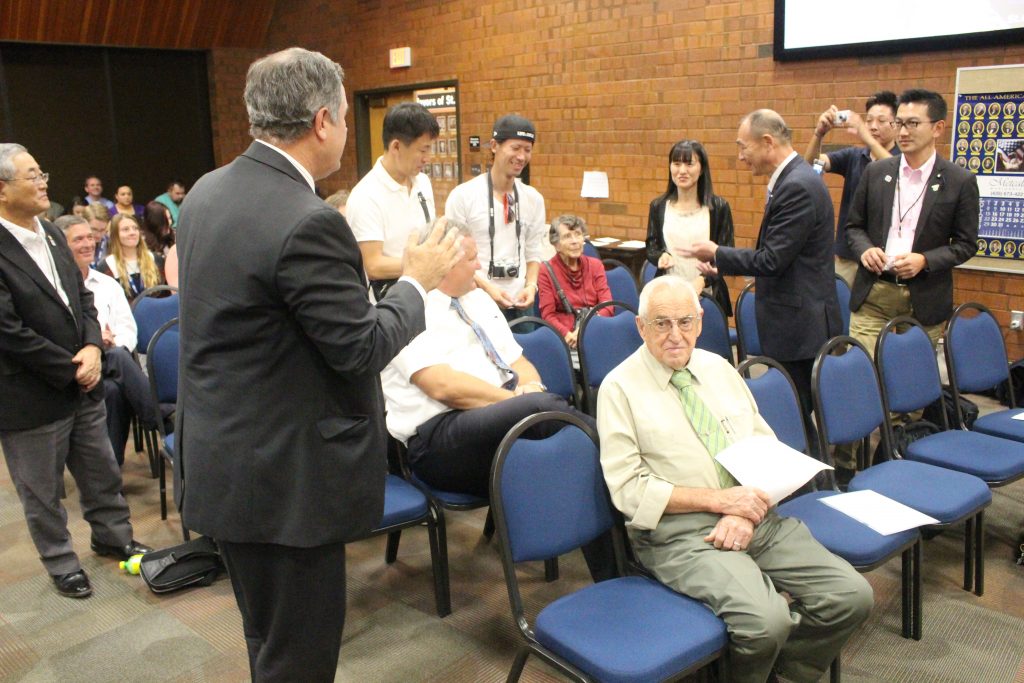 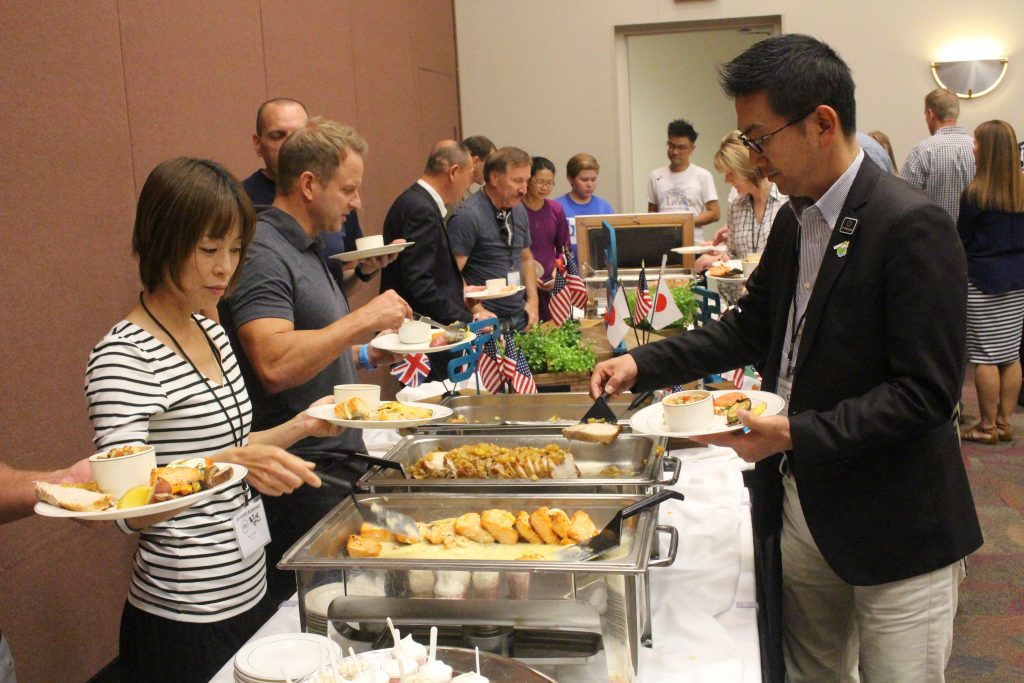 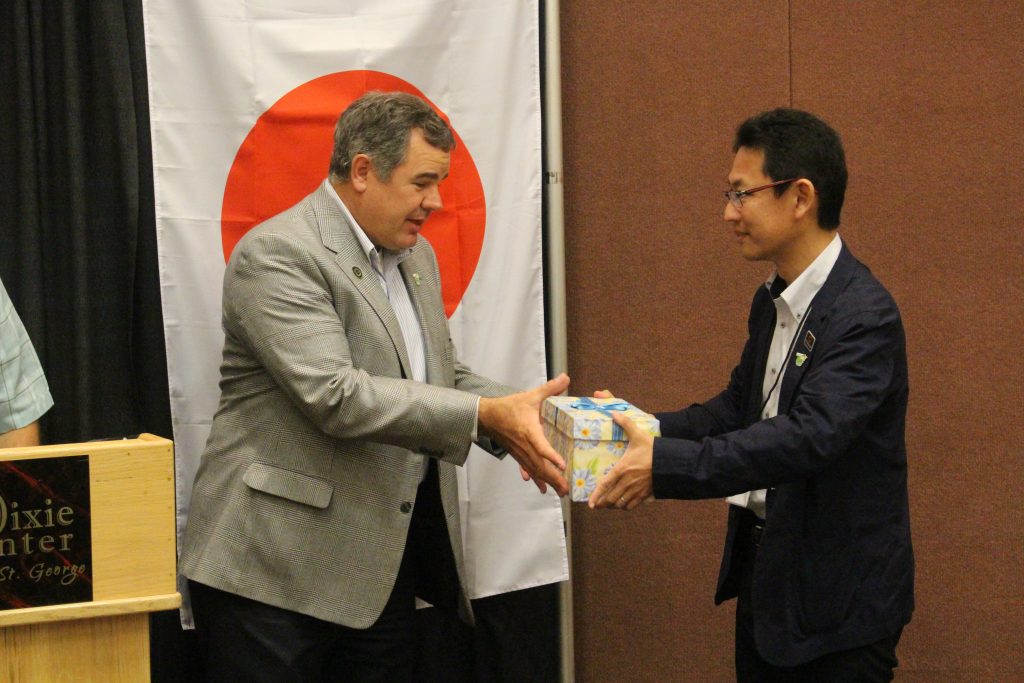 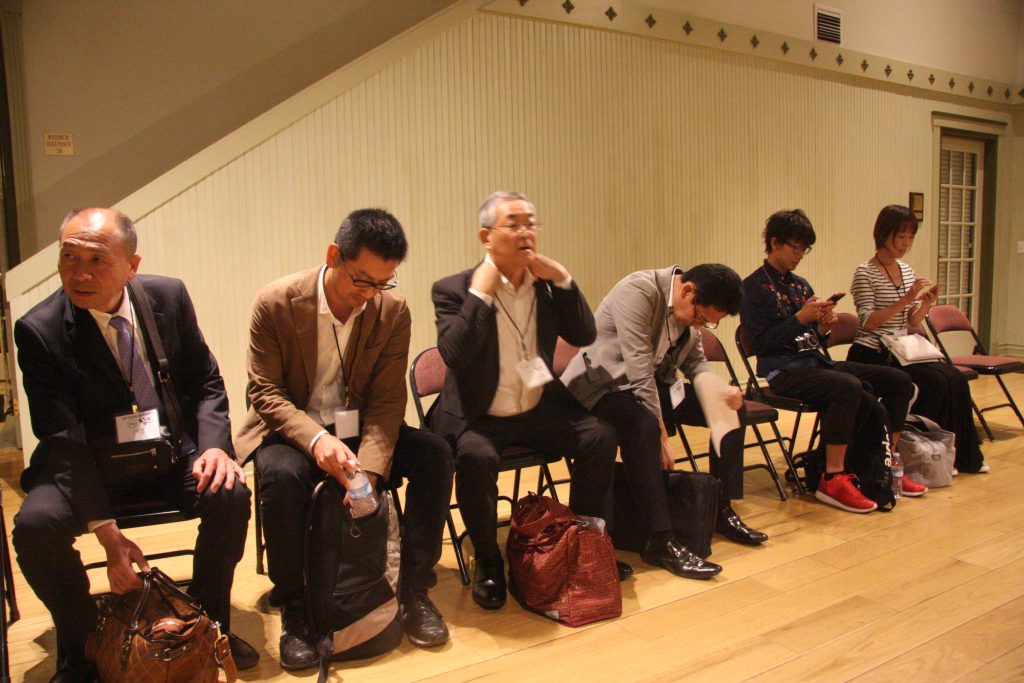 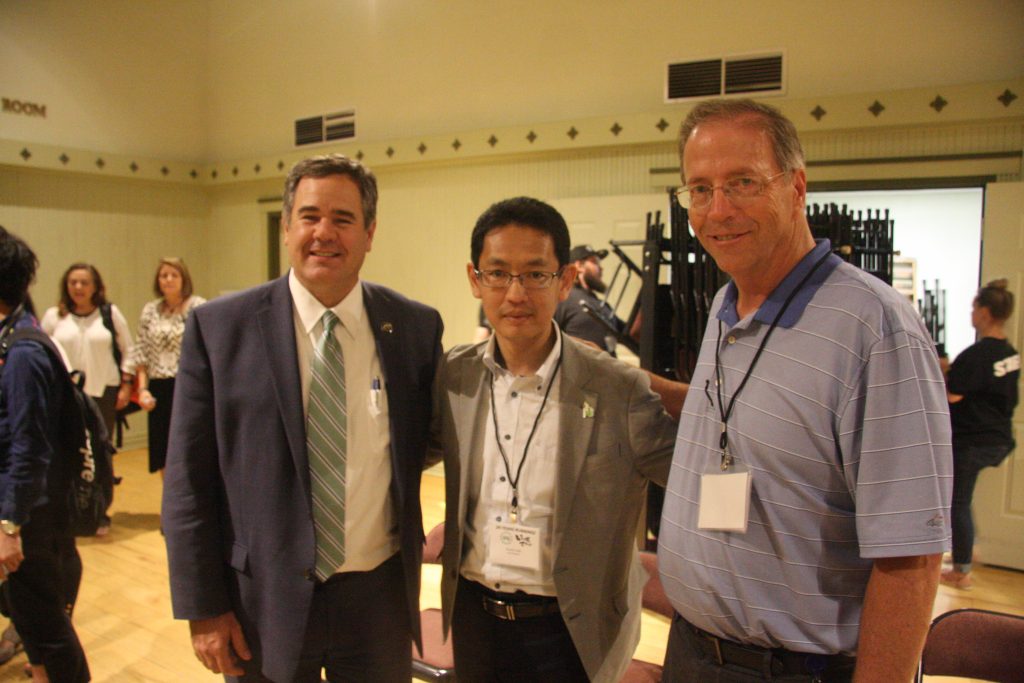