ST. GEORGE — Country music fan Julie Hart was enjoying her third and final night at the “Route 91 Harvest Festival” in Las Vegas Sunday night, not knowing that the night would end in the deadliest mass shooting in modern U.S. history as the concert venue became like a war zone.

“We just started running out onto the airport and running across the runways towards the terminals on the other side,” Hart told St. George News. “We got about halfway across and it’s like, ‘Oh my God, we’re on an airport,’ and helicopters are flying over us with their searchlights. At that point, we just sort of put our arms up in the air so that they knew that we’re not trying to attack, we’re just trying to flee.” 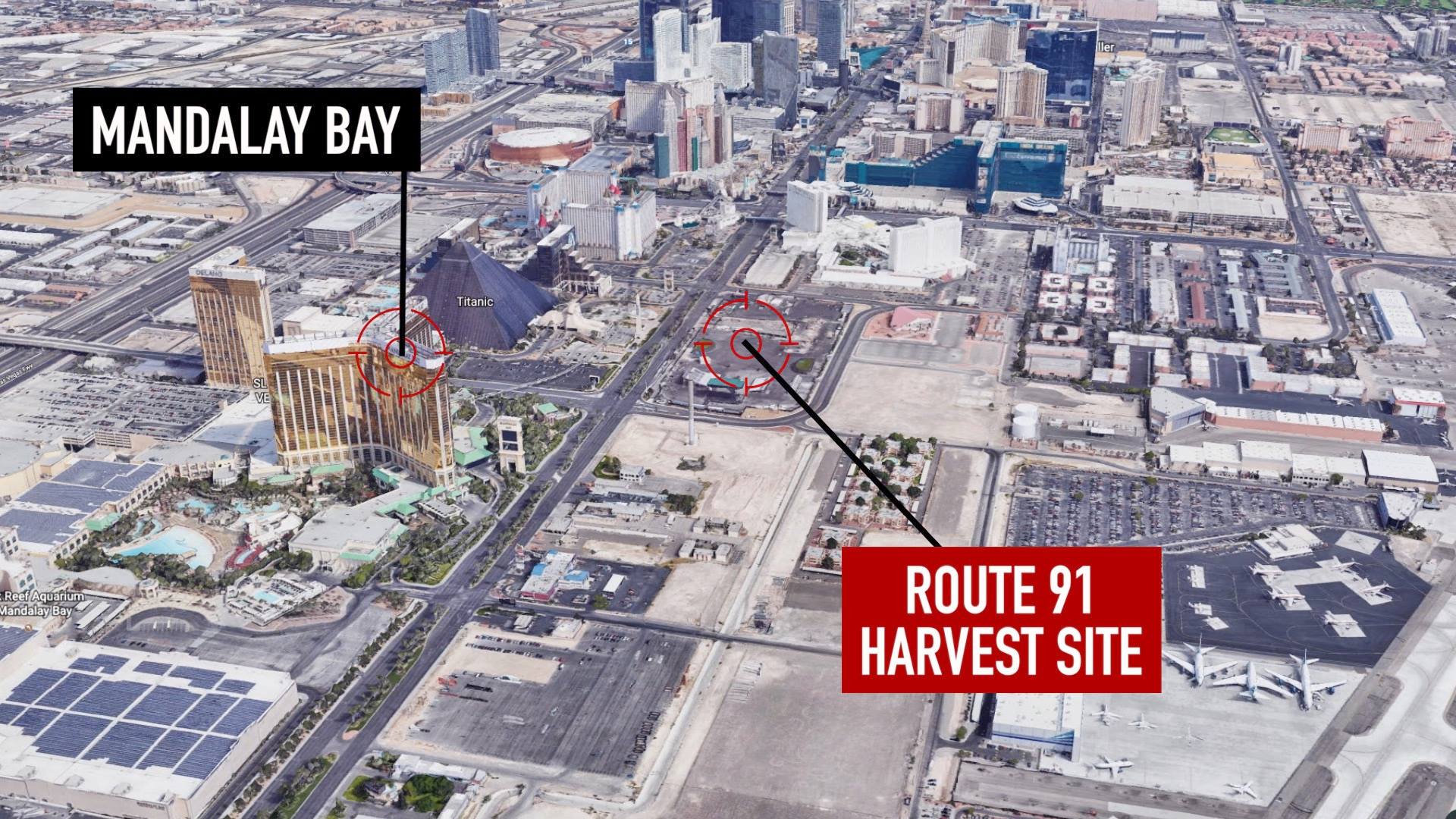 Hart, who had traveled from Anaheim Hills, California, was at the concert with her boyfriend, Mark Gay, when they heard the initial gunfire.

“We heard a couple of pops and, at first, I thought it was fireworks, you know, firecrackers, and all the sudden it looked like people were falling in front of us – probably about 20 feet or so – and then the crowd started surging back and kind of all at about the same time.”

As concertgoers, some 22,000 people, began realizing that the crowd was being riddled with bullets, panic set in and the music stopped, giving way to screams of pain and terror. That is when Hart said she grabbed her boyfriend’s hand and told him to run, not knowing that the bullets were coming from a gunman who had positioned himself in a two-bedroom suite on the 32nd floor of the Mandalay Bay Resort and Casino where he was firing shots from a quarter-mile away.

“We got out of the actual concert itself and started running down a little roadway and we could hear the shots still coming, I mean, the automatic fire that was still coming,” Hart said. “At that time, we had no idea if there were multiple shooters or what.”

With a rush of adrenaline combined with the sound of ricocheting bullets, Hart said it sounded as though shooters were coming up behind them. As concertgoers continued running, literally, for their lives, they had a series of fences keeping them somewhat contained.

“My boyfriend and a few other folks were trying to push down the fencing and some of the crowd was trying to climb over, you know, others couldn’t climb over,” Hart said, noting that, at this point, there was a group of approximately 20 to 50 people fleeing in the same direction.

“We were trying to look at places that we could go and hide and take shelter. And we kept just fleeing away from the scene.”

When the panicked group came upon a fence on the west side of McCarran International Airport, Hart said an individual in the area tied a rope to a Ford F-350 truck and broke the airport fencing loose for them to get through.

“We just started running out onto the airport and running across the runways towards the terminals,” Hart said, adding:

We got to the other side of the airport across the taxi ways over by some of the planes on the ground.

An official with McCarran International Airport told The Associated Press that “an airport perimeter fence near the concert venue was breached by people fleeing the scene of the incident.”

“Airport staff responded and have transported those people to the designated evacuation site,” the officials said. “The fence line is once again secured.”

Flights in and out of the McCarran International Airport in Las Vegas were temporarily halted.

Hart said the group was bused and dropped off in a parking lot on the other side of the airport where many people hunkered down behind walls in fear, unaware if there was still an active shooter.

The couple booked an Uber ride to Henderson where they stayed until they could gather their belongings the next day from their room at the Delano in the Mandalay Bay Resort complex.

“Feeling very thankful and grateful that we’re here,” Hart said Monday morning, not yet knowing the full gravity of the situation.

The Las Vegas gunman would leave at least 59 people dead and more than 527 injured – some by gunfire, some during the chaotic escape – before turning a gun on himself.

As least three people from Utah were killed as a result of the gunfire.

50 dead in Florida nightclub shooting, worst in US history