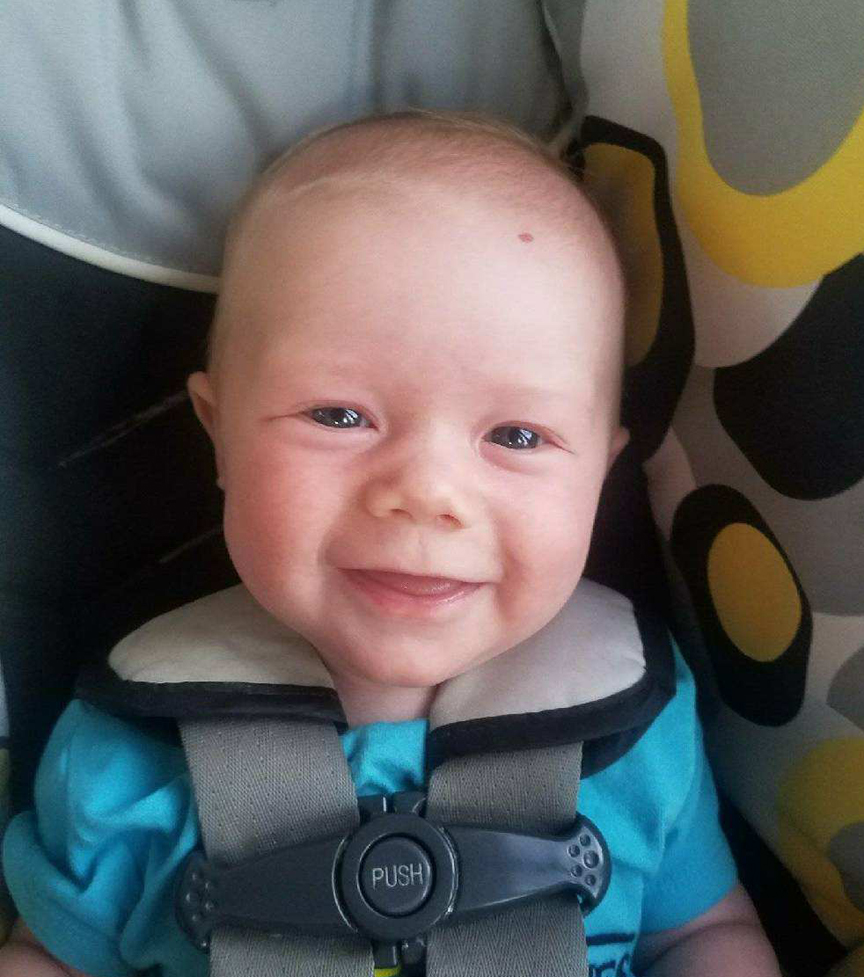 Huddy was a great baby. Starley said, “If all babies were this easy, I would have five more!”

Because of his sister Kennedy’s eating challenges, they prayed for a baby that would be a good eater, and he did not disappoint.  He never met a bottle he didn’t like, and he ate every two and a half hours.

Hudson was found on Thursday, September 14, 2017, not breathing during his nap. He was revived by first responders and life-flighted to UMC in Las Vegas, Nevada, where he received excellent care. After all efforts were made, his little body was unable to recover. The cause of death was determined to be SIDS. Hudson and his parents have made the heroic decision to be a life-saving organ donor.  Hudson’s gift will allow many other children to have the gift of life.

His smile and laugh were infectious and brought happiness to all who met him. His calm demeanor was welcomed and brought joy into all of our homes, and he will be greatly missed. Hudson’s family is comforted by their knowledge that families can be together forever. In this time of sorrow, Hudson’s parents feel peace knowing this trial was previously accepted, and it was his time to return to the arms of his loving Heavenly Father.

The family would like to express love and gratitude to Mikell Terry, who loves Huddy like her own. They would like to formally thank first responders, special nurses (especially Kelsea and Yvonne) and all other medical professionals who gave such wonderful care to Hudson.