ST. GEORGE — How do you tell a 3-year-old child they have cancer? It’s the gut-wrenching question St. George resident Casi Vaipae found herself facing when her daughter was diagnosed with acute lymphoblastic leukemia earlier this year.

Like most kids her age, Lexi Vaipae loves toys, coloring and playing with friends. She’s sassy, spunky, outgoing and opinionated. She enjoys waving goodbye to her older sister, Kennedy, as she leaves for school.

However, unlike most kids, Lexi is battling cancer.

Casi Vaipae will never forget the day the emergency room doctor informed her of her daughter’s diagnosis:

My heart shattered in a million pieces on the floor in front of 10-12 different people. I didn’t even know their names, but they had people standing around there and it was like these people were talking to me and I could see their mouths moving and there were other things going on in the background, even behind these people, but I didn’t hear a word. I didn’t hear anything. I didn’t move. It was like the world stopped for a good five minutes.

It was the end of February when Casi Vaipae noticed her 3-year-old daughter wasn’t feeling well. She took Lexi to her pediatrician, who sent them home with amoxicillin and instructions to come back in seven days if Lexi’s condition didn’t improve. About three days later, when Lexi woke up, her mother noticed she wasn’t herself.

“She didn’t feel like even saying goodbye to her sister, like waiving at the bus stop, and that’s an everyday thing, so I knew something was wrong,” Casi Vaipae said of her youngest daughter.

After the pediatrician looked Lexi over again, everything looked fine, Casi Vaipae said, so they were told to try some Tylenol and to let the amoxicillin run its course. However, Lexi would soon find herself back at the pediatrician’s office at the beginning of March after awakening from a nap with a bloodshot eye.

The Vaipaes were told Lexi had likely broken a blood vessel from coughing and were sent home. Days later, in the early morning hours of March 7, Lexi walked downstairs to the kitchen to find her mom.

“I had turned around, and she was standing there,” Casi Vaipae said. “She was in the kitchen trying to tell me ‘Mom, I can’t breathe,’ and I finally got it out of her after about the third or fourth time. She started turning blue right there in the kitchen.”

She scooped her daughter up and called her mother, who rushed over to their house. By this time, Lexi seemed to be breathing better. But when Lexi moved her head to look up at her grandmother, Casi Vaipae said it was horrifying to see what she described as two lumps the size of grapefruits protruding from Lexi’s neck.

“It was her lymph nodes,” Casi Vaipae said. “They were completely swollen, and it was just huge. The scariest thing – if you can imagine an alien coming out of skin, that’s what it was like. It was a horrifying image. That was even scarier than her turning blue.”

Lexi’s family rushed her to the emergency room at Dixie Regional Medical Center where doctors began running a series of tests. Less than an hour later, the ER doctor knocked on the hospital door and motioned for Casi Vaipae to come out of the room to talk.

“So I got up thinking, ‘That’s never happened before – I’ve never even heard of that. Why wouldn’t he just come in and tell me and my mom what was going to be happening (and) what kind of medicine we were going to do and when we were going to go home?’” she said.

That’s when Casi Vaipae got the news. She said:

Within the hour, Lexi and her mother and father were taken by ambulance to the St. George Airport where they boarded a twin-engine airplane and were flown to Salt Lake City for Lexi to be admitted to Primary Children’s Hospital.

By the end of the day, Casi Vaipae said, they were given Lexi’s cancer diagnosis and told that she had a tumor spanning ribcage to ribcage and all the way up to her esophagus.

On the way from the airport to the hospital, Casi Vaipae and her husband had discussed how they were going to tell Lexi she had cancer.

“The only thing, basically, we agreed on was just don’t sugar coat anything,” Casi Vaipae said. “We’re just going to tell her that she’s sick and that mommy and daddy and all of your family and supporters are going to be right here with you to cheer you on, and we’re going to get better. We just have to take medicine and do what the doctors say.”

Lexi spent almost a week in the Intensive Care Unit, her mother said, before being moved to the hospital’s Immunocompromised Unit, or ICS, an acute care inpatient unit dedicated to children affected by cancer, blood disorders and transplantation.

About two months later, Lexi was discharged from the hospital and spent the next two weeks with her family at the Salt Lake City Ronald McDonald House, a temporary home-away-from-home located near the hospital.

“I wanted to be right there by the hospital just in case anything went wrong because we were so new and fresh at this. I didn’t know what could happen or anything,” Casi Vaipae said. “So we stayed there. It was really nice, and the people there are just great.”

Families with an ill or injured child who must travel to Salt Lake City area hospitals for medical treatment have the opportunity to stay in the house, which provides a place to sleep, eat, do laundry and visit with other families.

Lexi has since turned 4 years old. She still likes to be the center of attention, and some would say she has a wisdom beyond her years. Her mother said she is battling cancer “exceptionally well.”

“She’s so little, but at the same time, she has to know that we can’t do certain things and can’t go to certain places and this is our new normal,” Casi Vaipae said.

The Vaipae family travels from St. George to Salt Lake twice a week for Lexi’s chemotherapy treatment. Finding solutions to alleviate the heavy financial toll of a cancer diagnosis isn’t easy, but community fundraisers and the LexiTheFighter GoFundMe page aim to do just that.

“There’s been bills I haven’t even opened yet because I’m so overwhelmed,” Casi Vaipae said. “There’s probably four or five new ones in the mail every single day, and it’s crazy the amount.”

The Vaipae family has found strength in the love and support of family and the community from restaurant and gas gift cards to prayers and moral support.

“We’ve received tons of letters, boxes, colored pencils, things for Lexi to do in treatment and on the way to and from when we travel,” Casi Vaipae said, noting how supporters have even been good about including her oldest daughter when they’ve done special things.

“Your child has cancer.”

These are words no one wants to hear and most people don’t even want to think about. Each day, however, 42 families in the United States will receive the devastating news that their child or teen has cancer.

September is Childhood Cancer Awareness month, which is symbolized by gold ribbons. The intent isn’t just to make people aware of cancer but to promote funding for cancer research and nonprofits that help families in need.

Acute lymphoblastic leukemia, or ALL, is a cancer of blood and bone marrow that is the most common childhood cancer in the United States. Like Lexi, approximately 3,100 patients under the age of 20 are diagnosed with ALL each year.

Though the 5-year survival rate for childhood cancers has reached 80 percent, nearly 2,000 kids under age 19 die each year, making cancer the leading killer of children by disease.

“Still to this day, it’s like, ‘Our baby has cancer? Really?’” Casi Vaipae said. “We’re only eight months into this, but still, eight months, you’d think I’d have a little bit more of a grip on it, but it’s still so, so life changing.”

The Vaipae family welcomes letters of encouragement for Lexi, which may be sent to: 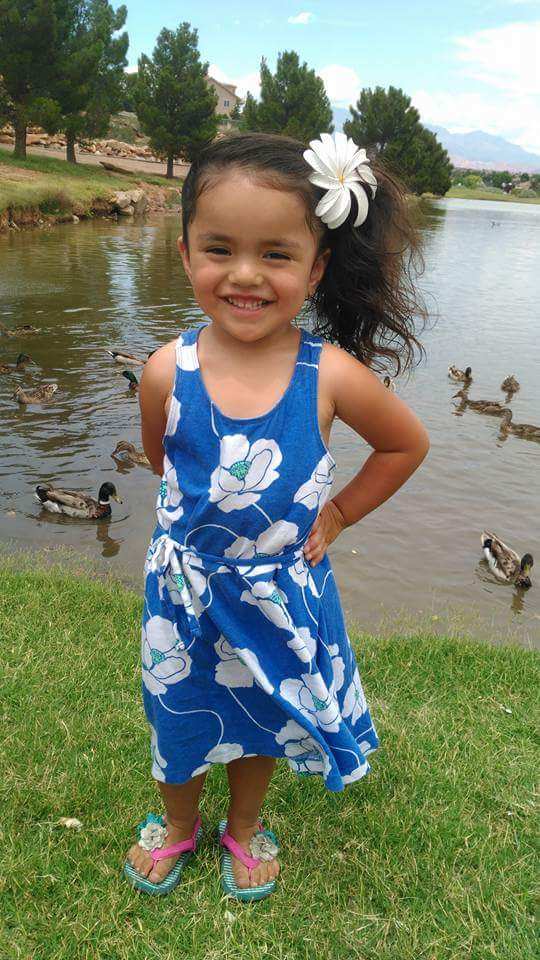 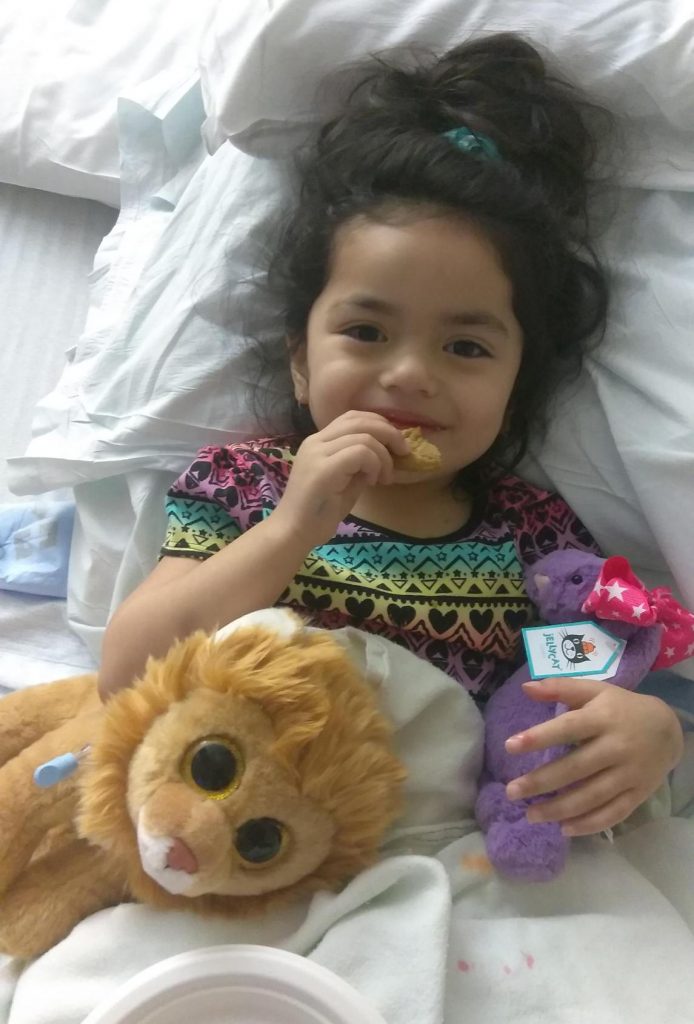 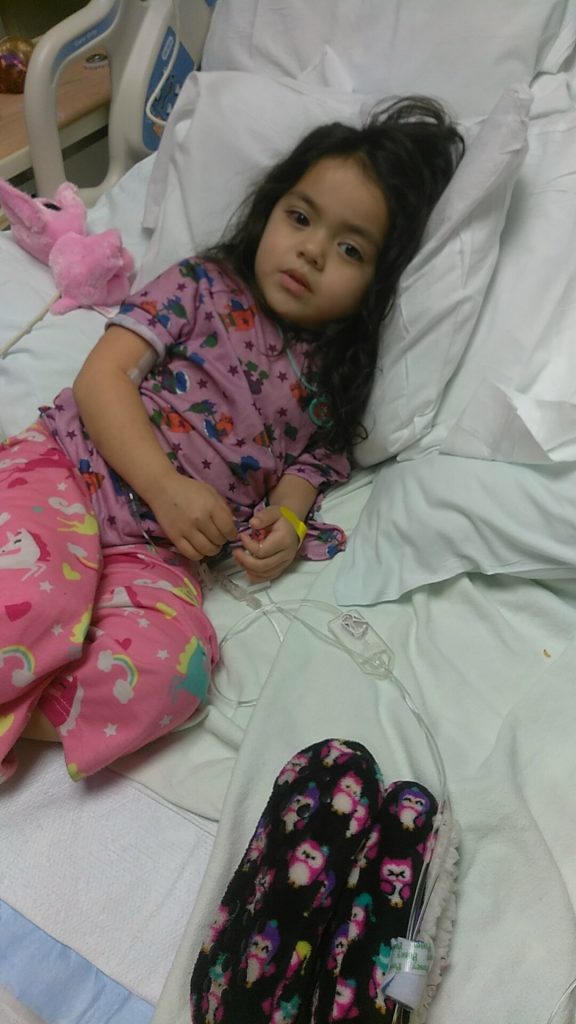 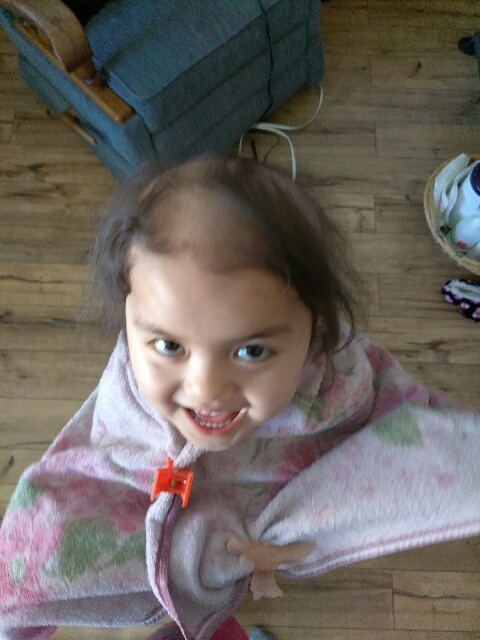 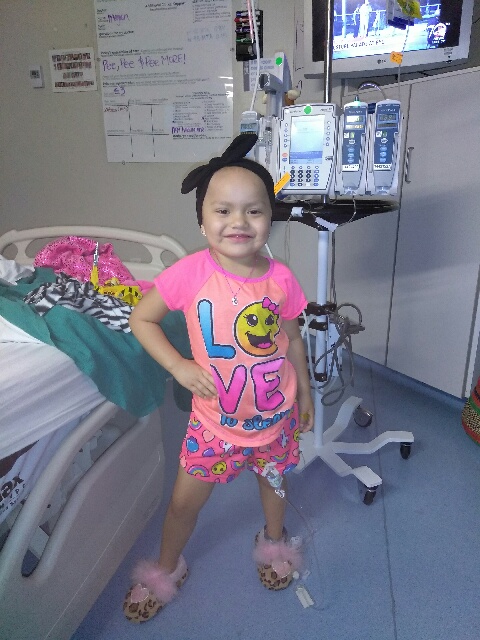 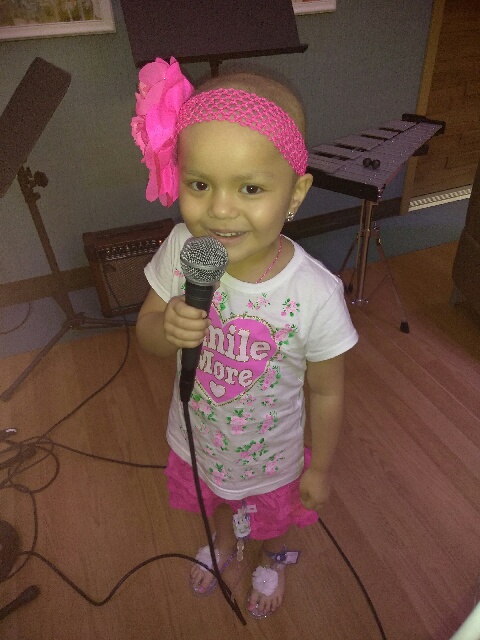 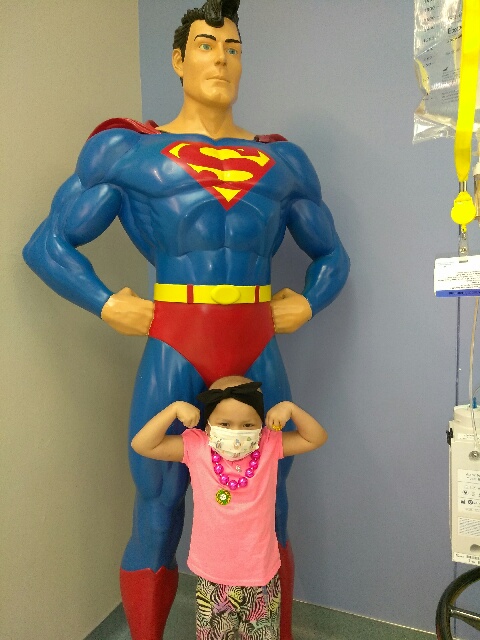 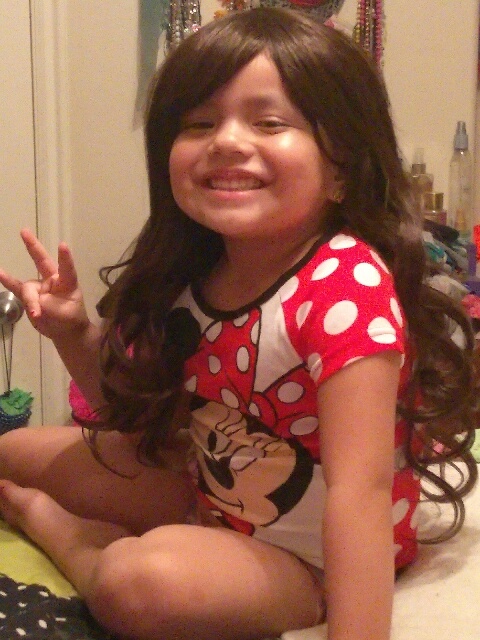 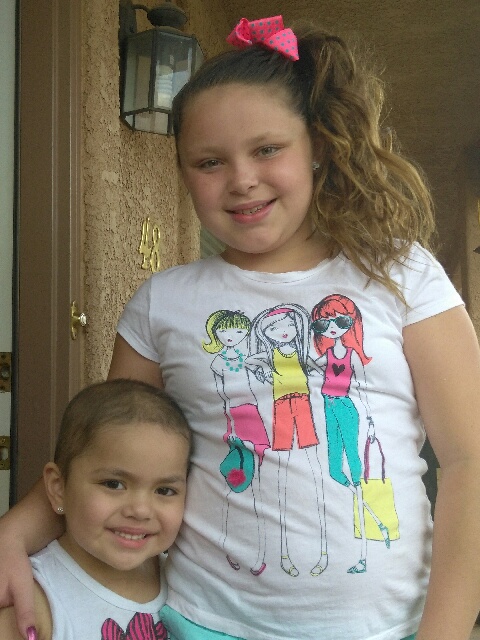 Beyond relaxation: Can meditation fight against 6 leading causes of death?

Here & there: When a broken spatula causes a sloppy grief