ST. GEORGE — A man driving a Ford Bronco was cited for failure to stop at a traffic signal Tuesday afternoon after he reportedly ran a red light and crashed into the driver’s side of a Jeep Cherokee.

St. George Police Officer Jamison Hale said the man driving the Cherokee was starting to make a left turn from northbound North Mall Drive onto westbound Red Cliffs Drive at about 2 p.m. when his car was struck by the 1996 Ford Bronco, which was heading east on Red Cliffs Drive.

“The light turned red, he (the Bronco driver) didn’t stop in time,” Hale said. “He went through the intersection and T-boned the 2003 Jeep Cherokee.”

After the collision, both drivers were able to drive their vehicles to the nearby parking lot of Red Cliffs Mall, where they waited for emergency personnel to respond.

The driver of the Cherokee complained of upper body pain and was taken to Dixie Regional Medical Center by ambulance. His injuries were not believed to be serious. The Bronco driver was uninjured and remained at the scene, where he tried to detach his front bumper to prevent it from rubbing against the front tires. Although both vehicles sustained noticeable damage, neither needed to be towed from the scene, Hale said.

The officer said another driver who witnessed the accident told him the driver of the Bronco did not stop for the red light.

As a general word of caution, Hale said drivers should make sure an intersection is clear of cross traffic before proceeding through it, regardless of the light’s color or whether it just changed. 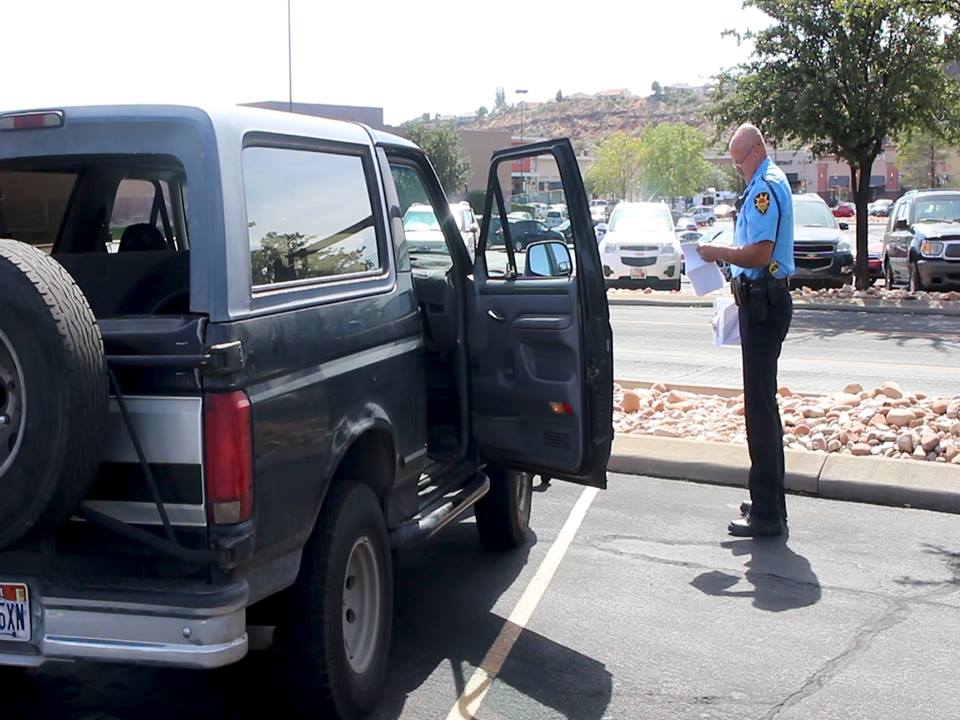 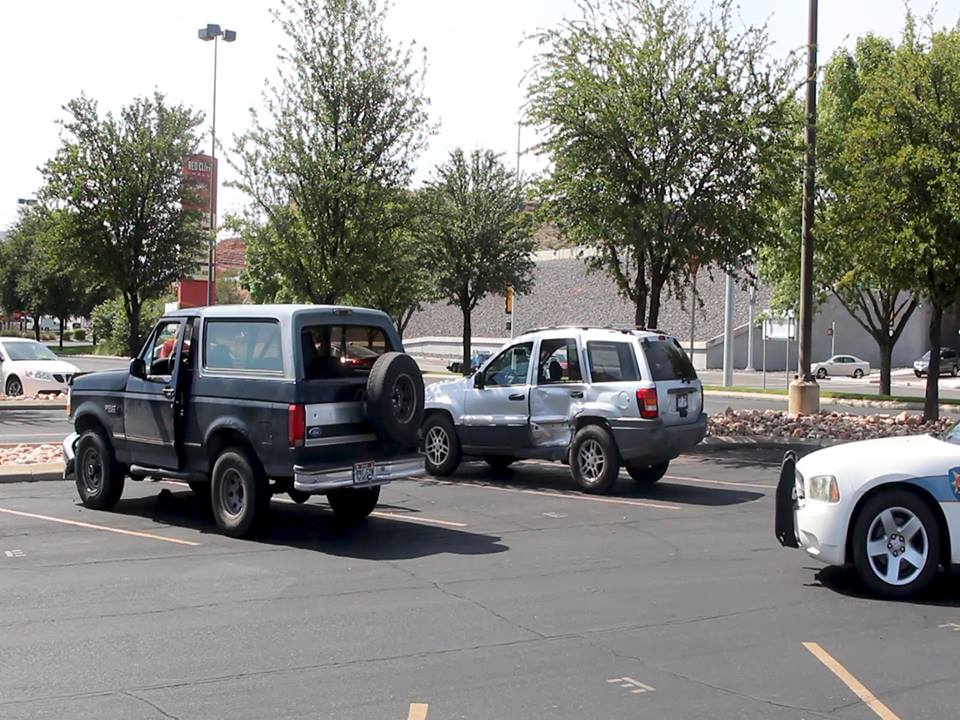 A damaged Ford Bronco and a Jeep Cherokee are seen in the parking lot of the Red Cliffs Mall in St. George, after the vehicles were involved in an accident at a nearby intersection in St. George, Utah, Tuesday, Sept. 19, 2017 | Photo by Jeff Richards, St. George News

Triple-collision, hospital trips result from another failure to yield