ST. GEORGE — A driver was seriously injured and flown to the hospital after his red convertible struck a semitractor-trailer on Interstate 15 at the Nevada-Arizona border Friday night.

At approximately 8:15 p.m. PDT/MST, 9:15 p.m. MDT, emergency personnel were dispatched to the crash on southbound I-15 near mile marker 22 in Mesquite, Nevada, involving a convertible that struck a semitractor-trailer on the Arizona side of the state line, Mesquite Fire Department’s Public Information Officer Ryan Thornton said.

The Mesquite Fire Department requested mutual aid from Bunkerville and Beaver Dam/Littlefield Fire departments, along with assistance from Mercy Air due to the severity of the crash.

Upon arrival, responders found the convertible driver trapped inside of the car and unconscious, Thornton said. Once he was extricated, EMTs worked to stabilize him.

“He was responsive to pain only,” Thornton said, “so we initiated a rapid trauma sequence, since he appeared to have suffered a serious head trauma, and prepared him for air transport.”

The semi driver was located on the side of the interstate where he had pulled his truck over and waited for emergency personnel to arrive.

Both southbound lanes of I-15 were closed for approximately 15 minutes to allow Mercy Air to land, and once the driver was loaded into the helicopter he was flown to Dixie Regional Medical Center in St. George for evaluation and treatment.

According to witnesses statements obtained at the scene, Thornton said, the man driving the convertible was heading south at a “high rate of speed” and struck the rear of the slower-moving semi directly in front of him. The impact spun the car around and sent it veering off of the right shoulder of the interstate before it collided with a road sign that cautions drivers to drive safely, knocking it to the ground.

After spinning, the convertible came to rest on the Arizona side just a few feet from the “Welcome to Nevada” state line sign, Thornton said. The semi pulled to the shoulder just ahead on the Nevada side.

“The semi driver was going freeway speeds, he just wasn’t going as fast as the car,” he said.

The semi driver reported no injuries in the crash and no visible damage to the semi was observed or reported. However, the convertible sustained extensive frontal damage and was later towed from the crash scene.

Although injured, the man driving the convertible was properly restrained during the accident, Thornton said, and the car’s airbags deployed upon impact.

No information on the injured driver’s current condition was available Saturday, Thornton said.

This report is based on preliminary statements from emergency responders and does not contain the full scope of findings. 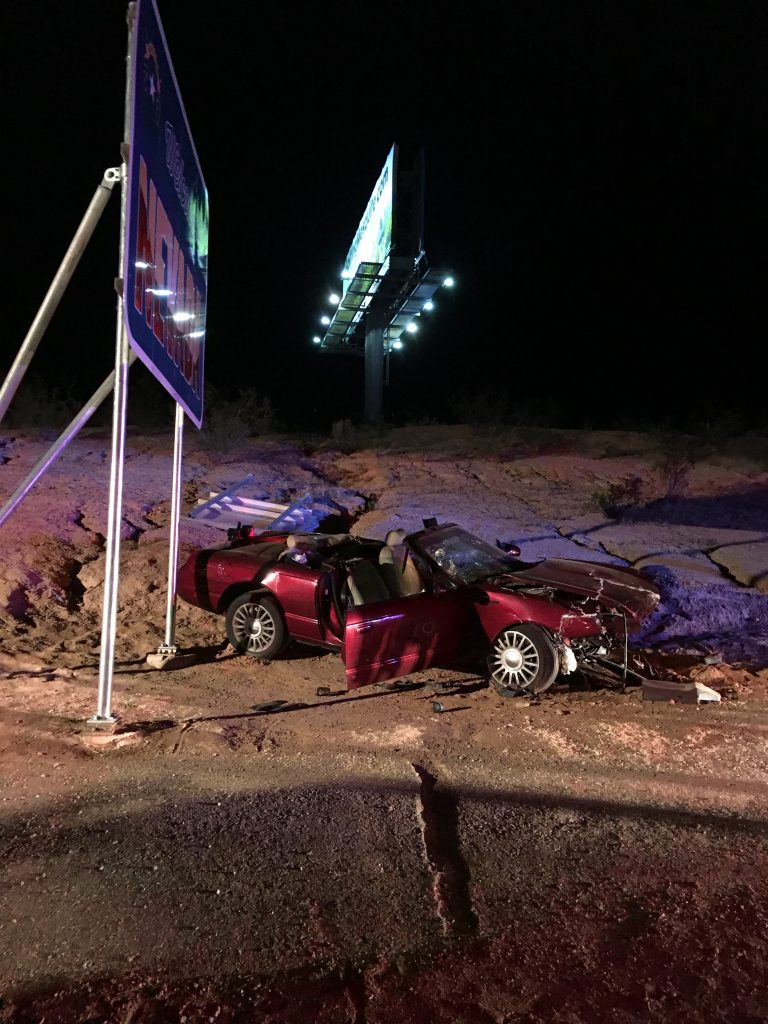 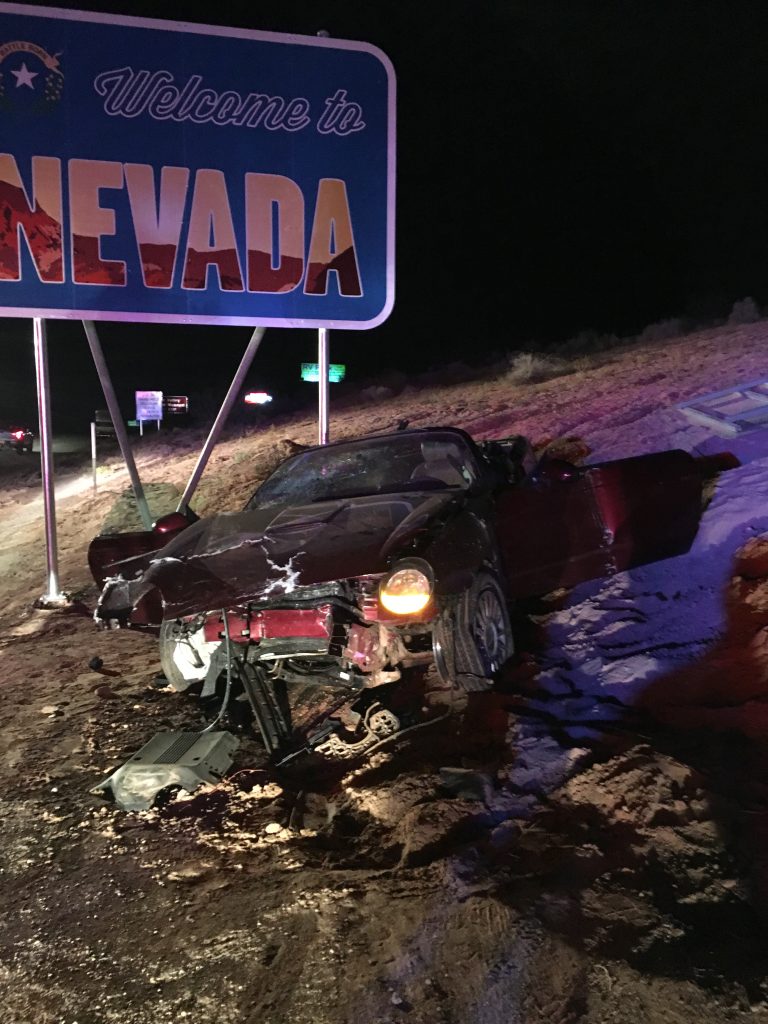 Late night in Mesquite ends in rollover in the Gorge

Ask a Local Expert: Is now the right time to refinance my home?