WASHINGTON CITY — A woman was injured after falling 40-feet down a steep embankment while hiking along the cliffs east of Telegraph Street Wednesday evening.

Shortly after 6:30 p.m. emergency personnel were dispatched to a report of an injured hiker who fell from the cliffs in an area near Purgatory Flat. Washington County Sheriff’s Search and Rescue teams were also called to assist.

Intermountain Life Flight was called to the scene in the event the woman’s injuries required air transport to the hospital. The helicopter landed on a ledge approximately 100 feet from the the bottom of the cliff.

As emergency personnel arrived, they discovered the hiker was 100 feet down below the top of the the 400-foot cliff.

“I’m not sure if it was a straight fall or a rolling fall; I’m thinking it’s more of a rolling fall down the side of the cliff,” Washington County Sheriff’s Search and Rescue Liaison Darrell Cashin said.

The rescue team began making their way to the injured hiker who landed on a ledge after the fall and was soon joined by her husband who hiked down to help her.

Meanwhile, the medical flight crew hiked up to where the rescue team was located and began assessing the hiker’s injuries. The team found multiple dislocations or possible fractures, along with cuts, scrapes and bruising consistent with falling and then tumbling down the side of the cliff.

The woman was placed in a Stokes basket while the high-angle rescue team set up a system to lower the basket slowly down the side of the cliff using low lines and a pre-rigged pulley system. The basket is equipped with a harness, and a rescuer is hooked to the basket to help guide it down the rock face without hitting the sides, which also places the attached crew member in a position to help the patient if needed.

“We were trying to make it as comfortable for her as possible, particularly in light of her injuries,” Cashin said, “and any bump or movement of the basket could cause her pain or make those injuries worse.”

The steep incline of the cliff side also made it impossible for rescuers to carry the basket down safely to where the Life Flight helicopter was waiting.

Cashin also said the area where the rescue took place presented risks for the rescue team, including steep areas where loose rock and dirt made hiking or climbing dangerous, and he said he wanted them to slowly descend down the cliff to ensure that everyone made it out safely.

The hiker was lowered approximately 200 feet down and loaded into the helicopter then flown to the ambulance stationed in the parking lot of the Washington County Fairgrounds. Once there she was ground transported to Dixie Regional Medical Center for evaluation and treatment.

“Life Flight remained on scene for the entire time assisting in the rescue, and since the hiker’s injuries didn’t require an air transport to the hospital, she was ground transported,” Cashin said.

By about 11:30 p.m., the hiker was on her way to the hospital, the helicopter returned to the helipad at Dixie Regional Medical Center and the Search and Rescue team made their way home.

“It was a long rescue, but with the rocky terrain, loose rocks falling near the victim and rescuers, as well as other dangers present, it was better to go slow on this one, and everyone got out safely,” Cashin said. 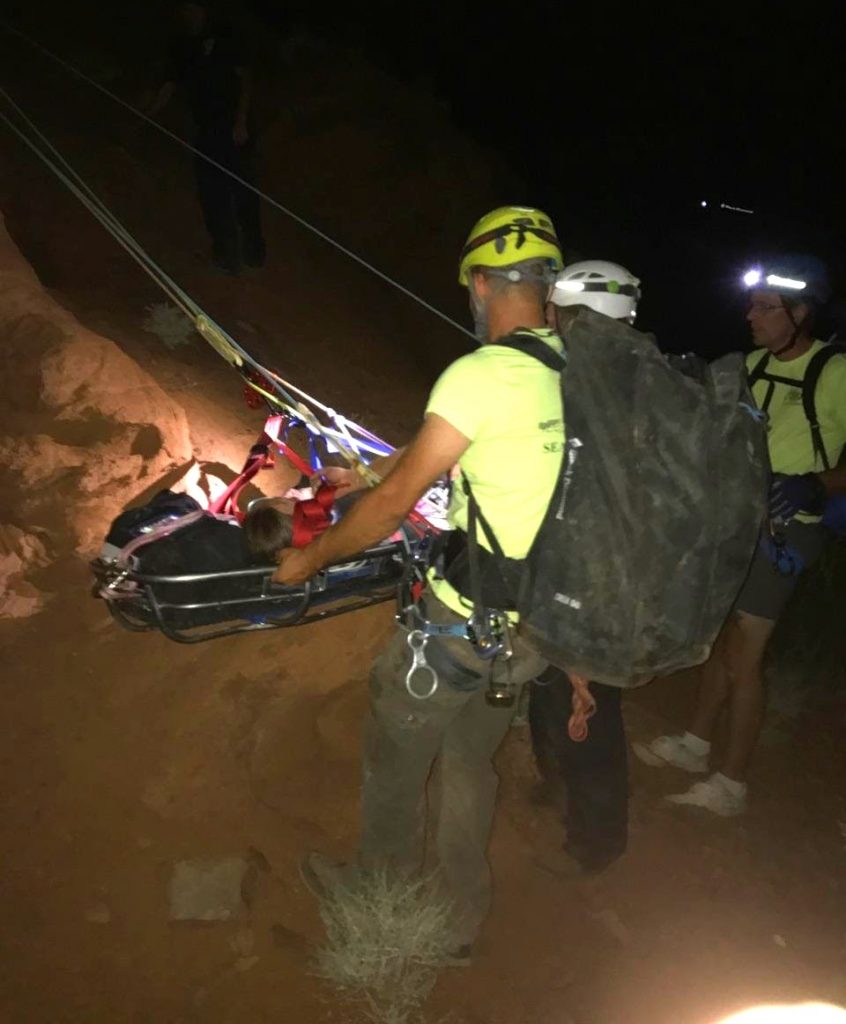 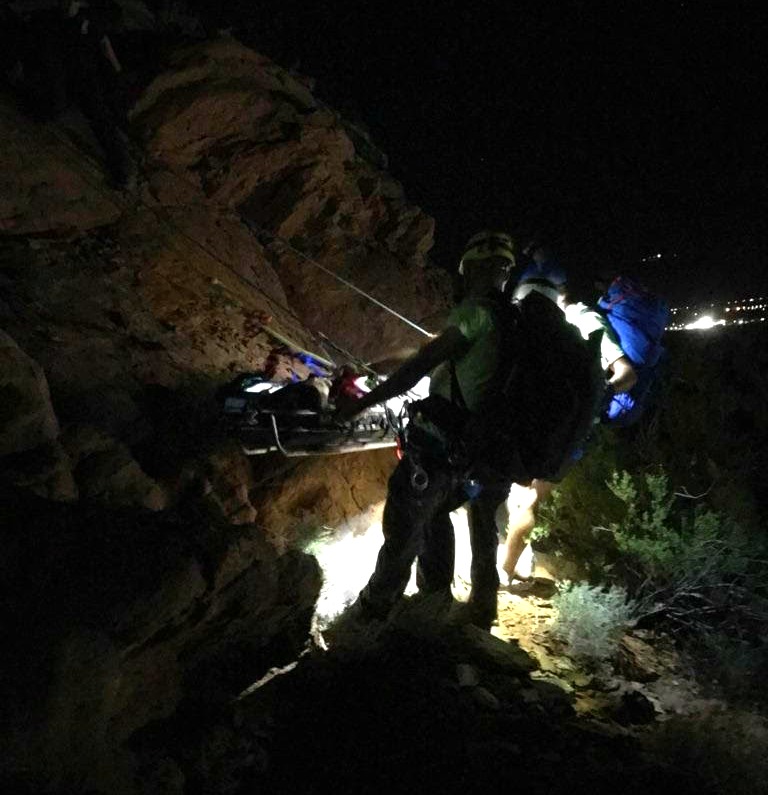 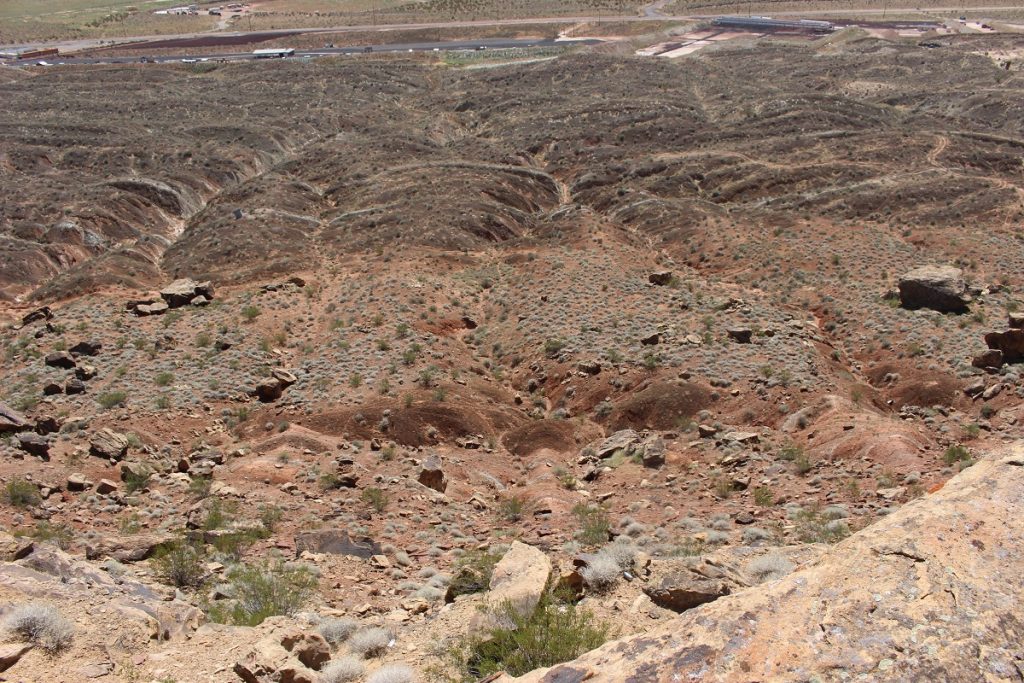 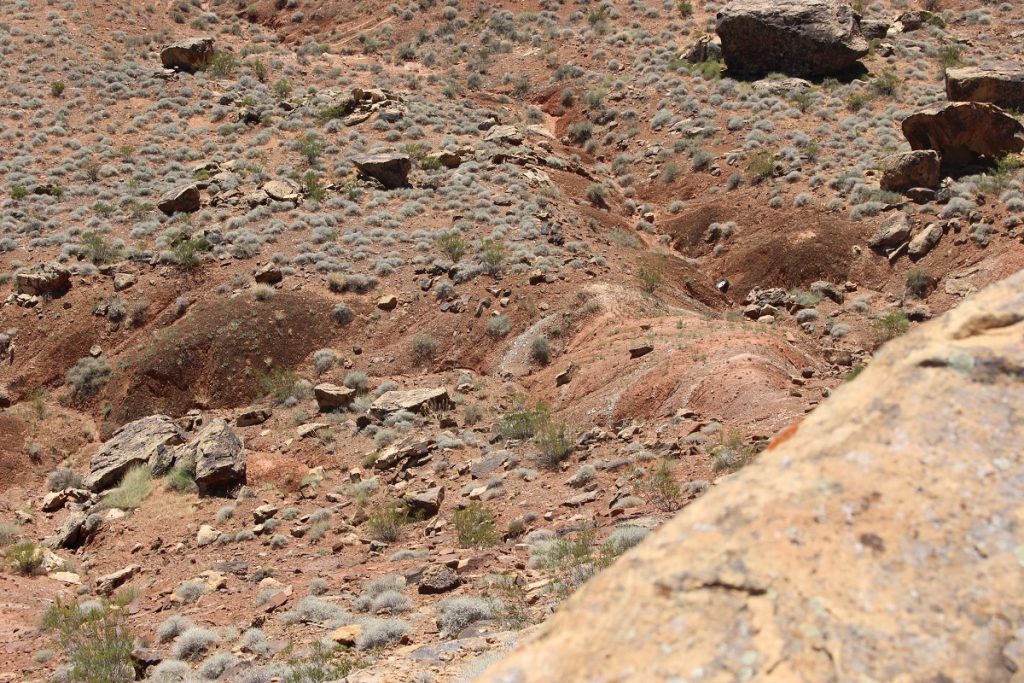 Busy weekend for search and rescue crews, safety tips for hikers and cyclists

Search and rescue calls higher in 2017 than past years

Search and Rescue: Who pays for it?