ST. GEORGE — Every hero has a past, and for one man the past involved spending more than 17 years in prison. Upon release he became an advocate of higher education for a sometimes neglected demographic in society – the children of prison inmates. More importantly he backed the cause with funding.

The children of incarcerated parents often face extraordinary challenges when compared to those whose parents are never imprisoned. Among these challenges are emotional distress over the temporary loss of a loved one and the resulting economic hardship.

Due to the financial strain placed on the family, the goal of earning a college education can be out of reach for many these children.

“I decided to help the children of those who are incarcerated, because these kids are really the forgotten victims of crime,” Karl “Willy” Winsness said.

Winsness, owner of  Karl’s Affordable Plumbing in West Valley City created the Willy the Plumber scholarship program to address some of the challenges that many of these children face by offering a chance for them to pursue higher education.

One of this year’s scholarship recipients, Tiffany Harris of Santa Clara, recently relocated to Provo to attend Brigham Young University where, she said, she is majoring in biochemistry.

Harris was placed in the custody of her grandparents when she was very young because her father was in prison and neither parent was in a position to provide a stable home,  she said. She lived with them in Santa Clara until recently moving north to attend school.

“I was actually raised by my grandparents,” Harris said, “and they are truly my inspiration.”

Harris’ father has been in and out of prison in California throughout her life, she said, and she only met him one time in 2008. She has not seen him since.

Harris submitted the application and essay to the Willy the Plumber scholarship program. In May she received notice that she was one of two recipients awarded this year.

“The scholarship has been a real help,” she said. “It’s been wonderful.”

Winsness was incarcerated at both the Utah State Prison in Draper and the Central Utah Correctional Facility in Gunnison, and after spending 17 years in prison he was released in 2004.

He witnessed firsthand the impact his incarceration had on his two daughters, Lisa Curtis and Jamie Lee, particularly as they prepared for college. The economic obstacles they faced in their efforts were made more difficult because of his incarceration.

”Families suffer great financial strain when one or more parents are incarcerated, and that doesn’t change right away.”

While working on his appeals he began thinking of ways to help, and to give back to society, he said.

In 2011, Winsness created the “Willy the Plumber” scholarship program to plant a seed for success, he said, and to support teen efforts in maintaining good grades, staying out of gangs and off drugs – and to provide some direction. Without direction, he said, they may fall into behaviors and activities that can lead them into trouble, even prison.

“These children haven’t done anything wrong, and are basically the victims of their parents’ bad choices,” he said, “and I wanted to help change that.”

For Winsness the quest was personal, and by 2013 the program was ready to go, he said, and he’s been committed to the cause ever since.

The program is funded through donations from individuals and businesses, inmates at the Utah State Prison and a large portion from Winsness’ own pocket.

Scholarships are awarded in the amount of $1,000.00 to new students, and $500 for those learning a skilled trade or who are already attending college. The number of scholarships granted is dependent upon the amount of donations received, he said.

In 2017 two $1,000 scholarships were issued, including the one presented to Harris, he said, and are one-time scholarships designed to help them get started.

The funds are issued directly to the school, and can be used for housing, books, or whatever is needed, he said.

“They take care of everything, because giving money away is more difficult than most people think,” Winsness said.

Applications will be available online in February 2018 at the Community Foundation of Utah website.

To qualify for the scholarship applicants must meet the following criteria:

Prepared to submit the following documents:

“It’s up to me, the public and the Utah State Prison inmates to make sure that this scholarship keeps working,” the scholarship’s creator said.

Support for the Willy the Plumber scholarship is much needed for the next school year. To find out more or make a donation, visit the scholarship website. 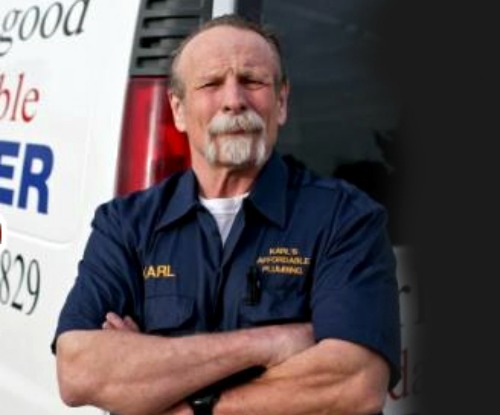 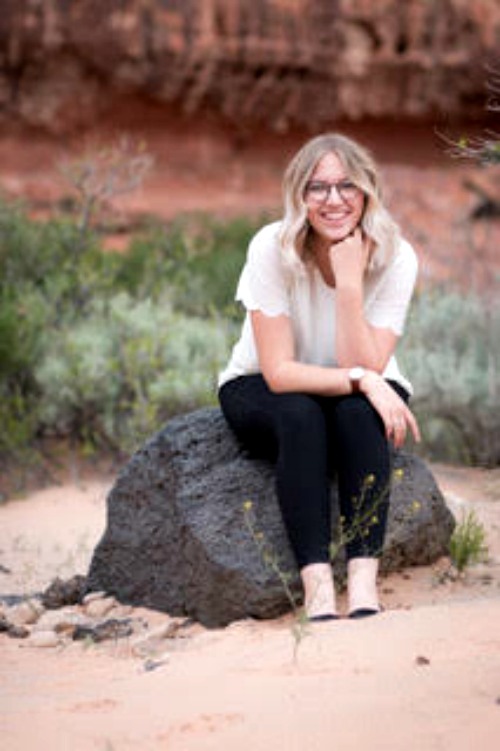 Tiffany Harris is the recipient of the Willy the Plumber Scholarship in 2017, Santa Clara, Utah, circa 2017 | Photo courtesy of Tiffany Harris, St. George News 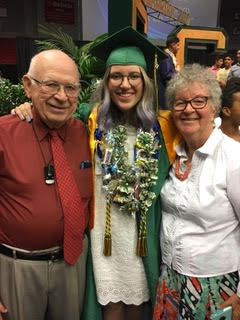