ST. GEORGE — A man is dead after being ejected from a pickup truck while two passengers suffered minor injuries during a rollover crash in Washington City Wednesday.

Shortly before 7 a.m. officers and emergency responders were dispatched to a single-vehicle rollover involving a 2009 Toyota pickup truck carrying three occupants. The crash occurred at the on-ramp from Long Valley to eastbound state Route 7.

The driver, 32-year-old Tyler Charles of Fredonia Arizona, was ejected from the truck and pronounced dead at the scene, UHP Trooper Grant Hintze said.

The truck was heading east on the on-ramp from Long Valley to SR-7 near mile marker 15 when the the driver lost control and the truck went off the left-hand shoulder of the roadway. The man then over-corrected to the right which sent the truck careening off of the right-hand shoulder and overturning, Hintze said. The truck came to rest upside-down with the wheels in the air.

Hintze said the two women were very fortunate as they also unrestrained and thrown around the vehicle during the rollover but remained inside of the truck during the crash. Both sustained minor lacerations and bruising and were treated by EMT’s at the scene, but declined to be transported to the hospital and told officers they were being picked up by family members.

“The women were very lucky that they were not ejected during the crash, and they were all over the vehicle as it rolled but remained inside of the truck,” the trooper said.

Troopers are looking into DUI as a possible factor in the crash due to statements made by both passengers that the trio were allegedly gambling and drinking in Mesquite the night before, and he added:

“The truck smelled strongly of alcohol, there was an open container found inside of the vehicle, and one of the passengers was extremely intoxicated but both women smelled of alcohol when we spoke to them,” he said.

This report is based on preliminary information provided by law enforcement and other emergency responders and may not contain the full scope of findings. 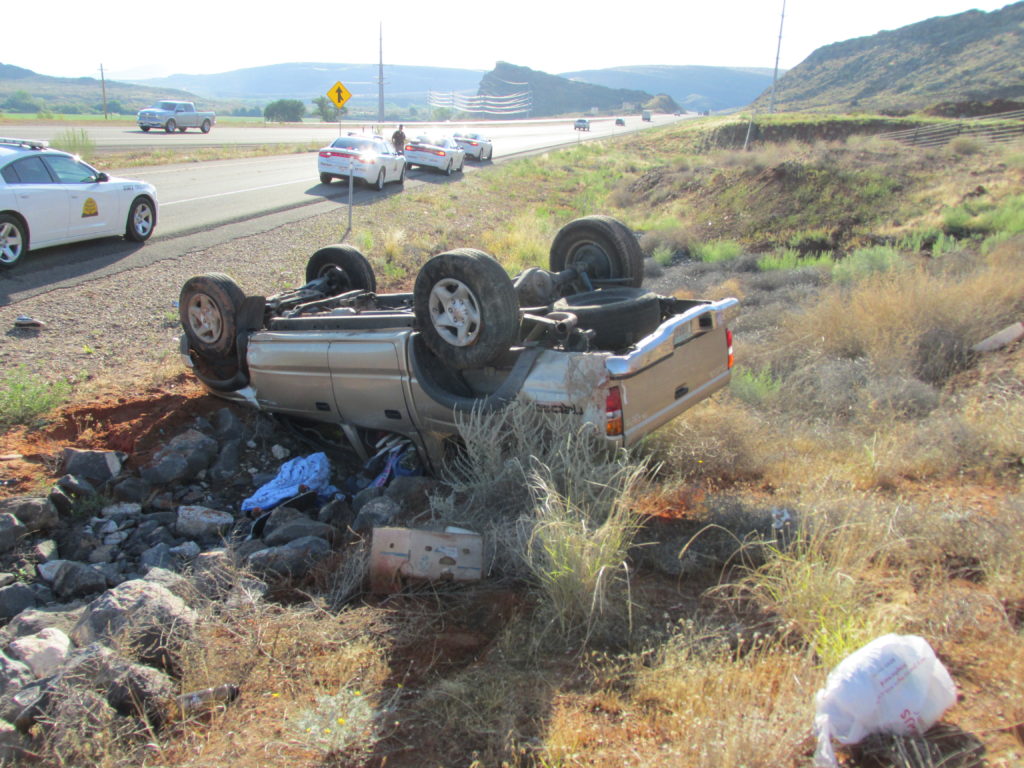 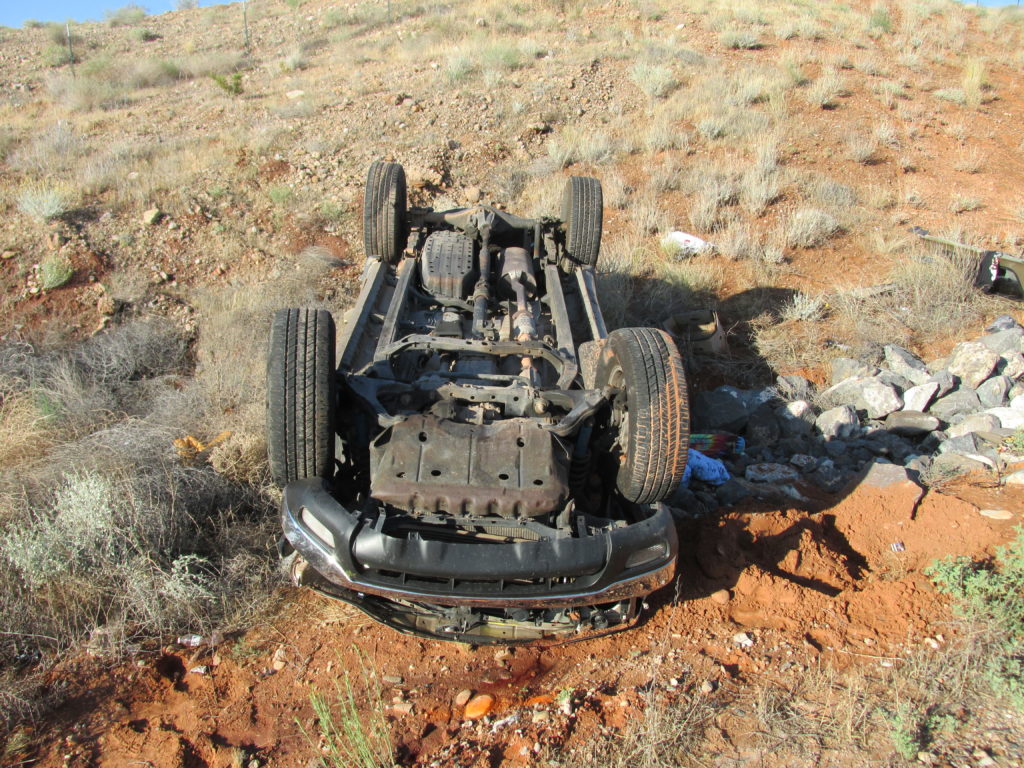 Woman dies in fatal I-15 rollover near Mesquite

Late night in Mesquite ends in rollover in the Gorge

Class 4A girls basketball state semifinals: Pine View and Cedar set to face off in the championship