Investigators and rescue personnel from the Washington County Sheriff's Office are on Kolob Terrace Road after a woman is found dead inside a damaged vehicle at the bottom of a deep ravine, Thursday, Washington County, Utah, July 6, 2017 | Photo by Cody Blowers, St. George News

WASHINGTON COUNTY — A woman was found dead and a vehicle was discovered more than 300 feet down a steep ravine off the side of Kolob Terrace Road Thursday morning. A dog survived the crash.

Shortly after 11 a.m. officers, a search and rescue team and emergency medical personnel were dispatched to Kolob Terrace Road in Washington County after a bystander called in to report a vehicle sitting at the bottom of a deep ravine west of the roadway, Lt. Dave Crouse with the Washington County Sheriff’s Office said in a statement issued Thursday afternoon.

Upon arrival officers found a severely damaged 2000 Honda Civic at the bottom of a 300-foot ravine sitting upright that appeared to have left the roadway before continuing off of the cliff.

The vehicle was located east of Sunset Ranch off of Kolob Terrace Road, approximately five miles north of state Route 9.

Officers located one individual that was deceased. The victim’s dog was later transported to a local animal shelter.

The witness who reported the incident told officers that he noticed a damaged street sign while traveling down Kolob Terrace Road toward SR-9 and pulled over to investigate. The man noticed the Honda sitting down at the bottom of the ravine and called 911 to report it.

The cause of the accident is still under investigation, Crouse said, and the name of the victim is being withheld pending notification of next of kin. 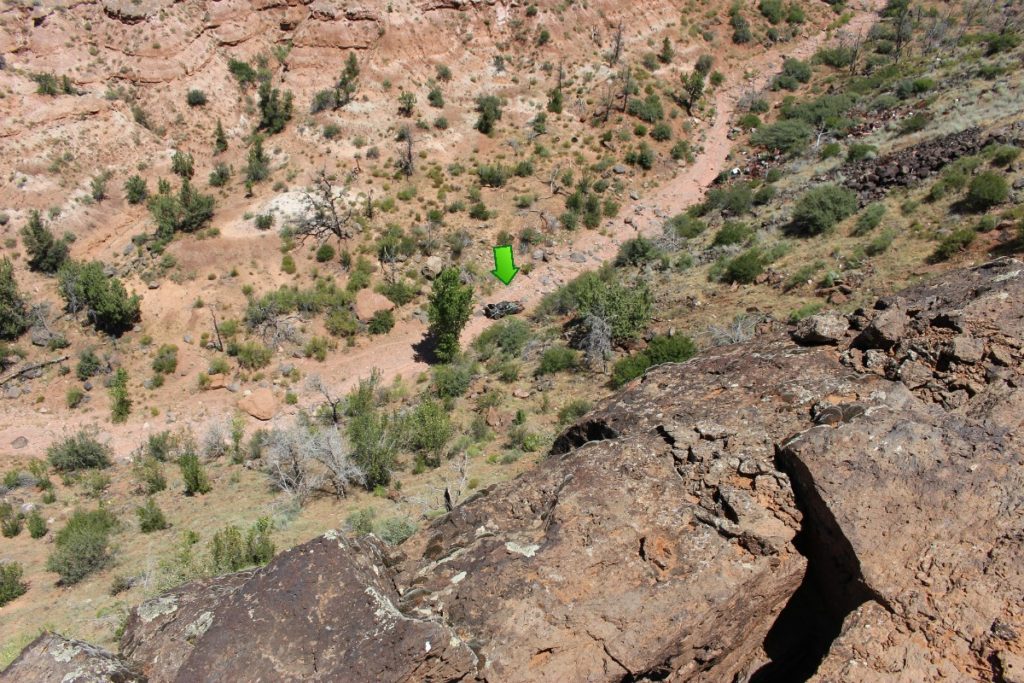 A green arrow points to a Honda sitting upright at the bottom of a steep ravine as seen from the edge of Kolob Terrace Road Thursday, Washington County, Utah, July 6, 2017 | Photo by Cody Blowers, St. George News 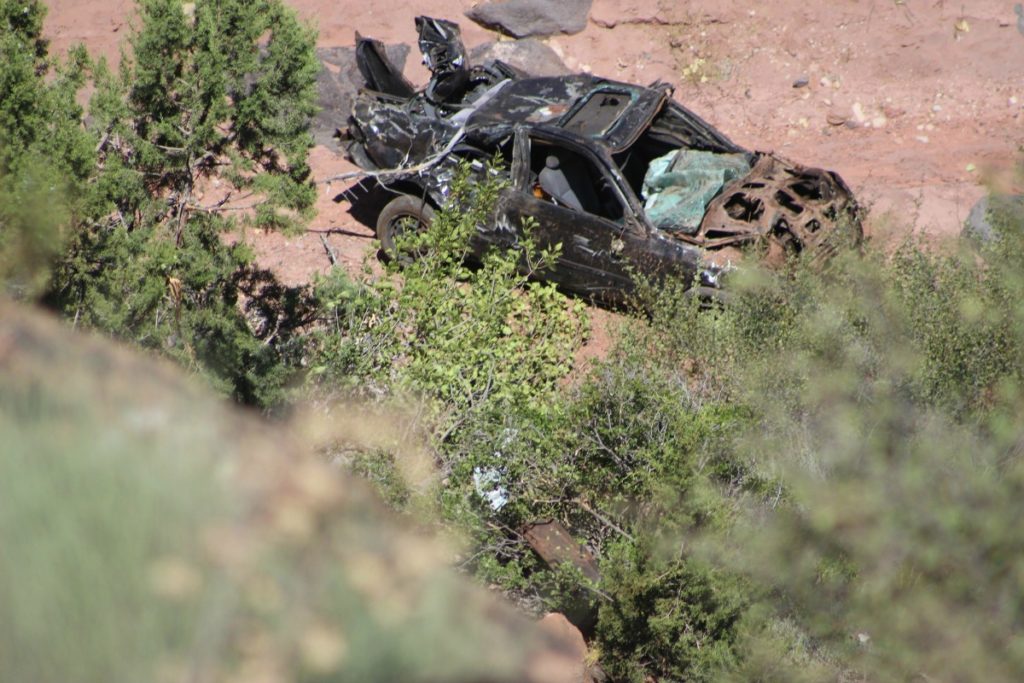 A Honda is discovered sitting upright at the bottom of a steep ravine off of Kolob Terrace Road Thursday, Washington County, Utah, July 6, 2017 | Photo by Cody Blowers, St. George News 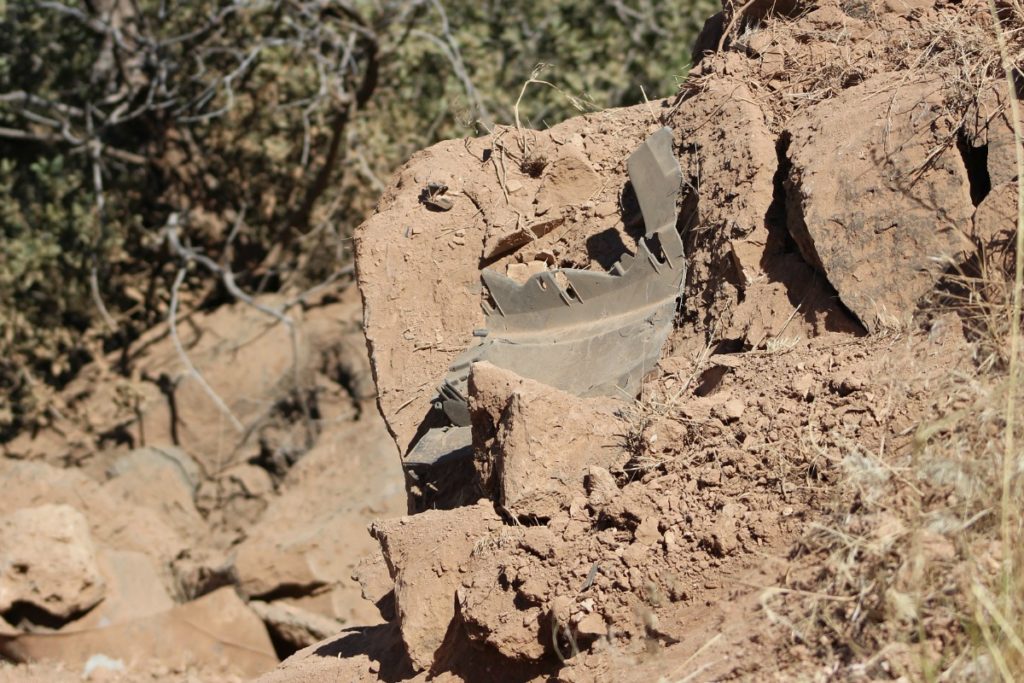