ST. GEORGE — After more than four decades of taking daily weather observations vital to the mission of the National Weather Service, a southern Utah man was recognized Thursday for his volunteer efforts.

Layton Barney was presented with the ” John Campanius Holm” award at the Sterling Court Assisted Living facility, located at 324 N. 1680 East in St. George, in honor of his many years of service to the National Weather Service, Randy Graham, meteorologist in charge of the Salt Lake office said.

“Layton did observations for 42 years, which takes an incredible amount of dedication and spirit to do these day after day for that many years, and the quality of those observations was very high,” Graham said.

This is a high-level award, Graham said, with 25 individuals selected from a pool of more than 10,000 volunteers from across the country.

Barney recorded daily weather readings from his residence in Hatch, approximately 15 miles south of Panguitch in Garfield County. Hatch boasts a population of around 141 residents, according to the 2014 Census Bureau.

Barney said he took on the volunteer position after the previous weather reader passed away, adding his decision was motivated by his desire to serve and to do something for his country.

“This country’s been good to me, and I wanted to give back for as long as I could,” said Barney, who also served in the U.S. Army during World War II as a machine gunner and was stationed both on the European front and in Japan.

Barney provided readings every single day over those years, although there was one exception when he and his wife served a two year mission in Orange County, California, for The Church of Jesus Christ of Latter-day Saints. During that period the weather readings were recorded by his son, Craig Barney.

Once Barney returned to Hatch he continued in his volunteering efforts until 2016 when he suffered a few minor falls. So at the age of 91 he decided it was time to turn the reins over to someone else.

Although the National Weather Service uses information provided by automated systems and weather service stations across the country, the volunteer weather observers are considered to be its “most valuable” resource, according to the National Oceanic and Atmospheric Administration. Any information provided by volunteer weather spotters and recorders is maintained at the National Weather Service headquarters in Silver Springs, Maryland.

The “John Campanius Holm Award” was created in 1959 for the National Weather Service to honor volunteer weather observers for outstanding accomplishments in the field of meteorological observations. The first award was presented in 1960. The award is named after Holm, a Lutheran minister, who was the first observer to take systematic observations in the American colonies in 1644 and 1645.

The data is then sent to the volunteer’s local National Weather Service office, which distributes it to the public and sends it to be archived at the National Climatic Data Center, according to the organization’s website. 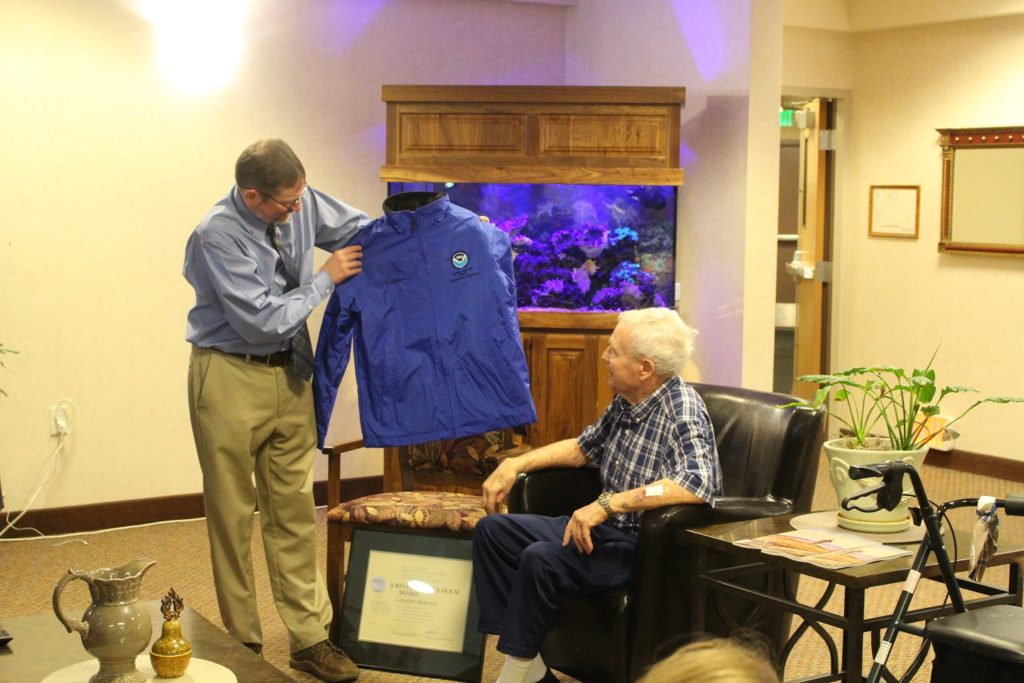 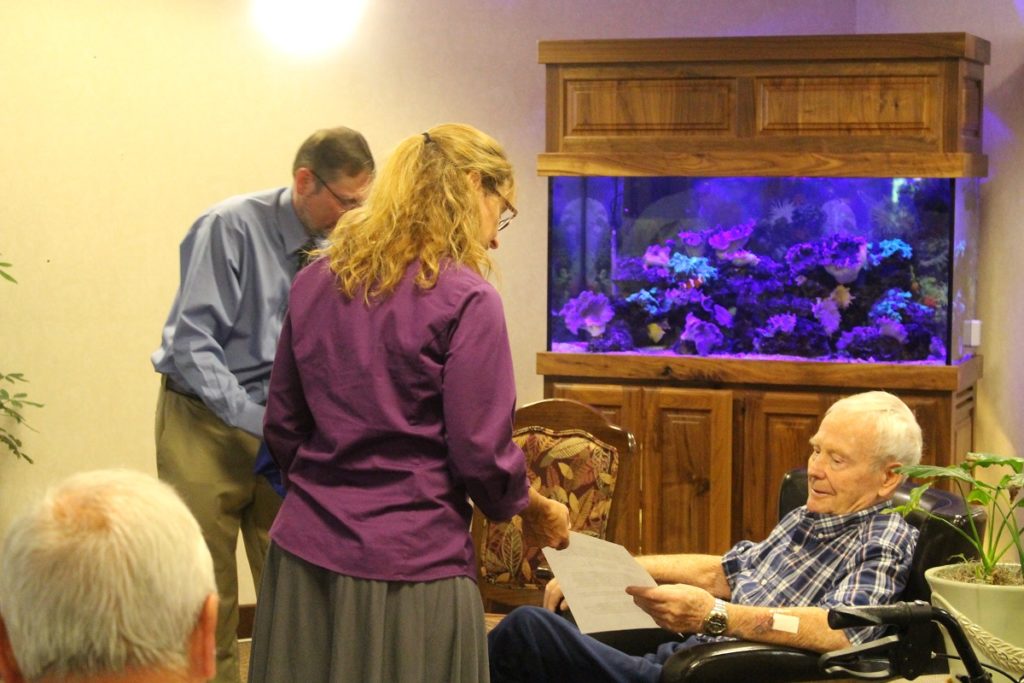