SANTA CLARA – City officials passed a $4.47 million budget for the city’s general fund and set the date for an open house on planned development in the South Hills area Wednesday. 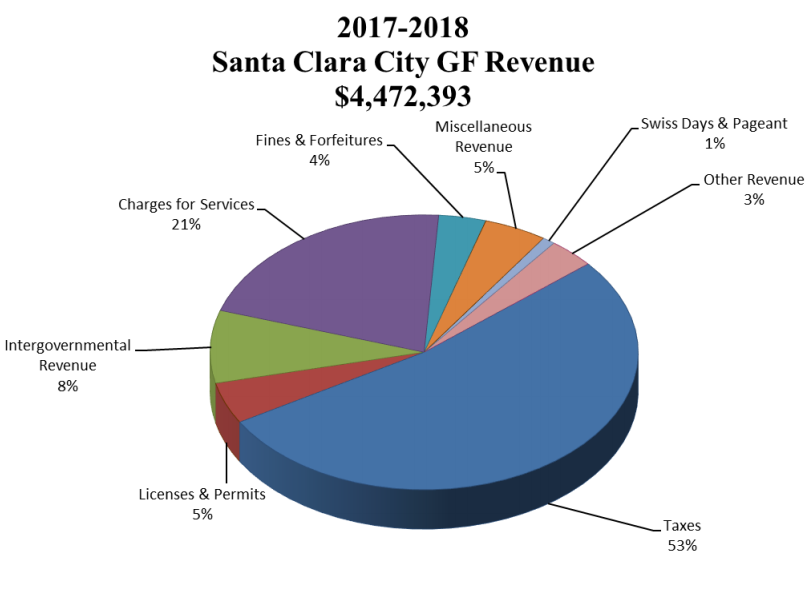 The budget, which was passed at a regular meeting of the Santa Clara City Council, includes a 5.4 percent average wage increase for employees of the city.

However, the city did not see the commercial growth around Harmons that was expected.

City officials anticipate continued residential home growth with the new subdivisions now in the development process. The budget estimates a 3 percent increase in property tax revenues and a decrease of 9.5 percent in sales tax.

The city power department has one major project budgeted for the year – the $300,000 South Hills transmission line. The budget for the city’s storm water fund increased 51 percent over the previous year due mainly to work on the landslide stabilization project.

Projects for next year include the design of a new Chapel Street Bridge, finishing up the west side of Gubler Park, and the design of the Stucki Heritage Park.

The budget can be viewed here or on the Santa Clara City website.

In other business, the council approved a new classification of “full-service restaurant” liquor license.

The new license would allow the sales of beer, wine and hard liquor and is expected to be applied for by Harmons in conjunction with the grocery store’s cooking school.

Officials have scheduled an open house to show residents the most recent version of plans for the 2,000-acre expansion in the South Hills area.

Santa Clara Harmons 'Party on the Patio' a huge success

Santa Clara says 'no' to condo project in South Hills